Oakmont Country Club is the oldest top ranked country club in the Unites States. It's located in the suburbs(Oakmont) northeast of Pittsburgh. The course was built in 1903 and was designed by Henry Fownes. Oakmont has hosted the U.S Open 9 times, thats more than another course, and has hosted 21 more major championships, perhaps none more famous than the playoff between Jack Nicklaus and Arnold Palmer in 1962. Oakmont held the U.S. open again 2016. The course is rated in the top five best, hardest, and overall golf courses in the U.S. every year.

The renovated club house with 18th green in the foreground. 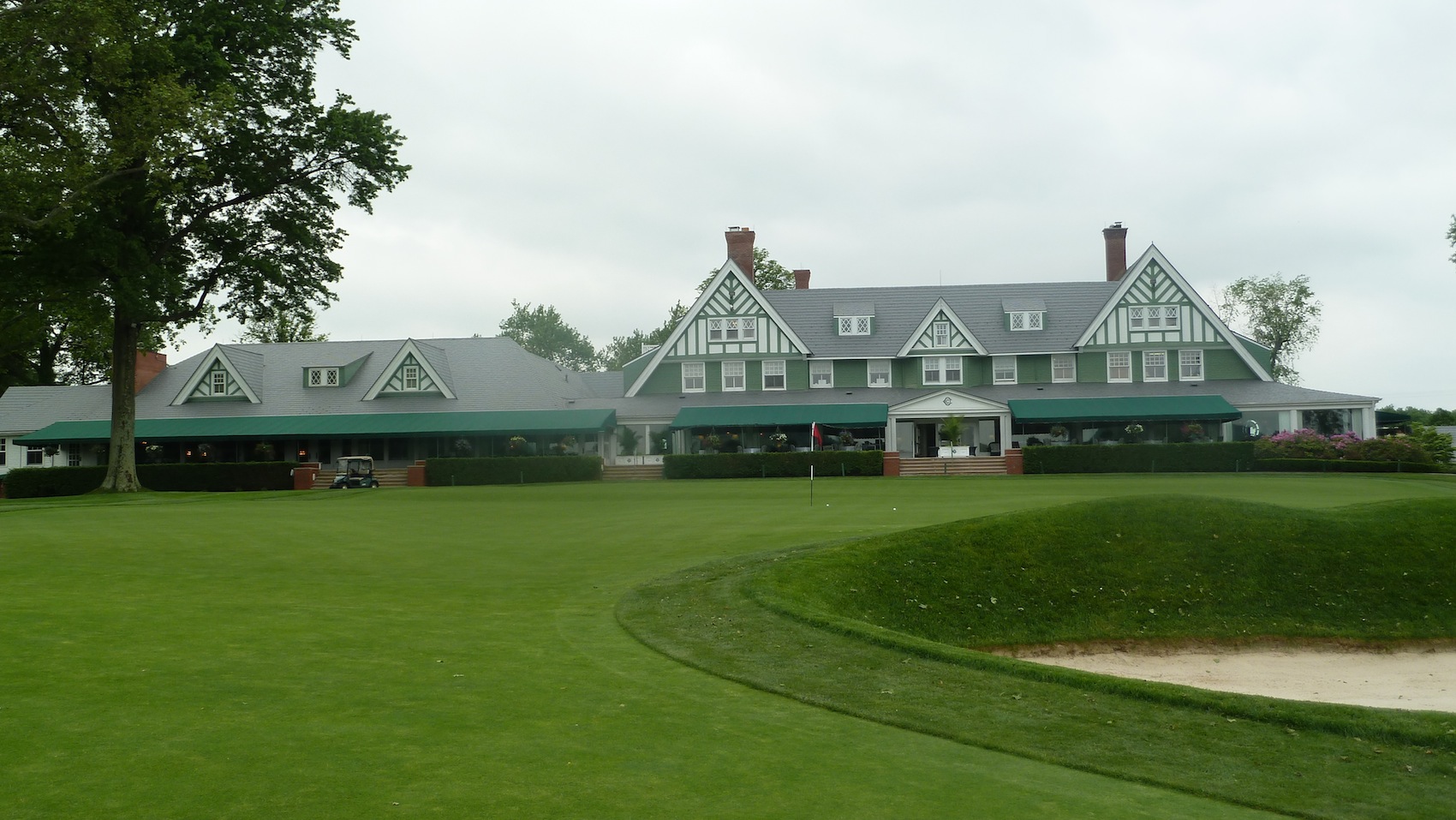 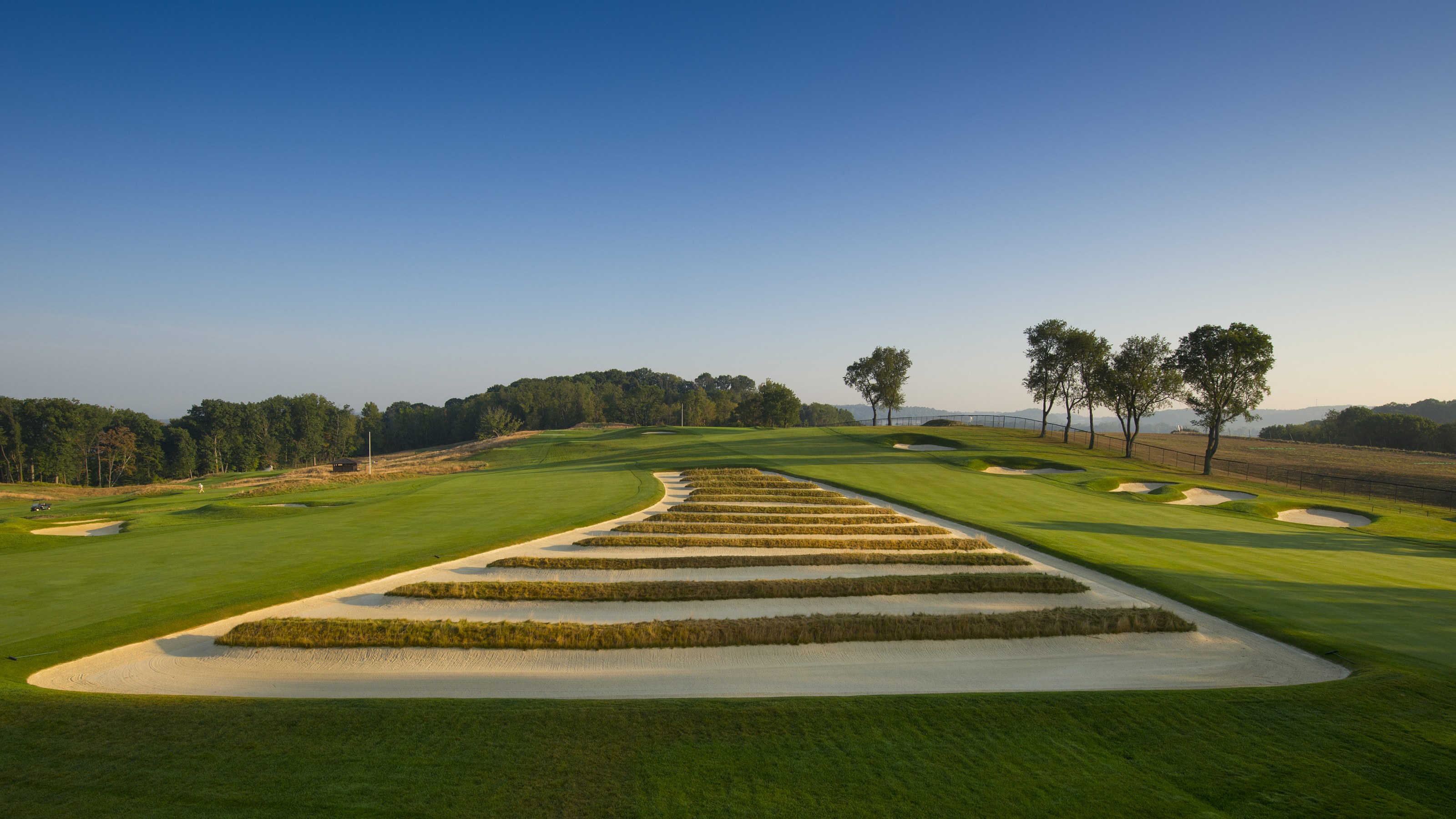 Born of a household accident, Oakmont was carved from rolling farmland over a year's time and opened in 1904.  Henry Fownes and his son, William, were the driving forces behind its construction and both envisioned a link-style course similar to those popular in Europe at that time.  To that end, they designed and built a course with no water hazards, few trees and almost 200 bunkers, none more famous than the Church Pews Bunker.

Oakmont is also famous for its large, fast, and undulating greens, all of which are original except the 8th.  It was moved to make room for construction of the Pennsylvania Turnpike in the 1940s which still bisects the course.  Over the years, trees were allowed to grow and mature on the course.  However, that changed during a 2007 renovation of the course when between 5,000 and 8,000 trees were removed to take Oakmont back to its links roots.