Found all throughout Bisbee are a variety of concrete stairs connecting the city center with the residential homes and the businesses with each other and everything with the nearby mines that were crucial for Bisbee's existence and propensity. Originally wooden steps made throughout the late 1800s, the Works Progress Administration (WPA) came to Bisbee in the 1930s and replaced the steps with concrete ones. There are around 1,000 staircases, with a total of about 30,000 steps.

1926 photo of Bisbee's Youngblood Hill. Many of the original wooden stairs can be seen 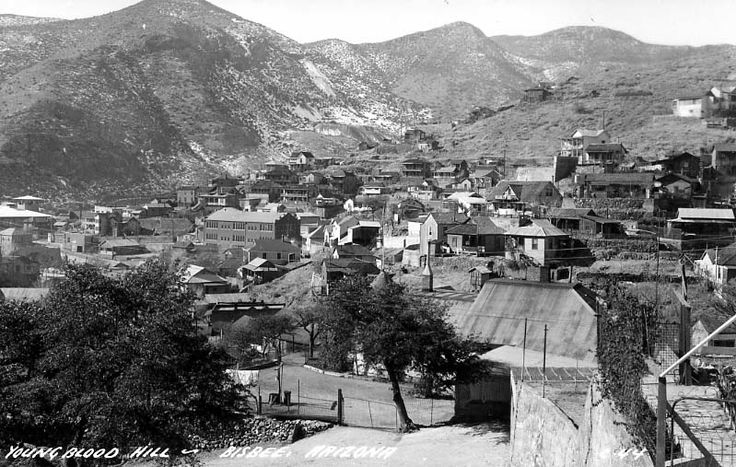 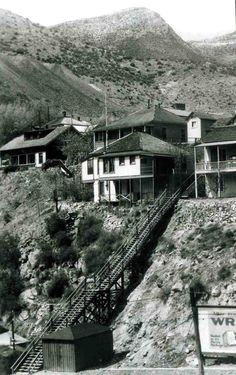 One of the stair cases today 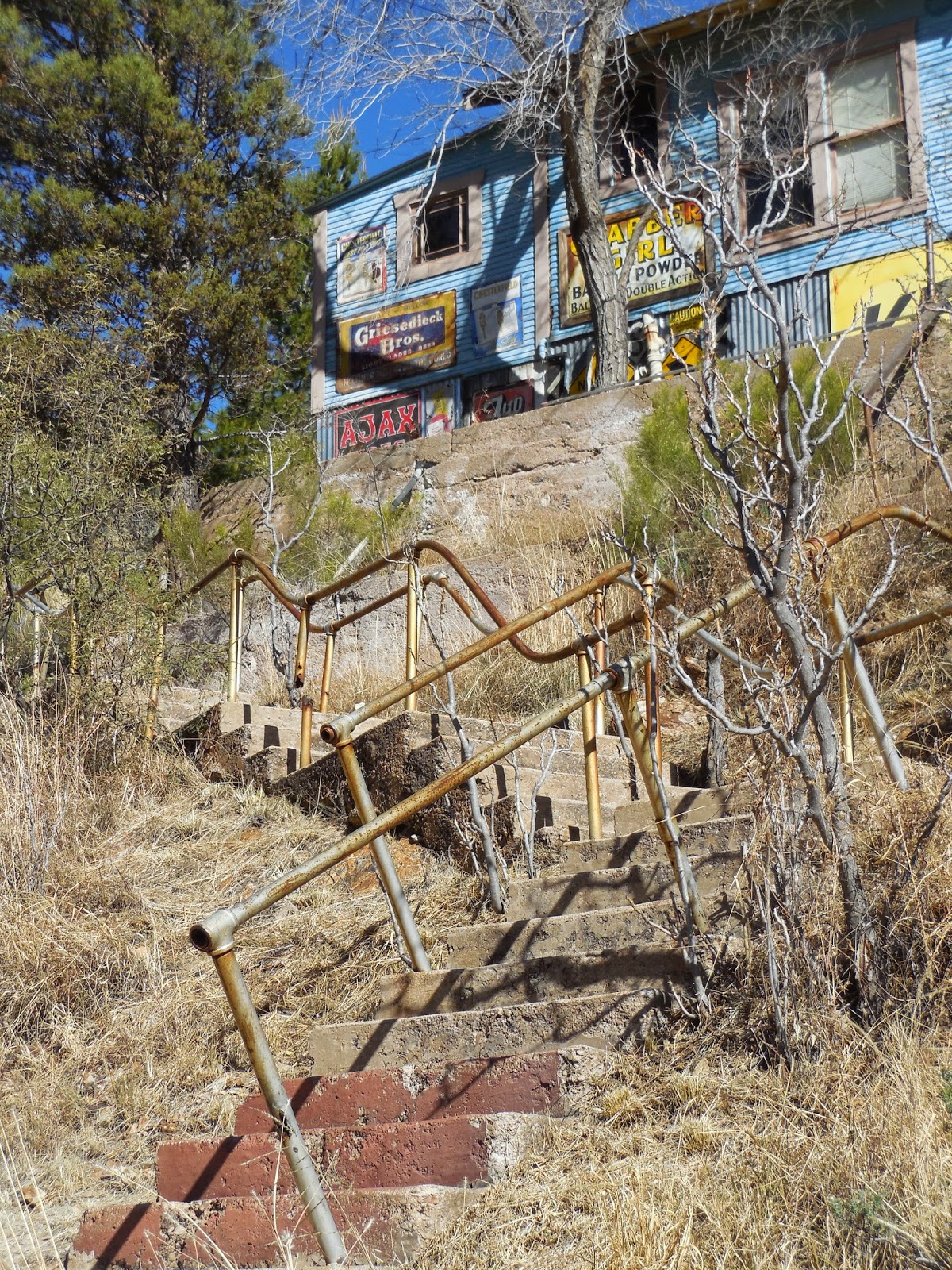 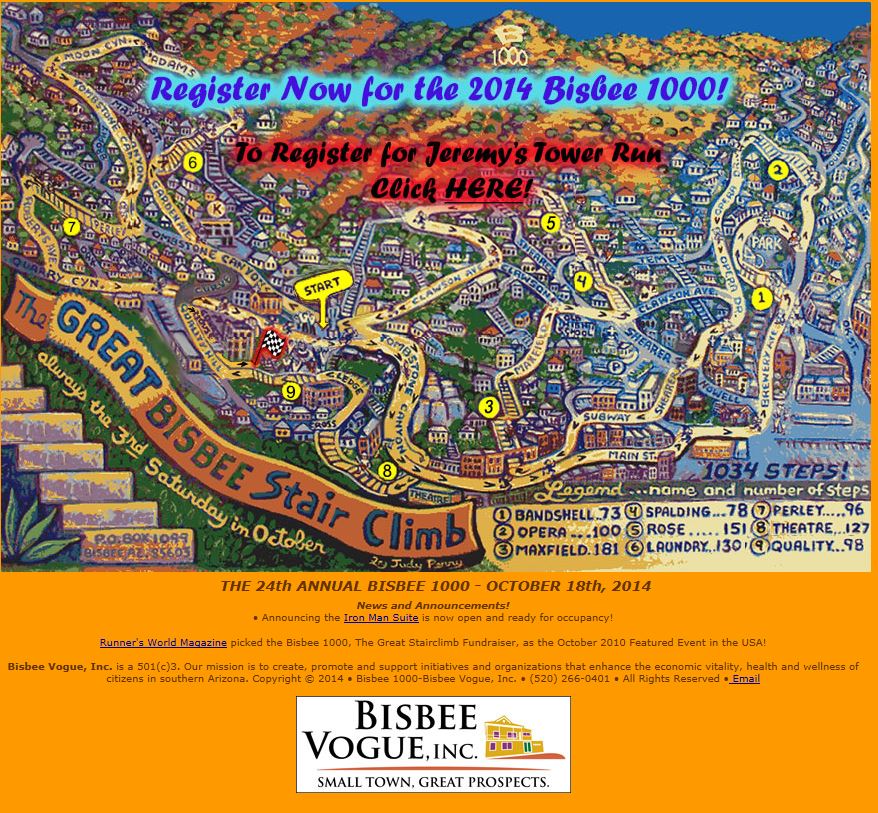 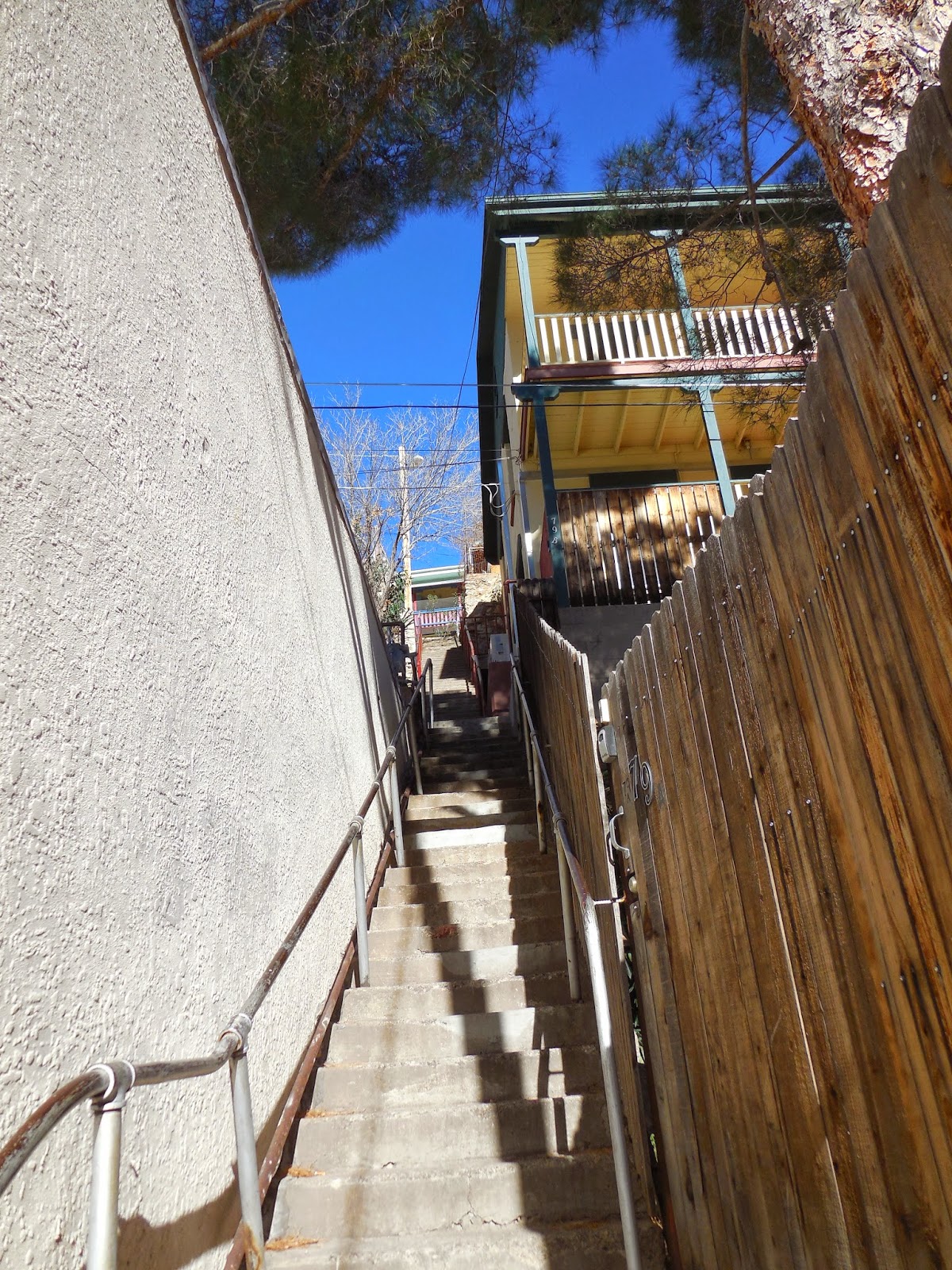 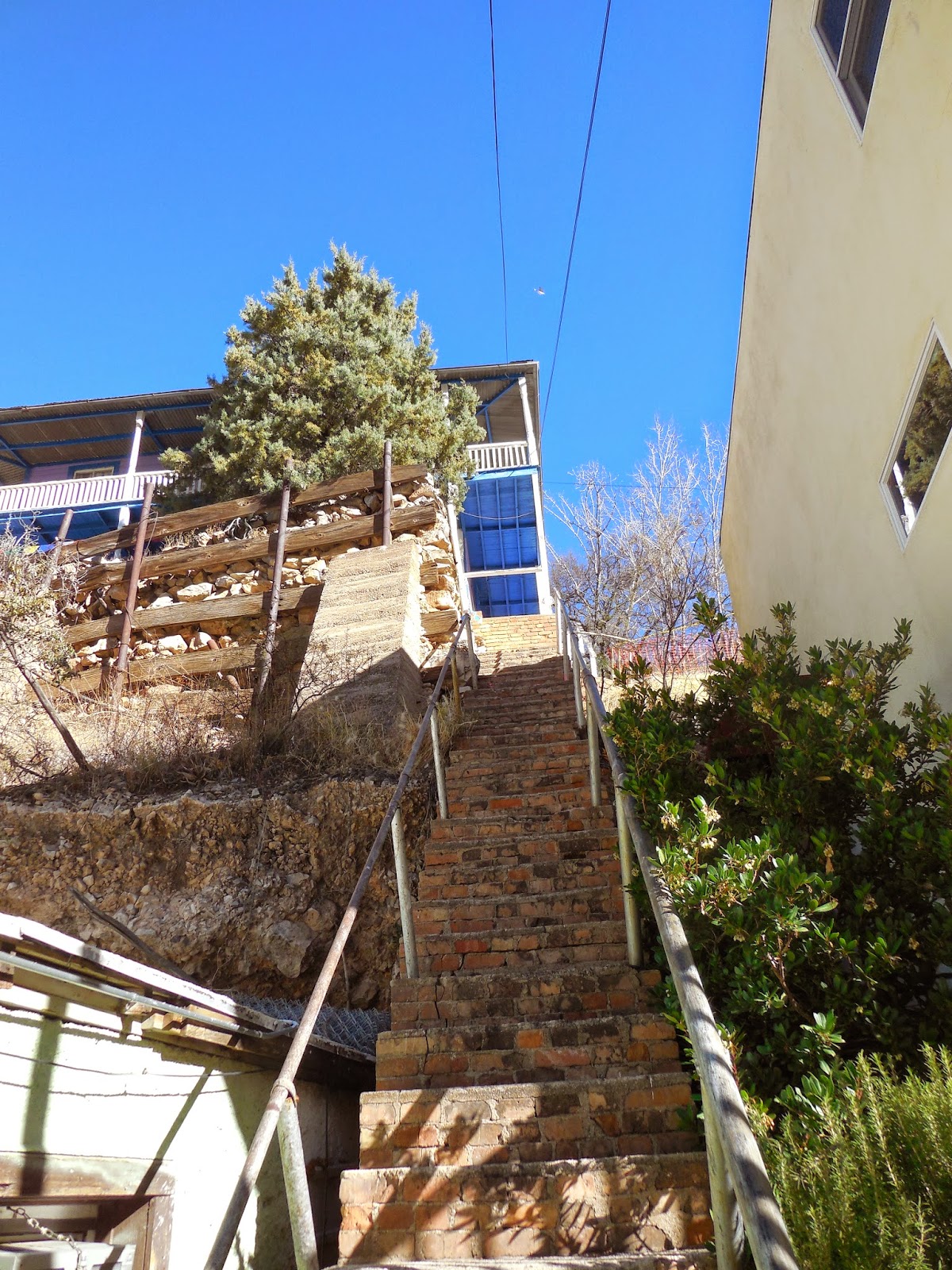 Stairs with plaques of those who have helped preserve them. 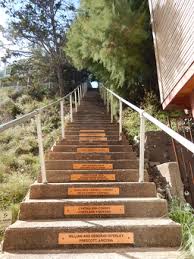 "One of Bisbee’s most magnificent architectural achievements are the countless concrete stairs that cling to the steep canyonsides Lack of flat land and the need for miners and bosses to reside near their workings led to the construction of hundreds of hillside homes beginning in the late 1870s. The owners and occupants of the irregularly shaped, sometimes nearly vertical, parcels had to develop dependable routes to reach their properties. The sturdy early Bisbeeite initially relied on precipitous trails featuring switchbacks. However, these winding inclines soon proved impractical as they were difficult to maintain and became slippery in wet weather. Next, the clever canyonside dwellers constructed a network of wooden stairs, often resembling ladders! The wooden stairs provided straight up-and-down access to the dwellings from the canyon floor. This, however, changed in the 1930s. Many of the major concrete stairways we still see today were constructed during the 1930s by the Works Progress Administration, one of the Federal Government’s back-to-work programs. ‘WPA’ was often pressed into the concrete or tagged on an embedded bronze plaque. It is still common for nice houses to be situated on a parcel that is accessible only by climbing 100 or 200 steps to reach the front door! Come explore our stairs...there are thousands of them!"

27 years ago, the town of Bisbee began their own Ironman competition, "The Bisbee Climb 1000" and an Ice Climb to commemorate both the town's historic stairs and the ice deliverymen who had to climb these steps throughout the years.