The Gottwald Sscience Ccenter is one of the most prominent buildings on the Westhampton College side of campus because of its size and style. The building’s unusualodd shape and unusual form of the combined with the fact that it only vaguely follows the gothic architecture trendthat defines of the rest of the campus makes the buildingit a stand out. Despite the building’s oddities, it is a perfect breeding ground for innovative collaboration between different science fields in both lab and classroom spaces. 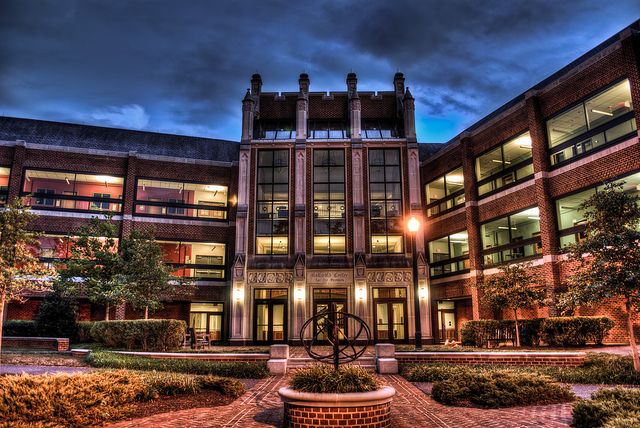 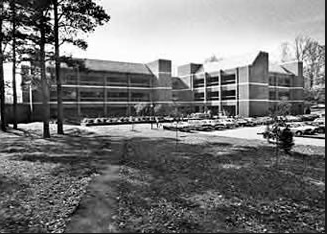 The Gottwald Sscience Ccenter is one of the most prominent buildings on the Westhampton College side of campus because of its size and style. The building’s unusualodd shape and unusual form of the combined with the fact that it only vaguely follows the gothic architecture  trendthat defines  of the rest of the campus makes the buildingit a stand out. Despite the building’s oddities, it is a perfect breeding ground for innovative collaboration between different science fields in both lab and classroom spaces.

The sciences were not always held in Gottwald, but instead a two- story wood-framed building called Heavenward, that positionedfell between the lake and the power plant called Heavenward.  This building was later destroyed in a terrible  fire in on October 21, 1925 that.  The fire began around 11:30 pm and completely consumed the building in flames by 1:30 am. The fire spread quickly and set off small explosions when storerooms of chemicals caught fire.  In all, around $50,000 worth of property was lost[i],  including: expensive equipment, manuscripts, and chemical formula[ii].  Because the science building was so close to the power house, that facility the power house was put in serious danger.  In the end, the flames were contained before they could spread beyond the Heavenward, but the building was in complete disarray and nothing could be salvaged from the building. The science classes were moved to the Pplayhouse, which was one of the original structures of the amusement park that occupied the land before the university took over in 1910.  Later, in April 1927, Puryear Hall opened as the chemistry building; in October 1930, Richmond Hall opened as the physics building; and in April 1933, Maryland Hall opened as the biology building.

Ground was broken for the new science center, what is now known as The Gottwald Science Center, in march of 1976, after funds were raised in a campaign called “Our Time in History.”. A planning committee visited 39 undergraduate science facilities to see what other college’s’ and universities’ science buildings were like.  The design of the building was based on the science center at Knox College in Galesburg, Illinois.  Gottwald is a three-storyied building that houses three natural sciences, chemistry, biology, and physics. Each science has its own section that spreads vertically to all three floors, and all of the departments surround one combined library. for all three natural sciences.  This design allows for the interdisciplinary nature of science because of the proximity of the departments horizontally.  The building also has a unique structure, with no load bearing walls on the interior.  This feature allows for quick and easy expansions and development to the building, with the change and advancement in technology and the field of science.  When it first opened opened, the building housed 26 student-faculty research laboratories, 27 teaching labs, five classrooms, an auditorium, faculty offices, “computational areas,” a shop complex, a radionuclide complex, an electron microscope suite, a greenhouse, and animal facilities, and the science library.

The building was dedicated over two days in March of 1978, with the overarching theme of “tThe importance of undergraduate science education.”.  The building was not named The Gottwald Science center until a year later, after a 4-million-dollar gift was donated to the school in honor of Floyd D. Gottwald, who served as a board member. The donation covered half the cost of the project and was then the second largest gift tThe University had ever received.

The bBuilding remained the same until 2002 when 35 million dollar in renovations were approved.  From Tthe first plans, brought they foresaw about 28,000 newextra square feet to the facility[iii]. The plan incorporated the newest technologies and included adding new lab spaces, and as well as adding more flexibility for the building to be upgraded as new technologies arose. Cosmetically, the plan included a new entry to the building to so it could more closely fit the gothic style of the rest of campus.   The building created space for Even though the science center mainly held biology, chemistry and physics in the past, the science department added five innovative interdisciplinary science discovery centers, including centers for material science, nuclear and particle physics, neuroscience, biological chemistry, and environmental science.

The science center was completed and dedicated in 2005 and 2006 respectively[iv]. The renovation and expansion totaled 37 million dollars. The project did comehis was not without some inconvenience[v]. Despite the building being semi-complete in the fall of 2004, noise cluttered hallways, and water damage caused many science classes to be held in other buildings.  The chemistry department felt the largest impact of this.  Because the department was not complete, it had to be absorbed into other science areas or completely different buildings.  This limited the chemistry curriculum that year.