Tucked away in Philadelphia’s Old City there exists a small alley that gives visitors a glimpse of a working class, 18th century neighborhood. Elfreth’s Alley, known as the nation’s oldest residential street, is a narrow thoroughfare with 32 small (by contemporary standards) residences built between 1728 and 1836 in the Federal or Georgian architectural style. It began as a cart path in 1702 that permitted the city’s residents easy access to the docks. It is now, in a sense, a living history museum that is still home to Philadelphians. The museum is located in two row houses that were built in the mid-18th century and they now serve as a restored period home. Elfreth’s Alley was designated a National Historic Landmark in 1966. 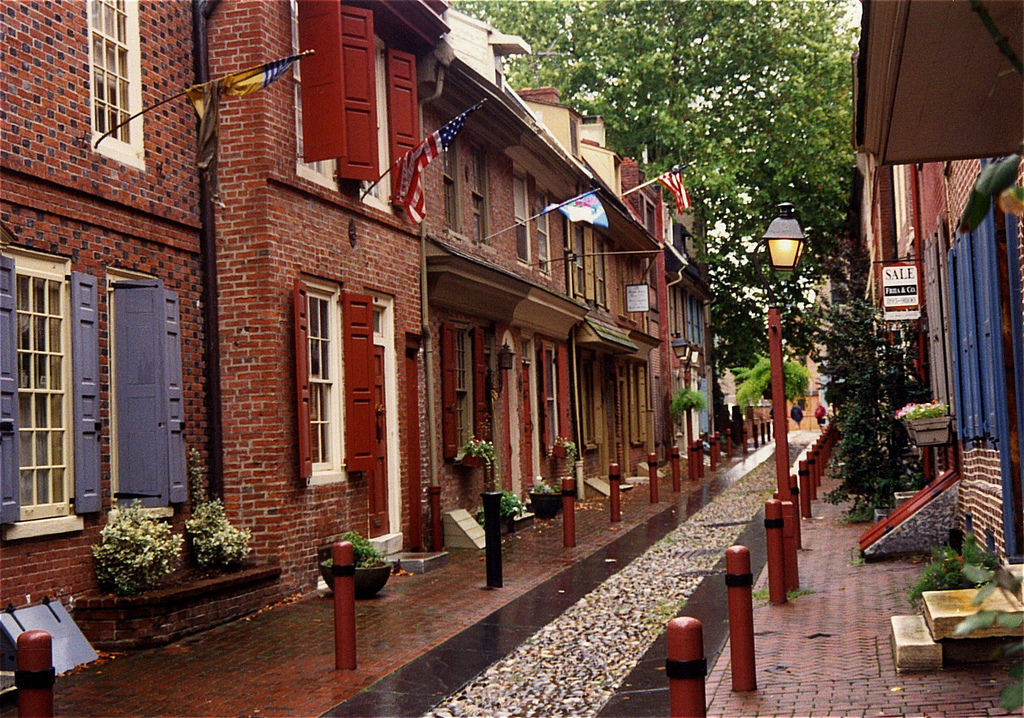 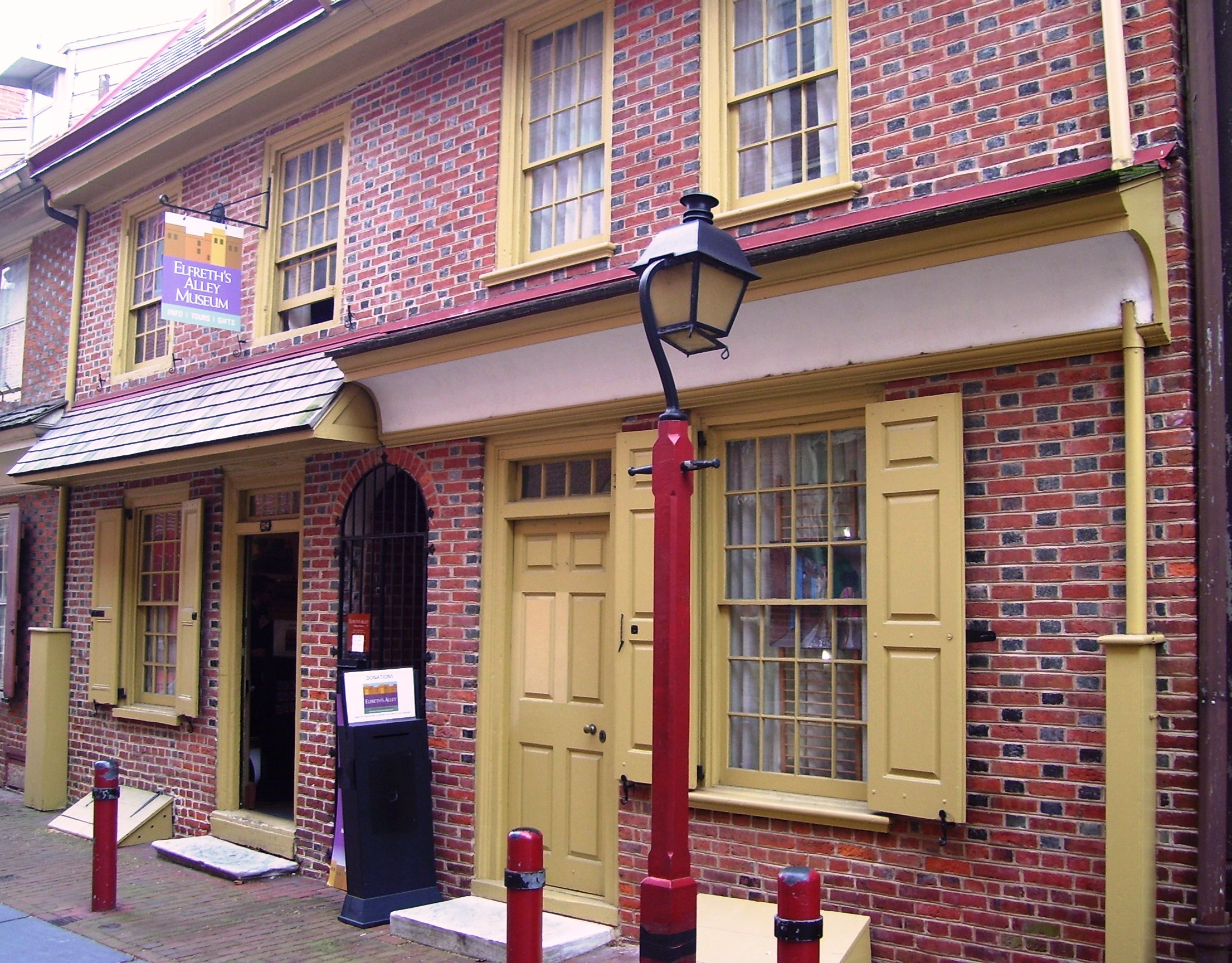 Ben Franklin pays a visit during Deck the Alley celebrations. 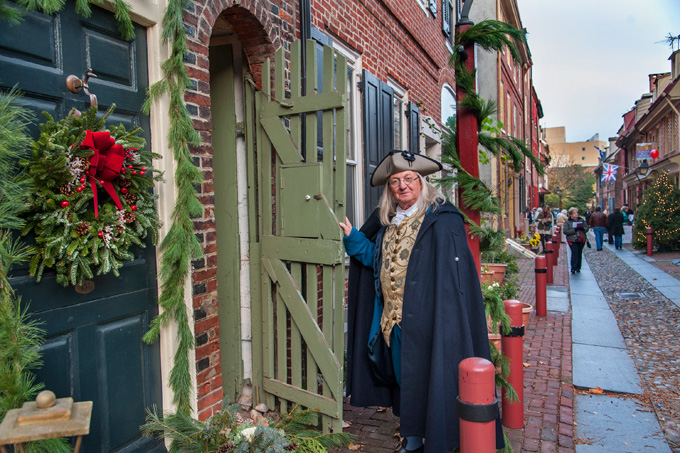 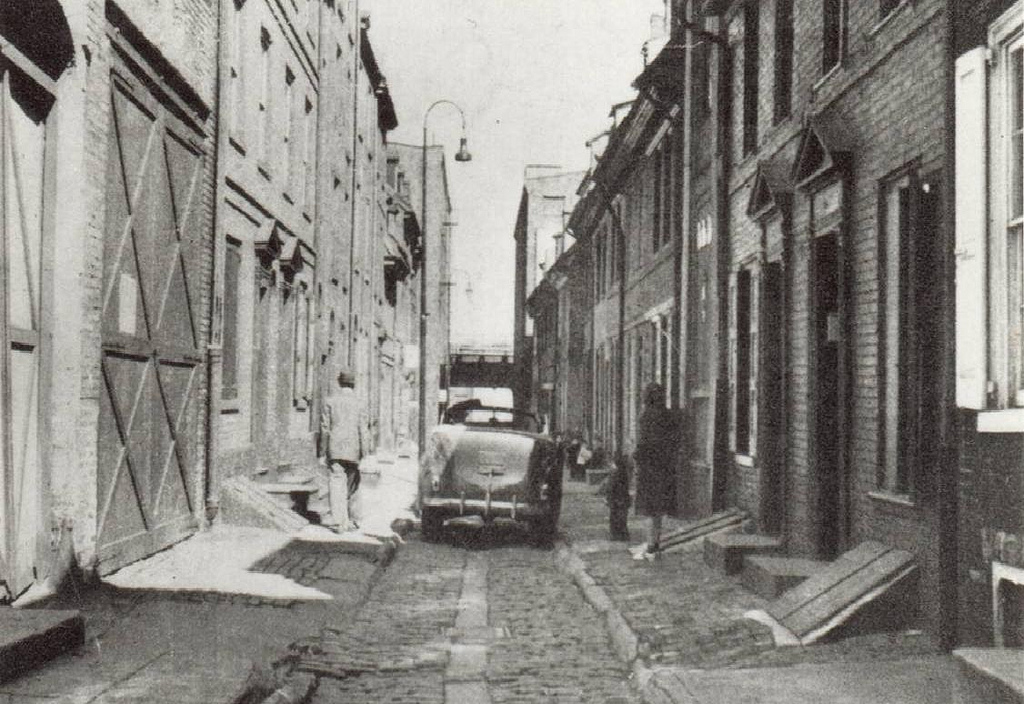 The interior of an Efreth's Alley private home. 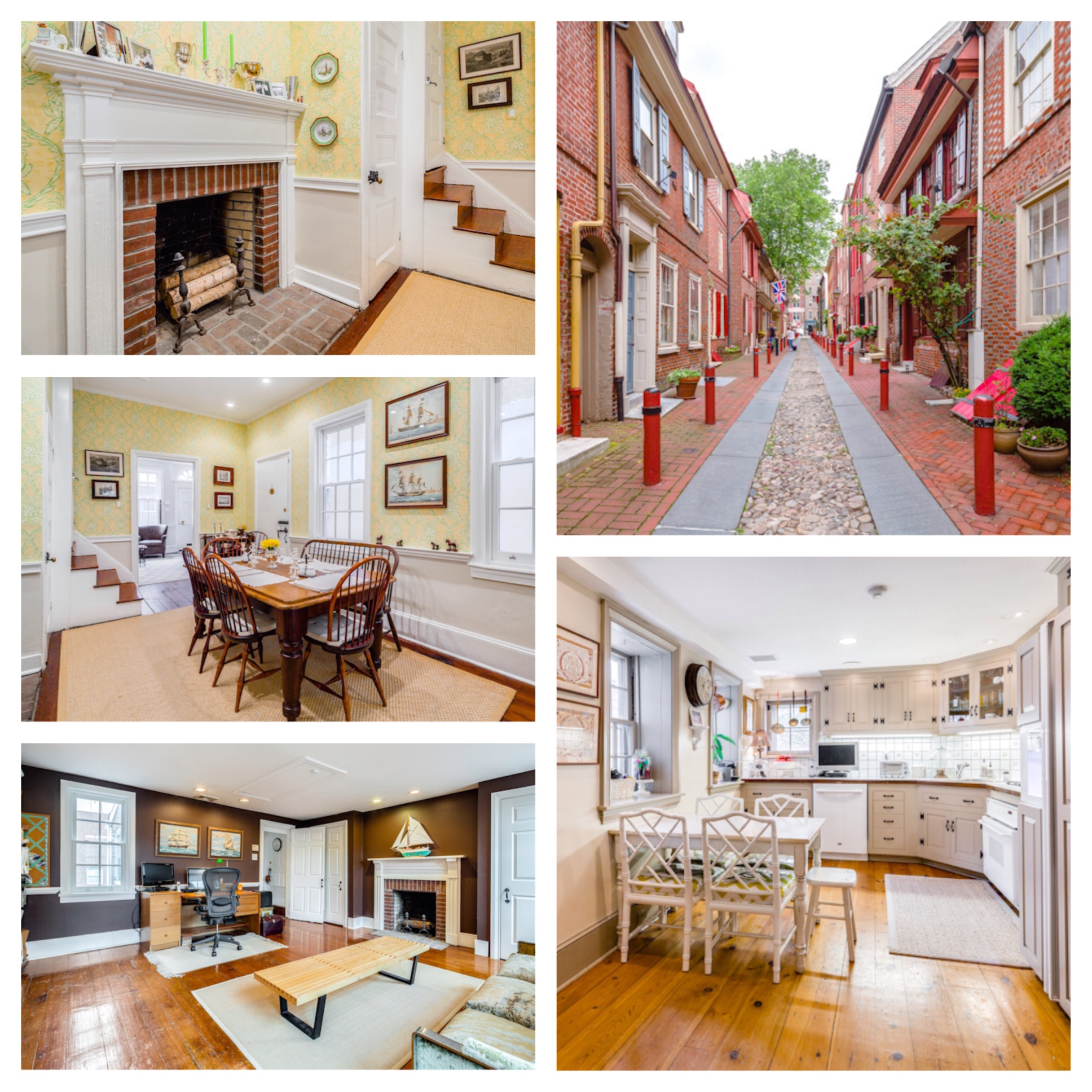 Running parallel to Quarry and Arch Streets and perpendicular to Front and 2nd Streets, Elfreth’s Alley was not included in the original plans of Philadelphia.  It was created after landowners Arthur Wells and John Gilbert opened their properties to allow local residents to pass to and fro.  It slowly developed over the years until it was paved with cobblestones and homes began to be constructed in the 1720s.  It was named after local blacksmith, Jeremiah Elfreth.  It soon became home to local artisans and craftsmen, such as shipwrights, glassblowers, carpenters, printers and furniture builders, many of which operated their businesses from their homes.

The alley was frequented by many famous Philadelphians, to include Ben Franklin who often visited a friend, William Maugridge, who lived at 122.  It was also home, for a time, to seamstress Betsy Ross, Dolley Payne Todd Madison (prior to becoming First Lady) and Stephen Girard who would go on to become the wealthiest man in the U.S. by the early 19th century.  The industrial Revolution drastically changed the alley and surrounding neighborhood as the homes were now occupied by immigrants working in the new factories that encroached on the small alley.  A stove factory actually occupied several row houses within the alley in 1868.  By 1900, Elfreth’s Alley’s residents were overwhelmingly Irish.

By the early 20th century the alley and its buildings had fallen into a state of disrepair.  Fortunately, it was saved from demolition on more than one occasion by Dolly Ottey and the Elfreth’s Alley Association which was founded in 1934.  Ottey and other association members worked tirelessly to preserve and restore the alley’s buildings and historical legacy.  The greatest threat to the alley appeared in the early 1950s in the form of Interstate 95, which now passes just east of the alley.  The association was also instrumental in getting the alley National Landmark status.

Elfreth’s Alley now represents a rare and wonderful example of an 18th century working class street that is in stark contrast to the restored mansions of the Society Hill neighborhood.  Some of the alley’s private residences are open on two separate occasions within a year, during its Fete Day celebration that takes place in early June and its Deck the Alley holiday special in early December.  The Elfreth’s Alley museum sponsors group and self guided tours of its building as well as the alley itself.