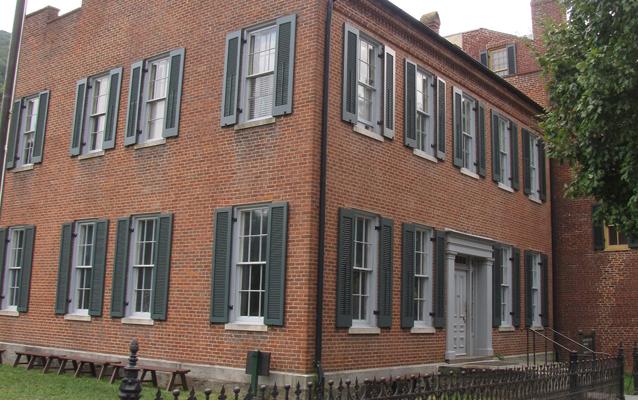 The east side of the Master Armorer's Quarters. Image obtained from Pinterest. 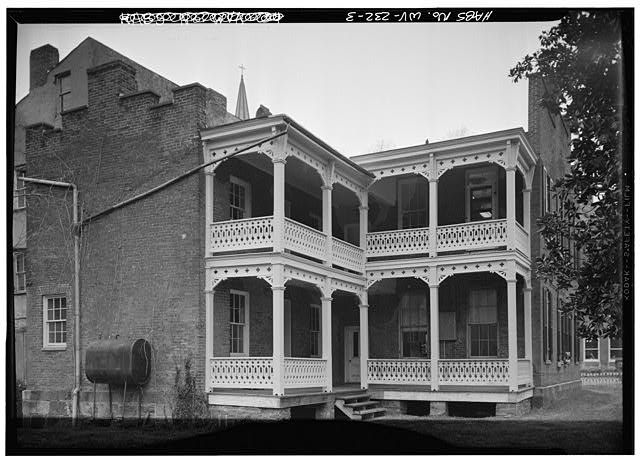 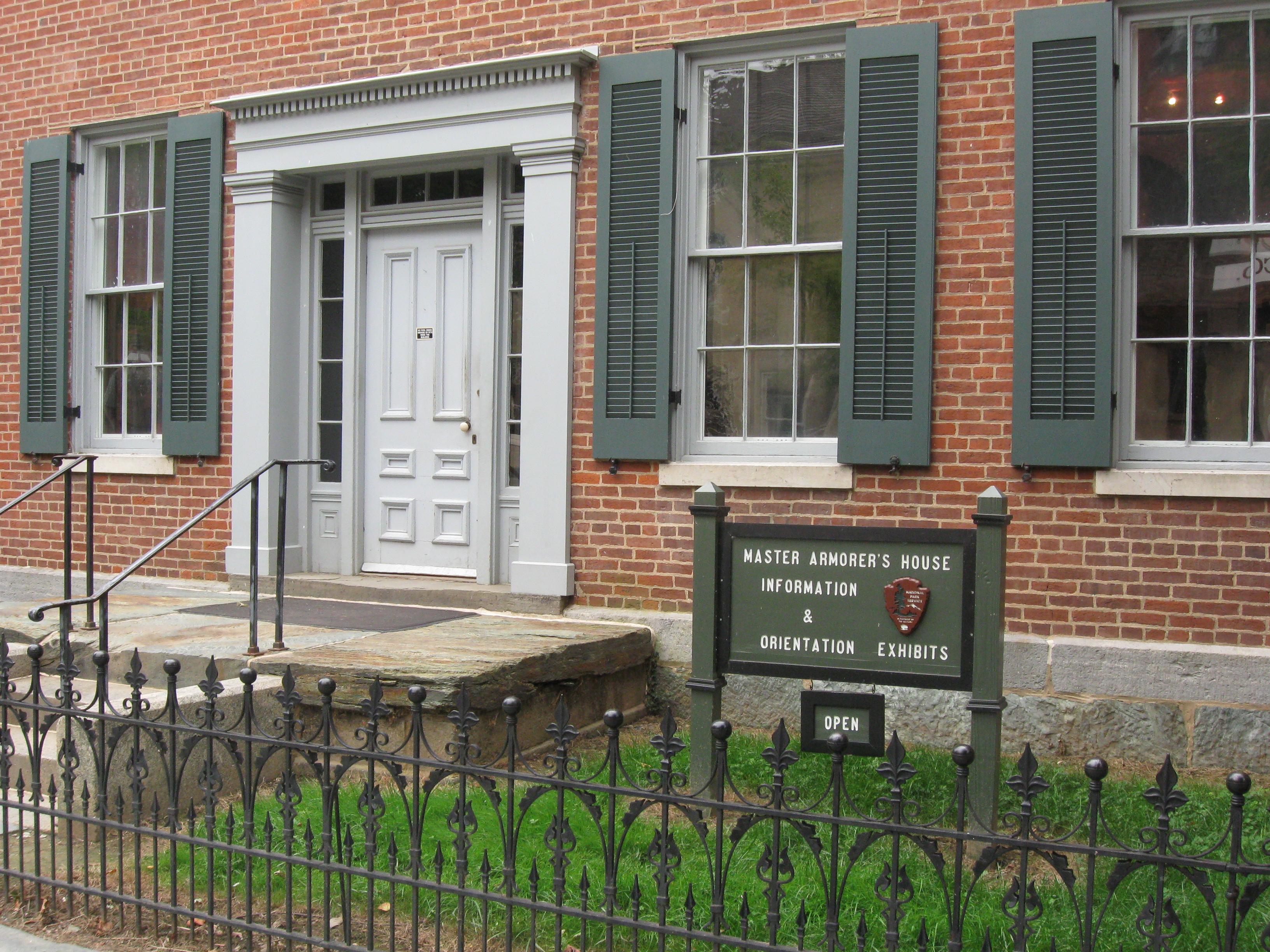 During the first half of the 19th-century the United States government constructed many homes in Harpers Ferry to supply lodging for the national armory’s employees. In 1822, a lot on the south side of Shenandoah Street became the site of a one-story brick office for the armory’s Paymaster. At this time, the Master Armorer lived in a house located next to the Paymaster’s office in 1812 (the Old Master Armorer’s Quarters; today a Dry Goods Store exhibit). In 1848, the paymaster left his office and the building was leased out for the next ten years. The space briefly served as a clothing store for tailor T. J. W. Sullivan, then a law office for Isaac Fouke. From 1851 to 1858 the mayor’s office and the council chamber for the Harpers Ferry town council was housed here. In 1858, the building was moved to a location on the grounds of the Musket Factory to make room for the erection of a new house for the Master Armorer.

Construction for the New Master Armorer’s Quarters began in 1858 and was completed by July 1859. The first residence of the house from July 1859 to August 1860 was the Paymaster’s Clerk John E. Daingerfield, as current Master Armorer Benjamin Mills did not wish to live so close to the river. Instead, they swapped homes with each other until Mills was replaced. In September 1860, the new Master Armorer Armstead M. Ball moved into the residence. He would be the only Master Armorer to live in the home, leaving when the Civil War began in 1861.

The house’s strategic location in Harpers Ferry made it a temporary headquarters for Union officers traveling through the area. In September 1862, Col. Dixon S. Miles utilized the space and died there on September 16th after being wounded at the Battle of Harpers Ferry. In 1864, the house was the headquarters for Brig. Gen. John D. Stevenson, commander of the Military District of Harpers Ferry. Stevenson notably displayed the corpse of Confederate guerilla John Mobberly at the house. Lt. Gen. Ulysses S. Grant spent the night of September 16, 1864 at the house on his way back from a meeting with Maj. Gen. Philip H. Sheridan.

In 1963, the Master Armorer’s Quarters was included in the establishment of Harpers Ferry National Historical Park. Soon afterwards the National Park Service restored the building. Today it serves as the park’s information and orientation center. Additionally, the building contains a few exhibits such as a scale model of Harpers Ferry and firearm displays.

Harpers Ferry was an important center of commerce and industry. The Potomac and Shenandoah Rivers provided essential natural highways, while manmade structures such as railroads and canals transported raw materials, goods, and travelers. Throughout Harpers Ferry, mills and manufacturers contributed to local prosperity. It attracted the likes of George Washington, who selected Harpers Ferry as the site of a federal arsenal, which would play a significant role in the Civil War and history of the nation. The remnants of these local industries are preserved by the town's modern economic driver, tourism, and can be explored in depth on this tour.