St. Joseph's Indian Normal School was an Indian Boarding School that opened in 1888 and closed in 1896. The school was established by the Catholic Indian Missons and was funded by Katherine Drexel, a wealthy Philedelphia banking heiress. The school taught 60 Indian children all of whom were boys. After the school closed in 1896 it was renamed Drexel Hall and converted into a dormitory for male students of St. Joseph's College. In 2006 the building was renovated and repurposed as the Rensselaer Adult Learning Center. 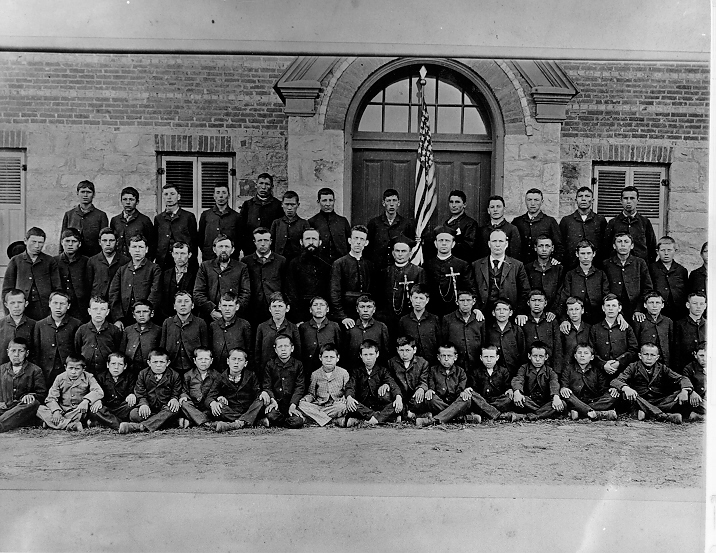 St. Joseph's Indian Normal School as it appeared in 1888 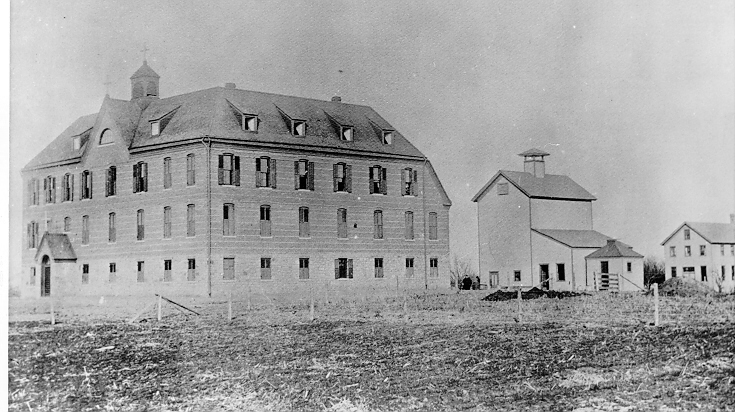 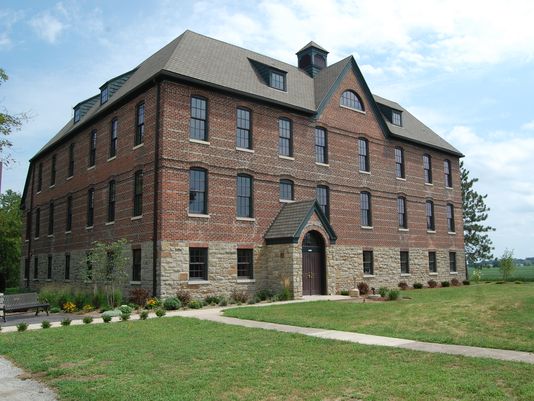 Under President Ulysses S. Grant's Peace Policy of 1870 many churchmen were invited to assist in the assimilation of Native Americans. After 1883 the Catholic bureau began greatly to expand its school activities under its energetic new director, Joseph A. Stephan, a priest from the diocese of Fort Wayne, Indiana. With generous support from Katharine Drexel, a wealthy Philadelphia banking heiress who provided funds for building schools, and the willingness of Catholic religious orders to staff the schools, Stephan succeeded in a few years in virtually monopolizing contract school funds. From the outset St. Joseph's Indian Normal at Rensselaer was intended to have a very special status. Several Indian schools, such as the Carlisle Indian School at Carlisle, Pennsylvania, had already been established in the East to provide more advanced training for promising Native pupils from the reservations.

The tribes mainly represented at St. Joseph's were Potawatomi from Michigan, Menominee from Wisconsin, Sioux from South Dakota, and Chippewa from northern Wisconsin, Minnesota, and North Dakota. Stephan had formerly worked in the areas where they lived, especially in the Dakota Territory where he had served as Indian agent in 1878.

The objective of the school was not only to train the Native pupils to be teachers, farmers, and mechanics but to transform them into white men as well. This dual plan involved not only teaching them the three "R's" and a trade but also the white man's religion, civic loyalties, and many other qualities deemed necessary to achieve a successful transition from "savagery" to "civilization."

The industrial training program included farming, the care of animals, gardening, shoemaking, carpentering, and tailoring. A blacksmith shop was erected in the third year. Both written reports and interviews, however, give the impression that much of the work performed by the Natives was routine chores like chopping wood, milking cows, washing dishes, and such seasonal unskilled labor as hoeing weeds, harvesting potatoes, stacking hay, and shucking corn.

Instructors drilled the Natives in the principles of the Catholic faith in much the same way as white children were taught. St. Joseph's pupils used the same book and had the same religious services as were used in white schools.They not only attended Mass and prayed together every day but even learned the difficult Latin texts.

On May 18, 1895, Daniel M. Browning, the new commissioner of Indian Affairs, notified the Rensselaer school that its contract would not be renewed because Congress had reduced appropriations for contract schools. Browning had eliminated St. Joseph's because of its distance from the reservations. On September 3, 1895, St. Joseph's again obtained permission to collect forty Indian pupils, but all expenses now had to be borne by the school. Part of the lost subsidy was made up by Drexel when she paid $800 for travel expenses and later on an additional $1,500 "for the support of the Rensselaer school." By the end of the year all hopes for further government assistance had vanished. The school was closed, and the pupils were sent back to their homes by the summer of 1896.