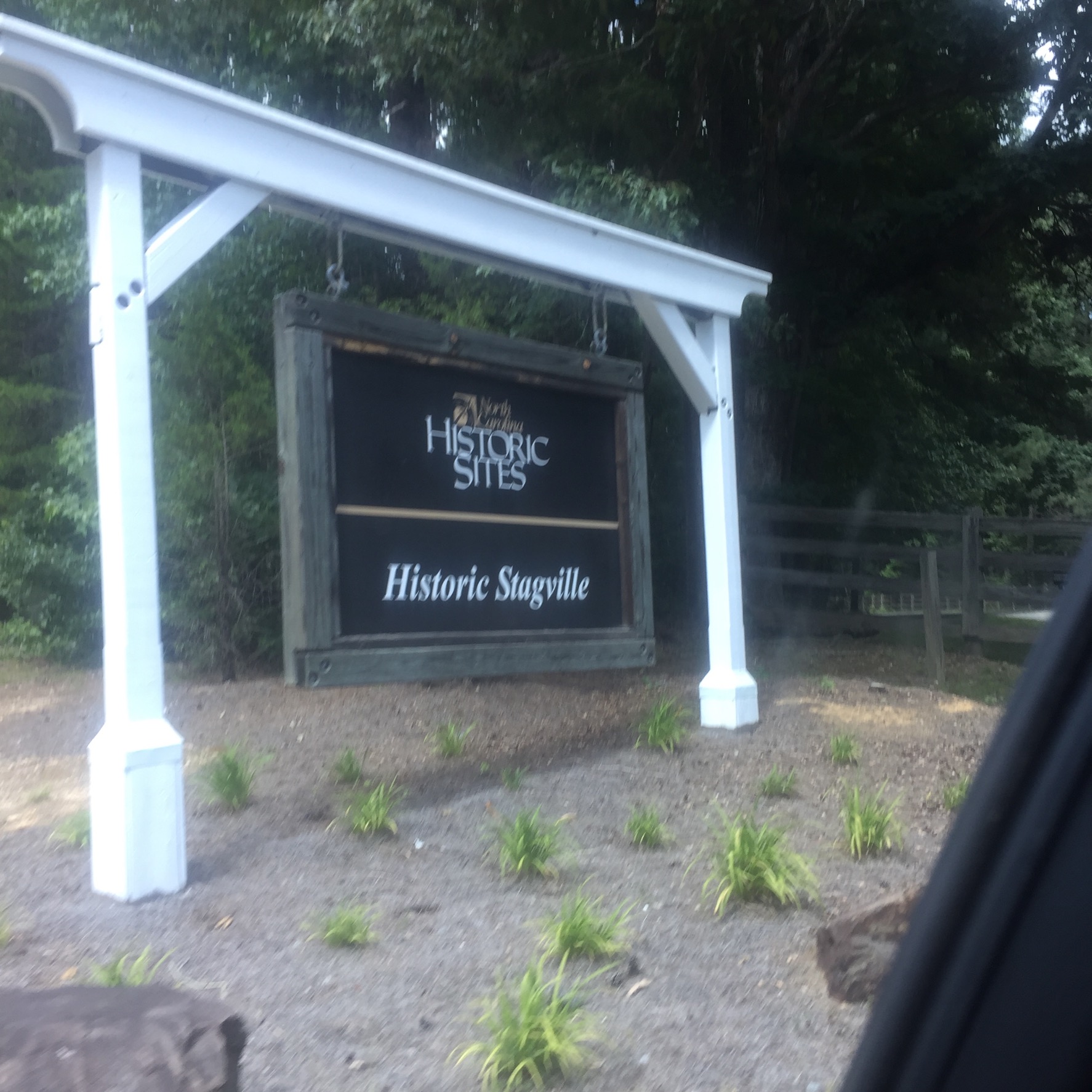 The extension of the original home. This side of the home is where the parlor (living area) was added. This addition to the original home depicted the great amount of money that the Cameron family acquired over time. 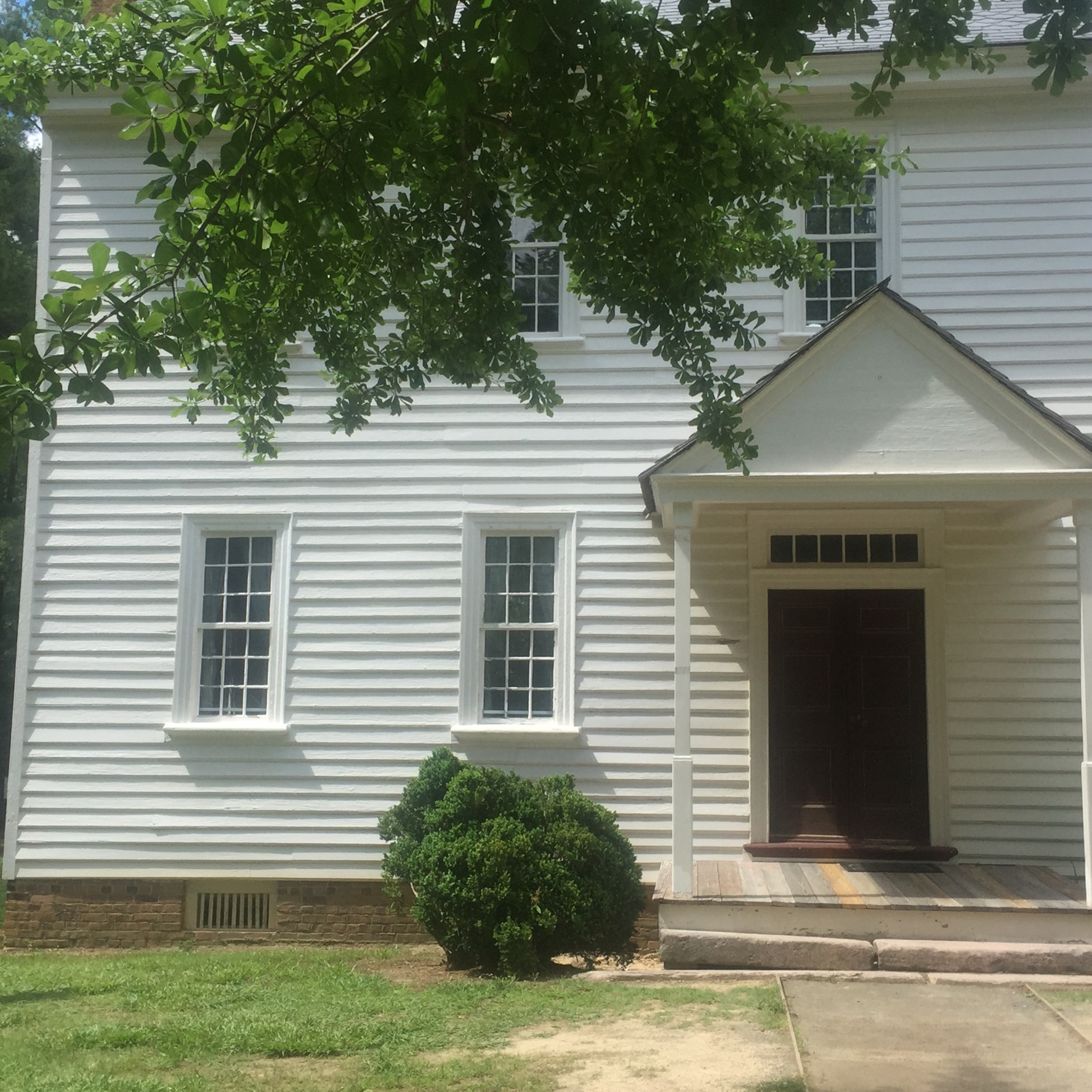 The detailed work in the parlor done by the enslaved craftsmen. 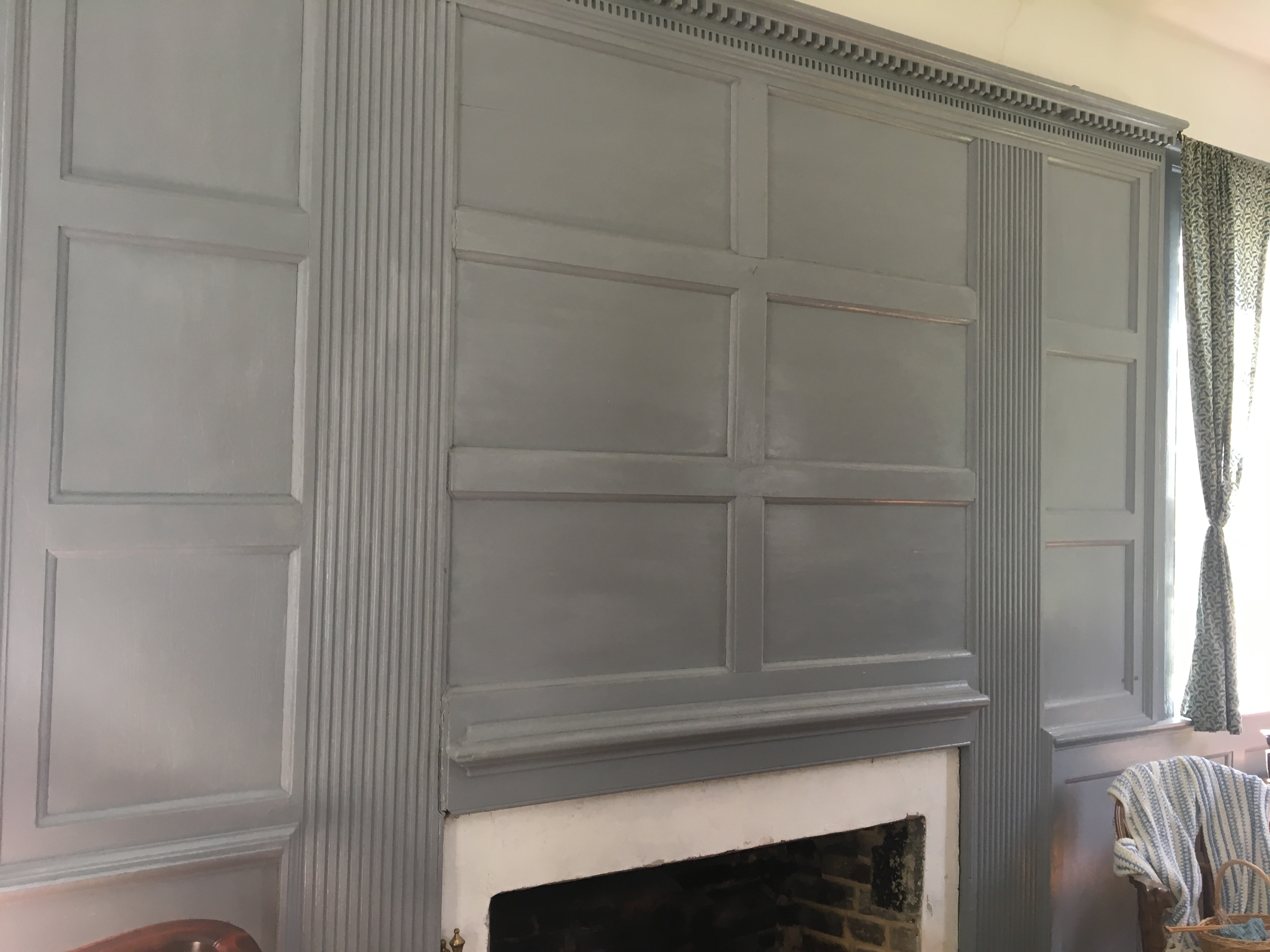 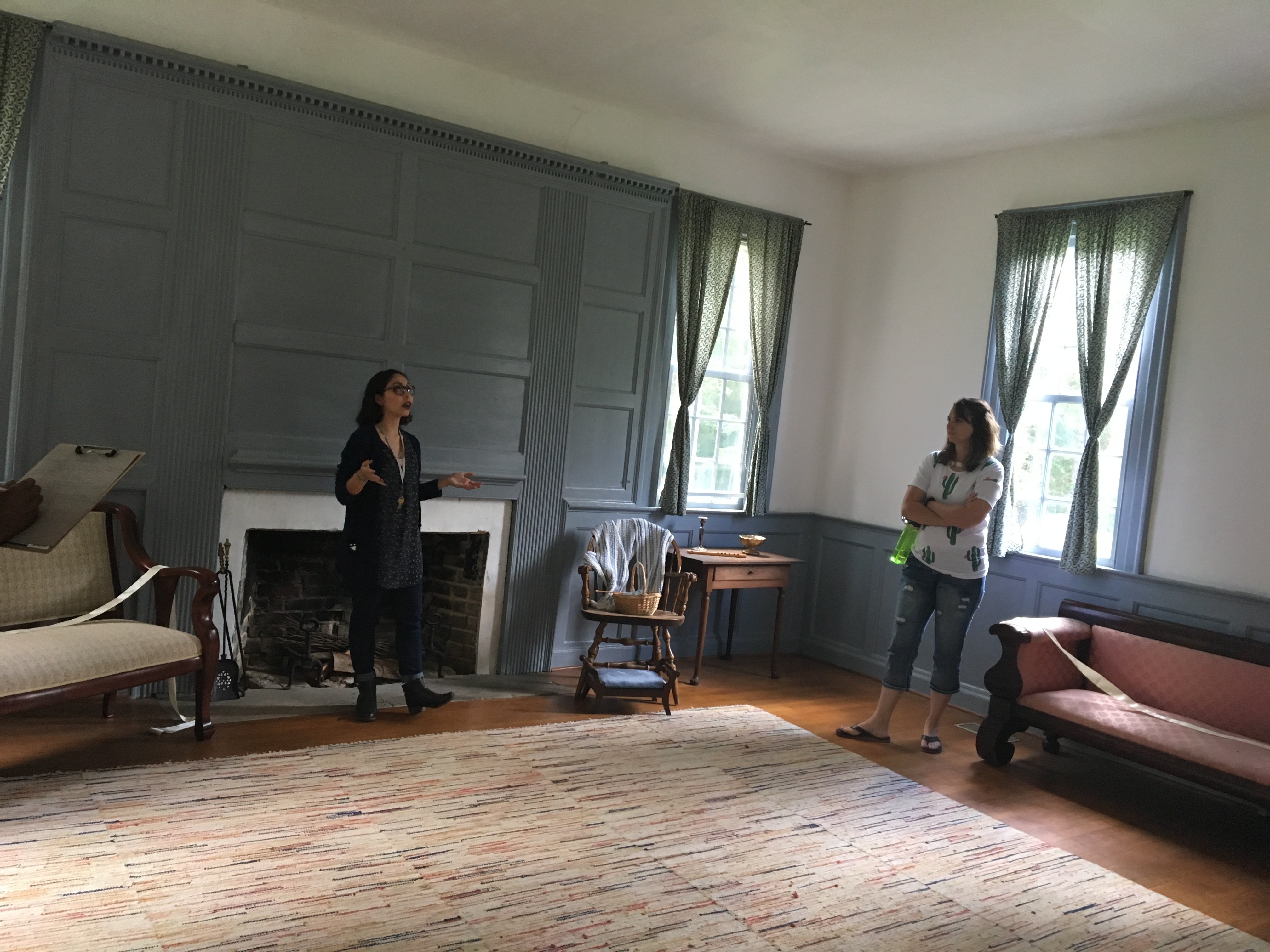 Richard Bennehan's office with the original flooring and original documents written and signed by Bennehan. 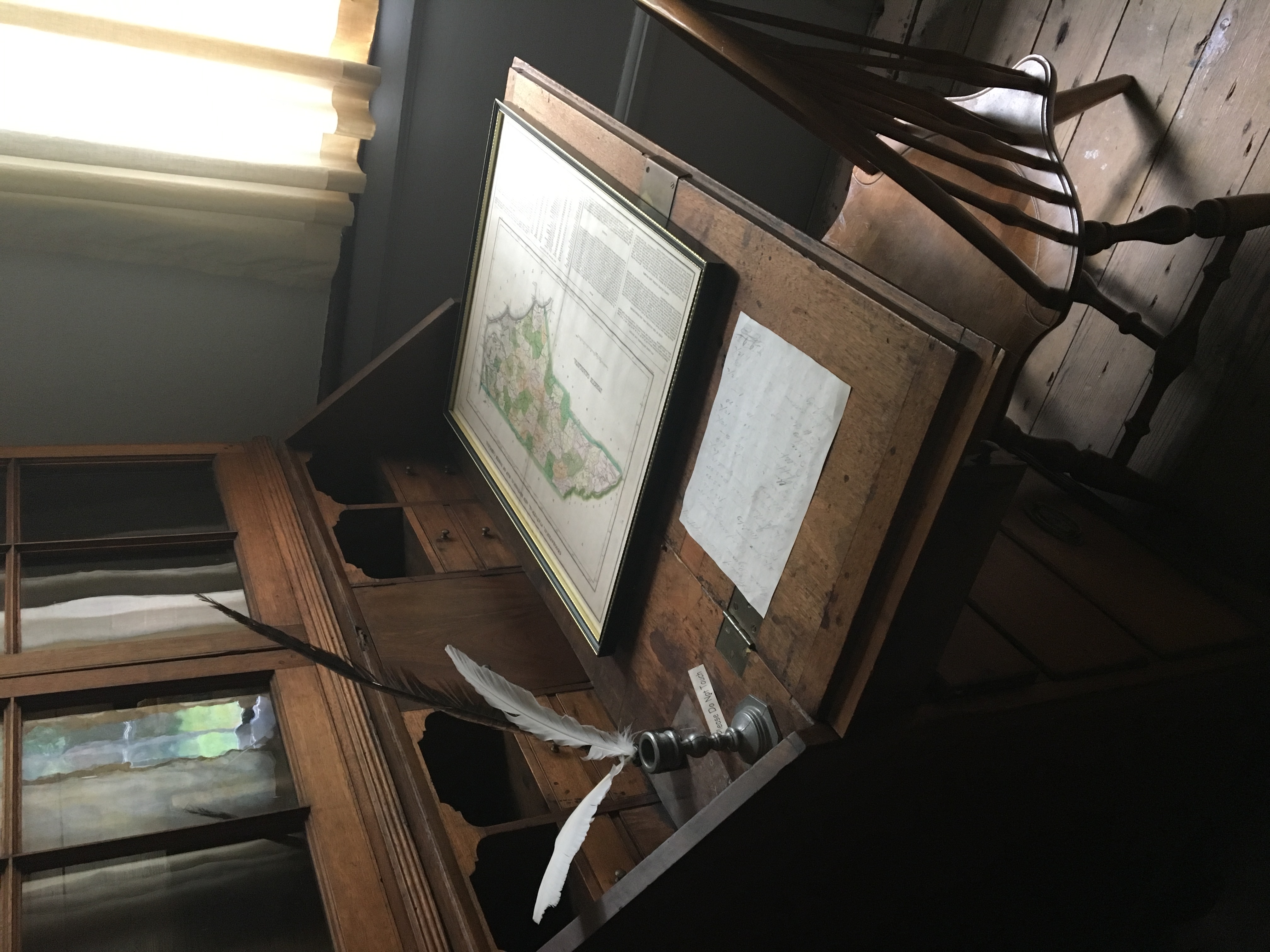 The original home that Richard Bennehan lived in, until the extension was added on. 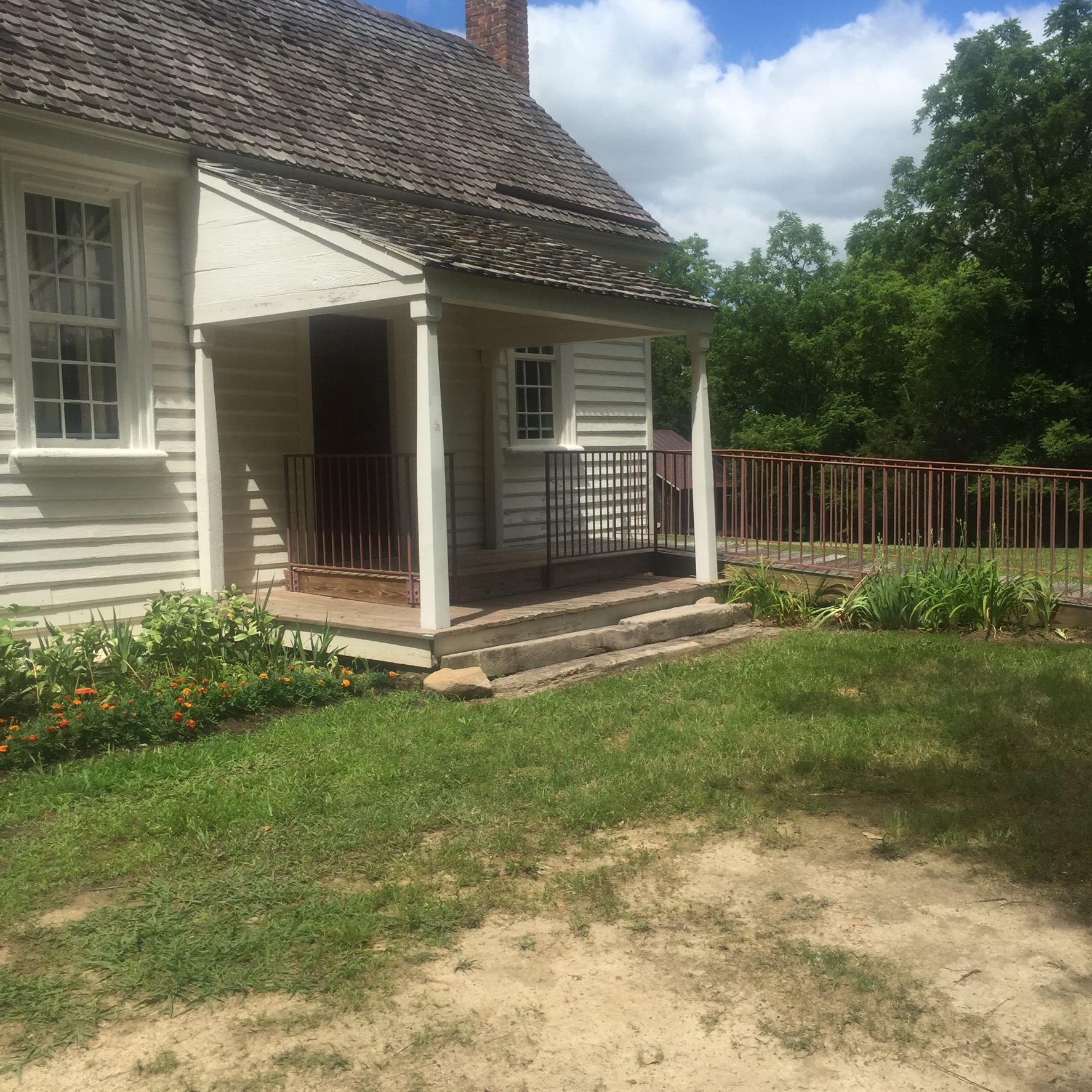 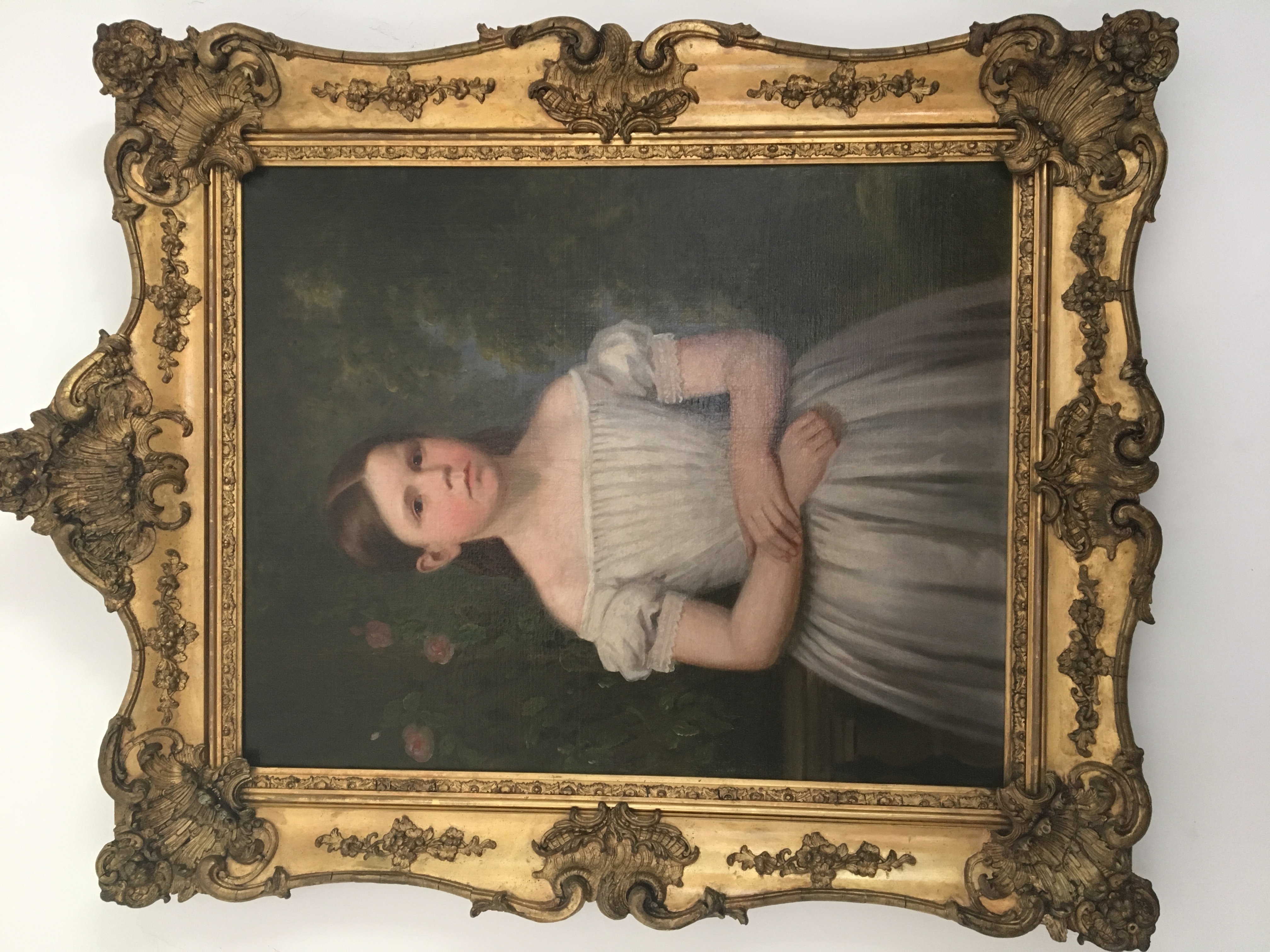 The back of the Stagville home. The burned down kitchen was once on this side of the home. The only remnants left are rocks. 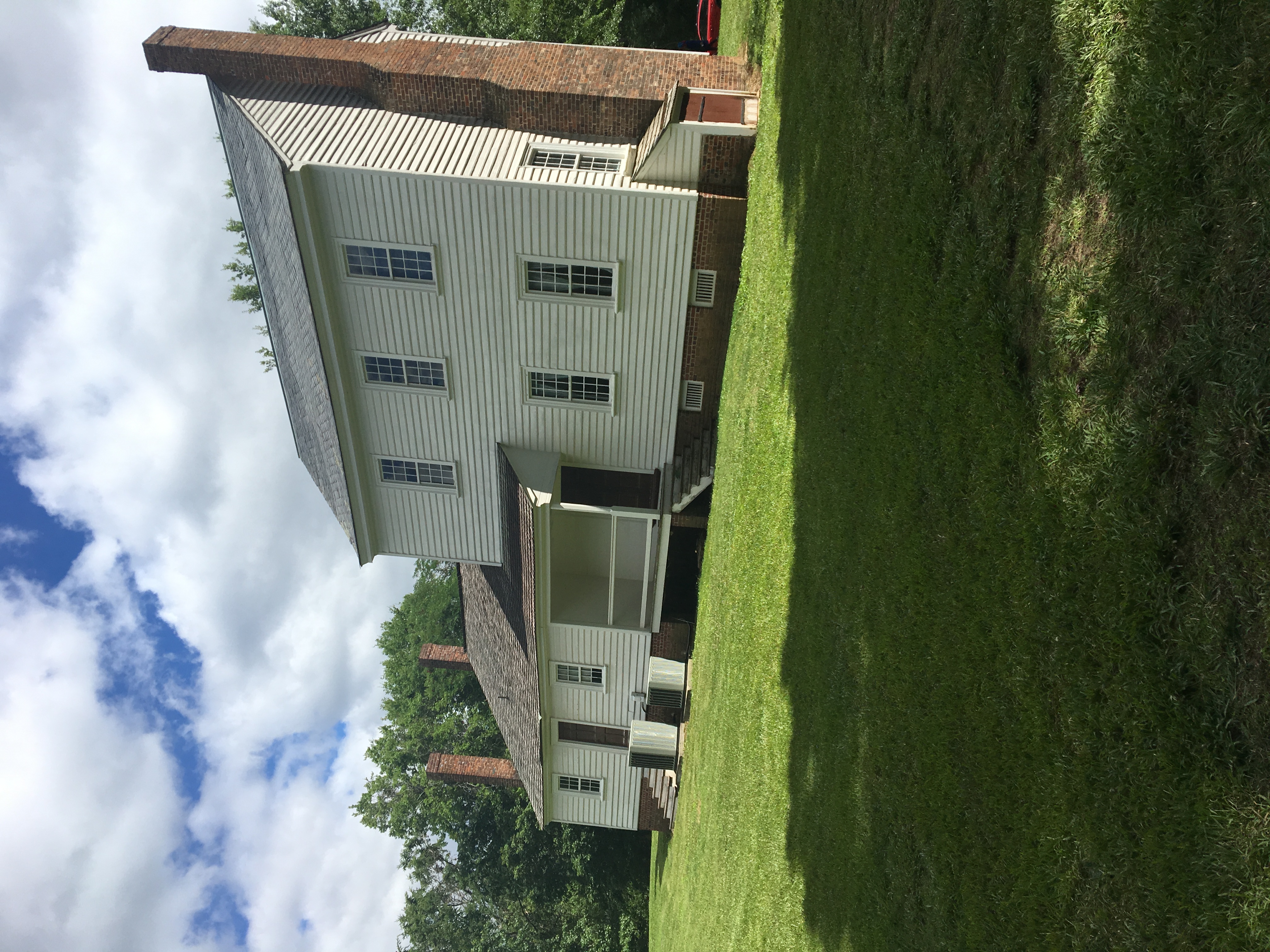 The Stagville Plantation was owned by the Bennehan-Cameron family, in what is now Durham, North Carolina. The Stagville Plantation in the 19th century and today is still one of the most recognizable plantations in American history. The plantation was originally 30,000 acres with 900 enslaved people by 1861. In 1768 Richard Bennehan moved to North Carolina from Virginia to acquire a larger fortune (2). The year that America declared its Independence, Bennehan invested in over 1,000 acres of land which became the core of the Stagville plantation and was the fortune of his family for the following two centuries (1). Paul Cameron, the grandson of Richard Bennehan, became the owner of the plantation during the Civil War. Paul Cameron became a very wealthy man, and would be worth about 2 billion dollars today (2). The three structures that are still standing on the plantation is the Bennehan family home, the Horton Grove Community, and the Great Barn. This entry however, will focus solely on the Bennehan-Cameron family home.

Today, the Bennehan family home has been preserved and has many of its original rooms, furniture, and documents. When you look from the outside at the Bennehan-Cameron family home there is a noticeable separation of structures to make one large house. The left side, the smaller side, was the original home; but once Paul Cameron became the owner of the house he extended it to where the right side became an extension to the house and also displayed the great amount of family wealth (2). When looking at the house today from the outside, we would not think that this home acted as a statement of wealth, but it was indeed--in fact this home was immaculate. Today many trees stand in the way of the home, but during the 19th century these trees were not here. The Bennehan-Cameron family home could be viewed from miles away and people were at awe just looking at the structure. The home was considered magnificent during the 19th century, because not only was it large, but it sat on a hill which made it all the better (2).

As you continue through the transition room you will reach a bedroom. The bedroom had many uses over time, but one significant event that occurred in the room was the birth of Paul Cameron. The extension of the house included an immaculate, detailed living room. This room was the largest, fanciest room and was known as the parlor. The room had the number of square footage as a Yeoman farmer’s house (2). The size and style of this room alone depicts the great amount of wealth that the Bennehan-Cameron family acquired. The parlor included high ceilings, painted walls, and fancy carving done by enslaved craftsmen, which depicted the family’s great amount of wealth. The amount of detail that was put into this one particular room would have been quite costly.

Inside the parlor there was also a painting of a little girl who went by the name of Marianne Cameron. Marianne Cameron was one out of four of Paul’s sisters. She died at a young age from Tuberculosis. An interesting story comes as a historical background story to Marianne Cameron’s painted picture. Marianne Cameron had an enslaved caretaker who took great care of Marianne and even traveled with the Cameron family. The caretaker and Marianne’s father got into a fight after a disagreement, and so the enslaved caretaker finally just left the Cameron family. The enslaved caretaker was not reunited with her kids until after the Emancipation, which was about 17 year later (2). The home also includes an office that was used by Richard Bennehan. In the office there were some official documents written and signed by Richard Bennehan (2). The office is significant as well because the wall has been toiled with and so tourist can see what the walls in the house were built out of, which was brick.