Fayetteville Motor Speedway was built in 1968 and has hosted many of the legends of auto racing, including the late Dale Earnhardt Sr. Earnhardt who won many races at the speedway. The track was originally built with an asphalt surface for stock car racing but has since been switched to a dirt racing surface. 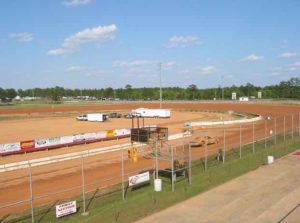 The track was constructed in 1968 and has held many legendary NASCAR and dirt track races. 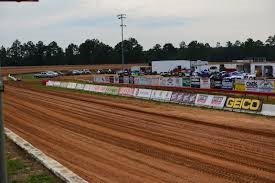 Stock Car racing is a sport rooted deep in Southern culture, dating back to races by moonshiners who built cars that could out-run the law. The moonshiners enjoyed racing one another and these races later led to the creation of more organized events. In 1948, Bill France founded the official sanctioning body known today as NASCAR.

Fayetteville Motor Speedway opened in 1968 on the outskirts of Fayetteville with an asphalt racing surface. In later years, the track was converted to a dirt surface. While dirt track racing may involve more skill, the heyday of the speedway was when its asphalt surface hosted many NASCAR legends. The track is well-regarded among fans of dirt track racing and is home to the World of Outlaws national dirt track series that continues to honor the sport's "moonshine" heritage.

Eight-time NASCAR champion Dale Earnhardt competed at this track frequently in the early part of his career. Using the skills developed here and other smaller tracks, Earnhardt would go on to win 8 premiere series championships and amass 76 wins, as well as 22 career poles.