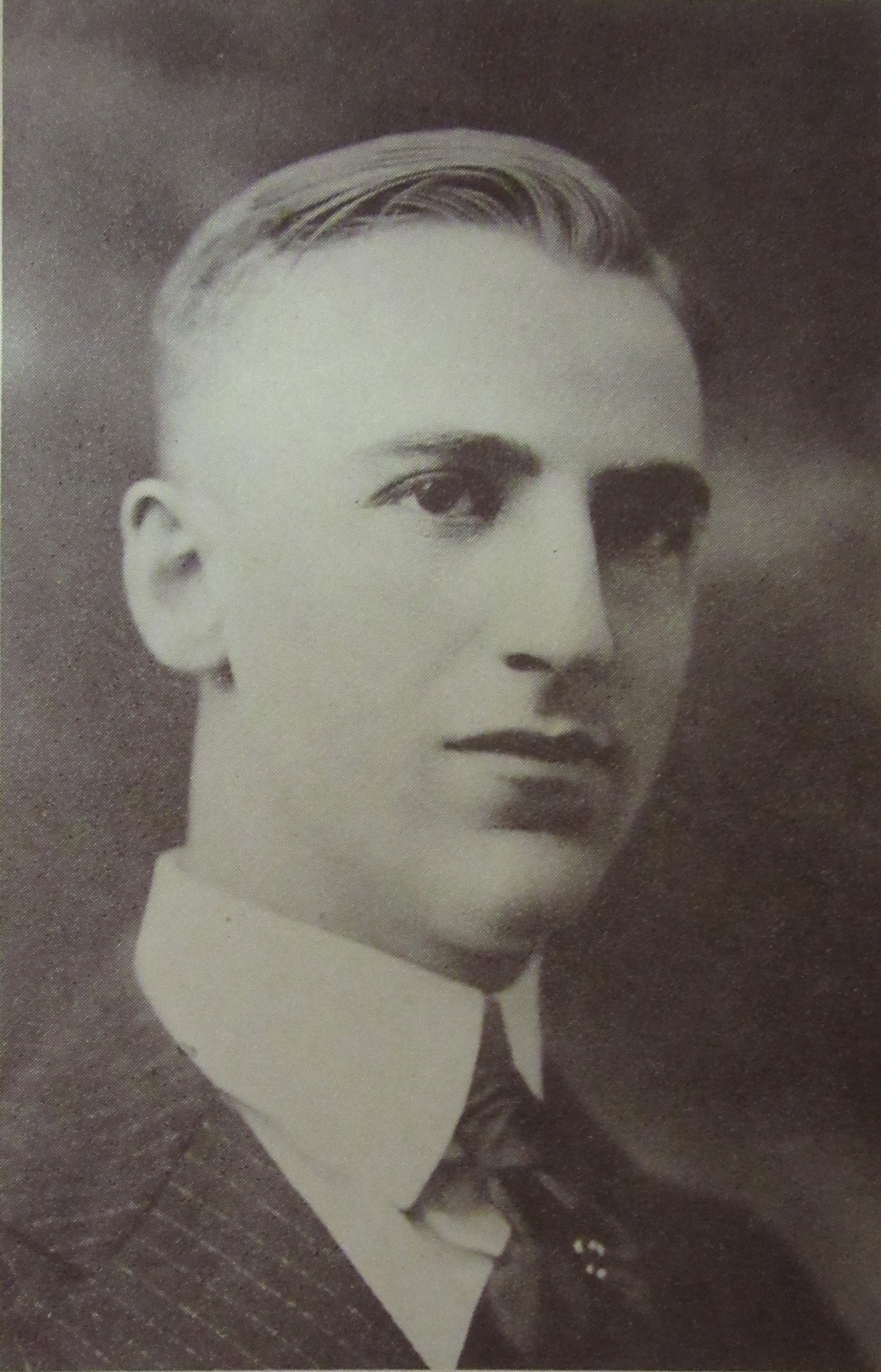 Thedford Owen Davis was born on October 11th, 1918, in Morgantown, West Virginia, to Dr. Owen and Ida (Duesenberry) Davis. He graduated from Huntington High School in 1916 and attended the Kentucky Military Institute for 4 years. He attended West Virginia University and was enrolled in the University of Michigan’s medical program, intending to follow in his father’s occupational footsteps. He entered service on September 24th, 1918, and was assigned as a First Lieutenant to Company D of the Medical Training Camp of the Students’ Army Training Corps at WVU. This program trained college students to be soldiers in the US Army. He caught pneumonia and died only 17 days after his enlistment, on October 11th, 1918, at Morgantown.

Thedford Owen Davis, twenty-one, died at the officers’ training school, Morgantown University, Friday evening according to word received in this city. He had been ill since Sunday, the cause of his death being pneumonia, His mother, Mrs. Ida M. Davis, Keister apartments, had been at his bedside since Monday.

Young Davis was well known in Huntington, having moved here from Beckley, W.Va.

Davis graduated from Huntington high school in the class of ’16 and won many honors there. He then attended Kentucky Military Institute and later the West Virginia University. Deciding to study medicine and follow the profession of his father, the late Dr. Owen Davis, Beckley, W.Va., he entered the medical department of the University of Michigan a few years ago.

Though he never fulfilled his dream of becoming a medical professional, he was buried next to his father in Wildwood Cemetery, Beckley, West Virginia, following a funeral on October 13th:

Rites For Thedford Davis Will Occur At Calloway Home this Afternoon

The remains of Thedford Davis, who died in Morgantown, on Friday, arrived in Huntington last night, and the funeral will occur at three o’clock this afternoon at the home of C.M. Calloway, 1650 Fifth avenue. The body will be taken to Beckley on Monday, where it will be interred beside that of his father.

As an alumnus, he was honored at Huntington High School’s remembrance ceremony:

…Miss Prose dwelt feelingly and lovingly on the qualities of Thedford Davis, that had endeared him to the class of ’16….

Thedford was a graduate in the class of ’16 and was personally known to a large circle of Huntington High students and alumni. His classmates wrote at his graduation, “his heart and hands both open, both free. For what he has he gives, what he thinks he shows”, and so it proved to be. He gave his life for his country and no man hath greater love than this. Thedford was a member of the S.A.T.C. at W.Va. University when he was attacked with influenza and died a few days later.