The Pharr Mounds site is one the largest and most important ancient Native American sites in the southeast United States. It features eight Middle Woodland mounds dating between 0-200 A.D. in a roughly 85-acre area. The National Park Service conducted excavations of four of the mounds and found numerous artifacts, cremated and non-cremated human remains, and clay platforms. Artifacts found include copper tools and objects and decorative ceramic vessels. Many of the objects, including the copper ones, were not native to the area, highlighting the site's extensive trading networks. Only three of the mounds are visible from the parking lot. 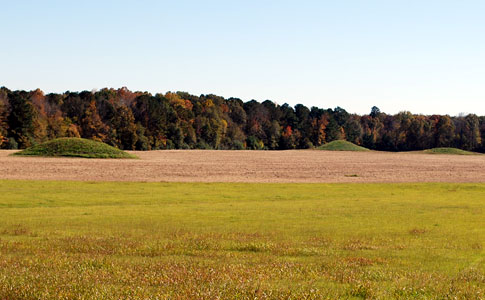 Interpretive signs that discuss the history of the mounds 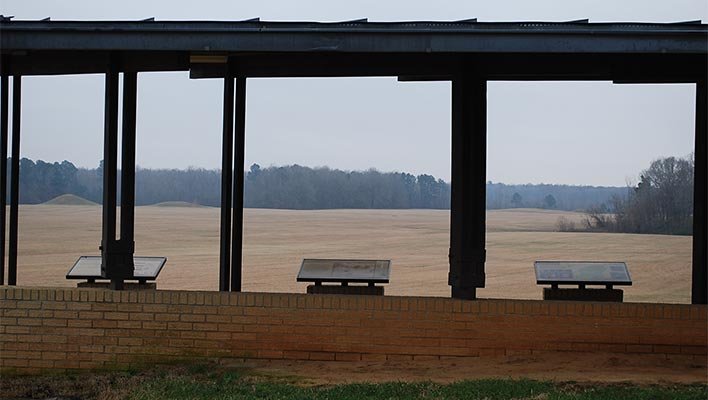 The Pharr Mounds are an important piece of Native American history located near Tupelo, Mississippi. The mounds date back to the Middle Woodland period, meaning they were built between 1 and 200 A.D. The 8 burial mounds at the site span an area of 85 acres and vary in height from 2 to 18 feet. It is believed that the mounds were built and used by a nomadic Indian tribe until 1200 A.D. This tribe likely returned to the mounds periodically in order to bury their dead.

The Pharr Mounds have become an important archaeological site. The National Park Service excavated four of the mounds in 1966. There were various internal features discovered within the mounds, including fire pits and clay platforms. There were also human remains found inside, both cremated and unburned. Ceremonial artifacts were also discovered inside, including copper spools, ceramic vessels, a greenstone platform pipe, mica, and lumps of galena, which is a shiny lead ore.

Several items found within the mounds are not known to originate in Mississippi, implying the existence of trade networks that reached distant places. The copper items and the greenstone are not native to the area, and neither are the galena and mica. These items were likely imported through long distance trade routes, meaning the tribe had access to items from outside the Mississippi area.