Listen to a narration of this entry's description by Kyle Warmack.

Constructed during World War I to house a naval ordnance plant, this massive facility near the banks of the Kanawha River in South Charleston has been home to a variety of industries over the past century. Construction of the original facility began in 1917, but only a small number of gun forgings were completed in time for World War I. Put into a state of hibernation by the Washington Naval Treaty of 1922, the plant was reopened and expanded in 1939 and contributed significantly to the Navy Department's efforts to produce weapons in the second World War. At its peak of production, the Ordnance Plant employed 11,000 workers in around-the-clock shifts. The plant built over 130,000 gun barrels for U.S. warships along with Tiny Tim rockets, armor plate, and many other items that aided the Allied war effort. During the 1960s, manufacturer FMC purchased the plant from the Navy and used it to build over 15,000 M113 armored personnel carriers and related vehicles. The facility is now home to several shipping and manufacturing companies.

An early photo of the North Unit looking southwest, which produced gun forgings and projectiles. At upper left, the original workers' barracks are still visible, so the South Unit (not pictured) is still under construction. 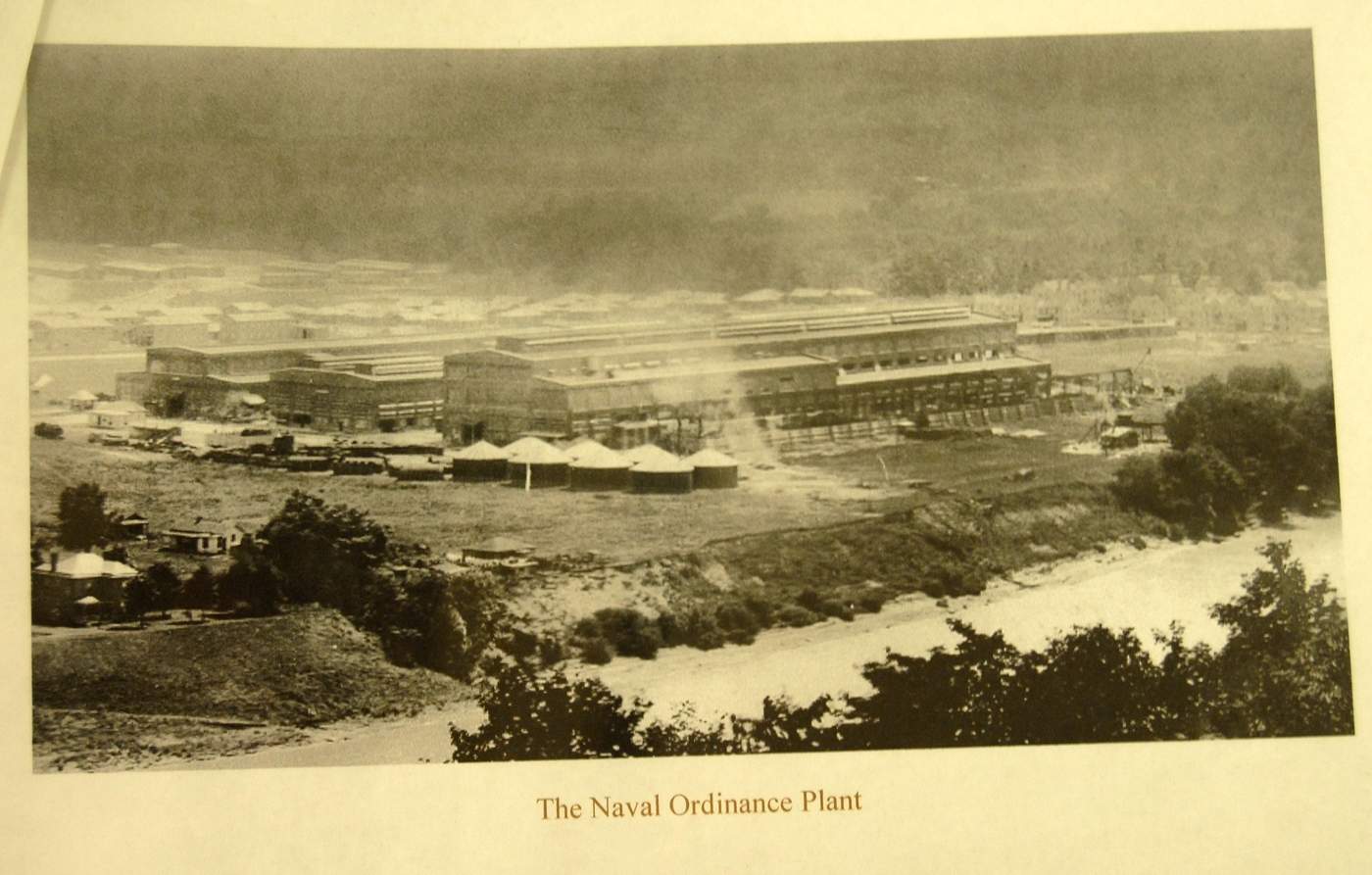 The modern-day auto parts stamping plant interior in a photo from 2012, shortly after Gestamp began leasing the original Machine Shop. The overhead crane, still in use, dates back to 1941, or may even be original to the NOP. Photo by Bob Wojcieszak. 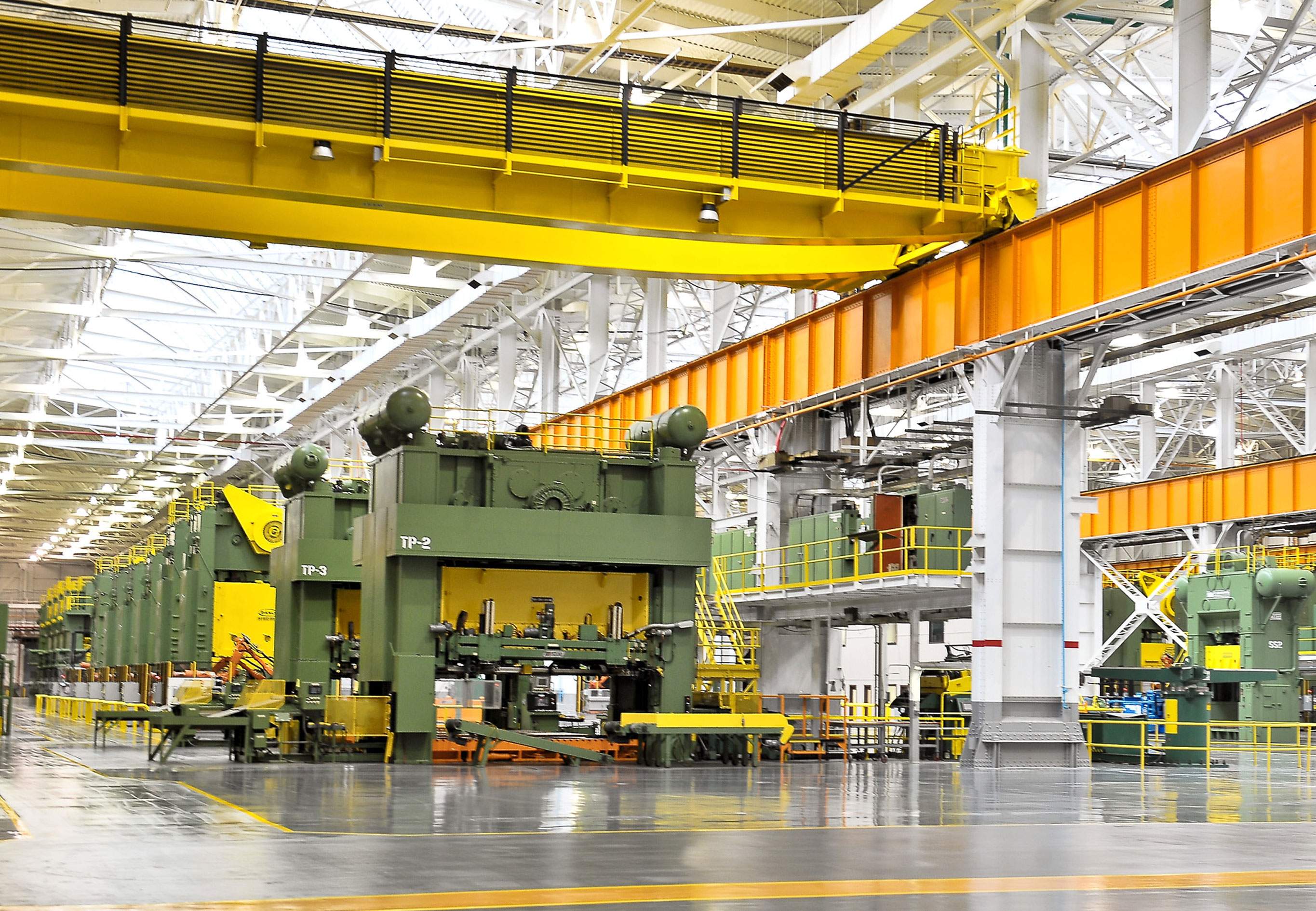 Another view of the North Unit, August 8, 1919, looking southward across the Kanawha River. The "Projectile Plant" in foreground was by then operational, though the Armor Plant in the background was not completed until 1921. 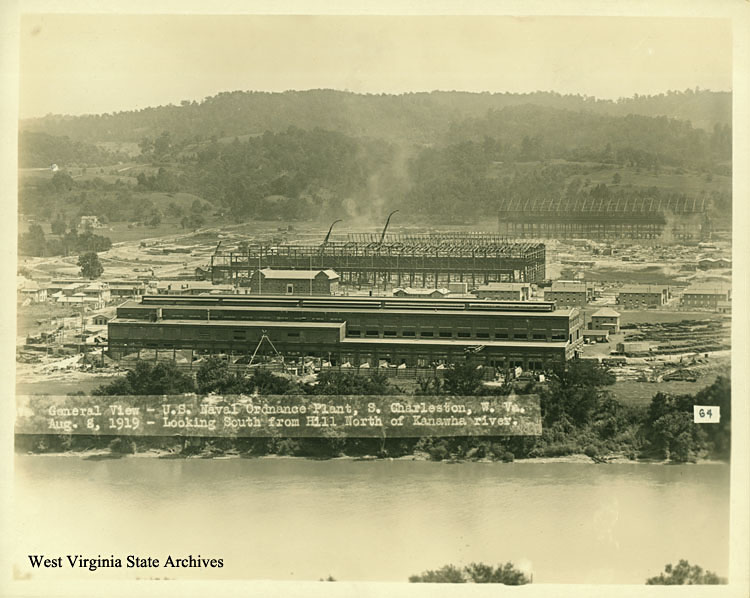 Blacksmith Shop inside the U.S. Naval Ordnance Plant in early operation. The plant was designed to be entirely self-sufficient in the production of steel armor, gun barrels, and projectiles. WV State Archive. 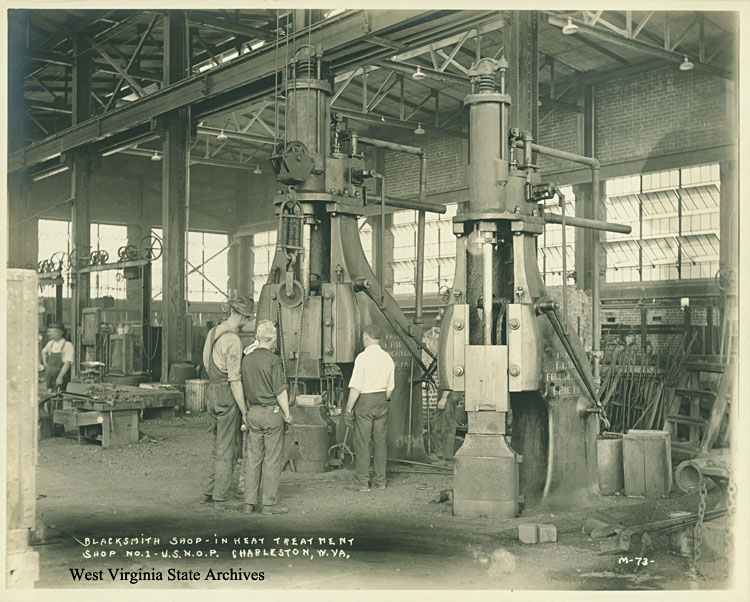 Lt. (j.g.) David M. Giltinan, U.S. Navy Reserve, joined the Ordnance Plant as its assistant inspector in 1918. Though his assignment finished in 1919, he stayed on to work at the plant as a civilian, and was present in 1961 at decommissioning. 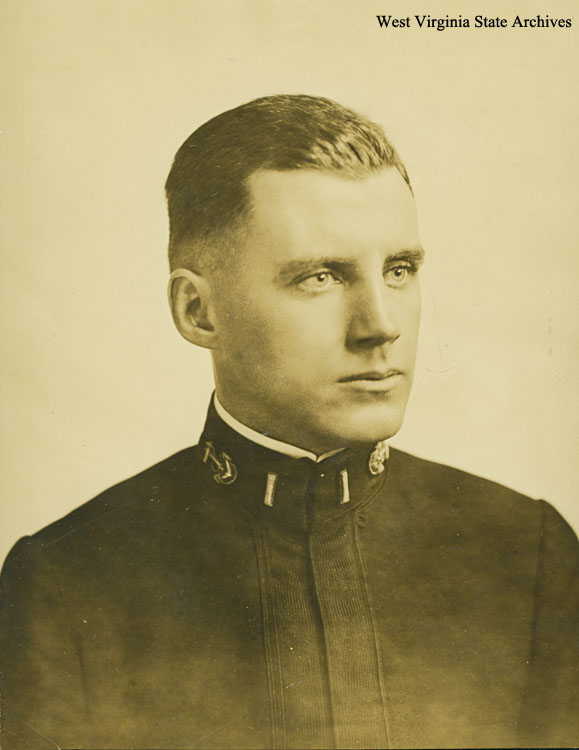 A present-day view of the industrial park, looking eastward. Note the railroad tracks that once directly serviced the Open Hearth Building at right, which produced the steel ingots that later became armor and guns. Photo courtesy of Kyle Warmack. 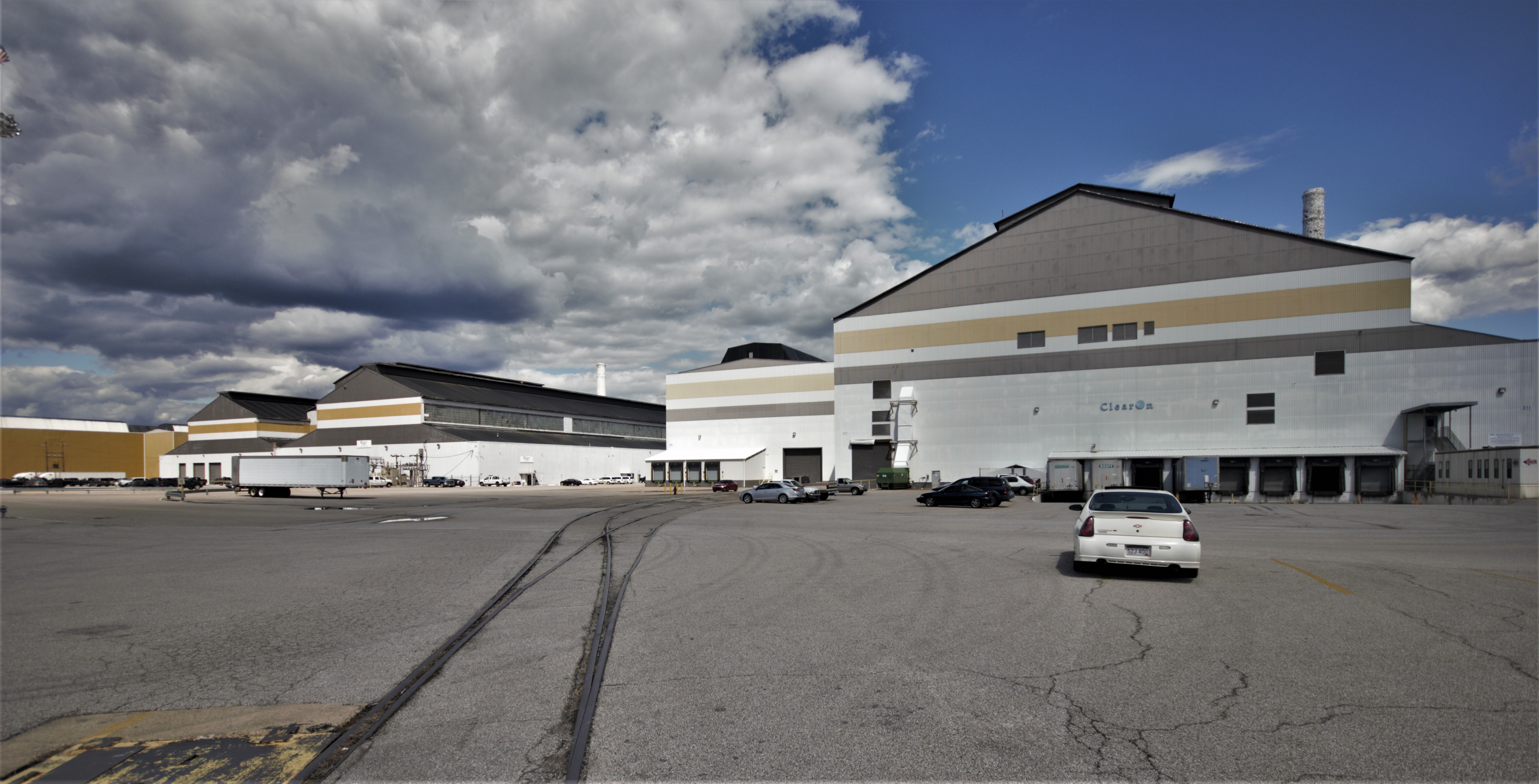 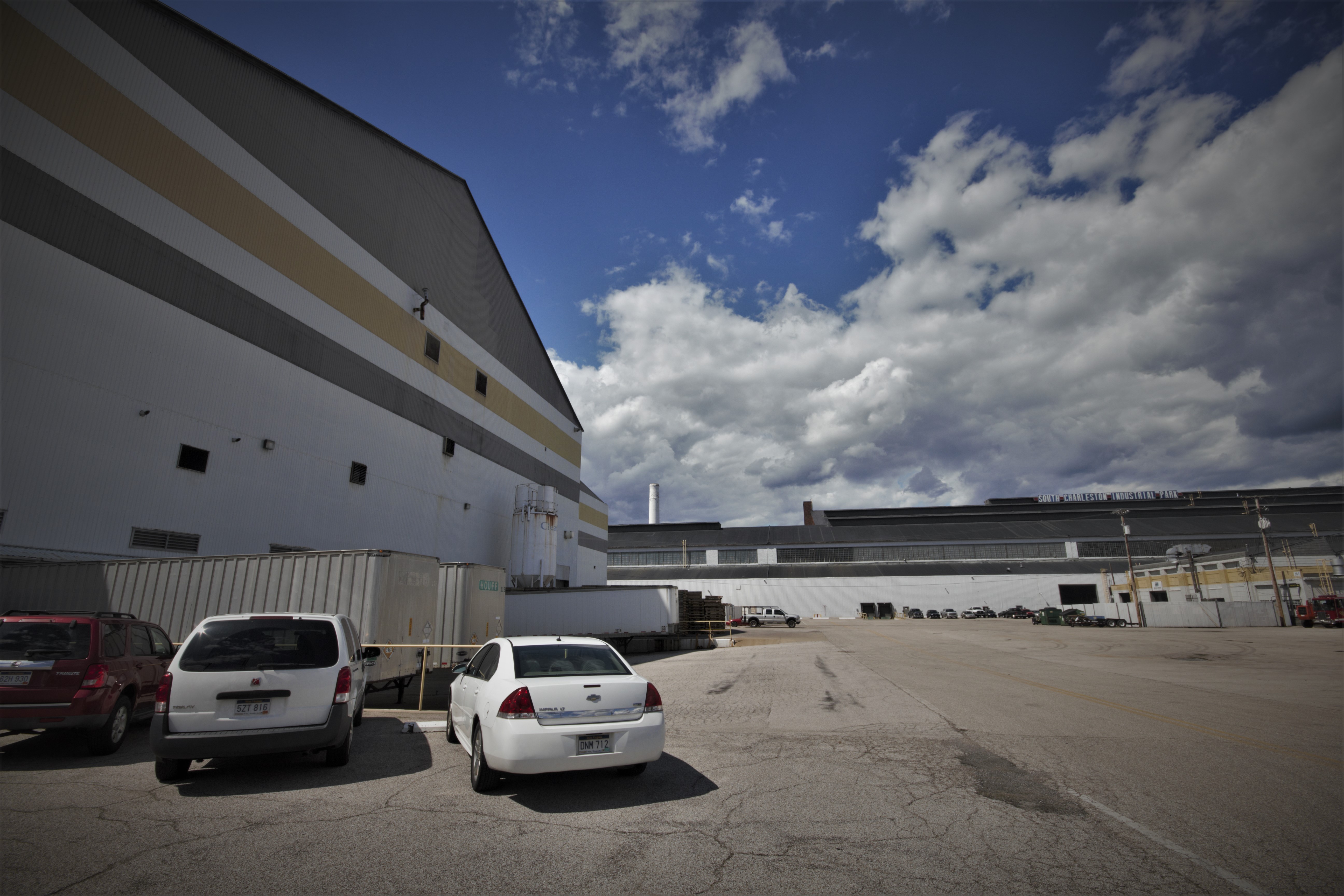 Present-day view, looking southeast. The tan-colored buildings on the left were also once part of the NOP, but have made auto parts since the 1970s. In the 1960s, FMC tested vehicles in the pond area in foreground. Photo K. Warmack. 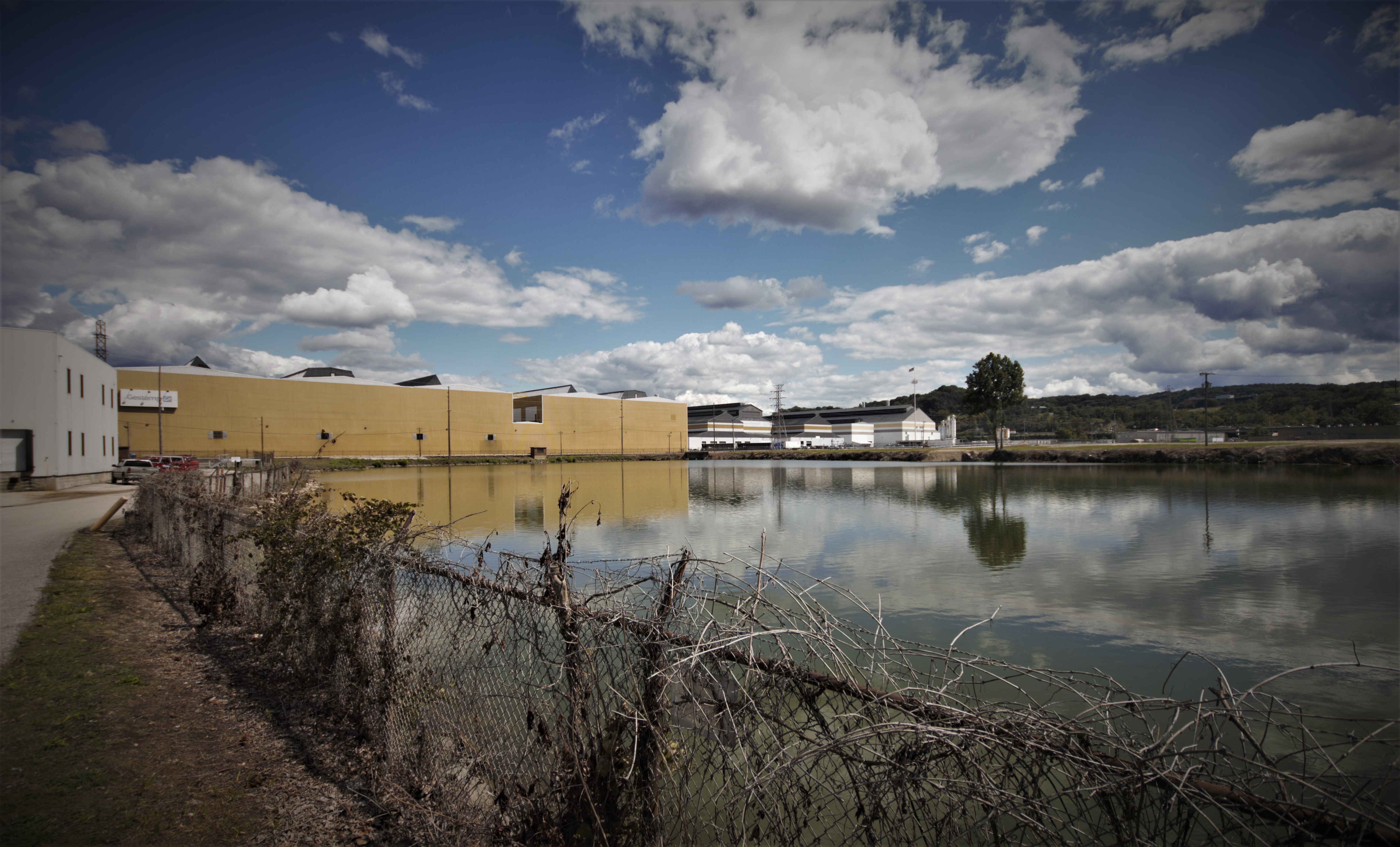 Ad for a 1980 VW Rabbit. Metal parts for the Rabbit were stamped at the Ordnance Center when Volkswagen leased building 307 in 1979, taking over a lease from American Motors Corporation. VW moved out of the NOP in 1987. 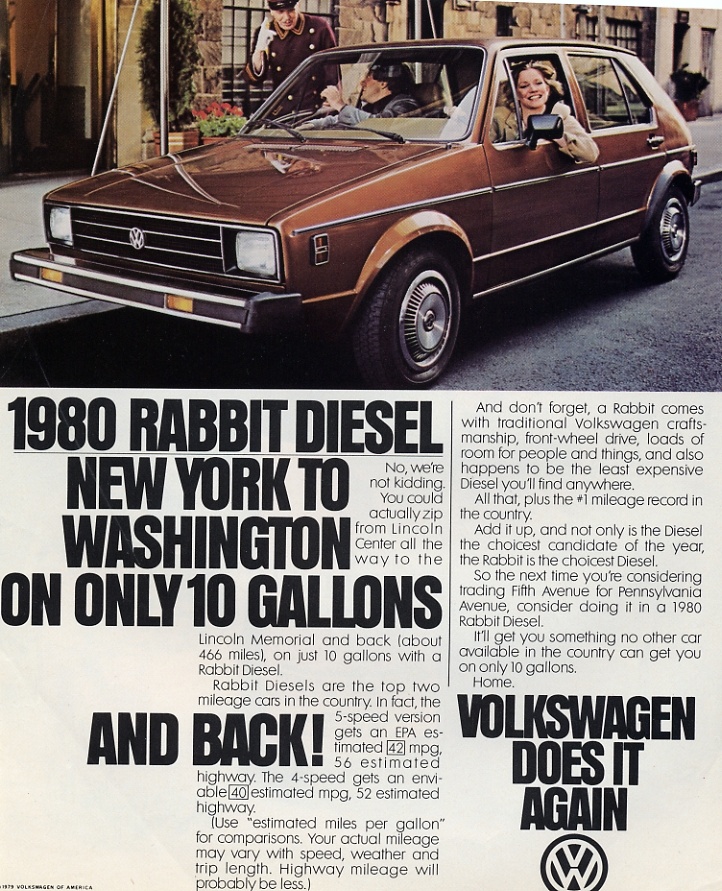 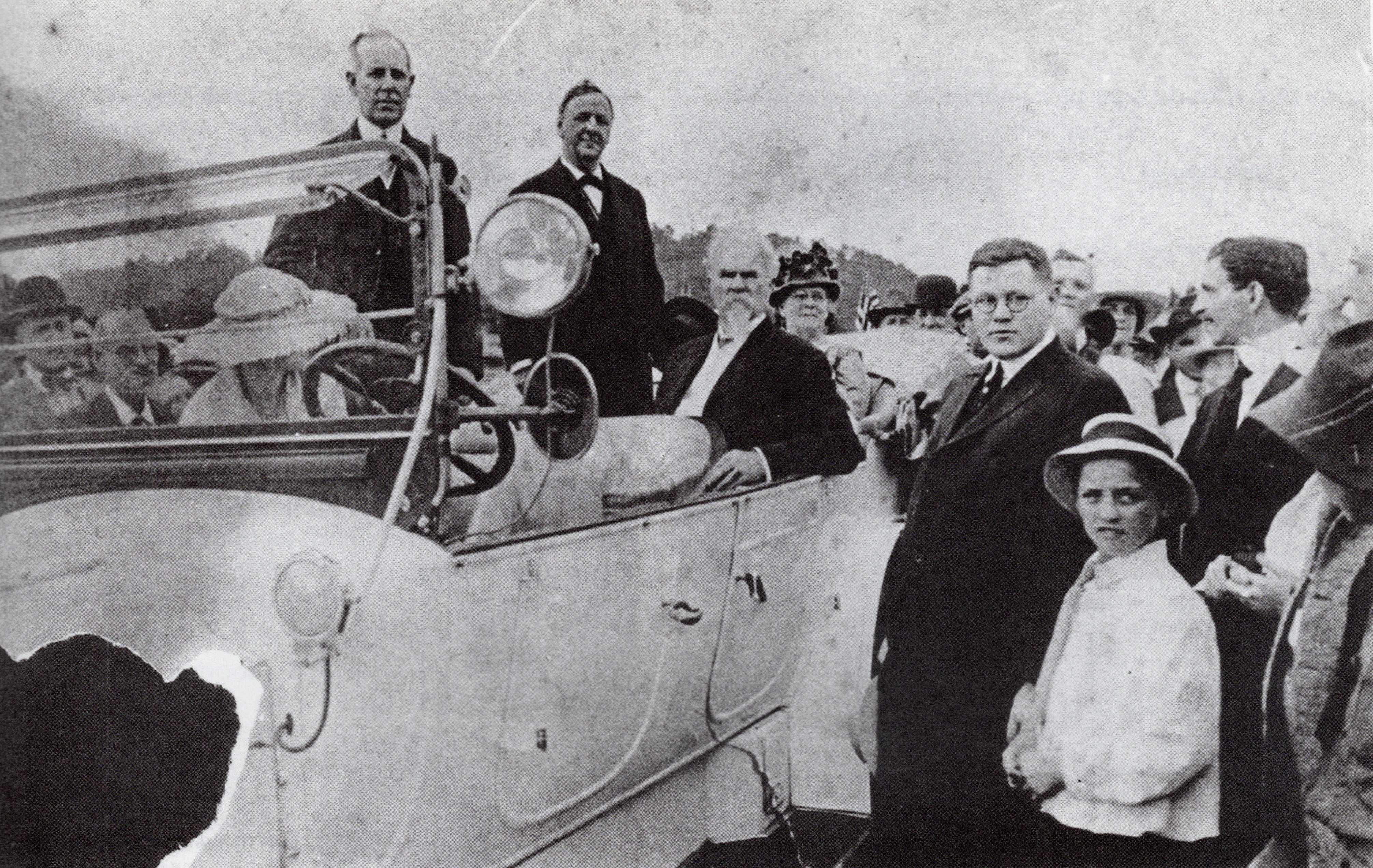 From 1962 to 1969, M113 armored personnel carriers were manufactured at the plant by Food Machinery Corporation. The M113 was one of the mainstays of U.S. ground forces in Vietnam. 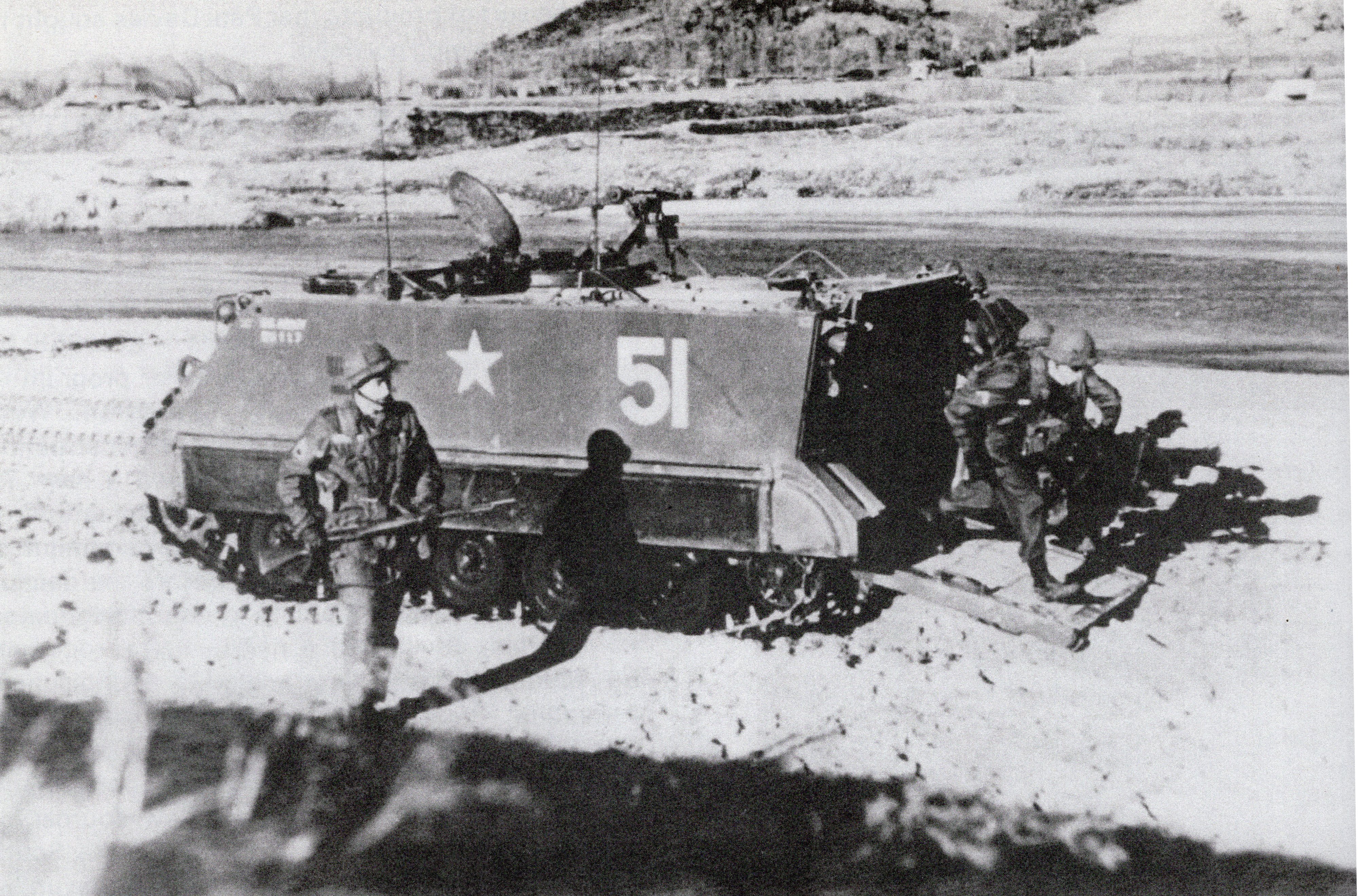 The NOP foundry mark on a 5-inch, 38-caliber gun on the USS Iowa, "Battleship of Presidents," which transported President Roosevelt to his meeting in Tunisia with Churchill and Stalin. Twenty 5" guns comprised the Iowa-class's secondary battery. 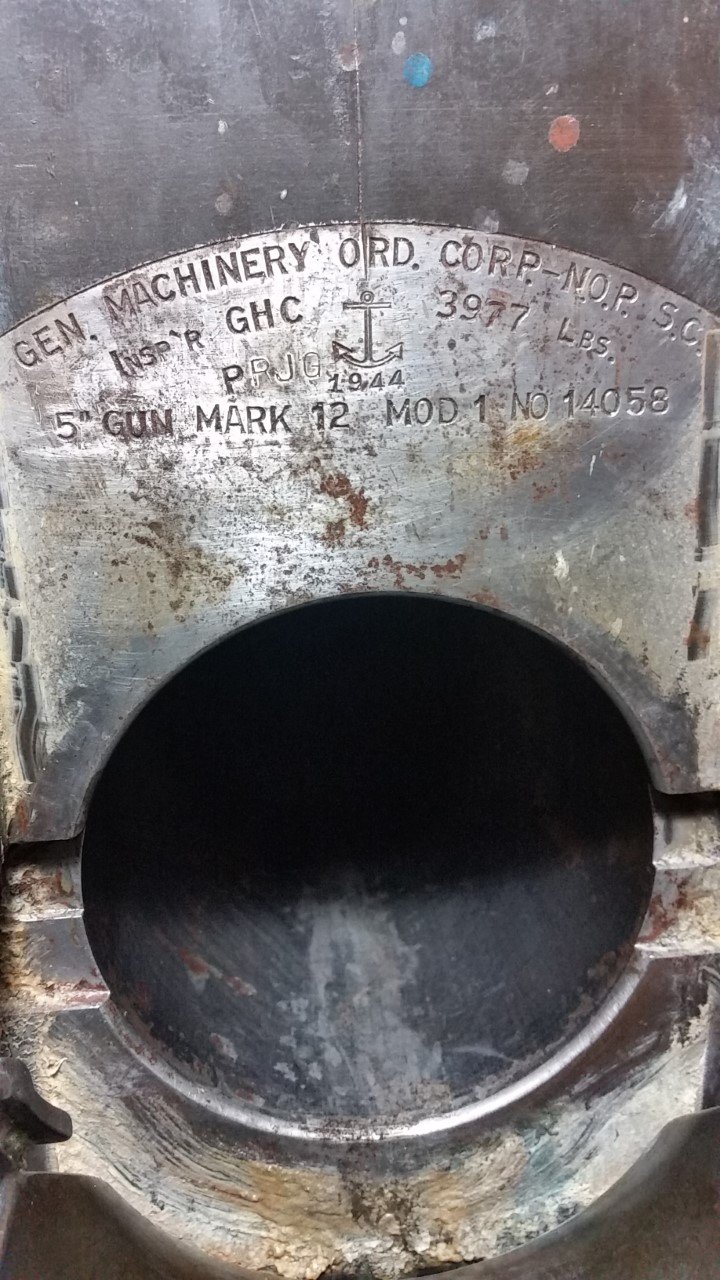 This January 1944 cover of "Naval Firepower Magazine," a U.S. Navy publication from WW2, features a photo of a South Charleston worker cutting armor plate. The photo reappears in several 1944 issues of Popular Mechanics. 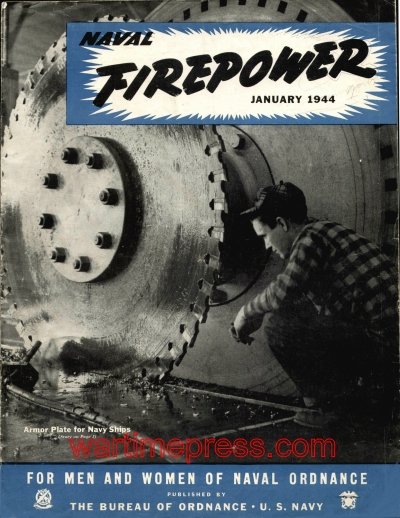 Though it did not produce shells during its production height in WW2, part of the NOP's original mission was to make large-caliber naval ammunition. The shells made there from 1919-1921 were supposedly the highest quality of any in the country. 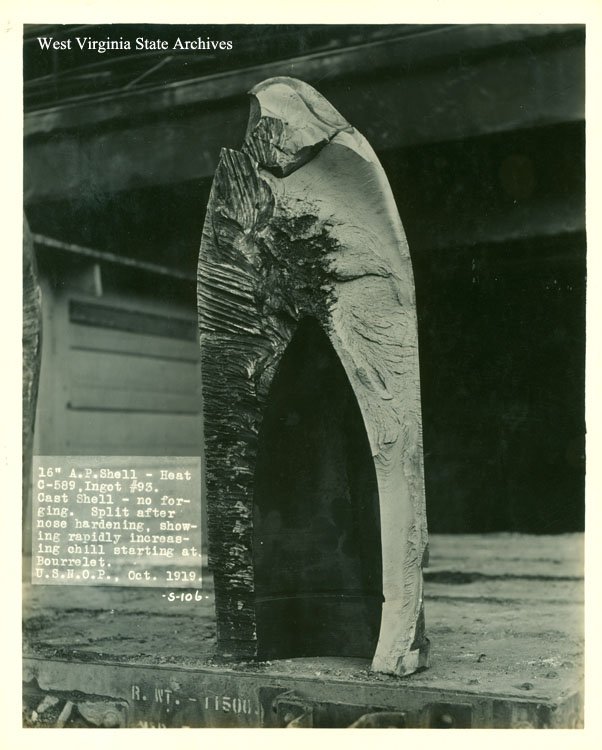 A 1930s aerial shot of the NOP, looking north toward the Kanawha River. Neighboring Oakes Field, to the east, has not yet been constructed, and Carnegie Steel would add extensions to some of the largest buildings in 1941. 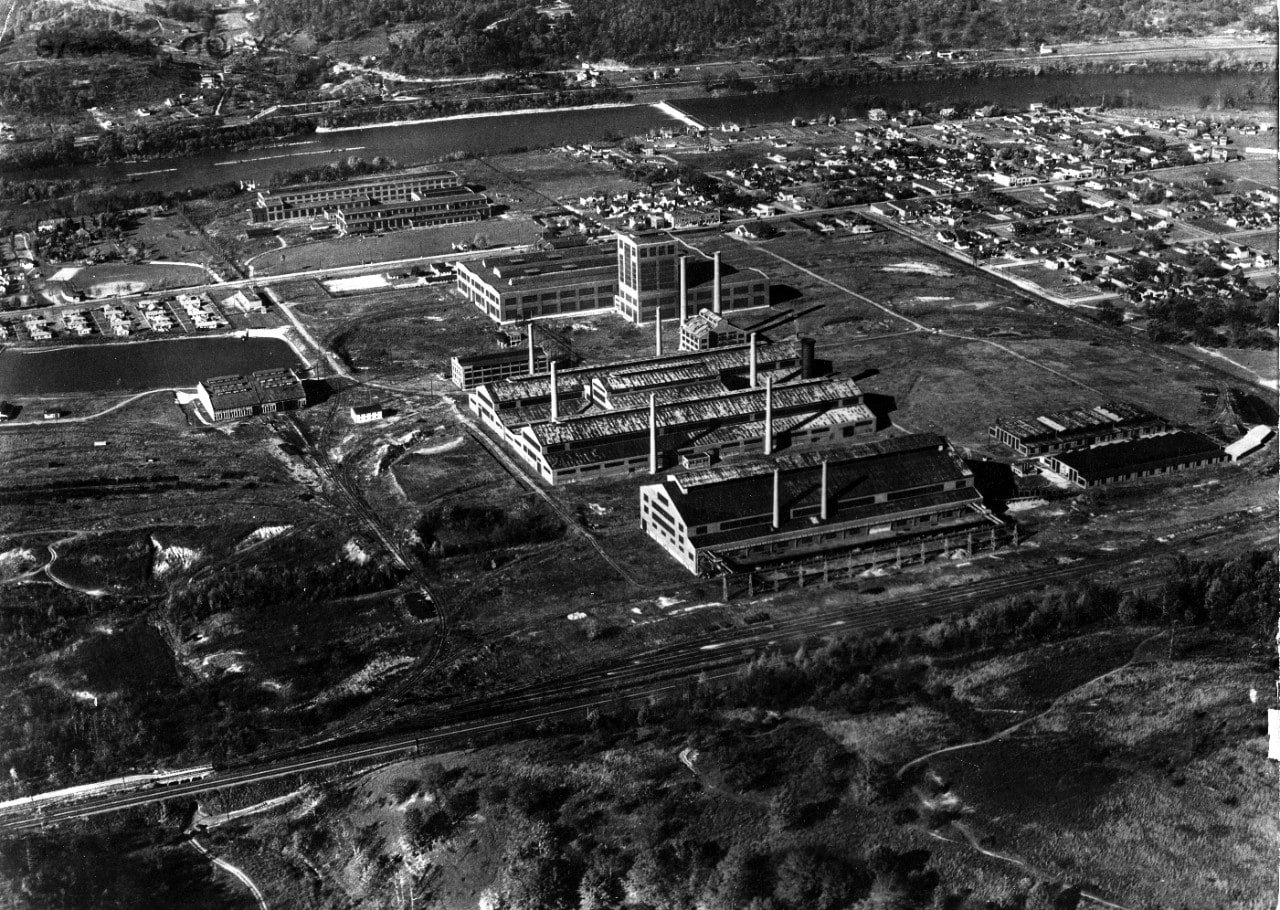 Listen to a narration of this entry's description by Kyle Warmack.

When Congress passed an act in 1916 providing for the construction of a government-owned armor and projectile plant, the Charleston Chamber of Commerce acted quickly to donate a 205-acre site for the cause. The site was chosen due to proximity to railroads, safe distance from the coast, and ample access to water, power and gas.

The decision to construct the plant was itself the result of a drawn-out battle between Congress, the behemoth steel corporations of the early 20th century, and President Woodrow Wilson's Secretary of the Navy, Josephus Daniels. A debate had raged for two decades about the cost of producing armor plate for the new heavily armored warships that were then the pinnacle of naval firepower, and Josephus Daniels claimed the only way to hold the steel monopolies to a fair price was for the government to construct its own plant to use as a "yardstick," by which the true cost of production could be measured. Daniels eventually got his way and the construction of one the U.S.'s largest weapons and armor plants began.

Ground was broken on Aug. 30, 1917, but despite producing some naval gun components in summer of 1918, most of the plant's major facilities were not operational until February 1921, well after the First World War had ended. Operations were suspended in February 1922, when the United States became a signatory of the Washington Naval Treaty, limiting production of new large warships such as battleships and aircraft carriers. Between the wars, a skeleton crew was retained to keep the plant in working order, but its usefulness was often treated skeptically. A 1931 New York Sun article blasted the Plant as a mere "lump of steel," and a gross mismanagement of taxpayer money. A U.S. Representative from West Virginia even proposed Congressional legislation that it be sold in 1937. President Franklin D. Roosevelt, however, personally stated that in light of world affairs, it should be kept open, and in September of 1940 he personally toured the plant and allotted money for it to become fully operational. Roosevelt also had a personal connection to the Naval Ordnance Plant (NOP), as he had been Assistant Secretary of the Navy under Josephus Daniels, and had helped to bring its construction about. Roosevelt ascribed to the "yardstick" philosophy of Daniels and applied it to many large-scale New Deal constructions, such as the Tennessee Valley Authority.

By the end of World War II, the plant contained 47 buildings, including a school for workers' children, greenhouse, and recreation center. Adjacent to the plant were 65 houses and 42 bungalows, and off the reservation were nearby federal housing developments at Ordnance Park (St. Albans), and Kenna Homes. The entire Kanawha Valley boomed with wartime production, with several nearby chemical factories, a synthetic rubber plant, and numerous other facilities producing war materials. Over 11,000 workers worked at the NOP during the war--more than fifty percent of them women at the height of its production in 1944-45, due to manpower shortages as the invasion of Western Europe and fighting in the Pacific took male workers off the production lines and into uniform. Nevertheless, the NOP's production record was unmatched--with over 130,000 gun barrels produced, it completed more naval ordnance than all other plants in the U.S. combined. It introduced several revolutions in large-scale tooling technology, including the pioneering use of tungsten carbide boring bits.

Production came to a halt at the end of the war, and the facility was converted for storage. Several plans to convert the facility into another industrial use that would create badly-needed postwar jobs fell through, making the NOP a sore subject for many Kanawha Valley citizens. Then-candidate John F. Kennedy addressed the problem head on in a speech in South Charleston on the Presidential campaign trail in 1960:

"Here, in South Charleston, you have one of the most demanding and important examples of the need for new industry. Your once dynamic and expanding Naval Ordnance Plant - a plant which once employed more than 11,000 men - has been slowly closing down as the government prepares to abandon it completely. In time of war this vital plant contributed strategic materials - vital supplies and important armor plate - to the great American victory - your factory was the pride of the nation. But today - in a time of unprecedented peacetime prosperity - the Administration has decided that it has no more use for South Charleston. It offers no hope of new jobs or new business. It has condemned thousands of workers to economic hardship, unemployment and despair. It has forgotten how much South Charleston contributed to America in the past - and it just doesn't care what happens to you in the future."9

The NOP continued to store military munitions and vehicles until it was sold by the newly elected Kennedy Administration to FMC (Food Machinery and Chemical Corporation) in 1961. After FMC retooled the facility, it was was used to manufacture M113 armored personnel carriers from 1962 until 1969, one of only two facilities in the U.S. to do so. But labor strife and contract losses soon convinced FMC to sell the plant. By the early 1970s, roughly two-thirds of the facility had been sold to Ray Park, a private businessman, much of whose fortune was made by apportioning and leasing out large facilities like the NOP to other businesses. In 1974, the short-lived American Motors Corporation leased the giant former Machine Shop to stamp components for Pacers and other automobiles--but was forced to give up the operation during its bankruptcy and purchase by Renault. By 1979, Volkswagen was leasing that portion of the plant to stamp parts for its popular Rabbit cars.

Today the South Charleston Industrial Park is still owned by Ray Park and houses Gestamp, a metal and automotive component manufacturer, a UPS facility, electric utility Appalachian Power, ClearOn (a chlorine bleach producer), and a number of other manufacturing companies. The largest component of the industrial park is Gestamp's metal stamping plant, a massive facility of approximately 922,000 square feet, in the former Carnegie-Illinois armor plate machine shop, which at the height of World War 2 could produce 7,000 tons of armor plate per month. In 2012, NBC's Today Show filmed a segment about "Rosie the Riveters" in the Plant, hosted by Ann Curry.

Beginning on September 3, 2018--the day Roosevelt visited the Plant in 1940--the South Charleston Interpretive Center hosted a large-scale pop-up exhibit adjacent to the former Naval Ordnance Plant with the support of the City of South Charleston. Entitled "Century Strong," the exhibit featured hundreds of never-before-published photographs and significant new research on the NOP's hundred year history. The physical exhibit closed on October 27 (Navy Day, which was the traditional annual date when the NOP opened its doors to the public), but as of 2019 the Interpretive Center is in the process of making all photographs and resources available to the public on a new website, NavalOrdnancePlant.org.

This entry has been edited 31 times.