The statue created by sculptor Joel Randell that stands on the Fayette County Courthouse ground depicts Marquis de Lafayette gazing off into the world. Born on September 6, 1757, in Chavaniac, France, Marquis de Lafayette grew to be a successful military officer during the Revolutionary War serving the Continental Army. Lafayette made his way to the United States in 1777 after being inspired by the colonists’ fight against the British through stories and signing an agreement to become a Major General in the Continental Army after being appointed by General George Washington. Lafayette was also a member of the Royal Army in France, serving as a Sous-lieutenant with the Kimp Musketeers. By serving in armies in two different countries, Marquis de Lafayette became known as the “Hero of Two Worlds.” 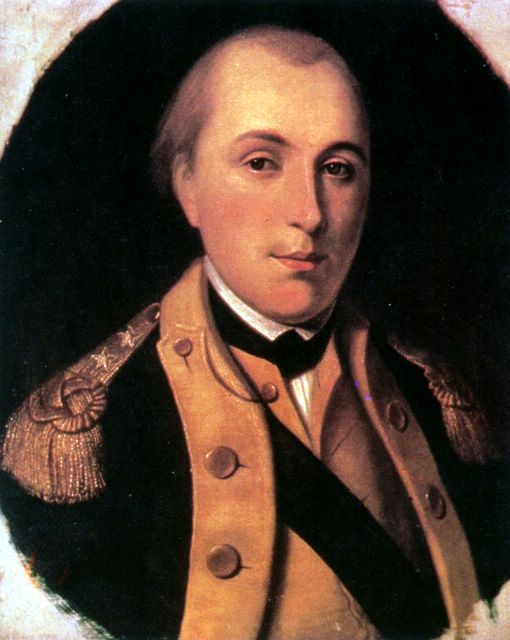 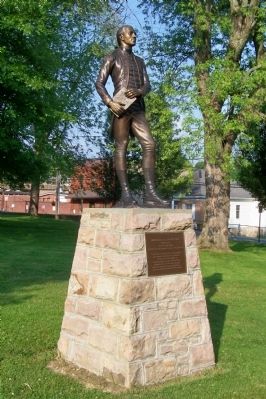 Memoirs of General Lafayette-Available for free at the link below. 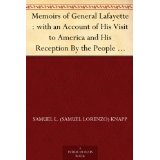 Lafayette in the Somewhat United States by best-selling author Sarah Vowell-click the link below for more information about this book. 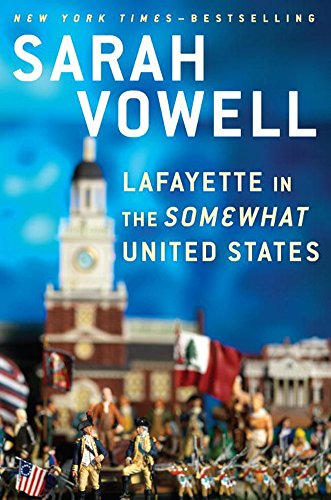 What Lafayette looked like in his Continental Army outfit. 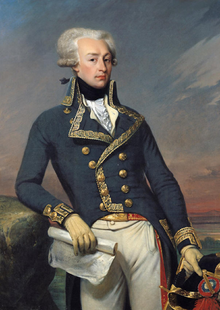 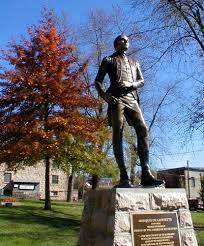 Lafayette’s first real taste of colonial combat came in 1777 during the Battle of Brandywine. This was certainly not his most successful battle since he was shot in the leg upon trying to organize a retreat. However, General George Washington urged doctors to take special care of Lafayette during his recovery, which began a special bond between the two Generals. Once recovered, Lafayette was eventually given command over Virginia Troops. Lafayette then fought in the Battle of Monmouth in 1778 after spending the winter with General George Washington in Valley Forge. He then returned to France and returned in 1779 with word that the French would be sending troops to America to help.

Lafayette’s shining moment with the Continental Army came in the Battle of Yorktown in 1781, where he commanded a third of the army. Here he “helped keep British Lieutenant-General Lord Cornwallis' army pinned at Yorktown, Virginia, while divisions led by Washington and France's Comte de Rochambeau surrounded the British and forced surrender in the last major battle of the Revolutionary War” (Marie Joseph Paul Yves Roche Gilbert du Motier, Marquis de Lafayette).

Lafayette gained leadership of the French division in 1792 in the war with Austria. The radical Jacobins in his unit made him flee to Flanders where he was imprisoned by the Austrian government for five years. After he returned to France, he avoided Napoleon Bonaparte politics. However, after Napoleon's defeat in Waterloo, Lafayette restarted his political career and became a member of the Chamber of Deputies in 1815 and again from 1818 to 1824.