Built in 1875, The Banker's House has become a local landmark over the last century and a half and is now preserved by the group Preservation North Carolina (PNC). The Banker's House is said to be the work of G.S.H. Applegate with similar architecture projects around the time period and region. The House officially has changed ownership 6 times before it was given to PNC after the death George Blanton Jr. The Banker's House is now used by the city of Shelby and a private party planner to host events in the house or in the renovated barn that is on the backside of the property that can be used along with the house rental or be a seperate hosting location for smaller gathering. Many people each year use the Banker's House as a meeting place for holiday parties for their businesses and many more use it as a wedding location using the inside for pictures and the back lawn for the wedding precession, with the barn being a lovely reception hall. 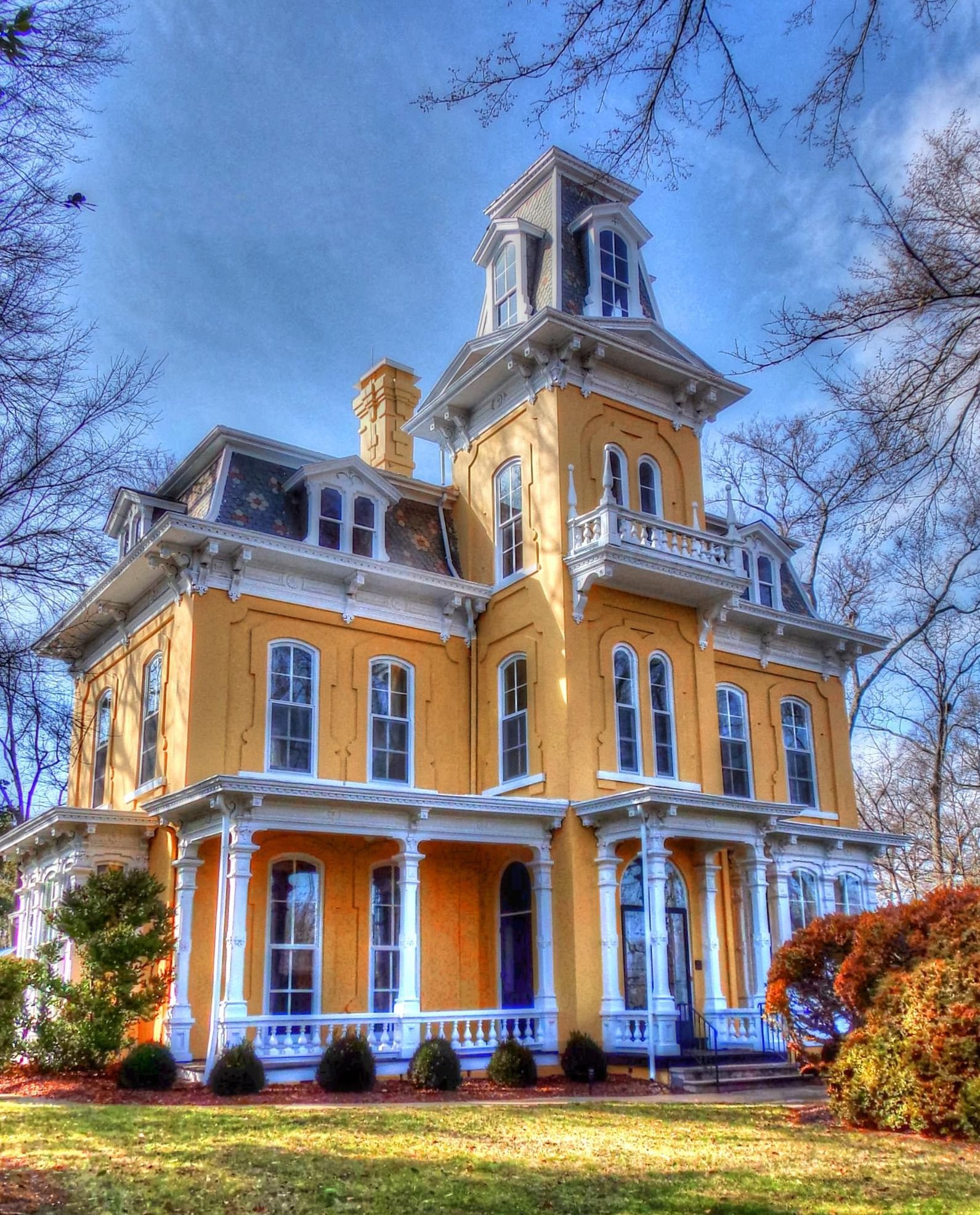 Built in 1874 the house was built for a Jesse Jenkins, who founded the first bank in the Shelby, but the house was sold at auction in 1879 due to hardships faced by Jenkins before the house was finished. Completed in 1875, the bright yellow house has become a local landmark in downtown Shelby. The House has changed owners many times over the last century and a half. The house has hardly changed since original build with minor updates over the last 100 years for convenience. In 1994, the current owners signed an agreement that would give the ownership of the home to Preservation North Carolina after their death. The House was officially turned over to PNC January 10th, 2001 when the owner George Blanton Jr. passed away. George had lived the longest in the house, residing there for his entire banking career who was President of the First National Bank in Shelby starting in 1947, six years after moving into the Banker's House.1 There is no other house in Shelby that compares to the Banker's House, the detail and time that went into building the house back in the 1800s is better than some houses built today. If you look closely at the tile work on the roof of the house there are tiled flowers that have stood the test of time and have not faded away with time.

Shelby, North Carolina used to be a banking center for the lower foothill region in the middle of the 19th century and into the early 20th century. Being the largest city in the area, many mills depended on the funds that banks in Shelby had to begin mill construction and start up costs. Other small towns around Shelby also depended on funding from the Shelby banks.