This is a contributing entry for Looking For Lincoln: Jacksonville and only appears as part of that tour.Learn More.

One of Jacksonville's Walldog murals. This one commemorates one of Lincoln's early political speeches, delivered in front of the court house during 1854. 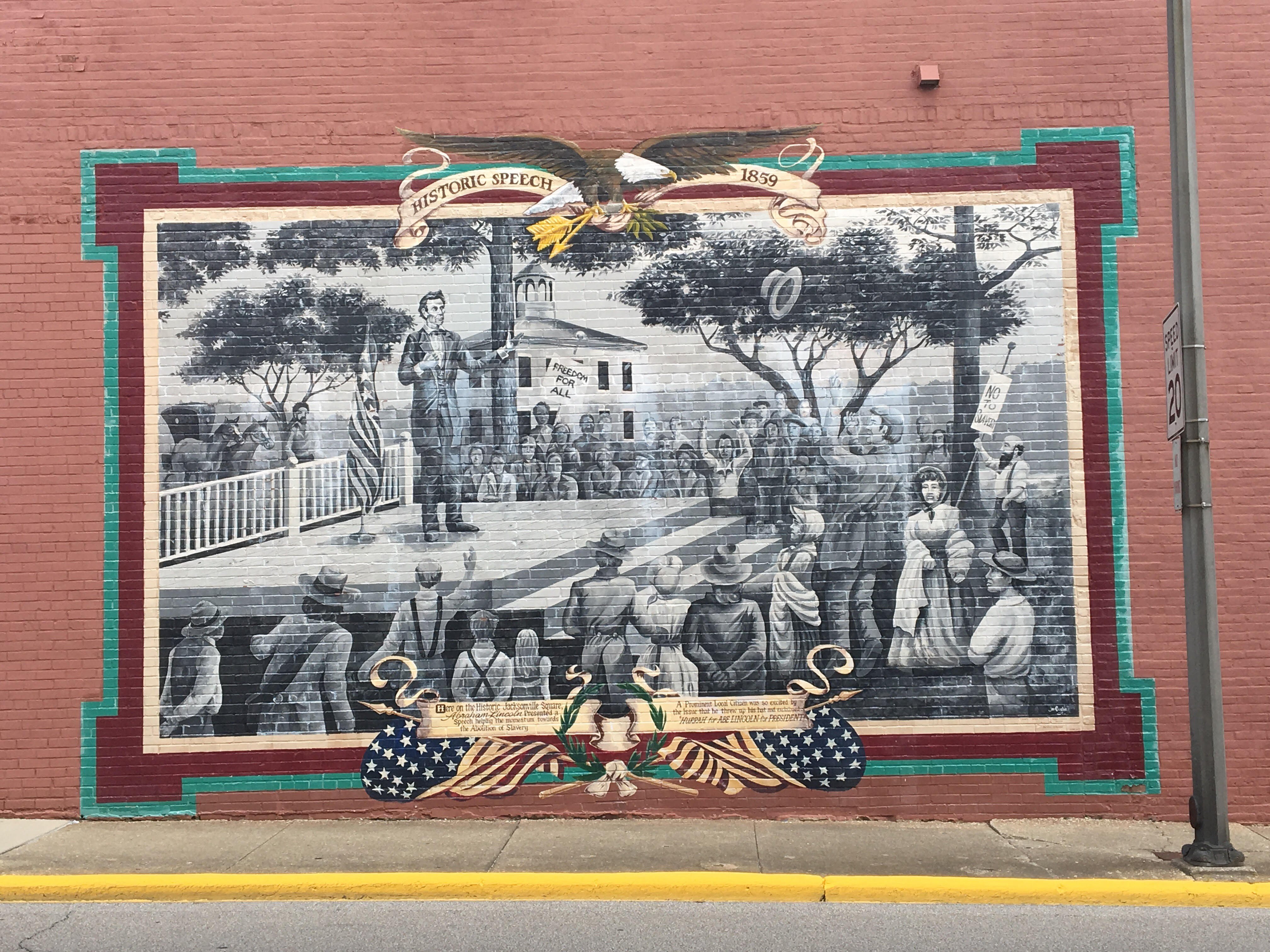 Throughout the early 1850’s, Abraham Lincoln, new to the world of politics, remained a relatively unknown figure. It was during 1854 that he delivered various speeches across the Midwest, criticizing slavery and the recently passed Kansas-Nebraska Act, and his rousing speeches earned him prevalence. His well-known Peoria speech is largely cited as what put him on the map, a scathing criticism of the Kansas-Nebraska act. However, in spite of his growing popularity, many doubted him and his resolve for never officially declaring himself to any of the major political parties. As stated by his legal partner, William H. Herdon, he was seen to “float forever about in the great political sea without compass, rudder or sail.”

Surprisingly, his eventual joining of the Republican party was not actually conducted of his own volition, though he did recognize his need to officially declare allegiance. In 1856, his law partner, Herdon, had signed Lincoln’s name in addition to his own during the summons to the Republican State convention, having obtained Lincoln’s permission by telegraph only after his name was already on the paper. After his speech at the Bloomington convention was met with booming applause, he quickly became one of the most requested speakers in the region, hearkening back to his early days. Traveling all over the Midwest, supporting the Republican party’s nominations for governor and president, Lincoln continued to gain favor among the abolitionists of the region. One such speech was delivered here, in the Jacksonville front of the Jacksonville Courthouse, once again criticizing the Kansas-Nebraska act. In an unknowingly prophetic statement, Jacksonville resident Joseph O. King, deeply inspired by the speech, proudly declared, “…and when he came out sharp and strong against slavery, I threw up my hat and shouted, ‘Hurray for Abe Lincoln for president of the United States.’ ” . As a speaker, Lincoln’s success during this time led to him becoming a figurehead of the Republican party, earning his nomination for Illinois State Senator in 1858, and indeed, as President in 1860.