William McCray Playground is a war memorial playground located at the borders between East and West Harlem, 45 W 138 St. With the support of the Police Department and the War Memorial Fund, the city built this playground and opened it on July 15, 1934. The establishment of the playground was a part of New Deal Projects (1934-43), which included expanding the number of playgrounds in the city. The war memorial playgrounds, including William McCray Playground, were dedicated in an official ceremony after the expansion. After its first opening, the playground continued to expand in 1989 and 1992 and doubled its size of the original space. In 1994, the city installed more play equipment, benches, and game tables, which each of them is marked with a commemorative tablet to honor the soldiers who sacrificed themselves in the war.

The plague of William McCray Playground 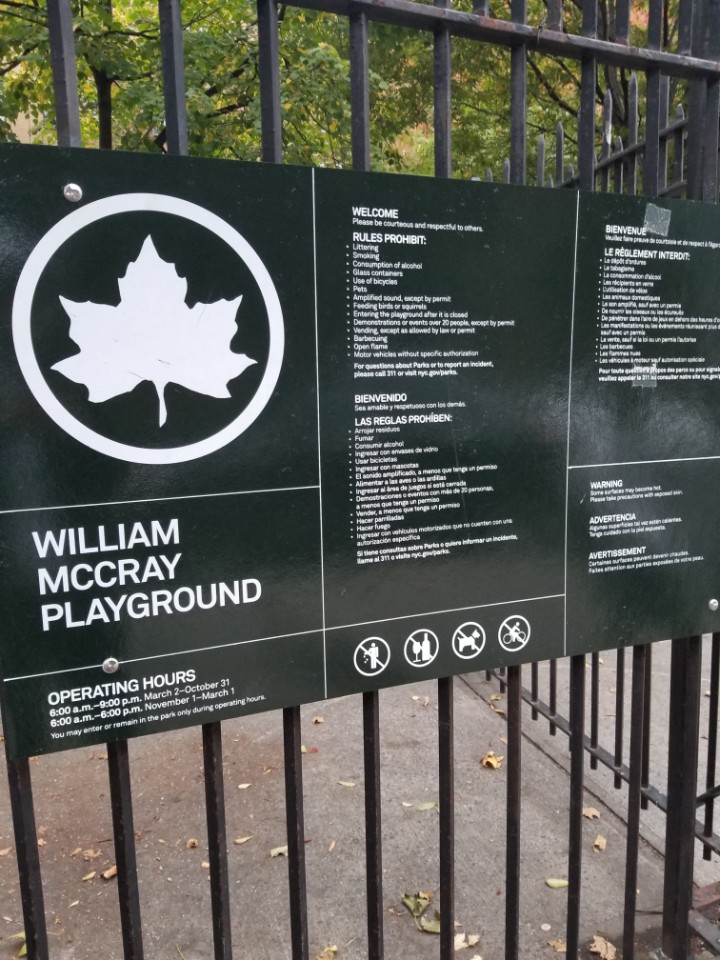 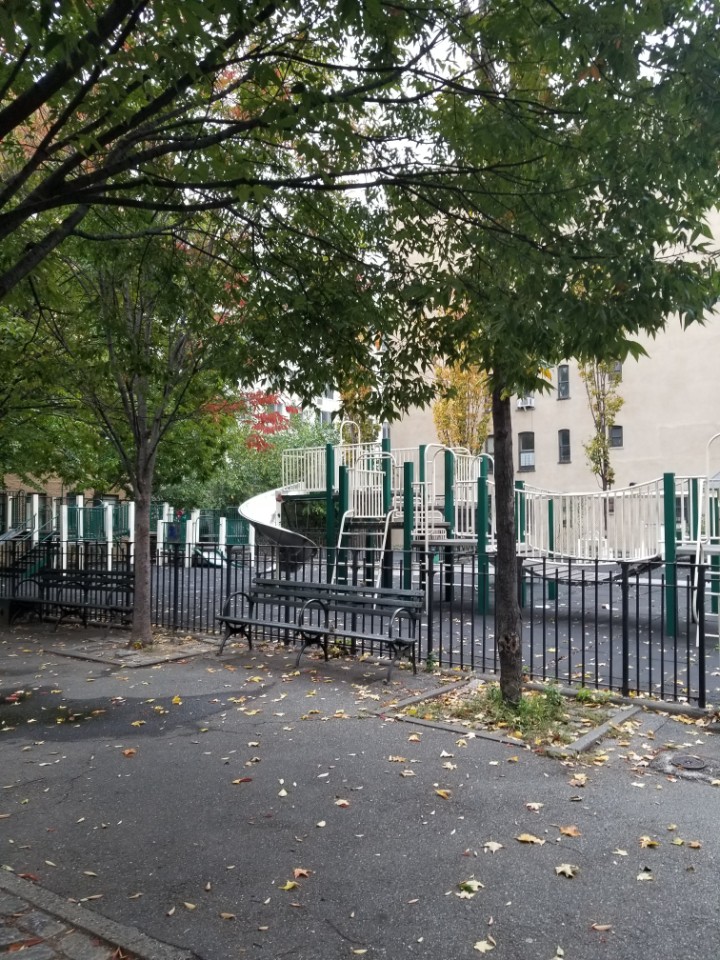 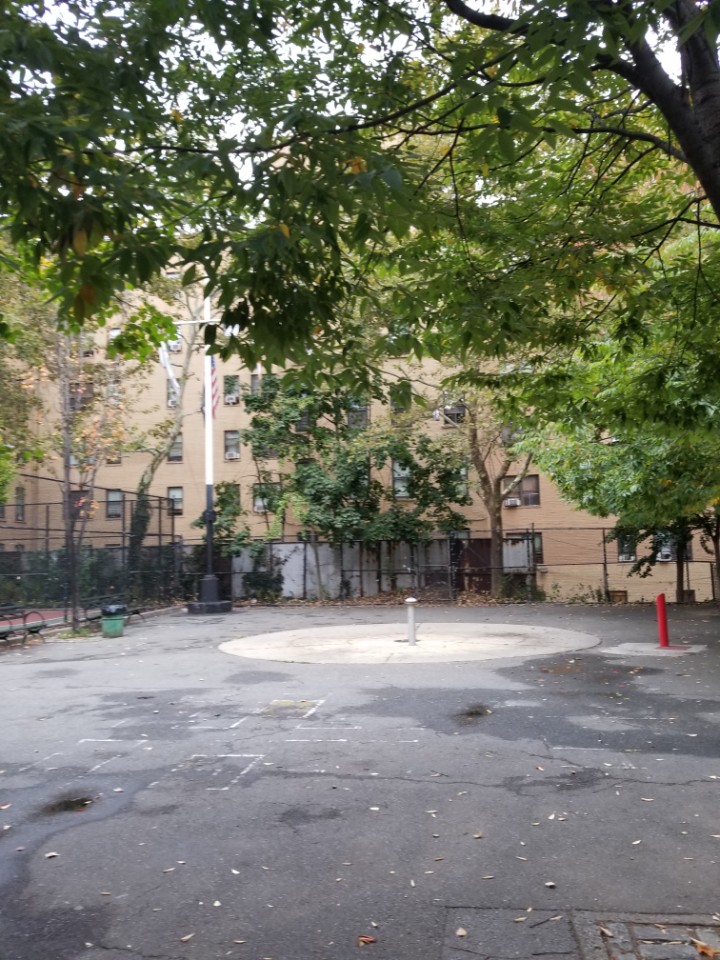 William McCray Playground is a memorial playground where memorates William McCray (1898-1918), who fought in World War I. He was born and raised in New York City and enlisted in the 15th Regiment, New York Guard. The 15th New York National Guard is now formerly known as the “Harlem Hellfighters,” The Harlem Hell Fighters were the regiment consisted of only African Americans, led by mainly of white officers. They were redesignated as the 369th Regiment when they arrived in France in 1917. The Harlem Hellfighters joined the 16th and 161st Divisions of French Army after they arrived in France, and fought bravely in several battles including Champagne-Marne Defensive, and Meuse-Argonne Offensive. William McCray fought hard in these combats and attained the rank of corporal, but got killed in a local infantry attack in the Champagne Sector in 1918.

The construction of William McCray Playground, however, symbolizes the change in the attitude towards the brave Harlem Hellfighters who courageously fought in many combats. It was built during the presidency of Franklin Roosevelt, who sought development in poor urban areas such as Harlem. The activation of New Deal Policy in Harlem and establishment of memorial parks were welcomed by African Americans; notably, the installing of William McCray Playground marks that African Americans had finally received recognition from the public.