General Tso’s Chicken, a sticky, sweet Chinese fried Chicken dish often served with broccoli and sprinkled with scallions, is a favorite on Chinese restaurant menus across America. However, it was actually created decades ago. It is a dish that was invented by a Hunanese in Taiwan and eventually popularized in America. It is believed that this dish was first served by chef Tsung Ting Wang in 1972 New York. Wang learned this dish during his trip to Taiwan, and recreated it with his own twist. 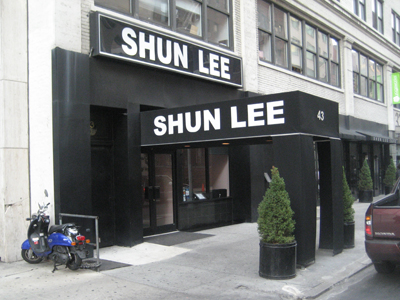 Jennifer Lee and Amanda Murray’s documentary The Search for General Tso traces the origins of the beloved Chinese food dish and examines who the General Tso is.[1] General Tso (Zuo Zongtang, or Tso Tsung-t’ang) was born in Hunan (Xiang) province and he was a Qing dynasty statesman and military leader in the middle and late 19th century China. He took part in the military campaign to put down the Taiping Rebellion, which is still the most brutal civil war to this day as it cost 20 million lives.[2] He also led the campaign that crushed the Britain and Russia backed Islamic State of Kashagria and recaptured Xinjiang.[3] His last post was the navy admiral of Fujian Fleet, as he funded the first modern naval yard in Fujian in his earlier military career. Because of General Tso’s meritorious military service, local people to this day are still proud of his name. However, the general himself had never ate or even heard about this chicken dish, “we don’t even know whether he like chicken or not.”[4]

As communists took over the mainland, Chef Peng Chang-kuei, who was originally from Hunan, went to Taiwan in 1949. Peng had many connections with government officials of the Republic of China (which is still the official name of Taiwan) as the government’s banquet chef. He came up with a chicken dish and named it after his fellow Hunanese, General Tso.[5] However, this General Tso’s Chicken is not the one subsequently flooded across America. It is believed that this dish was first served by chef Tsung Ting Wang in 1972 New York. Wang learned about this dish during his trip to Taiwan, and recreated it with his own twist. At first, he called it General Ching’s chicken, which was most likely named after Chiang Kai-shek, the President of the Republic of China at the time. Wang’s version has two changes: thicken the batter before frying chicken and add sugar when starching the chicken.[6] Later, this suitable-for-American-diet General Tso’s Chicken received favorable reviews and rapidly spread to almost all Chinese restaurants in America.

Shun Lee Palace was one of the most influential Chinese restaurants of the 1970s. Wang was its executive chef, stockholder and major force. Since opening on the East side of Manhattan in 1971, Shun Lee Palace continues to be an upscale Chinese restaurant specializing in serving trend and eclectic cuisine.[7] The food at this restaurant is a mix of Sichuanese, Hunanese, and Shanghainese, and it became most famous for its General Tso’s chicken and crispy orange beef. Shun Lee Palace and its sister establishment Shun Lee West are still going strong today.

[4] Jennifer Lee and Amanda Murray, The Search for General Tso.