Erected in October of 2012, the Fallen Confederate Soldiers Monument is one of the most recently-constructed Confederate monuments in the United States and one of seventy that were erected by the Tennessee Wars Commission. Twelve of the monuments are located in cemeteries while thirty-seven are in public spaces such as county courthouses and another twenty-one are in other prominent public places.

One of the most recent Confederate monuments, this 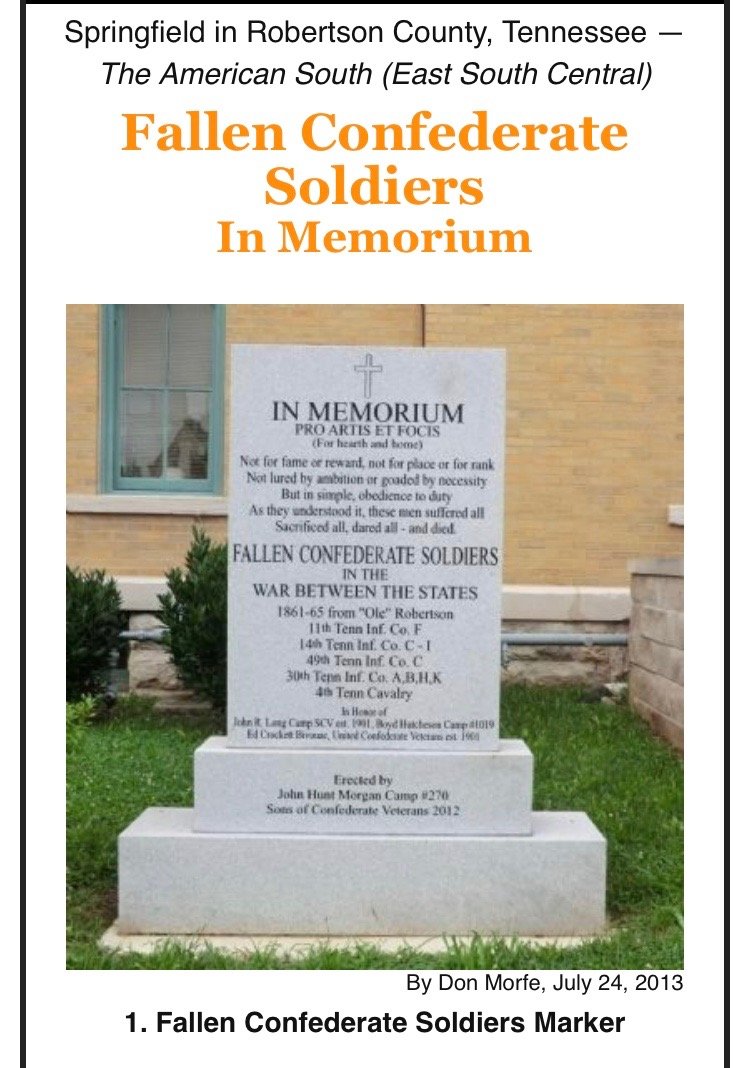 Given the connection between secession and slavery, as well as the intent to erect Confederate monuments to vindicate the antebellum South, this monument and others like it have aroused controversy. The monument was not welcomed by all residents and several organizations and government officials have called for the controversial marker to be removed. Defenders claim that the monument is neutral and reflect the history of Robertson County as home to many who supported the Confederacy.

In addition, recent scholarship has demonstrated that organizations such as the Sons of Confederate Veterans and the United Daughters of the Confederacy made vindication of the the antebellum South their leading priority in ways that also caused them to minimize the suffering caused by slavery, secession, and the Civil War. For example, the United Daughters of the Confederacy worked to remove textbooks that acknowledged the evils of slavery and the connection between slavery and the war.