Wilma Rudolph was the first woman to win three gold medals in one Olympic games. During the 1960 summer Olympics in Rome, Rudolph won gold in the 100 meter, 200 meter, and 100x400 meter relay. As a child, Rudolph suffered from several physical ailments such as polio. In response, she recalled, she pushed herself more than other children to overcome her limitations. Rudolph also challenged segregation in Clarksville and spoke out against discrimination faced by women and people of color. 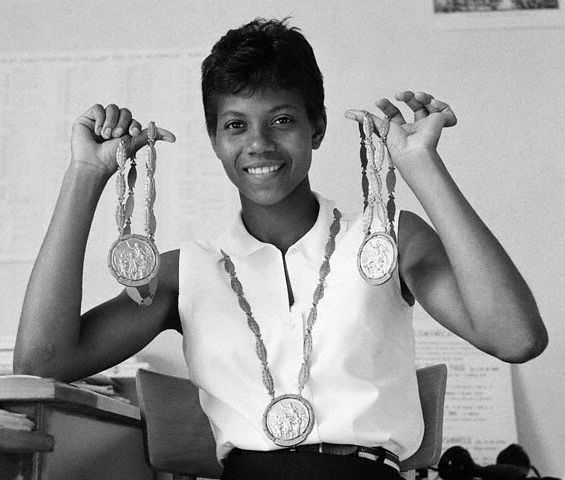 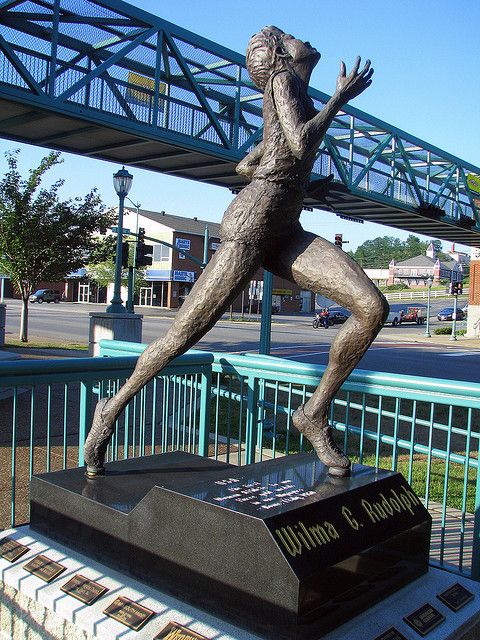 Wilma Rudolph was born premature, weighing only four and a half pounds. She was also the twentieth child in a family of twenty-two children. At age four, young Wilma was diagnosed with polio and was required to wear braces on her legs for the next five years. Rudolph set her mind upon overcoming her disability by running, jumping, and playing like other children her age despite the pain and fatigue. By age 12, Rudolph was able to play competitive sports such as basketball.

Rudolph's big break came when she was spotted by Tennessee State’s track and field coach and asked to join his summer program on the campus of this historically Black university. When Wilma Rudolph was only seventeen years old, she earned a berth on the U.S Olympic track team and came home with a bronze medal in the 1956 Melbourne Games. She also won races in the Pan American games as well as the AAU indoor meet. By 1960, she was the fastest woman in the world.

Rudolph won three gold medals in the 1960 Summer Olympics in Rome. Two years later, Wilma Rudolph retired from track at the age of twenty-two and became a teacher and community leader in several cities. On November 12, 1994, Rudolph died of cancer in her home in Nashville.

The tour includes museums and historical sites around Hopkinsville, Kentucky and Clarksburg, Tennessee. Highlights of the tour include the Lone Oak House, monuments such as the Wings of Liberty, and the Don F. Pratt Museum. The center of the tour is the Trail of Tears marker commemorating the experience of Native Americans as they were forcibly marched west from their homes in the Southeast to present-day Oklahoma.