This is a contributing entry for Putnam County Courthouse and only appears as part of that tour.Learn More.

This monument serves to honor those who have serve, died, or gone missing in action. The monument resides in front of the Putnam county courthouse. This began in 1971 by a MIA wife who pushed for further recognition of those taken POW and MIA during the Vietnam War. Agencies such as the Defense POW/MIA Accounting Agency (DPAA) keep track and account for all men who have been captured or declared missing during times of war and provide statistics on them.

The front view of the memorial. 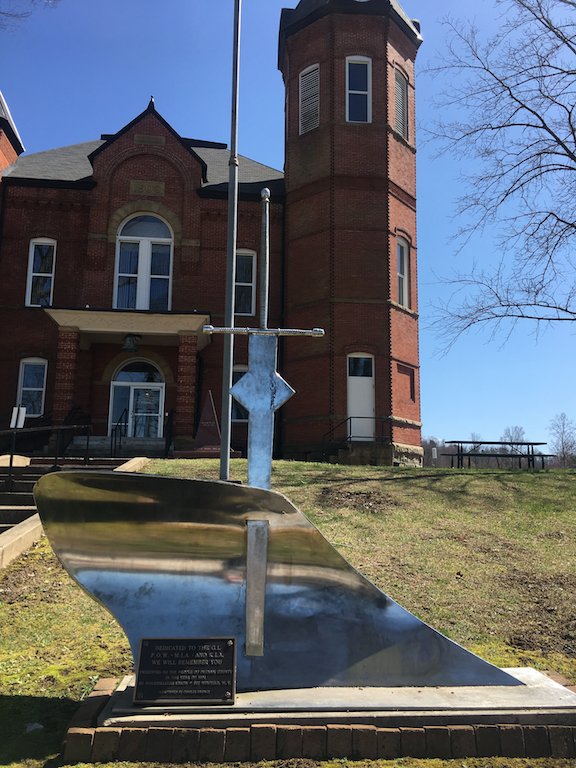 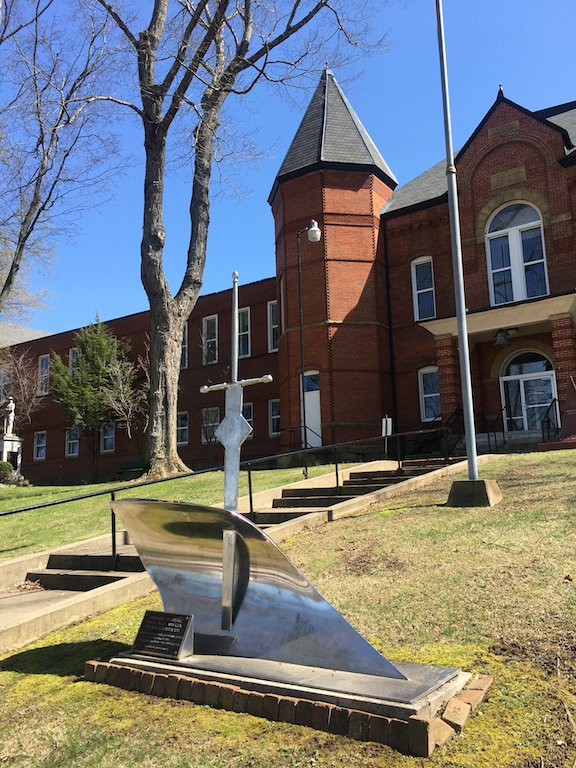 This monument serves to honor those lost, taken prisoner, and killed in action during times of war. This is one of many monuments across the United States to honor missing and imprisoned soldiers. Each year on the third Friday in September is POW/MIA Recognition Day, where a moment of silence is taken and the POW/MIA flag is flown across all military installations.

In 1971, Mary Hoff, an MIA wife and member of the National League of American Prisoners and Missing in Southeast Asia, saw the need for a symbol for POW/MIAs. She set out to find someone to help her design it, and was able to get help from those that had created the banner welcoming the Peoples Republic of China into the United Nations. The flag is Black, and in the center, in Black and white, the emblem of the League. The emblem is a white circle with a Black silhouette of a man, watch tower with a guard holding a rifle, and barbed wire. Above the circle are the white letters POW and MIA; below the circle is the motto "you are not forgotten".