Built in 1863, this historic cabin was home to early Texas pioneer John Churchill Gaines Blackburn. The cabin has been moved three times and the cabin that exists today is half of the original "dog run" style structure. The cabin was originally built in Palo Alto, about four miles northeast of the cabin’s current location, where Blackburn's homestead was located. The cabin and Palo Alto were absorbed into what is now Fort Hood in the 1950s, so the cabin was moved at that time in order to preserve it. The cabin was moved to this location and dedicated in 1986. The Blackburn family cemetery remains in its original location of old Palo Alto on the Fort Hood installation. 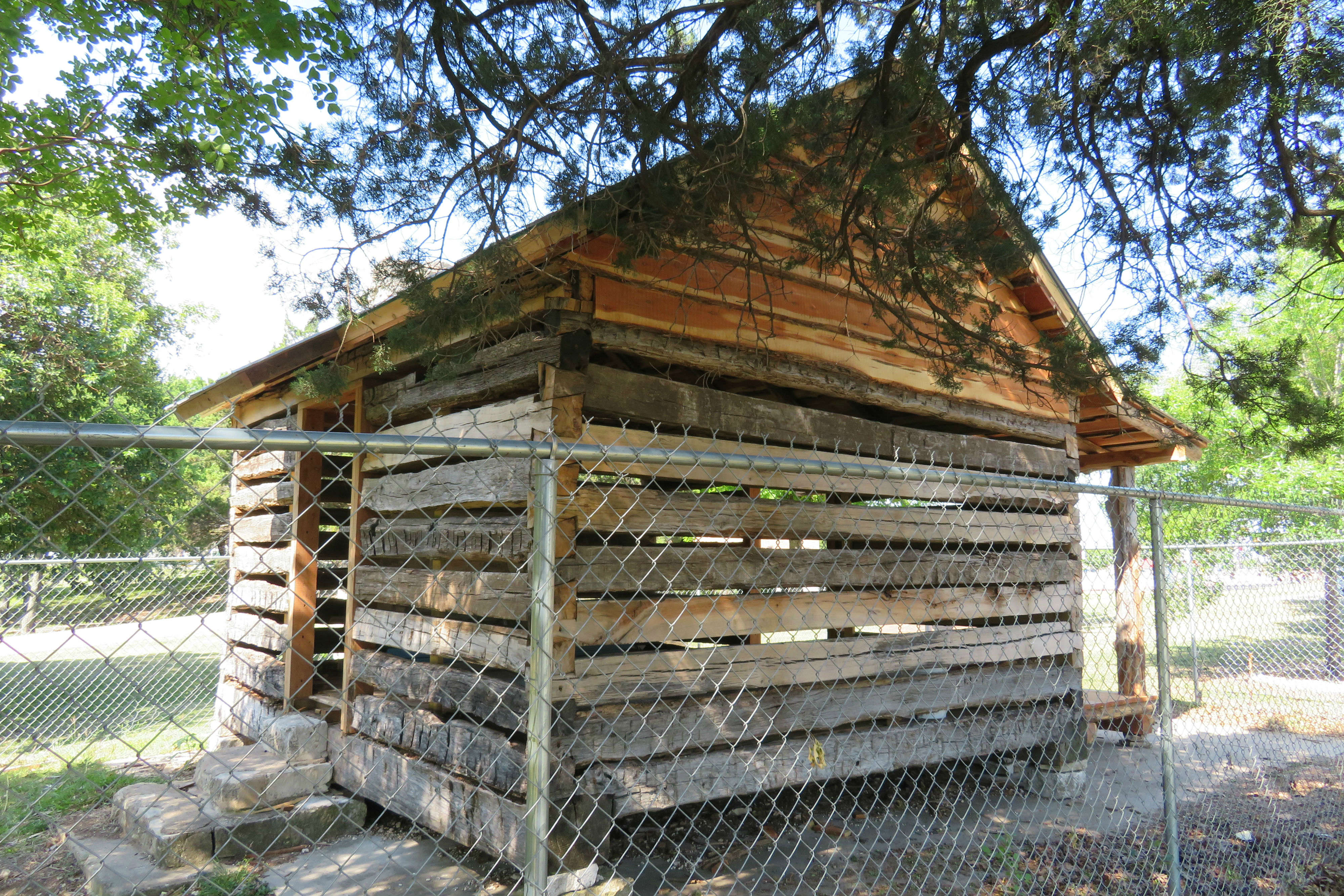 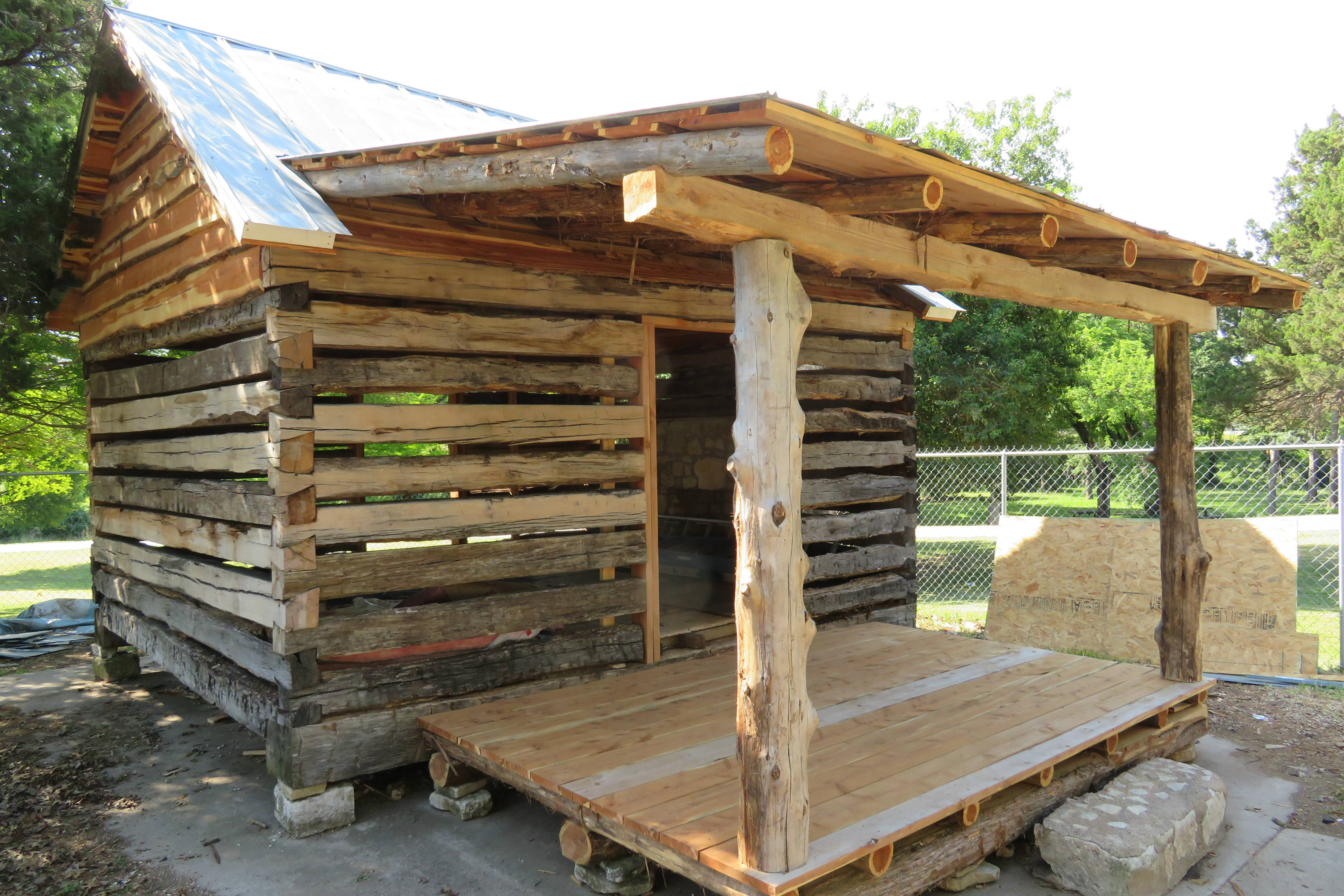 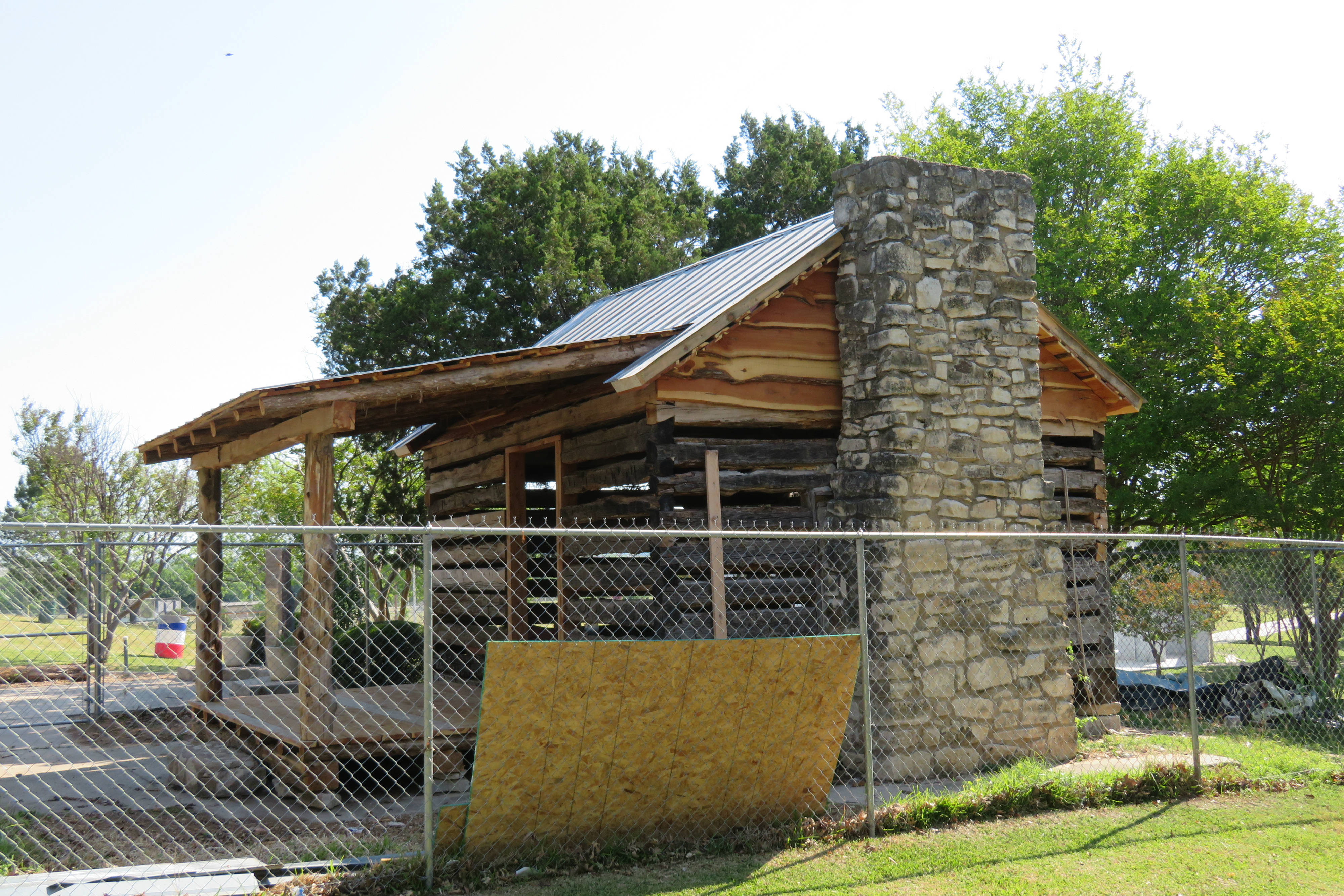 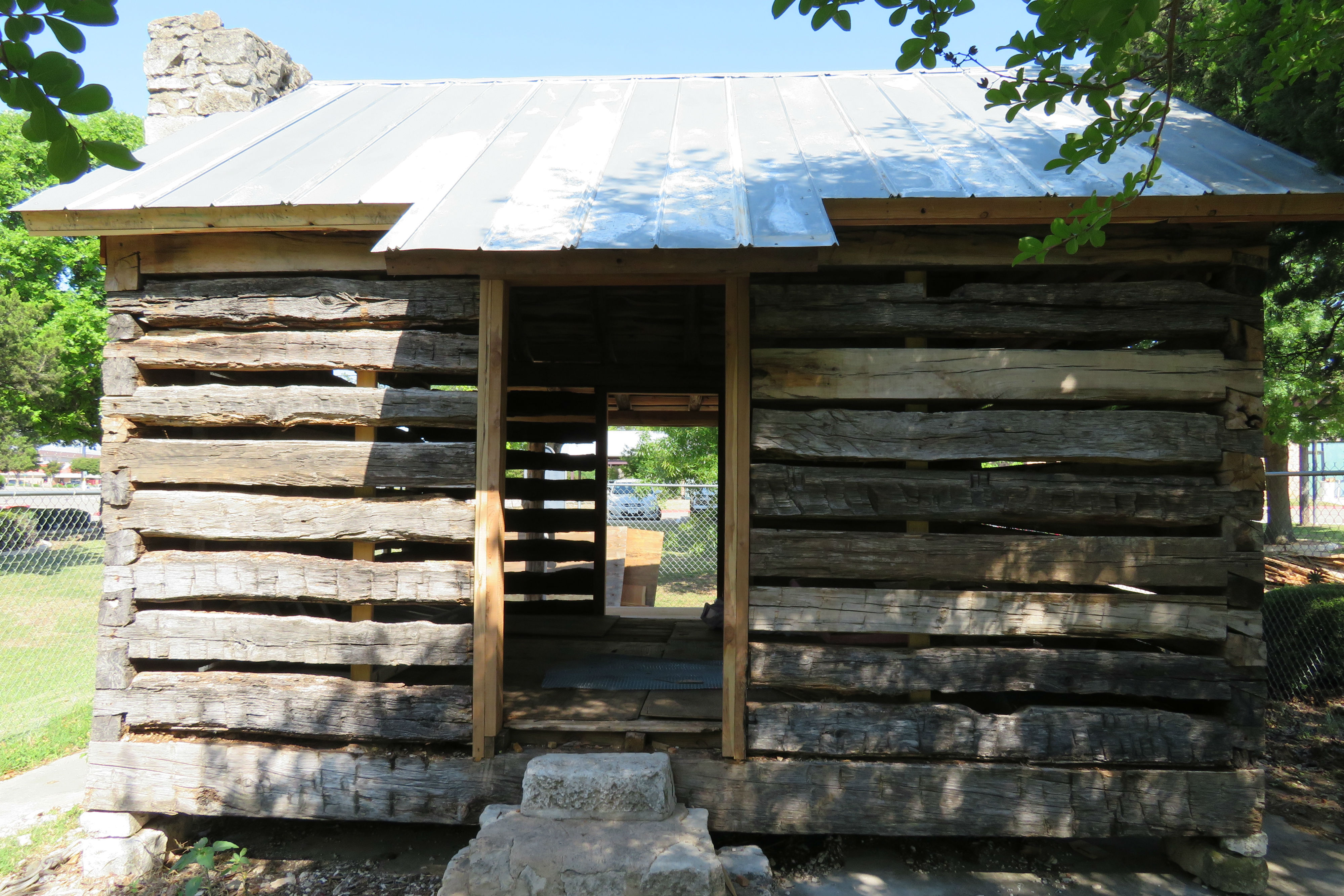 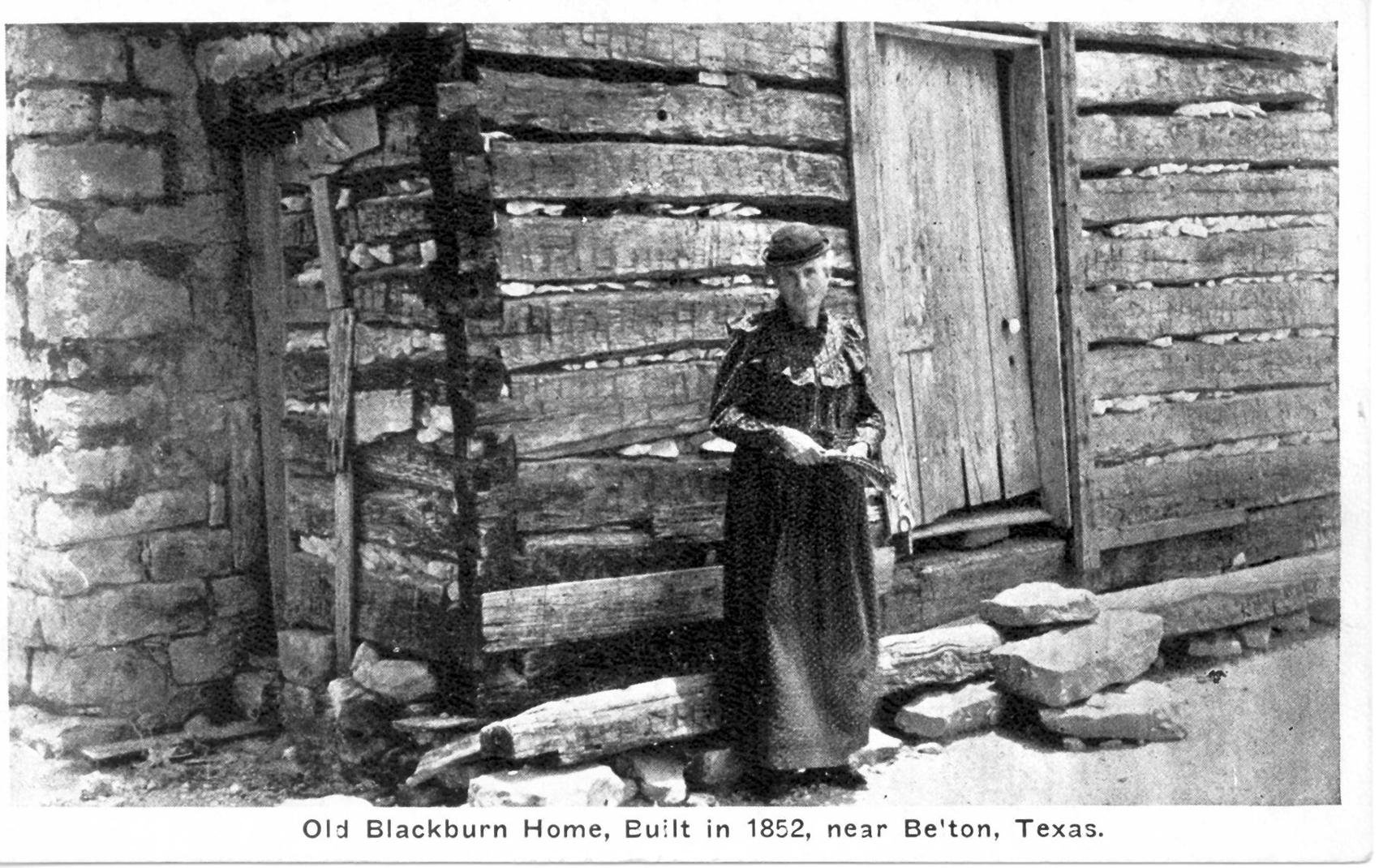 John Churchill Gaines Blackburn was one of the first settlers in the Bell County area along with his wife, Mary Ann Chambers Blackburn. His father, War of 1812 veteran John Porter Blackburn, had acquired property previously and the desire to acquire his own land was the driving force to homesteading in the area. This particular cabin was built almost ten years after John C.G. Blackburn began his 30 acre farm. Blackburn built it in when he enlisted in the Confederate militia of Texas 1863.

The structure’s style was known as the ‘dog run’ style and featured two equal halfs with a breezeway between the two sides. This breezeway was called the 'dog run' since it was a favorite place for the dogs to sleep in the hot summer months. The section of the original cabin that remains is what was left after 90 years of both habitation and abandonment. The cabin contains some of the original logs from the other section that was not preserved.

When the cabin was moved to its present location, it was rebuilt once again with attention to historical detail. After another 40 years in its newest location the structure needed desperately to be rebuilt once again. Thanks to preservationists and local community members, the structure was saved and features a new metal roof and has cedar planking along the gables of both sides as well as the front porch. Work continues on the structure to make sure that it will last for many more generations.

The book on Killeen's history by Annette Lucksinger and Gerald Skidmore includes a photograph of Mary Ann Chambers Blackburn in front of the still existing section at its original location sometime near the turn of the 20th century. It shows an excellent view of the stonework in the chimney and the foundation. Closer examination also shows remnants of the chinking between the logs. The doorway and the steps leading into the cabin show the extremely poor state of preservation that the cabin had at the time.2

Created in 1882 thanks to the arrival of the railroad and named in honor of Frank P. Killeen, a civil engineer who worked for the railroad, Killeen was a center of regional commerce and served nearby farming communities prior to World War II when Fort Hood was created. This walking tour includes some of the historic sites from the 19th century as well as the military history museum at Fort Hood.