The two communities of Beechwood and Claremont became synonymous with one another almost from the beginning of their existence. Beechwood was established in 1887, when a drift mine opened along the gorge. A post office in Beechwood was quickly established and miners, especially African Americans, flocked to the area. Claremont came into existence when a second mine approximately 0.7 mile south began operating under that name in 1889. The two locations had a distance of less than a mile between them. This close proximity, combined with the industrial connection has historically combined the two locations. Beechwood and Claremont are significant for their large and accessible cemeteries and burial sites.

Aerial view of the New River Gorge. Claremont can be seen just around the first bend in the river. 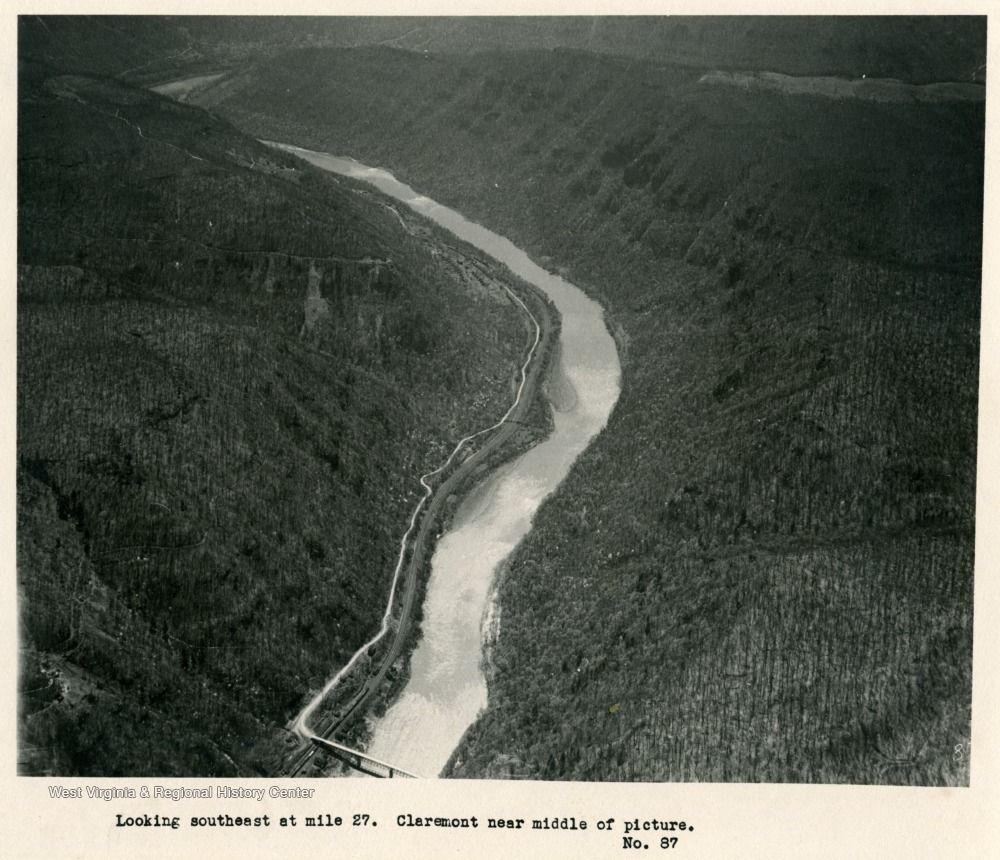 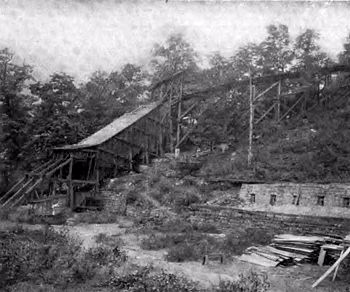 The Beechwood Coal & Coke Company store and offices, though the building was in Claremont, not Beechwood. 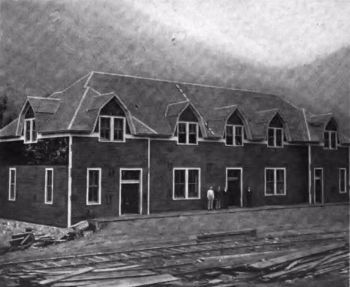 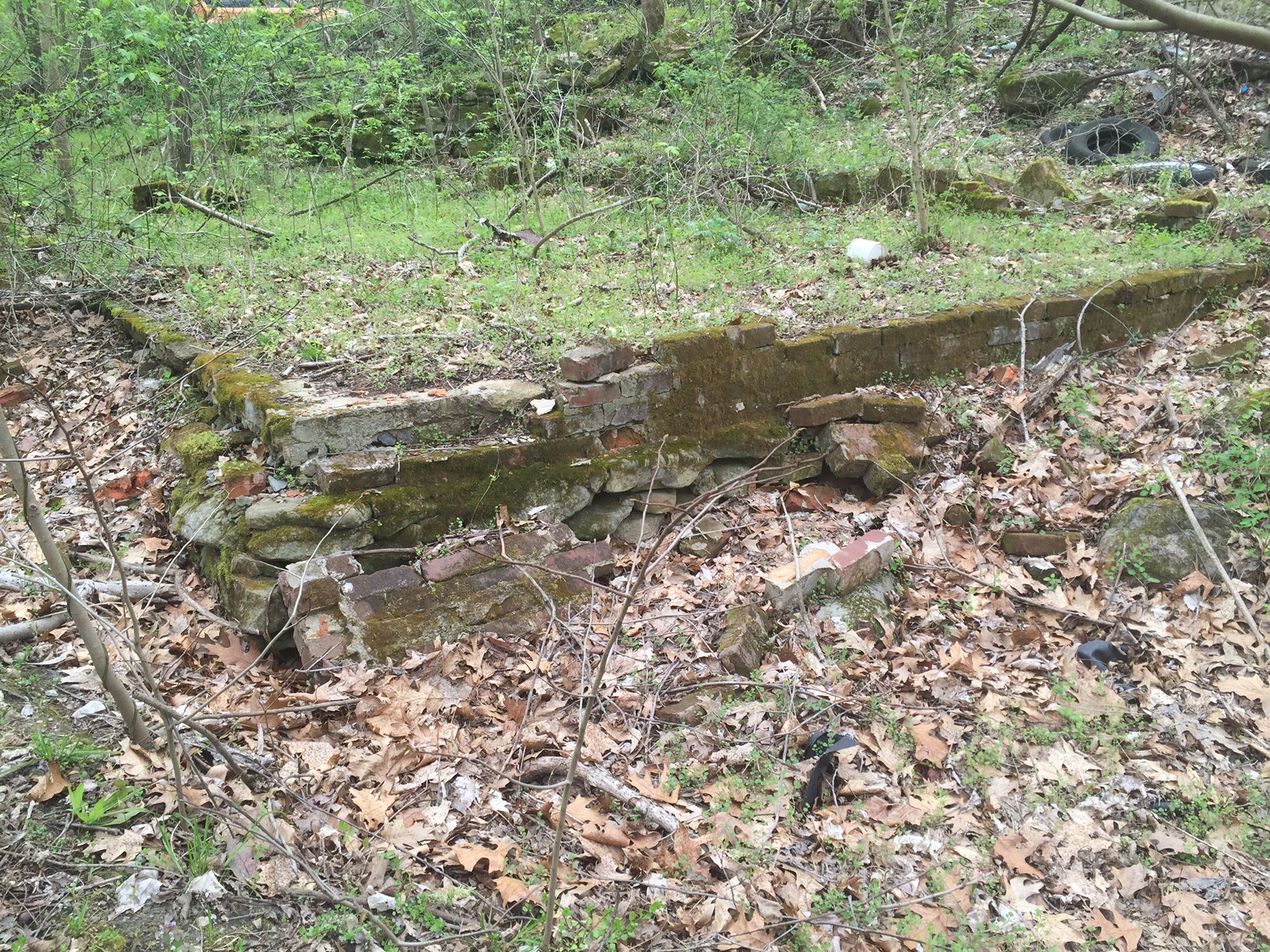 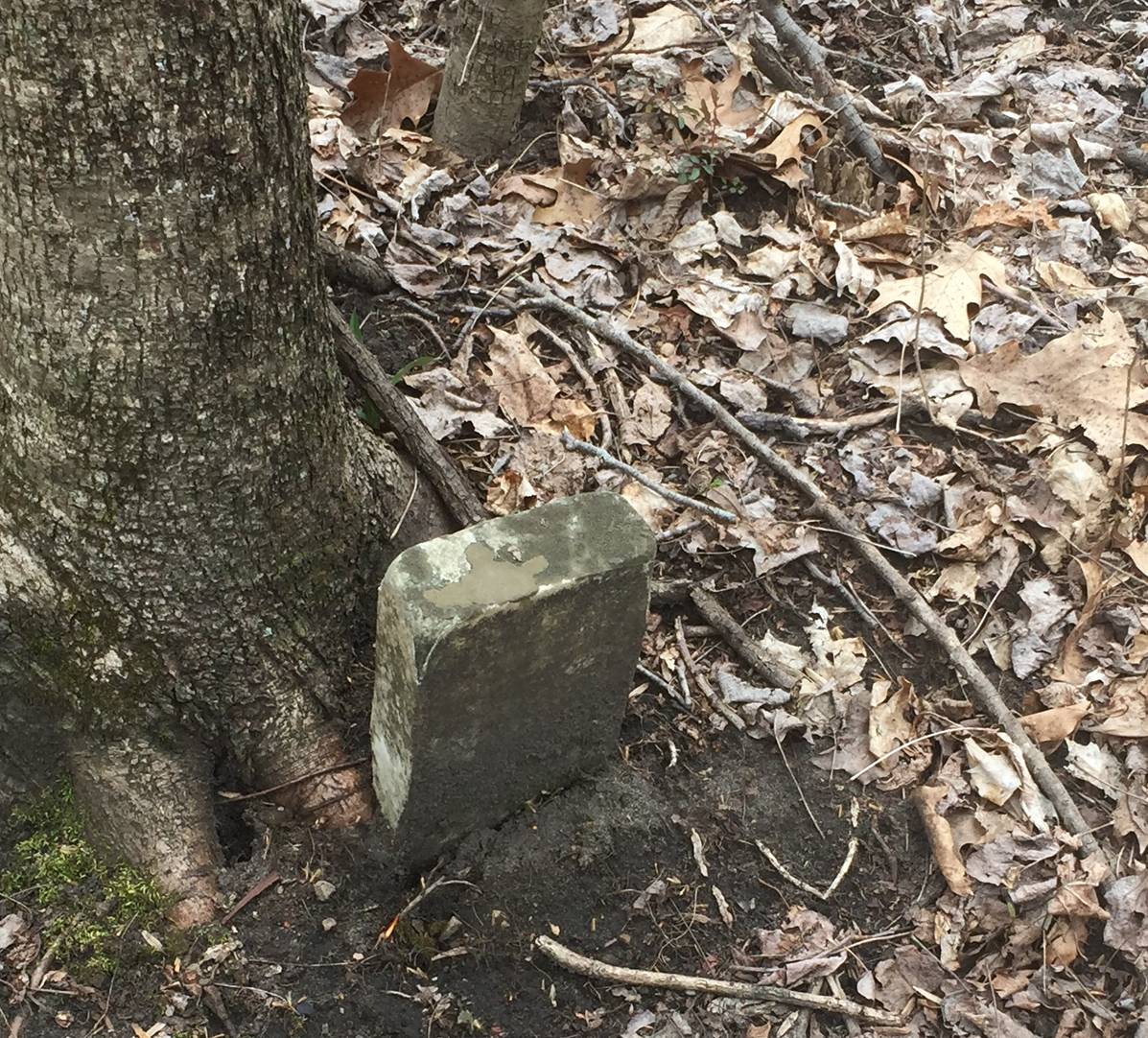 Ruins of the Royal Coal Company. 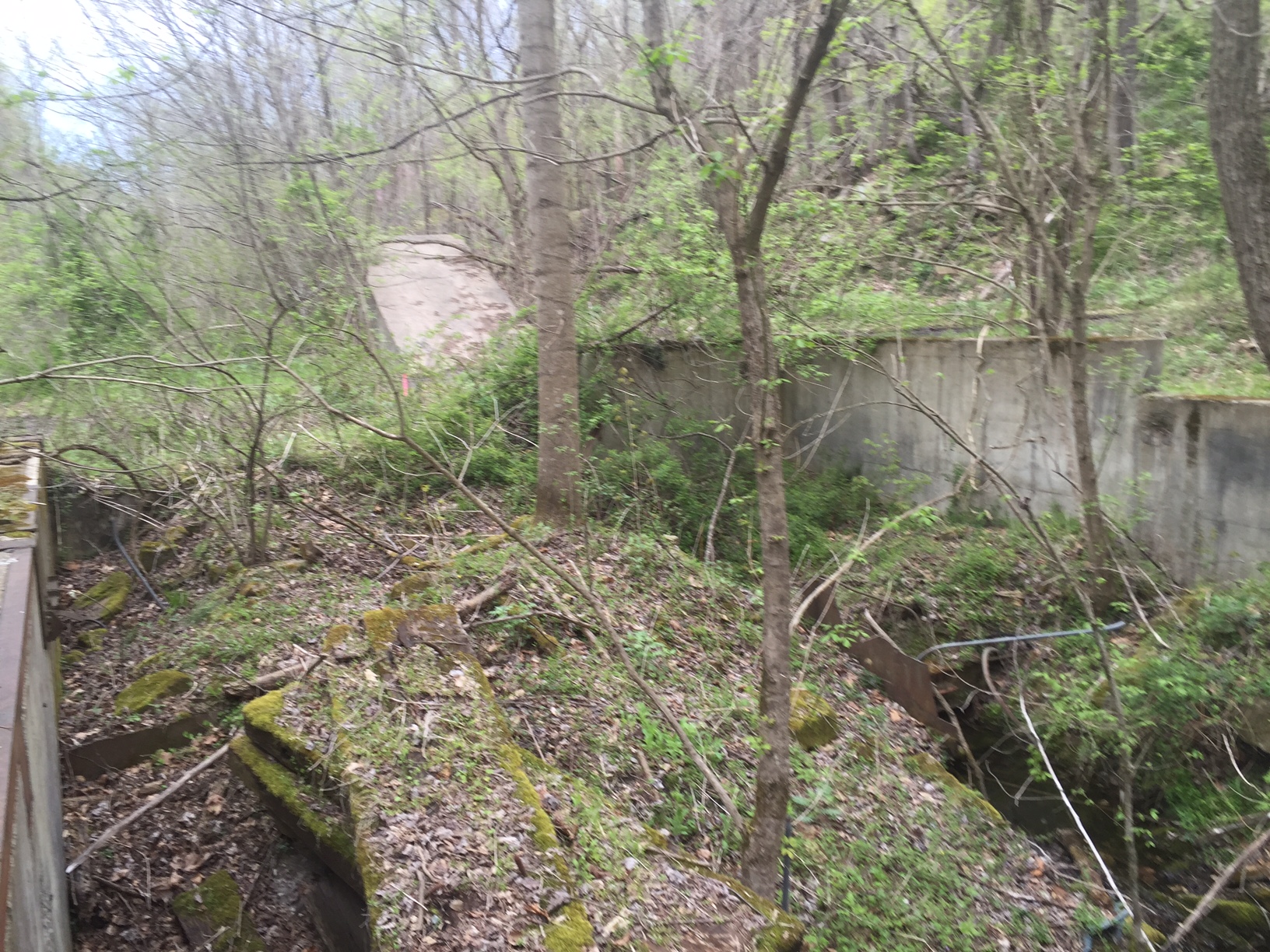 The Beechwood Coal and Coke Company began operating a drift mine to extract coal from the Fire Creek seam in 1887. Operations began under direction of a team of coal operators, led by the legendary New River coal operator Captain Joseph L Beury. Two years later, the company took control of another mine approximately half a mile upriver of the original one. The new mine was originally known as Central Mine but became the Claremont Mine following Beury’s acquisition. It is unknown what prompted the name change of the mine. Joseph Beury, son of the Cap. Beury, served as mine superintendent until 1917. The post office that had been operating under the name Beechwood since 1887 was renamed Claremont in 1897.

Beechwood was located approximately three miles upriver of Thurmond along the Chesapeake & Ohio Railroad main line. Further upriver was the community of Claremont. It was the community for the miners working in the mine at Beechwood as well as the drift mine that gave the community its name. Today, there is little left to indicate there was once a thriving industry and community located here. The USGS 1913 map shows three or four structures below the mine at Beechwood. There is a stone foundation between the road and the railroad tracks at this location. It looks like the remnants of a house or a similar structure. There are remains of smaller structures scattered around the location of the foundation.

Like so many other mine towns along the New River, Claremont was built on the flat area along the River and the Chesapeake and Ohio Railroad. The mines were entered above the town in the gorge wall. In addition to the structures usually found within any coal town such as houses, a company store, and a train depot, Claremont was the site of an area school for the children of African-American miners. Children from communities downriver were forced to walk to Claremont for an opportunity to gain an education. It is no wonder Claremont was selected as the location for the segregated school; according to available census records (1900-1920) the town averaged over 40% African-Americans, with a high of 54.0% in 1910.

Today, the area that was Claremont is devoid of any ruins. In the area of the town site stands an Appalachian Electric Power substation. The USGS 1913 map indicates multiple structures along a siding for the C&O Railroad. This siding was cut into the hillside between the road and the gorge wall and a portion can still be seen thanks to the power substation. At their peak population the two towns boasted a combined population of six hundred residents. Unfortunately, as with so many of the coal mines along the New River, the mines became unprofitable in the early twentieth century and by 1942, the mines and post office shut down permanently. The populations of Claremont and Beechwood left when the mine played out. The town did not offer people an incentive to stay. It was not a town like Thayer with an attraction like a huge theater. Nor was it a hub for the railroad like Thurmond or Quinnimont.

One thing that distinguishes these sites from the others along the gorge are the graves. Coal mining has always been a dangerous profession. The mine report ending June 30, 1891 recorded four deaths in Fayette County attributed to the mines. One of these was young Berry Tucker fourteen years old. Employed as a trapper boy, someone that operated the trap doors allowing coal cars to pass. Overworked, the youth fell asleep on the tracks and was “mashed” as the mine inspectors report coldly recorded. Even though, like so many of the coal communities along the New River, Claremont and Beechwood did not survive long, the one enduring mark left was the graves. Surely, every community along the gorge had a place to bury their dead, but the sites for Claremont and Beechwood remain. They can be found along the main road or scattered along the railroad. Some of these graves are maintained, marked by wonderful monuments, and decorated by family members. Other graves are overgrown and all but hidden by Mother Nature. The one thing all have in common is they are not marked on any maps.

Just past the site of Claremont along McKendree Road stands the remains of the Royal Coal Company. On the gorge side of the road are two large concrete silos. These silos are somewhat out of place as they are superior to any other structure within miles. On the other side of the road, between the road and the railroad tracks, stands remains of four concrete buildings and what appear to be reclaimed mine portals. The structures along the railroad side of the road look to possibly be the remains of a system for loading coal into train cars. The area of Beechwood was located slightly less than three miles and the community of Claremont was another three quarters of a mile beyond that upriver from Thurmond on McKendree Road (County Route 25), an improved dirt and gravel road. This road connects Thurmond to Prince fourteen miles downriver. In reality, this road becomes almost impassable just past Thayer, another four miles upriver. Even daily travel along this stretch of McKendree Road would require a four-wheel drive vehicle. Travel along McKendree Road should be done only under the best of weather conditions.

Spruce, M. F. Seventh Annual Report of the State Inspector of Mines to the Governor of the State of West Virginia for the Year 1890. Wheeling: 1891.