The First Baptist Church of Ceredo is one of the largest churches in Wayne County. The congregation was officially established in 1887 and was the third permanent church in Ceredo. For nearly twenty years the church operated in rented spaces around town before building its own sanctuary near Ceredo Elementary School in 1906. The present church building was constructed on the same spot in 1987. First Baptist Ceredo remains active in the community and pursues a number of outreach and charitable programs for children, seniors, drug addicts, and missionaries.

The current church sanctuary was constructed in 1987 during the 100th anniversary of the founding of First Baptist Ceredo. 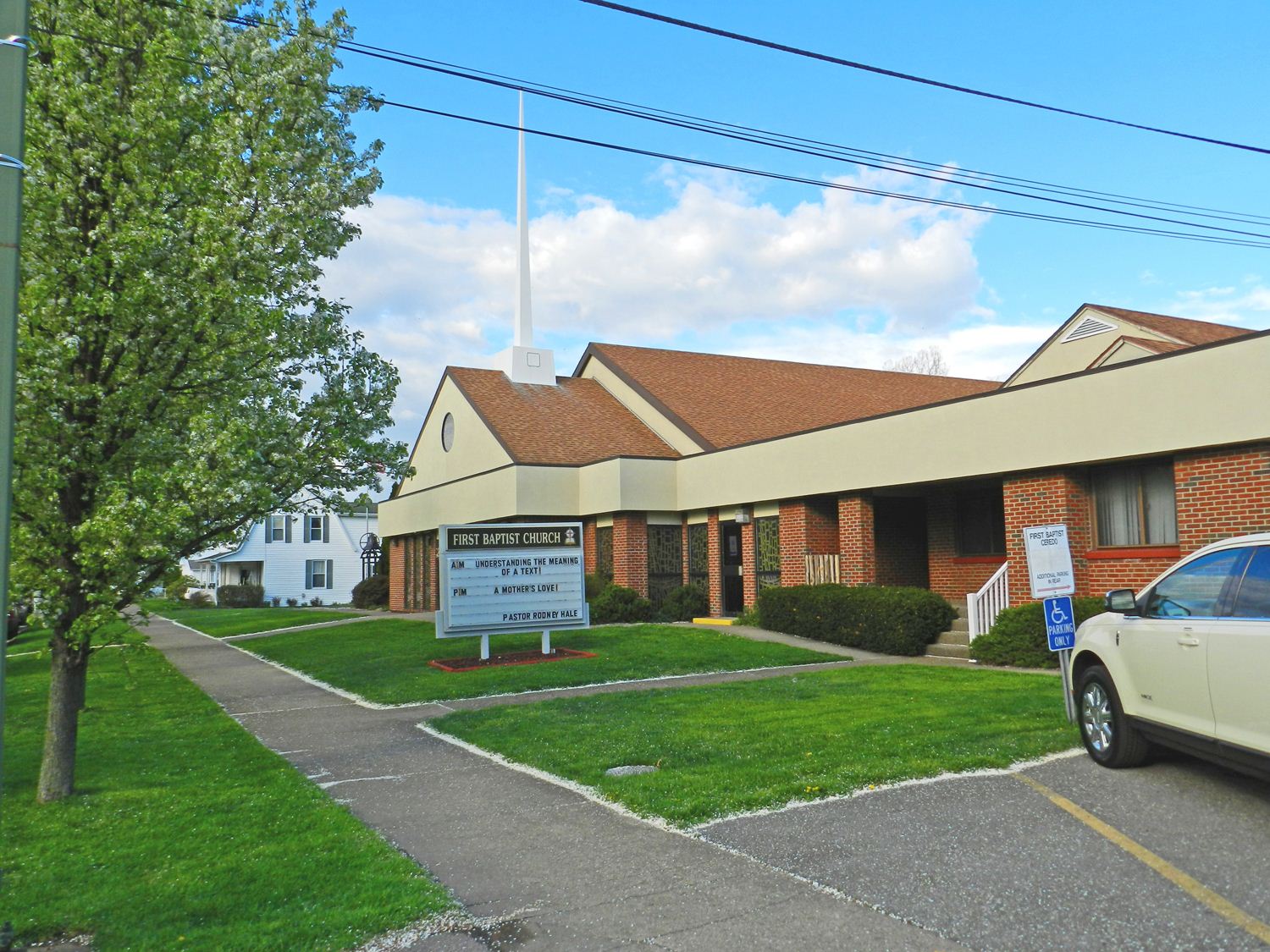 The first church sanctuary was constructed in 1906 on a lot purchased from the Hoard family. Rev. E. T. Billups was said to have done much of the carpentry himself. 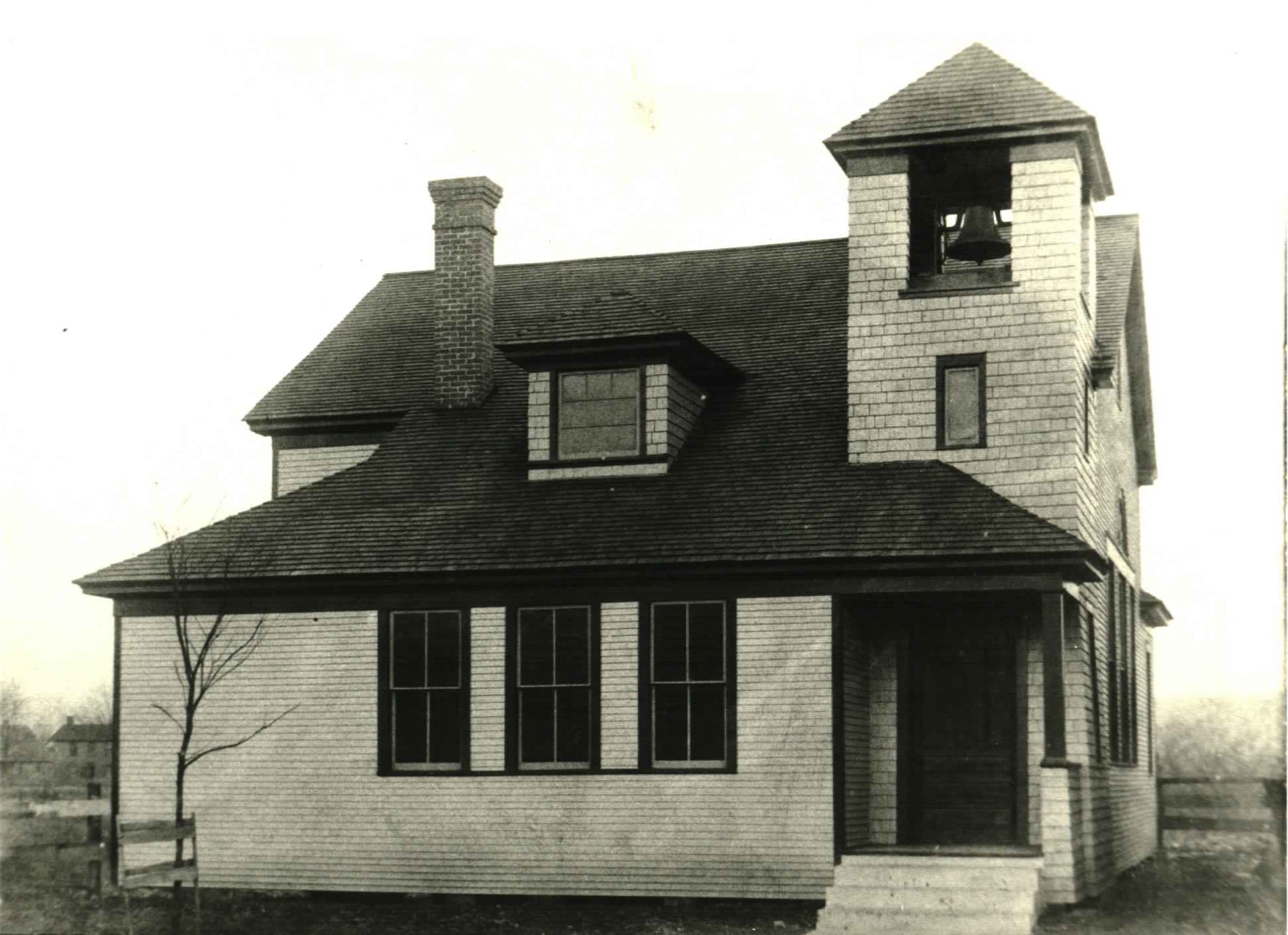 Congregation in the summer of 1924, on Main Street opposite of the church. 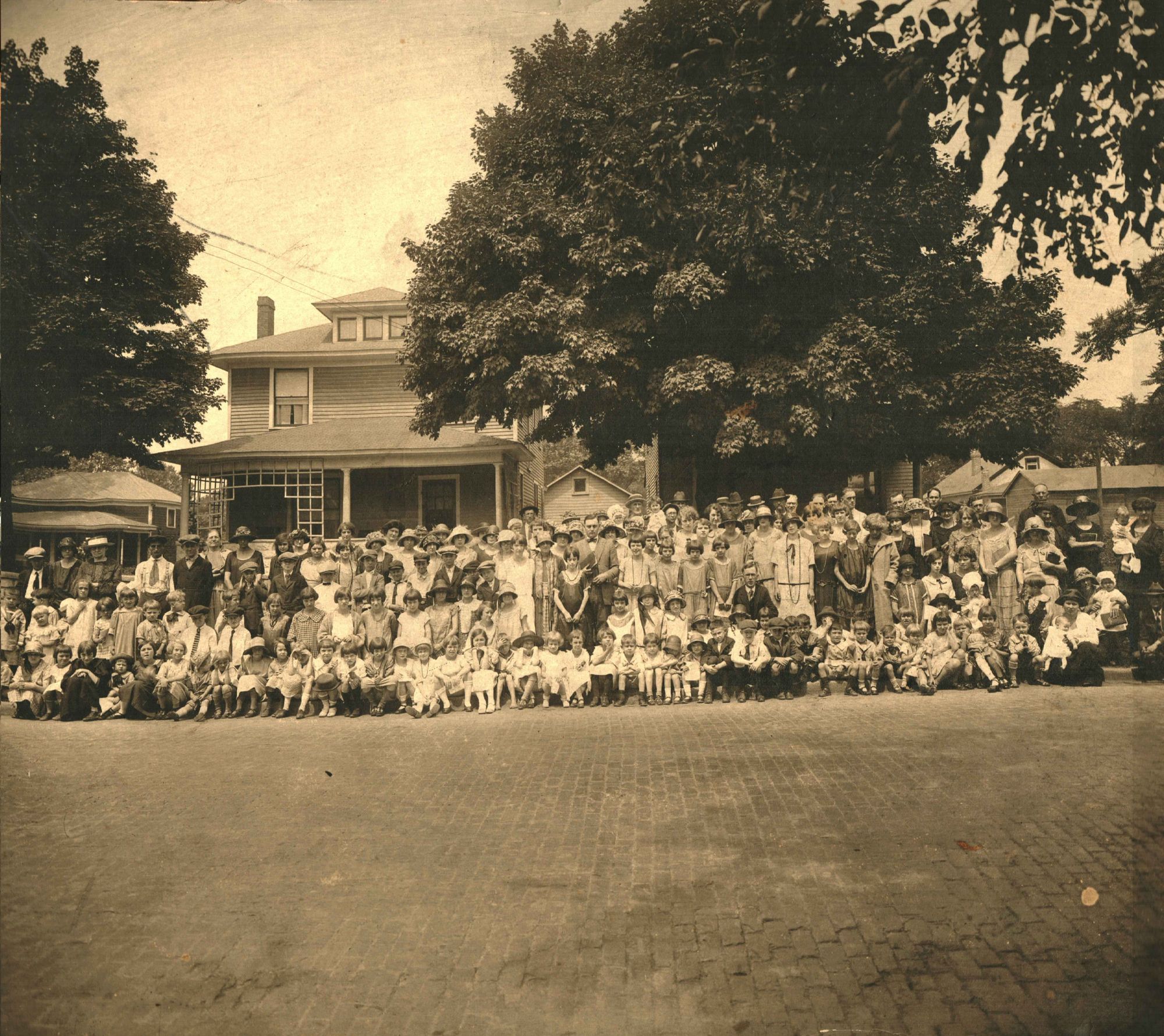 The building was expanded in 1923, including the addition of a new front. This sanctuary would remain in use for eight decades. 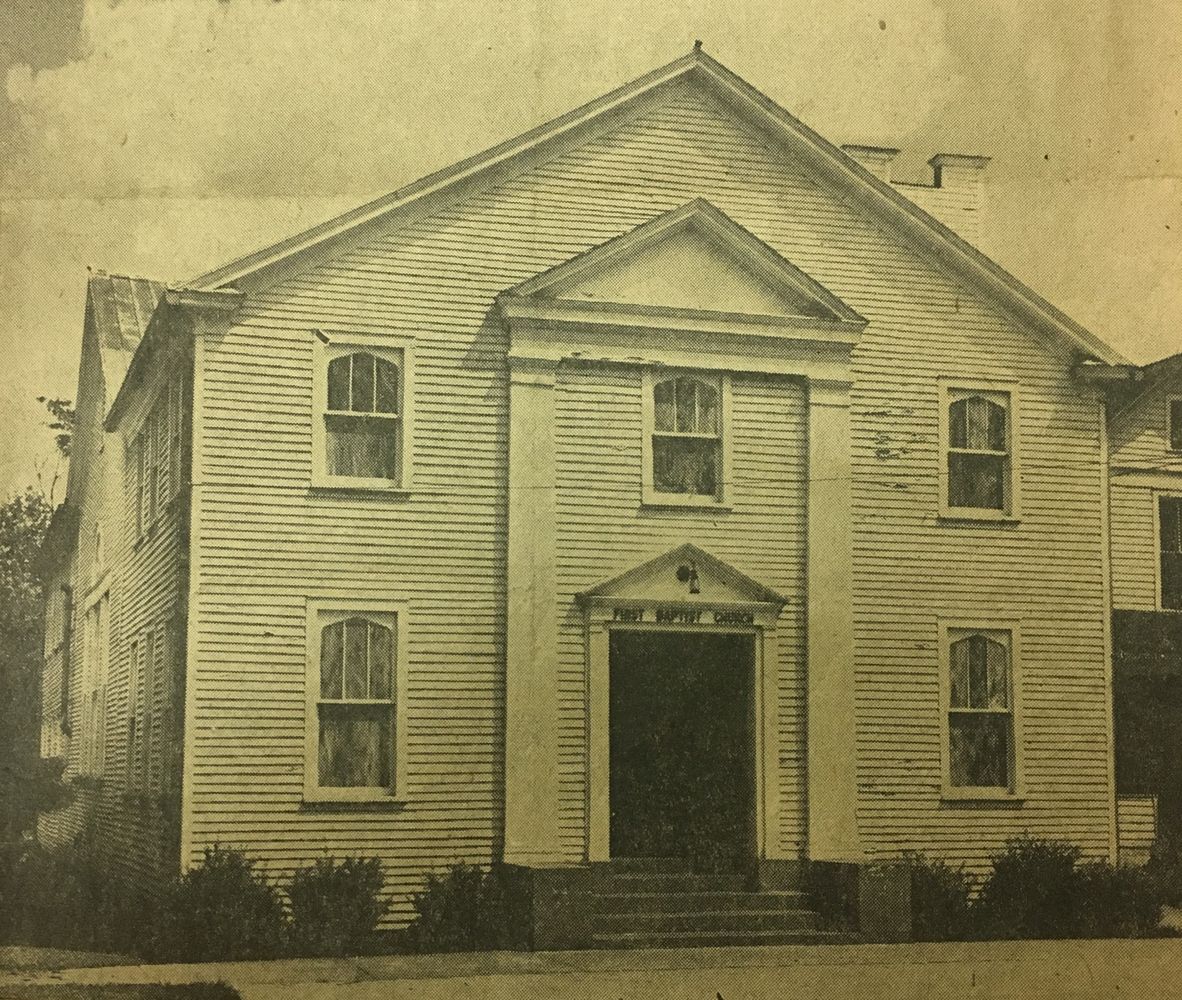 The original building in the 1980s, shortly before its demolition and replacement in 1987. 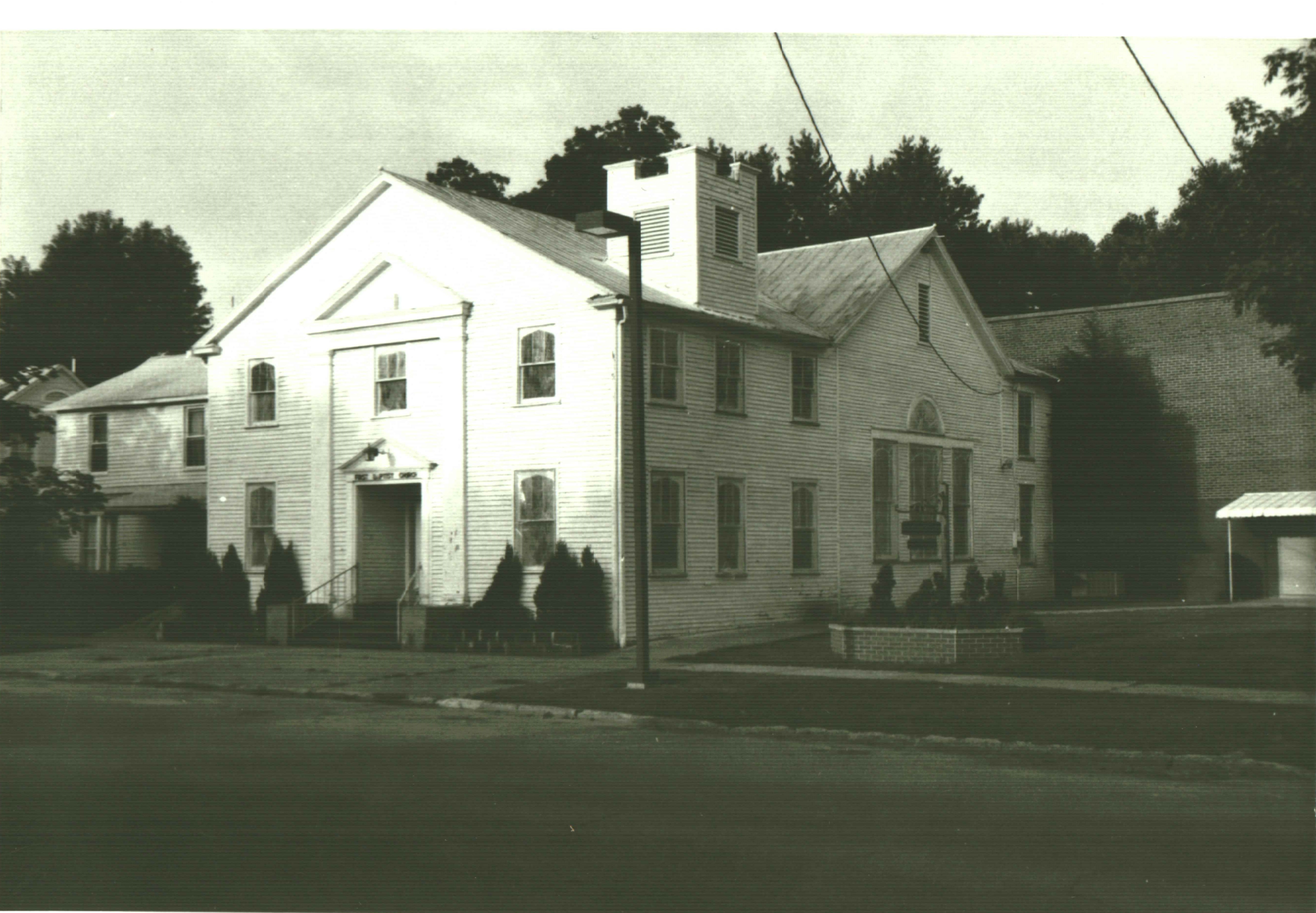 The First Baptist Church of Ceredo was officially organized on January 28, 1887 with the merging of three separate Baptist missions in the Brownstown, Segur Hill, and Millender Block neighborhoods. It was the third church established in Ceredo, following the Methodist Church in 1866 and the Congregational Church in 1874. There were 41 original members, 18 men and 23 women. Sources differ as to who was the first pastor; some say Burwell S. Akers, while others say R. R. Sadler. The church struggled in its initial years; while growth was steady, the turnover rate for pastors was high. It also lacked its own sanctuary. Services were first held in the Methodist church; then the parsonages of the Congregational church; then a series of buildings were rented for a number of years.

In 1905 Elliott Thornton Billups was chosen to be the next pastor, and he soon pushed for the church to acquire its own sanctuary. The following year a lot on Main Street next to the elementary school was purchased from the Hoard family for $300. A modest wooden church building was constructed there at a cost of around $3,200. Rev. Billups himself was said to have done much of the construction work. The building was remodeled and expanded twice in 1923 and 1942. Further expansion in the 1950s-1970s included the creation of offices, an educational building, and the acquisition of adjacent property. In 1967 First Baptist Ceredo became a member of the Southern Baptist Convention.

First Baptist Ceredo experienced tremendous growth during the latter half of the twentieth century. During a five-year span in the early 1980s membership increased by 400; 100 people alone were baptized in 1983. As the 100th anniversary of the church’s founding approached, it was decided to demolish the original building and erect a modern one. Designed by E. T. Boggess, the new worship center complex was completed in 1987 and cost around one million dollars. The new sanctuary contained seating for 700 people, a choir loft for 48, and modern sound and lighting equipment. The complex also included a large fellowship hall with a kitchen, an office suite, and the church’s first paved parking lot. The new building was dedicated on June 21, 1987, capping a month-long celebration of First Baptist Ceredo’s 100th Anniversary.

Taylor, Ellendar and Nellie Minotti. “A History of the First Baptist Church of Ceredo, West Virginia.”

Sunday morning services at 10:45 am