This last bedroom likely belonged to the youngest Calhoun son, William Lowndes Calhoun (1829-1858). William was a graduate of South Carolina College, and he married Kate Putnam, the widow of his older brother, Dr. John C. Calhoun Jr. The chest, the poplar table, and the pair of glass vases in this room belonged to the Calhouns. The small, red Windsor-style side chair belonged to the Clemsons, as did the three small paintings in this room. 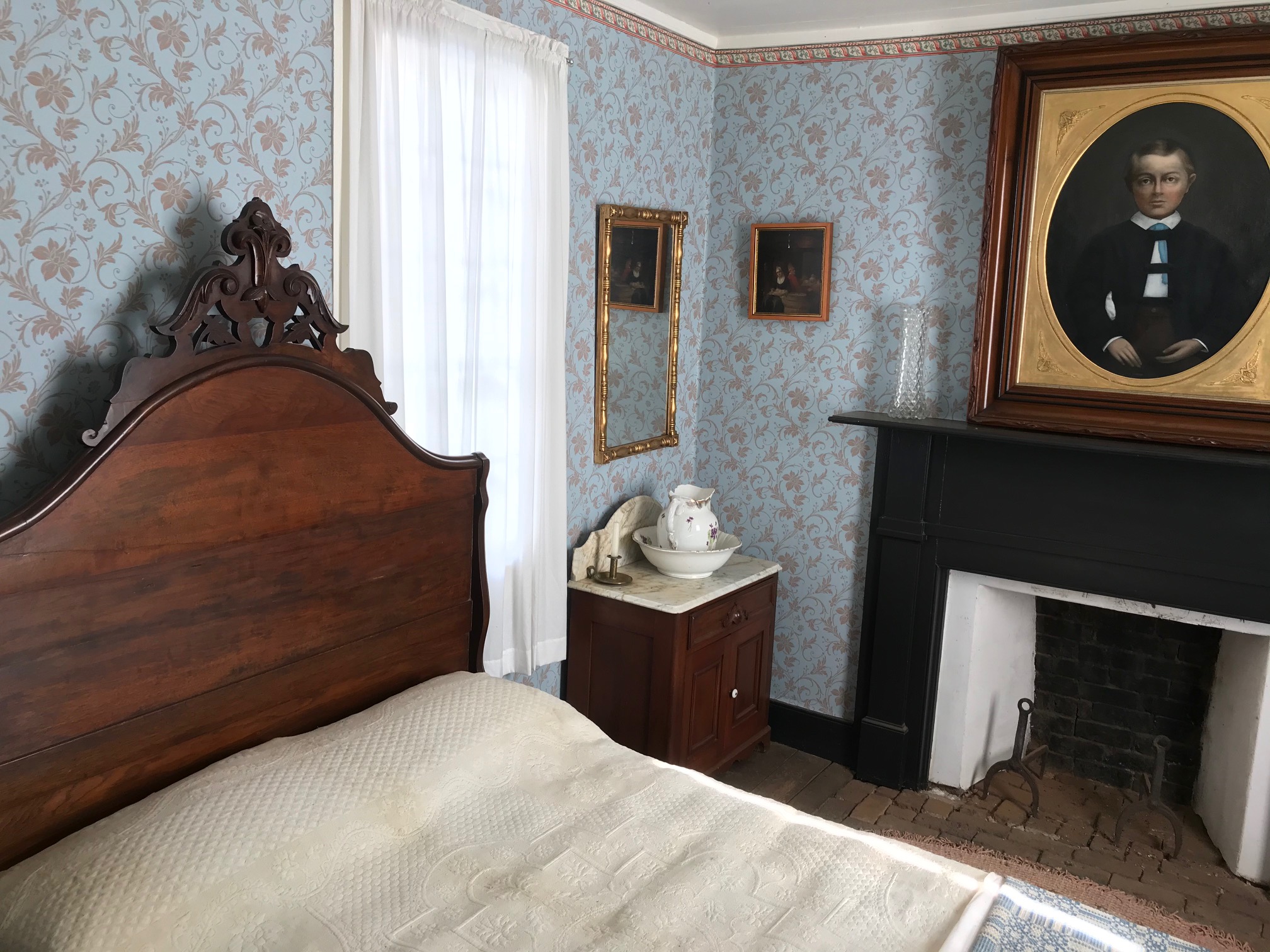 Painting donated by the Littlejohn Family 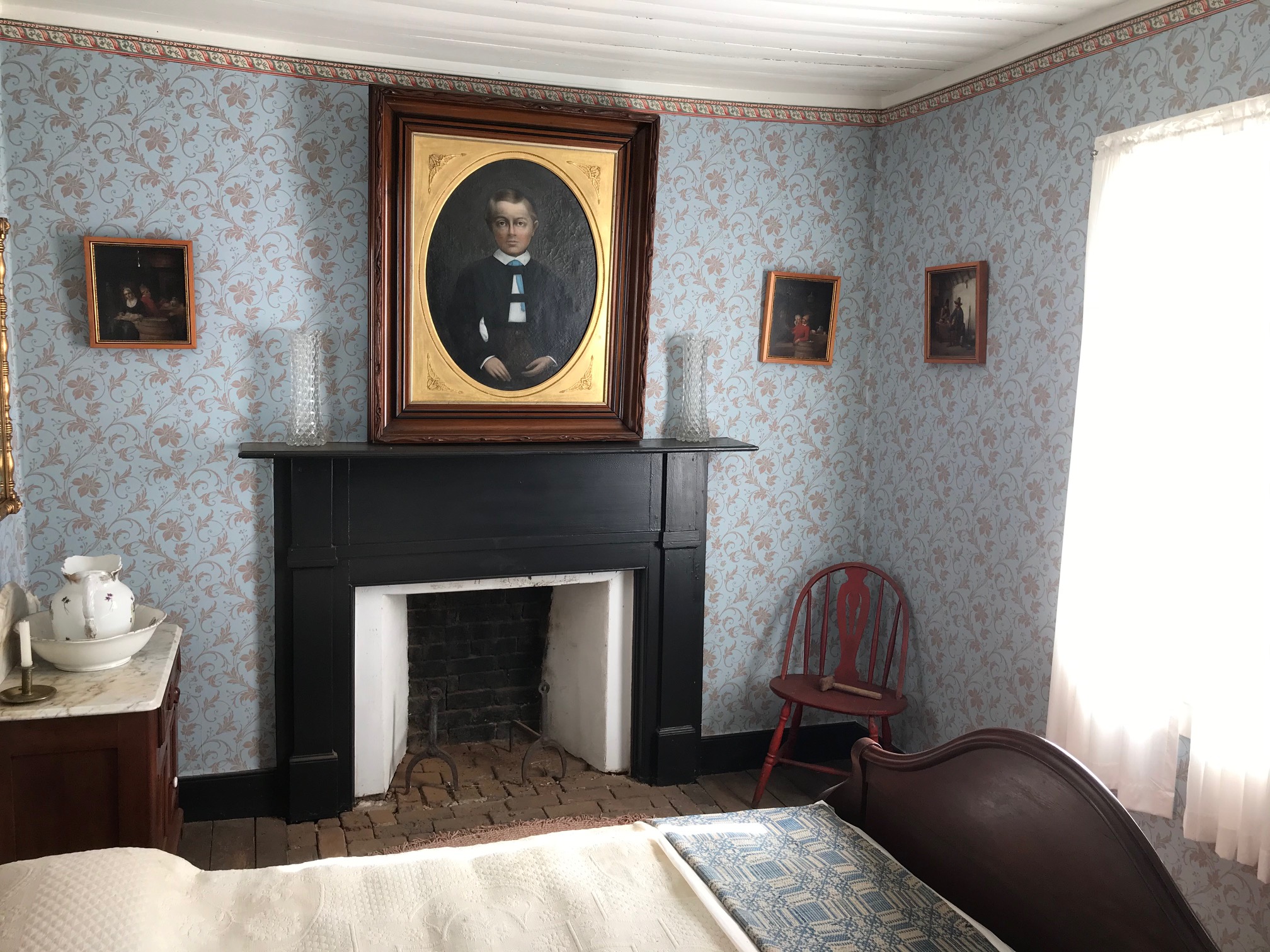 The enslaved persons at Fort Hill were occasionally documented as parts of family units. One such family that was frequently mentioned in the personal correspondence of the Calhouns centered around a man named Sawney. Sawney's father, Adam, was the first enslaved person to be purchased by Patrick Calhoun, John C. Calhoun's father. It is unknown, because it was undocumented, who Sawney's mother was. Adam's fate is unknown, but Sawney would go on to be enslaved at Fort Hill until emancipation.

Sawney married Matilda, called Tiller, who was also enslaved at Fort Hill. After John C. Calhoun's death, Sawney and Tiller were inherited by Floride Calhoun, and she sold Sawney and Tiller to A.P. Calhoun, in 1854. During his life, and in his personal correspondence, John C.Calhoun expressed a preference for Sawney. This preference allowed him the ability to cultivate a small portion of land for himself, producing cotton that he could sell and keep the profits from. It is likely that Sawney was a leader among the enslaved community at Fort Hill.

Sawney and Tiller had at least two children: Sawney, Jr. and Issey. Sawney's children were sent from Fort Hill to A.P. Calhoun's plantation in Alabama; it is unknown if they ever returned. In 1842, Sawney Jr. ran from Fort Hill and was captured and imprisoned in Georgia. As punishment, Calhoun had Sawney, Jr. sent to Marengo County, Alabama. Around April 1st, 1843, Issey, who worked as the personal domestic worker to Cornelia Calhoun, was warming William Lowndes Calhoun's bed when the sheets caught fire. It is unknown whether the fire set in this room was intentional or not, but Floride Calhoun blamed Sawney Sr. for Issey's attempted arson. Issey was sent to Alabama, and it is unclear if she ever returned to Fort Hill.