This is the location of Ida Wells' newspaper The Memphis Free Speech. On March 9, Wells wrote an article that challenged the interpretation of a recent lynching. Although white residents accused Black men of a heinous attack on three white women, Wells believed that the charges were not only false, but fabricated in order to intimidate Black men. Her article documented how many Black men were accused of crimes with little more than circumstantial evidence. She also had the courage to document how white mobs often took the law into their own hands rather than allowing the accused to have their day in court. Wels' article so upset many in Memphis that her was destroyed and she was forced to flee Memphis for her life. However, the experience also inspired Wells to devote much of her life to publicizing the crime of lynching. Wells also fought for voting rights and equality in public accommodations and was one of the founding members of the NAACP.

This historical marker is near the location of Wells' office that was destroyed by a mob in 1892. 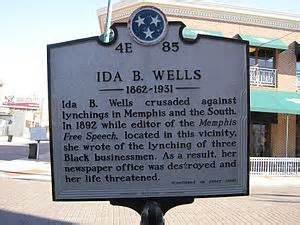 Ida: A Sword Among Lions: Ida B. Wells and the Campaign Against Lynching by Paula J. Giddings-click the link below for more information about this book 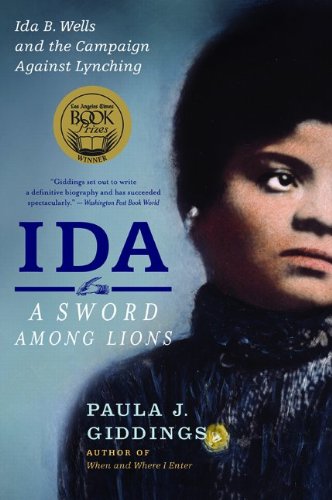