Designed and constructed around the same time as his Marina City complex, one of Bertrand Goldberg’s lesser-known buildings offers prime real estate in the middle of the Gold Coast neighborhood. Bertrand considered Astor Tower as a prototype for Marina City, as he would use the same internal concrete core structure method for both buildings. Astor Tower became a 25-story high-end hotel situated on five-story stilts to offer views of the exposed concrete core. The building served as a hotel until its conversion into apartments in 1979. Astor Tower is most famously remembered as the site where Beatlemania officially ended on August 11, 1966. 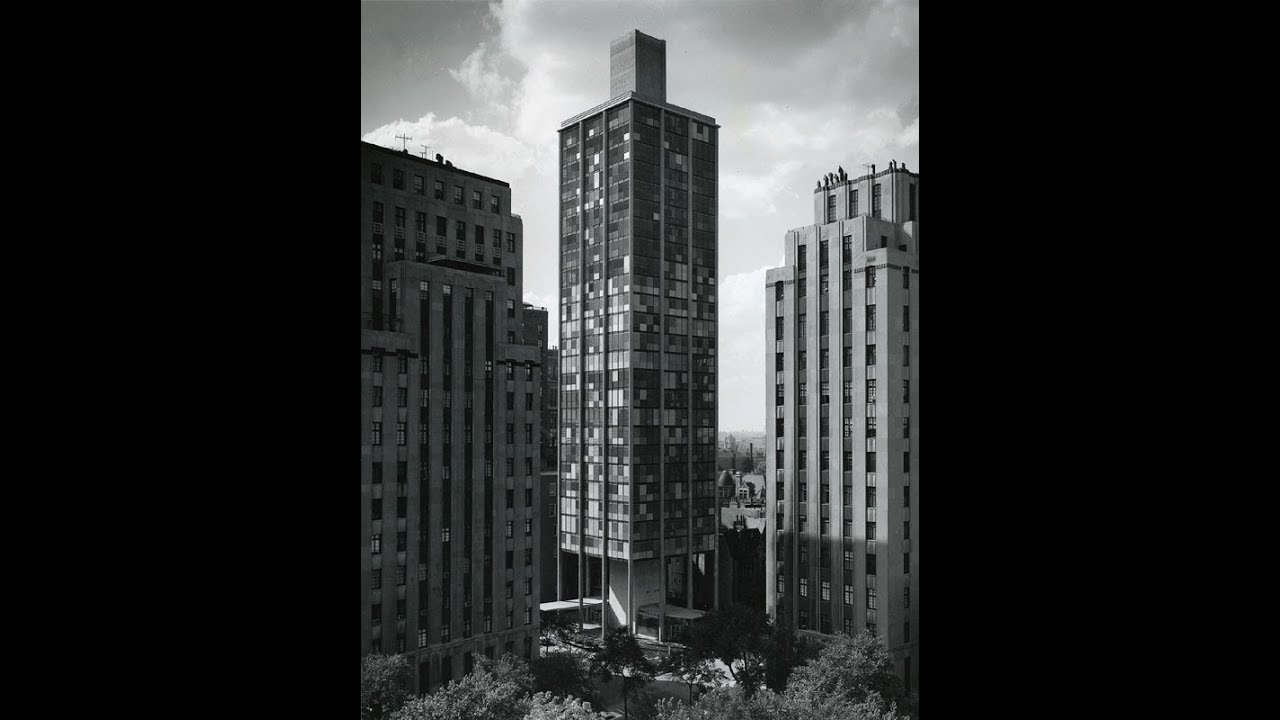 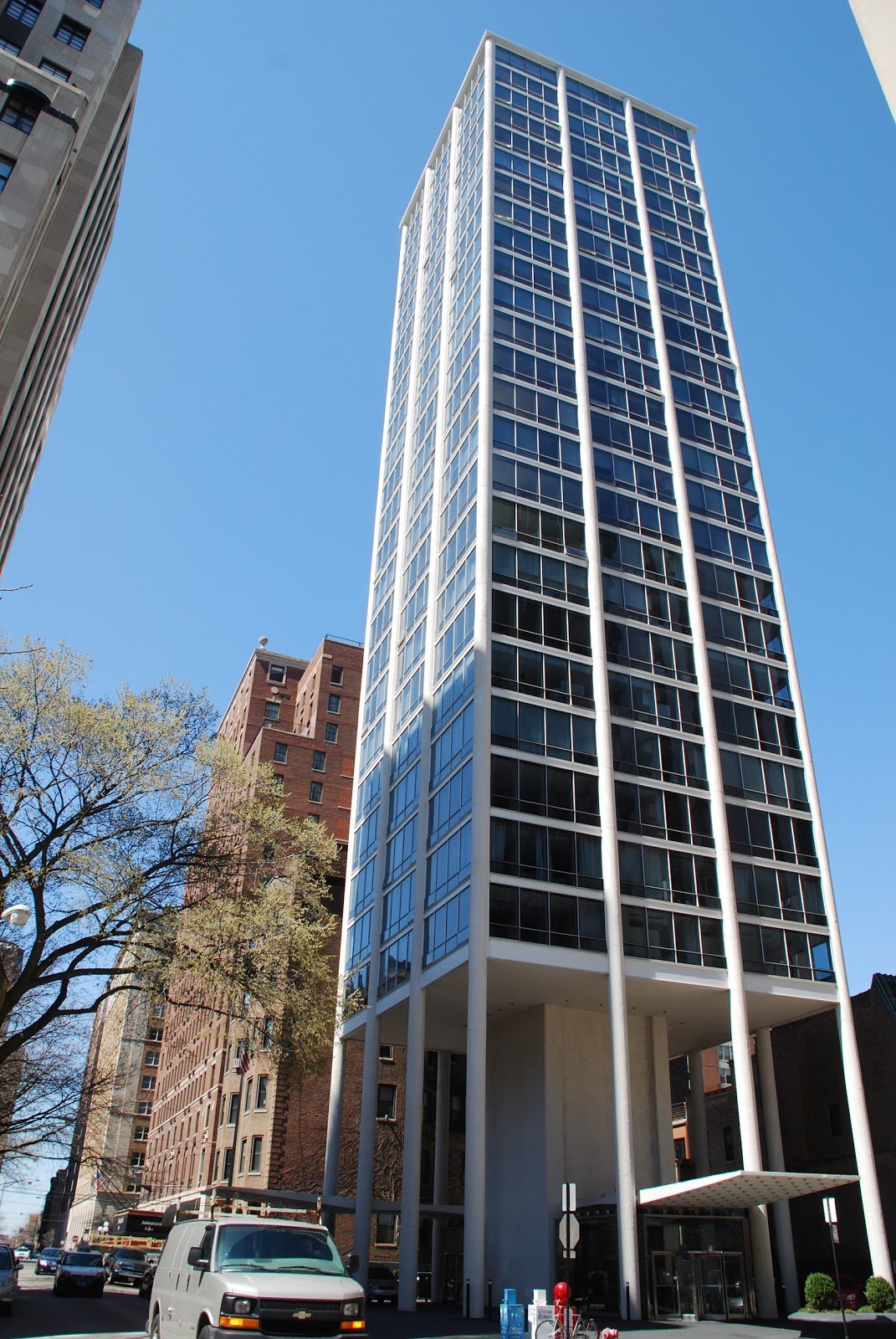 Interior of the former Maxim's restaurant in Astor Tower Hotel 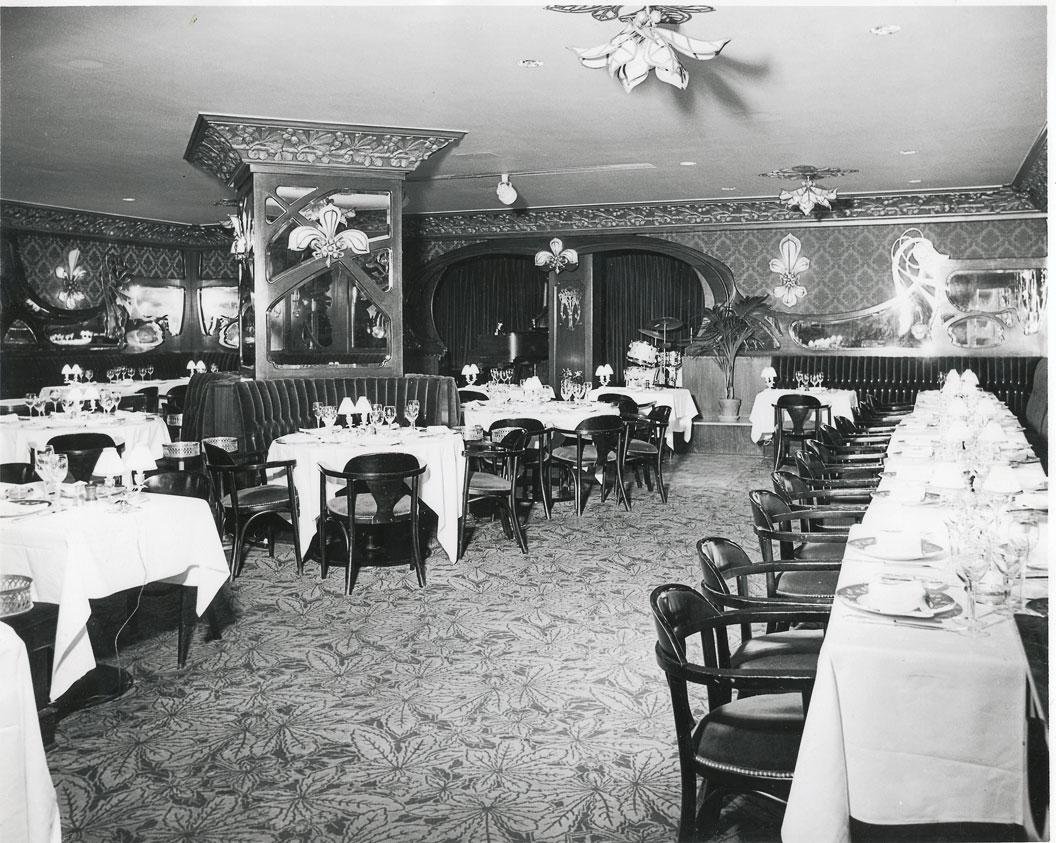 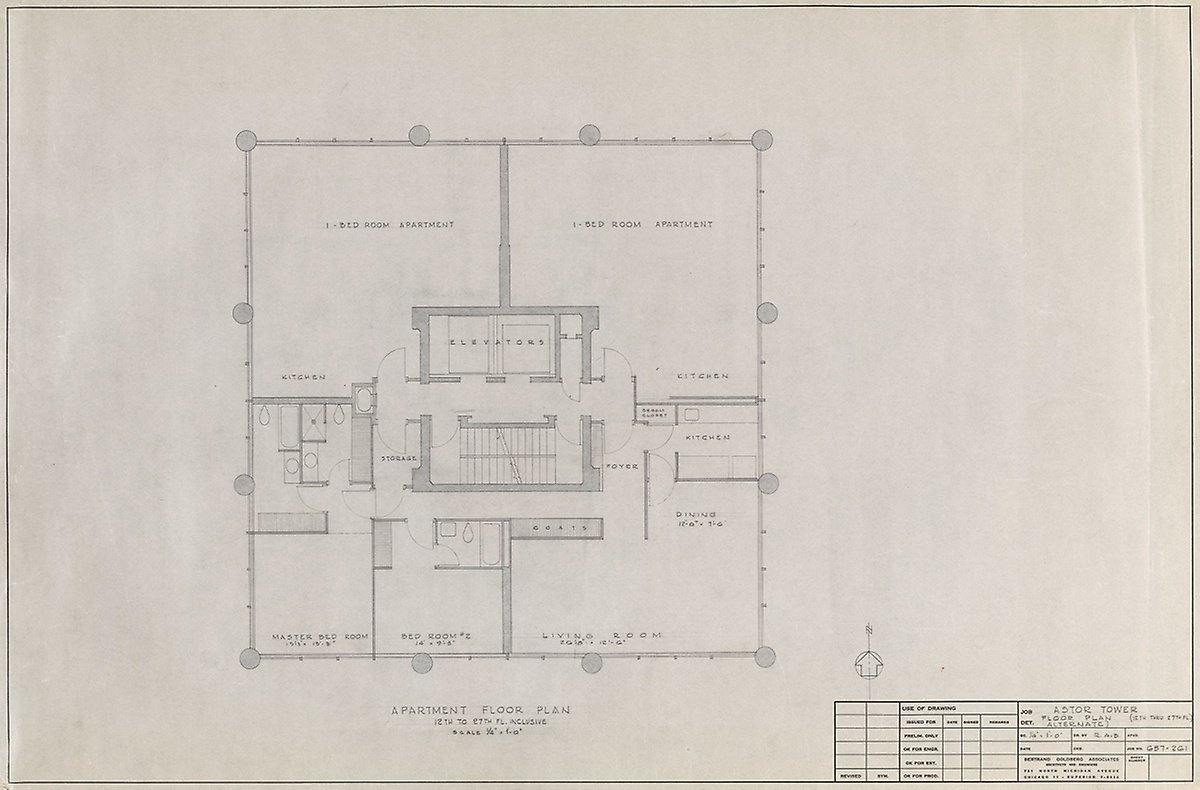 It was during the late 1950s that Bertrand Goldberg finally established himself as one of the elite Chicago architects. While the Astor Tower one of his lesser-known designs, the building is a significant example of Goldberg’s architectural development. The design of Astor Tower occurred shortly before the design of his famous Marina City complex, yet the two buildings were constructed around the same time in the early 1960s. Astor Tower was very unique in its construction in that the building is centered around a poured concrete core that contains the elevators, stairs, and utilities. Being centered around this core meant that each unit of the building was a corner unit. Goldberg considered Astor Tower as a prototype for Marina City, as he would use the same internal concrete core structure method for both buildings. He knew that the first five stories of the building would be less desirable due to the limited views, so he simply lifted the building up five stories, set it on stilts, and exposed the concrete core. Elevating Astor Tower in such a way created more usable space on the ground level for car circulation. On the building’s exterior once existed a system of louvred blinds intended to control light and protect the actual windows, with each unit being in control of its blinds. The frequent shifting of the louvre positions on Astor Tower’s exterior created an animated appearance on the 25-story building that Goldberg described as “a happening.”

When Astor Tower opened in 1962, it was known as the Astor Tower Hotel, a high-end hotel catering to Chicago’s elite. Goldberg envisioned Astor Tower as being the more affluent Marina City. In its basement, a replica of France’s famous Maxim’s de Paris restaurant became one of Chicago’s premiere establishments. Such celebrities as Frank Sinatra, Liza Minnelli, Woody Allen, Audrey Hepburn, and even the Beatles would become guests of the Astor. In 1966, the Astor witnessed one of the most memorable events in modern music history: the end of Beatlemania. On August 11, 1966 in a conference room of the Astor Tower Hotel, John Lennon formally apologized for saying that the Beatles were more popular than Jesus. Many music historians consider that event as the official end of Beatlemania.

The prestige of the Astor Tower Hotel began to wane by the 1970s, and at the end of the decade the hotel formally closed and was converted into condominiums known today as Astor Tower. Maxim’s also closed its doors in the 1980s and the space was given to the City of Chicago which converted it into the Nancy Goldberg International Center. Then, during a renovation project in 1996, the building’s louvred blinds were removed, exposing the windows for the first time. Today, Astor Tower lives a peaceful existence in the Gold Coast neighborhood, and stands as a reminder of Chicago’s luxurious past.