In the late nineteenth and early twentieth centuries, Springfield was an industrial center. Much of its industry was based in munitions manufacturing, but by the early 1900s, the emerging automotive industry was also developing in Springfield. In 1893, the Duryea brothers built the first American-built, gasoline-powered car. The car was built by hand in the Stacy Building on Taylor Street, which is listed on the National Register of Historic Places. 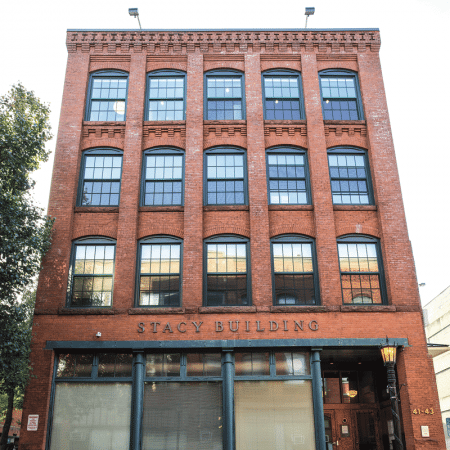 The Duryea brothers in a Duryea Motor Wagon 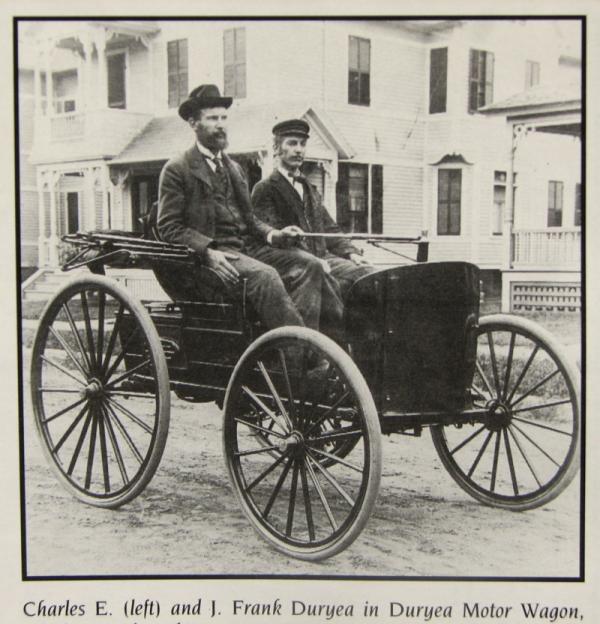 Springfield has given the world many "firsts" over the course of the city's history. By the late nineteenth and early twentieth centuries, the city was an industrial center and a railroad hub. It was in Springfield that Charles Goodyear first patented vulcanized rubber and it was the birthplace of Smith & Wesson revolvers. The company is still headquartered in Springfield. But of all the landmark developments to come from Springfield, perhaps none was as significant as the development of the first American gasoline-powered automobile.

In 1893, when the idea of automobiles still seemed far-fetched to most people, Charles and Frank Duryea, brothers and Springfield natives, built and tested the first American-built gasoline-powered automobile. The brothers previously built bicycles but became interested in the new gasoline-powered engines. They built the automobile, which they called a Duryea Motor Wagon, in the Stacy Building on Taylor Street and tested on the streets of Springfield. The brothers built the earliest cars by hand.

The brothers made history again when Charles Duryea won America's first-ever road race. He won the Chicago Times Herald race, driving at an average speed of 7.5 miles per hour. After winning the race and beating out competitors such as Daimler Benz, Duryea Motor Wagons surged in popularity. In 1896, Charles Duryea founded the Duryea Motor Wagon Company, the first American company to build and sell gasoline-powered automobiles to the public. For a time, the cars were highly sought after by the well-heeled of the late nineteenth century; buyers included George Vanderbilt.

In 1896, a Duryea Motor Wagon was involved in another "first." A motorist in New York City hit a pedestrian, who suffered a broken leg. The incident is the nation's first recorded traffic accident. Financial disputes led the brothers to go their separate ways by the late 1800s, although Charles continued manufacturing the motor wagons until the 1910s.

The Stacy Building, where the Duryea brothers perfected their motor wagons, was built in 1893 for Edwin S. Stacy, who supplied mills. His business occupied the first two floors and the top two were rented out. It was on the top floor of the building that the first Duryea automobile was designed and built. The building is well-preserved and now houses a dental practice. It was added to the National Register of Historic Places in 1983.