The Harriet Tubman Museum, located just miles from where Harriet grew up in Dorchester County, Maryland, was established by the Harriet Tubman Organization; they strive to truly captivate the essence of culture for Harriet as she faced slavery, adversity, and inequality. The museum offers a unique and sentimental frame of mind as they honor Harriet Tubman with memorials, tours to specific places impactful to her life, museum displays, educational exhibits, and celebrations. 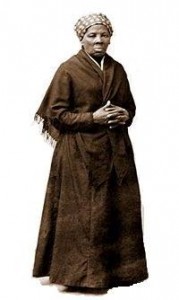 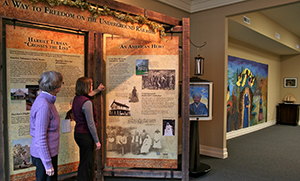 As Harriet Tubman lived a life of bravery and courage, the Harriet Tubman Museum was built in order to commemorate her honorable life. The Harriet Tubman Organization, founded in the 1980’s, desired to fully captivate the essence of her legacy by offering a museum and education center that would provide insightful information to all.

The museum is located in Dorchester County, Maryland just a few miles from where Harriet lived. It offers memorials, tours, museum displays, and educational exhibits all portraying the experiences Harriet would undergo throughout her life. Harriet Tubman was an advocate of equality, as she fought for freedom. “After growing up on the Brodess Farm in Bucktown in Dorchester County, Tubman later escaped from slavery and returned 13 times to lead other enslaved people to freedom using the secret network of people and sites known as the Underground Railroad. She later served as a Civil War spy and nurse, a suffragist, and a humanitarian."

In addition to the museum, the Harriet Tubman Organization holds various events throughout the year in order to commemorate this fearless, strong, brave Civil Rights advocate. They hold a memorial banquet each March, and host historical discussion conferences.

The organization hopes to inspire society, and to recognize the distinguishable life of Harriet Tubman as she was a pivotal character that played an impactful role during the Civil Rights Movement. The museum and educational center continually work to improve and enhance the exhibits by community involvement as well as research.

This tour begins at the Bucktown Village Store where Harriet Tubman suffered from a severe head injury that resulted in the development of epilepsy that she had for the rest of her life. The tour takes users to several locations with significance to Harriet Tubman's life and legacy.