The Missouri Theater was built in 1927 and is an excellent example of a Great Depression-era movie palace. Its design combines Art Deco and Moorish Revival architecture. The exterior features blue and red tiling, a large Moorish arch in the center and several smaller arches, and four Art Deco piers. The interior can be described as "atmospheric," with Persian motifs and a tent-like canopy hanging from the ceiling. Directly adjoining the theater is a two-story building that was constructed after the theater; both were finished by the time of the grand opening on July 25, 1927. The two buildings were added, together, to the National Register of Historic Places in 1979.

The Missouri Theater is one of the more striking landmarks in St. Joseph. It operates as a performing arts center today. 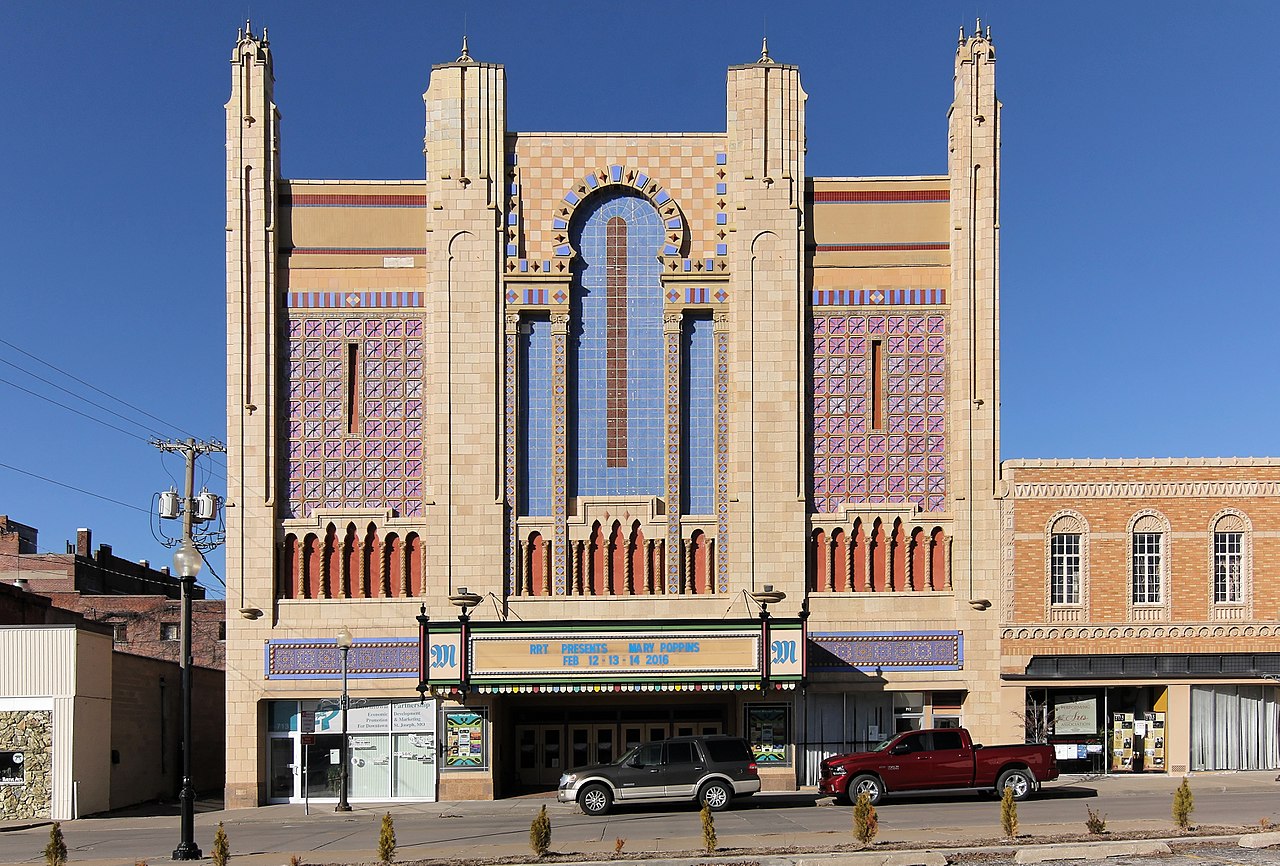 The theater was the city's main entertainment venue until the end of World War II. Nonetheless, movies continued to be shown here until 1970 and then it became primarily a performing arts center. It was renovated in the late 1970s and again in the early 2000s.