Haywood Hall was completed in 1801 for the family of Revolutionary War veteran and North Carolina State Treasurer John Haywood and his wife Eliza. The house has undergone very few renovations over the years, making it a prime example of Federalist architecture. John and Eliza Haywood had twelve children and the home was passed down to family members until the death of Mary Fowles Haywood in 1977. In her will, Mary Fowles Haywood left the house to a local society with the intention that it serve the community in some way. Since then, Haywood Hall and its adjoining structures (such as a kitchen, smokehouse, and gardener’s shed) have served the community as a museum.

Haywood Hall. The Marquis de Lafayette, a hero of the Revolutionary War, visited the home in 1825. 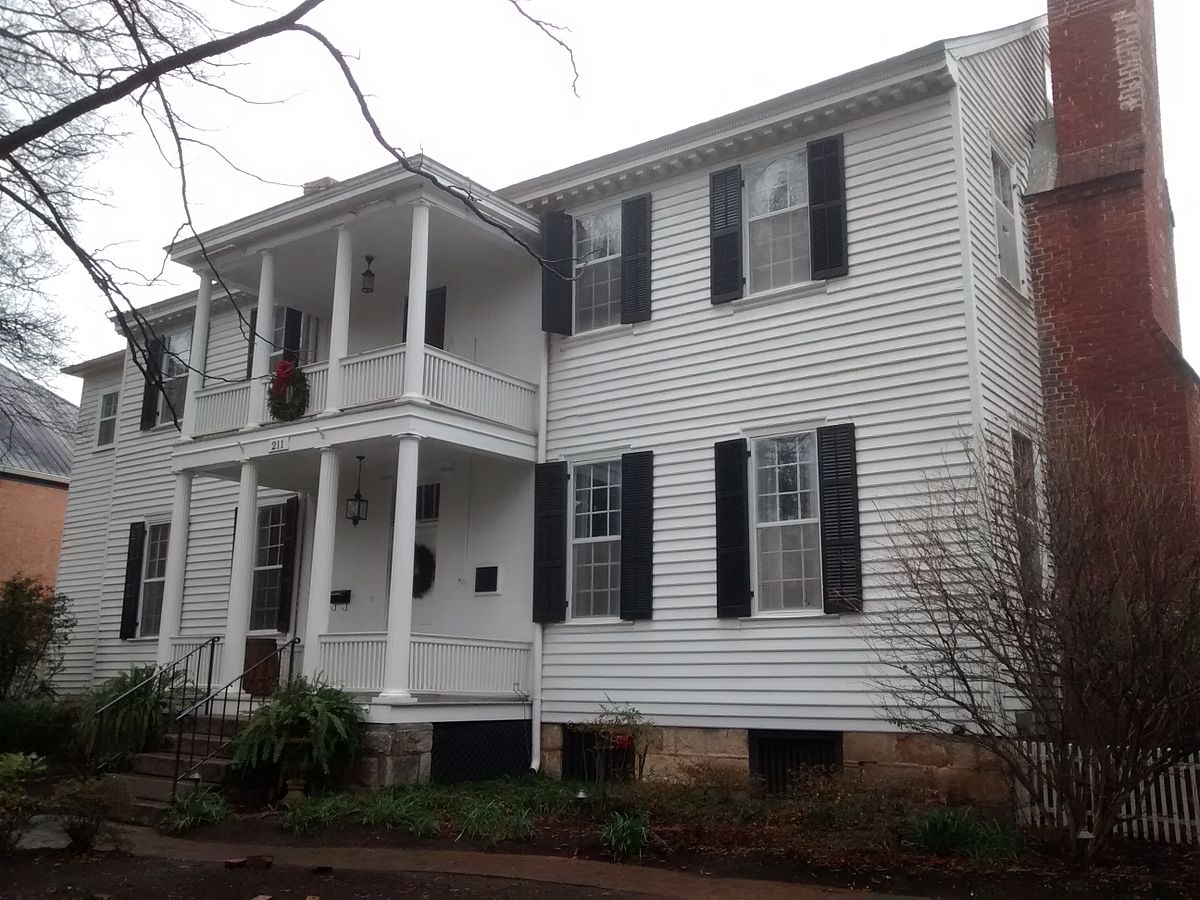 John Haywood was born in Edgecombe County, North Carolina in 1755. After fighting in the Revolutionary War, Haywood served as a clerk at multiple North Carolina congressional sessions. In 1787, he became State Treasurer. Haywood was also the first mayor of Raleigh and a co-founder of the University of North Carolina at Chapel Hill, the Raleigh Academy, and Raleigh’s Christ Church. He participated in the running of these organizations even during his forty years as State Treasurer.

North Carolina legislature passed a law in 1792 requiring all state officials to live in Raleigh, the new capital, during their time in office. Haywood then bought a parcel of land and began construction on Haywood Hall in 1799 or 1800 (sources differ). The house was designed to look like Haywood’s childhood home. The two-story building features a symmetrical floor plan, detailed woodwork, and a roof cornice typical of the Federal architectural style. During the one-year construction, Haywood lived in a small cottage on the same lot. He later used the cottage as office space, and it was adjoined to Haywood Hall sometime after 1900.

John Haywood died in 1827. His son, Dr. Edmund Burke Haywood, then bought Haywood Hall. Dr. Haywood was later appointed Chairman of the Board of Public Charities in 1890. His son Ernest inherited the house after Dr. Haywood’s death, and Haywood Hall was kept in the family until it was donated to the National Society of the Colonial Dames of America in the State of North Carolina in 1977. As per the will of Haywood Hall’s last individual owner Mary Fowle Haywood Stearns, the house is now used for the “enjoyment of the community” as a museum, complete with many of the home’s original furnishings.