Built under the direction of the Public Works Administration in 1936, as part of the New Deal program intended to alleviate unemployment and provide a boost to the economy, the U.S. Courthouse served numerous federal agencies and as an office for Lyndon B. Johnson. Federal agencies used the building through 2012 before leaving for a more modern facility. However, in 2020, it will re-open under the direction of Travis County, serving as home to county offices and probate courts. 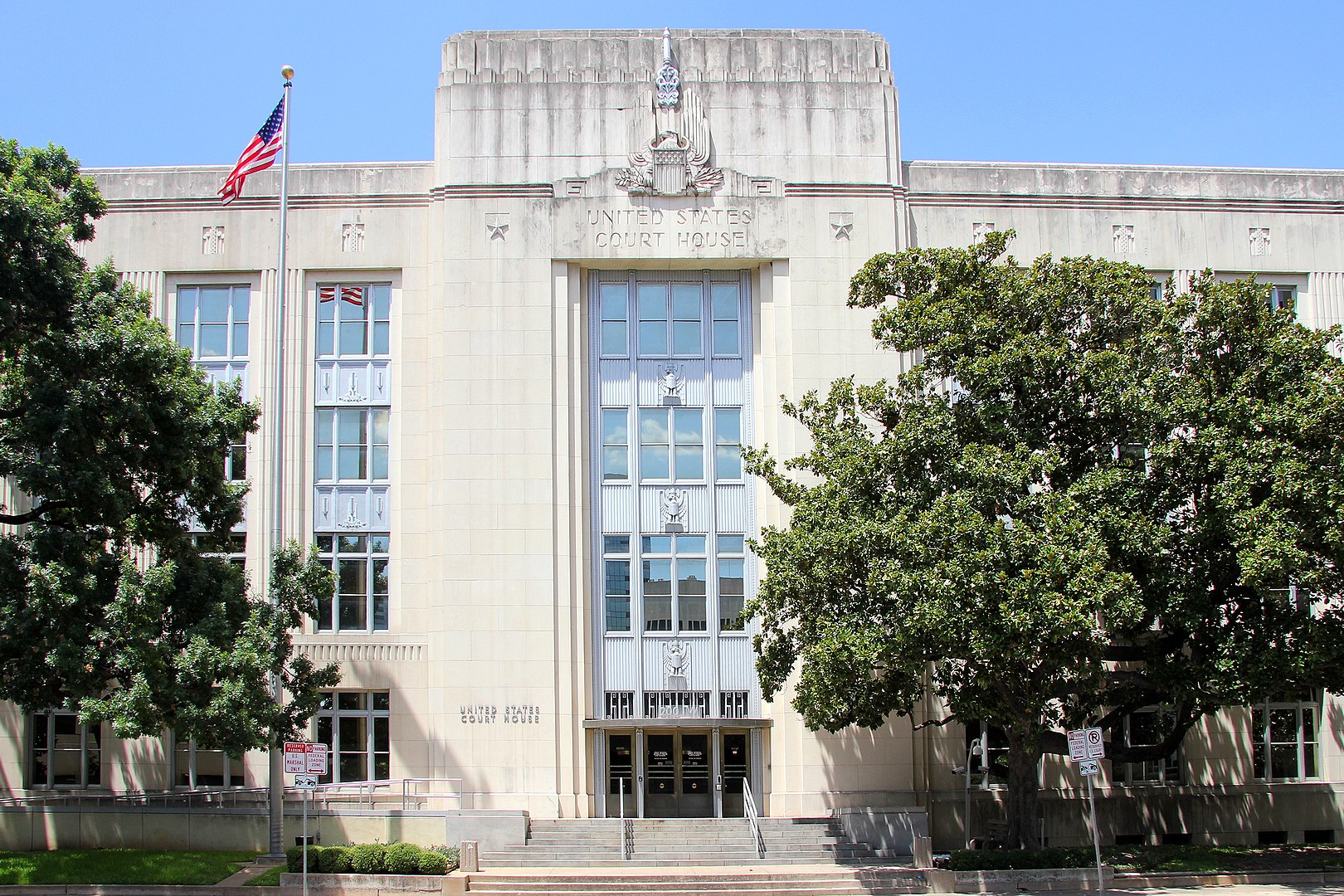 The Austin U.S. Courthouse (built in 1936) enjoys an association with numerous federal construction projects intended to alleviate the economic issues associated with the Great Depression during the 1930s by reducing unemployment. Architecturally, the Austin U.S. Courthouse reflects the 1930s trend and organizational influence of the Beaux-Arts architectural style and the Moderne architectural movement, sometimes described as a compromise between tradition and progress.
Austin, founded in 1839, became the Texas state capital in 1873. A few years later, between 1877 - 81, a federal courthouse and post office was built. The post office outgrew the space and moved in 1914 while the courts remained in the building until the now-historic building opened its doors in the 1930s. Even by the 1920s, officials deemed it necessary to construct a larger building to adequately accommodate the growing needs of the federal district court and various federal agencies. But, it wasn't until the Great Depression when the President and Congress funded construction projects that allowed for the development of a new courthouse and federal building; U.S. Congressman J. P. Buchanan introduced a bill in 1834 that appropriated $415,000 for the construction of a U.S. courthouse in Austin. Construction on the courthouse building began in 1935 and took eighteen months to finish. Though planned to be completed in May 1936, cold weather and other delays pushed its opening until September 1936.
The U.S. courthouse housed such agencies as the Collector of Internal Revenue, the U.S. Weather Bureau, the Department of Justice; the United States District Court for the Western District of Texas; the United States Probation Office, and a grand jury room. As well, future U.S. President Lyndon B Johnson maintained an office in the building from the 1940s through 1961 when he served first as a U.S. Representative and then a U.S. Senator; he moved out when he became the Vice President.
While the U.S. Treasury Department, notably the Public Works Administration (PWA) created as part of the New Deal, handled most federal construction projects, and ultimately oversaw the Austin U.S. Courthouse project, it is unique in that it's one of the few buildings in which the federal government allowed for the hiring of private architects to design the building. Well-known Austin architect Charles H. Page, of C. H. Page and Son, developed the plans for the new U.S. courthouse, and Kenneth Franzheim of New York served as consulting architect. The Austin U.S. Courthouse maintains much of the 1930s Beaux-Arts architectural characteristics common among government buildings, but also design features influenced by the Moderne architectural movement typical among PWA projects.
The Austin U.S. Courthouse is a four-story steel-and-concrete building with symmetrical rectangular form, cream-colored limestone, recessed vertical window bays, gray granite steps, four bronze doors and adorned by stylized eagles and geometric detailing.  The lobbies and corridors are comprised of marble and plaster walls, terrazzo floors, ceilings with bronze molding, and plenty of ornate features such as chandeliers and artwork.
The federal agencies and courts moved to a new courthouse in 2012, which led to discussions about the fate of the old courthouse.  After four years of debate, Travis County took ownership of the building in 2016 and announced it would spend $28 million to renovate the building to use as a county probate court building by 2020.