Founded in 1888, the First National Bank of Harrington was the town’s first bank and is still in business today. Before then, locals who needed to do banking had to travel to Milford. The building is the oldest commercial structure in the city. The building was constructed in 1888 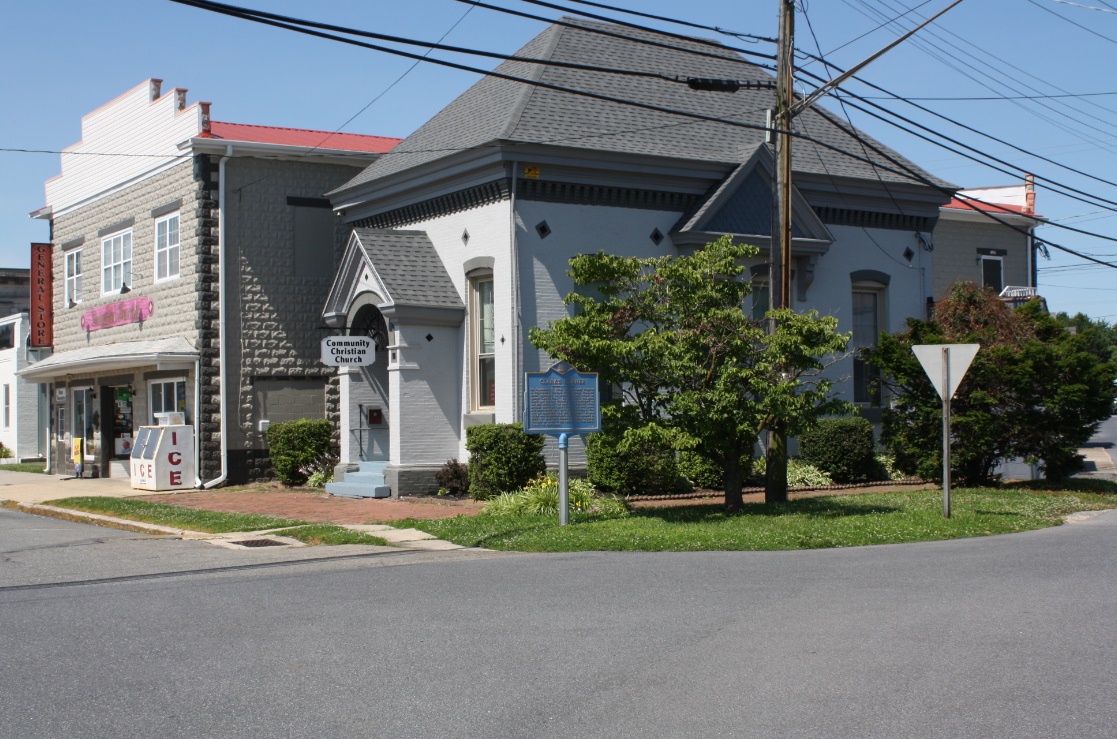 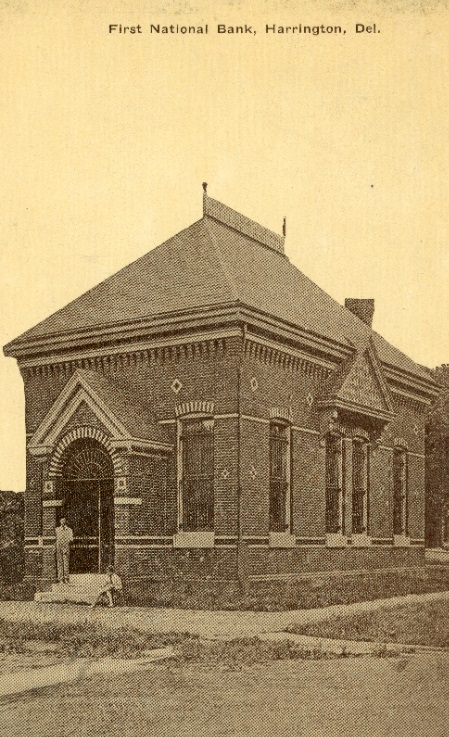 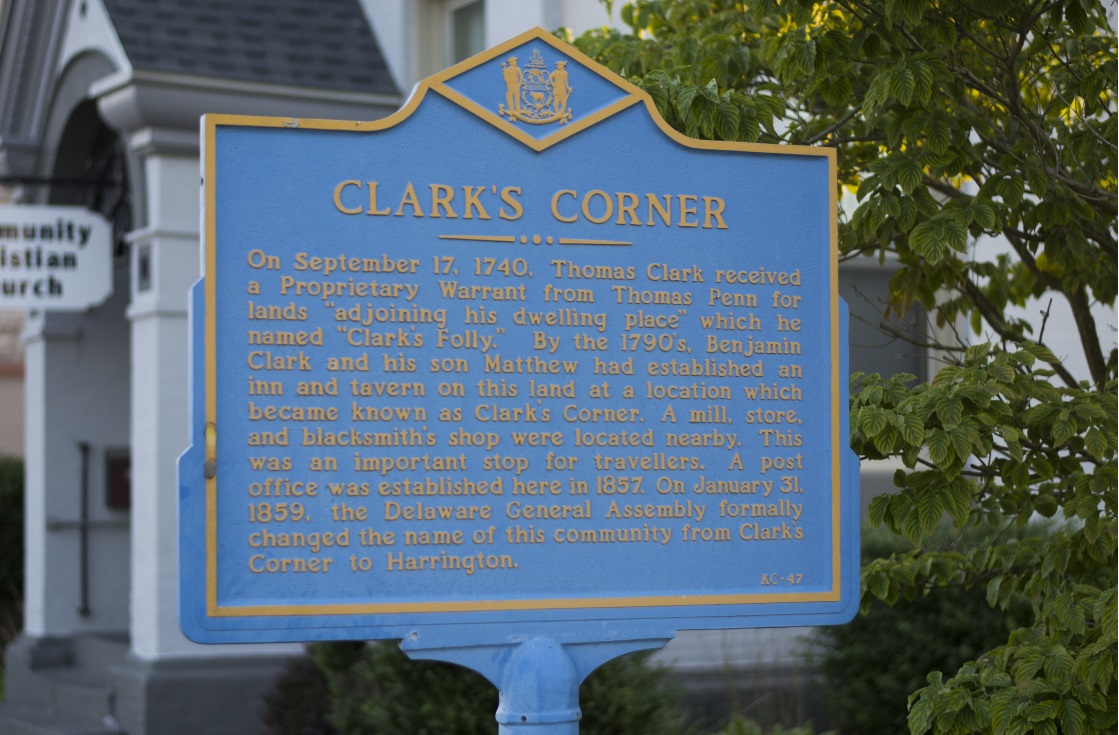 The red brick building was constructed in 1888 and was located just a couple of buildings away from the first commercial building. In the street photo included in this post, you can see the building on the left, the 3 story structure with a porch. This was the original stagecoach stop and inn that was constructed by Benjamin Clark in the 1700s.

The First National Bank of Harrington printed its own money until 1935. Those bills are rare and the $100 dollar bill is valued at over $10,000 today.

In 1920, the bank moved to its current location on Commerce Street. The art decco building they constructed was the first building in the city to have an elevator.

The original lights and teller window from the building can be found at the Greater Harrington Historical Society.

The original building is now home to Community Church.

In front of the building, the State of Delaware Archives placed a Historical Marker indicating the site where the stagecoach stop and inn where located.