Located in the Historic Rose Hill Historic District in the heart of Charlottesville, Virginia, Jackson P. Burley High School first opened as a segregated school for African American students in 1951. In 1974, the school was reopened as the desegregated Burley Middle School, as it remains today. Burley High School’s last class of seniors graduated in 1967 just before the school was closed temporarily for a few years. The area of land on which the school building is located was purchased from a popular African American community leader in Charlottesville, Jackson P. Burley. Today, local activists are leading a movement for the site to be officially included on the National Register of Historic Places and the Virginia Landmarks Register, though the process has not yet been completed. 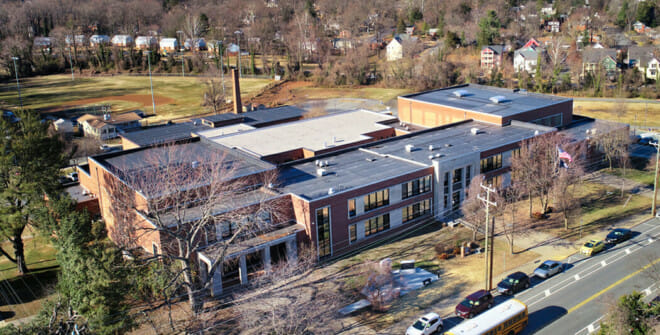 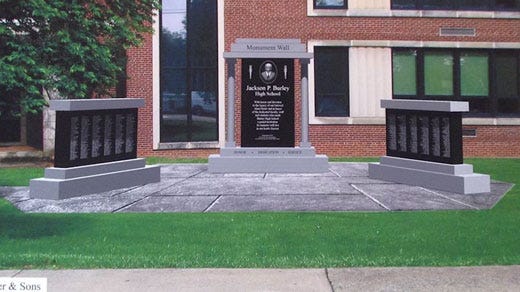 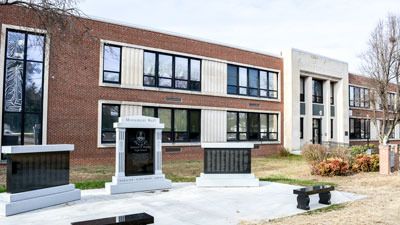 Burley High School was officially established in 1949 when Jefferson High School, Esmont High School, and Albemarle Training School combined to form a single school for African American students in the area. The city of Charlottesville constructed the school on the historic Rose Hill Drive after purchasing the land from Jackson P. Burley, who was a local teacher, activist and leader in the church community. In 1950, the school building’s construction was officially underway. It was completed in 1951, and that same year, nearly 550 students from grades 8-12 attended their first classes at the school.

While the 1954 Brown vs. Board of Education in Topeka decision should have effectively eliminated segregation in public schools, Black students and white students continued to forcefully attend separate schools in Charlottesville well into the year 1955. This reality was mostly the result of pro-segregation stances of members of the Charlottesville School Board and local politicians like Senator Harry F. Byrd, who led a significant movement to resist desegregation for years after the 1954 decision.

One major result of such a significant anti-desegregation movement in the Charlottesville area was the institution of a Pupil Placement Board for Virginia Public School students. Per this board, all students who attended public schools in the state were to be assigned a school to attend on the basis of practicality, personal desires, and academic achievements, “but not race.” But such a pro-equality definition of the board’s purpose soon proved to be a farce. Black students in the state who wished to transfer to other schools, specifically traditionally white segregated schools which were meant to have been since desegregated, he/she was forced to submit a thorough application with specific qualifications and criteria not applied to white students wishing to transfer.

As a result, segregation was practically still in effect even following official ‘desegregation.’ In one day during the year 1958, the Charlottesville School Board denied transfer applications of thirty-three Black students. The board’s decision was based on the fact that many of the students lived in the same school district. The board also claimed several of the students were not “academically qualified” and would likely have “social adjustment problems.” None of the students were allowed to transfer.

Effective desegregation was not fully implemented in Charlottesville until several years after legal desegregation and the continued discrimination of minority students throughout the state. When students were finally integrated in Charlottesville, all the schools for Black students in the city closed and were sold and/or renovated. This process occurred at Burley following the graduation of its last class of senior students in 1967. After the graduation, Albemarle County began renting a portion of the building from the schoolboard as it took steps to effectively divest itself from the school.

Albemarle County purchased the whole school building in 1968 for about $700,000. At the time of this purchase, the school building was being utilized as the Jack Jouett Junior Annex building for seventh grade students at Jouett Middle School. The old Burley school building was reopened in 1973 as Burley Middle School. Several relatively minor renovations were made to the building throughout the late 1980s and early to mid-1990s. Today, the school continues to serve students in Albemarle County through grades six, seven, and eight.

In 2018, Burley Middle School revealed an additional wall had been constructed as a monument with names of Black students who attended Burley High School when it was segregated from 1951 through 1967. Around that same time, a local activist named Jimmy Hollins, who attended the high school in the 1960s, organized and circulated a petition for the school to be officially designated as a historic landmark on both the National Register of Historic Places and the Virginia Landmarks Register. After the petition garnered more than 500 signatures, Hollins’ nonprofit, the Burley Varsity Club, sent a letter to the superintendent of Albemarle County Schools. Subsequently, the County School Board approved a resolution including the official historic designation of the site. Earlier this year, Hollins and other locals were still awaiting a response from the Virginia Landmarks Register and planning to move onto the National Register of Historic Places after receiving local designation.