Old Bnai Zion Synagogue, built in 1912, is a historic Jewish house of worship located just north of downtown El Paso. It historically significant for its architecture and its association with the local Jewish and Greek Orthodox communities. In terms of architecture, the synagogue is an interesting example of a combination of the Greek Revival and Gothic Revival styles. The building features a large portico with columns and arched windows. As for local Jewish history, the synagogue was the home of the city's first Jewish congregation, Congregation Bnai Zion. It was added to the National Register of Historic Places in 1984.

The Old B'nai Zion Synagogue was built in 1912 and was the city's first Jewish synagogue. 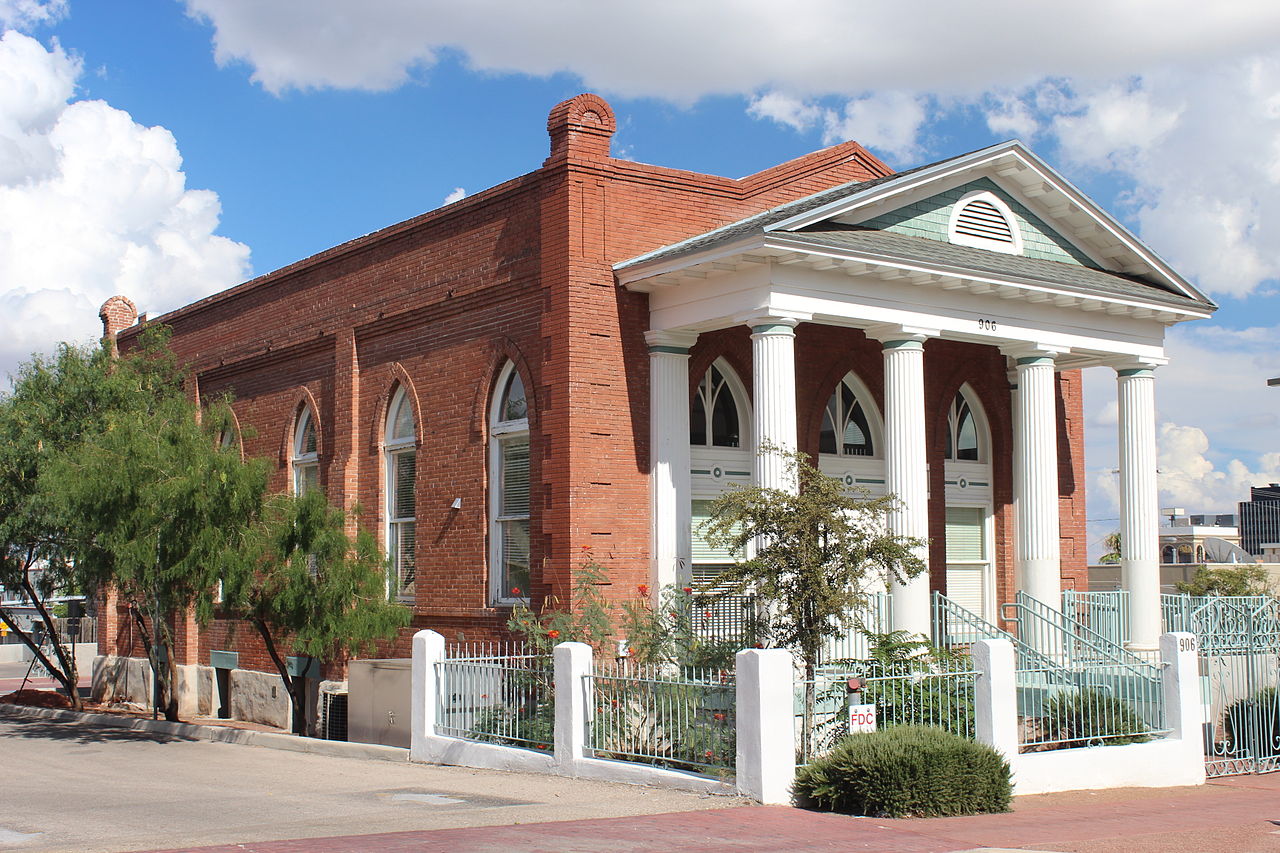 The old synagogue has an interesting history. Congregation Bnai Zion was established in 1900 and, a decade later, bought the property on which the synagogue would be built. The Greek and Gothic design, while common on the east coast at the time, was a rare sight for West Texas. The congregation moved to a new synagogue in 1927 and sold the building to the Greek Orthodox community, which renamed it St. Nicholas. The congregation occupied the building until 1962. Its next owner was a man by the name of H.J. Pandelides, who was a famous local boxer and converted it into a boxing gym. After renting the building to various organization, his family sold it to a company that converted it into a dance studio and cultural center. It is not readily apparent what the building is used for today.