The Downing House served as the home for fifty years to Lewis Downing Jr. who succeeded his father in running a highly successful stagecoach company. Downing Jr. oversaw the company's greatest expansion during the last half of the nineteenth century. He also served as delegate to the state's constitutional convention, on the board of a local park, and as president of a bank (to name a few of his endeavors). However, the emergence of the automobile and changing economic climates due to the Industrial Revolution lead to the decline of the family business. In 1919, Dr. R.O. Blood, who eventually became governor of the state, purchased the home. 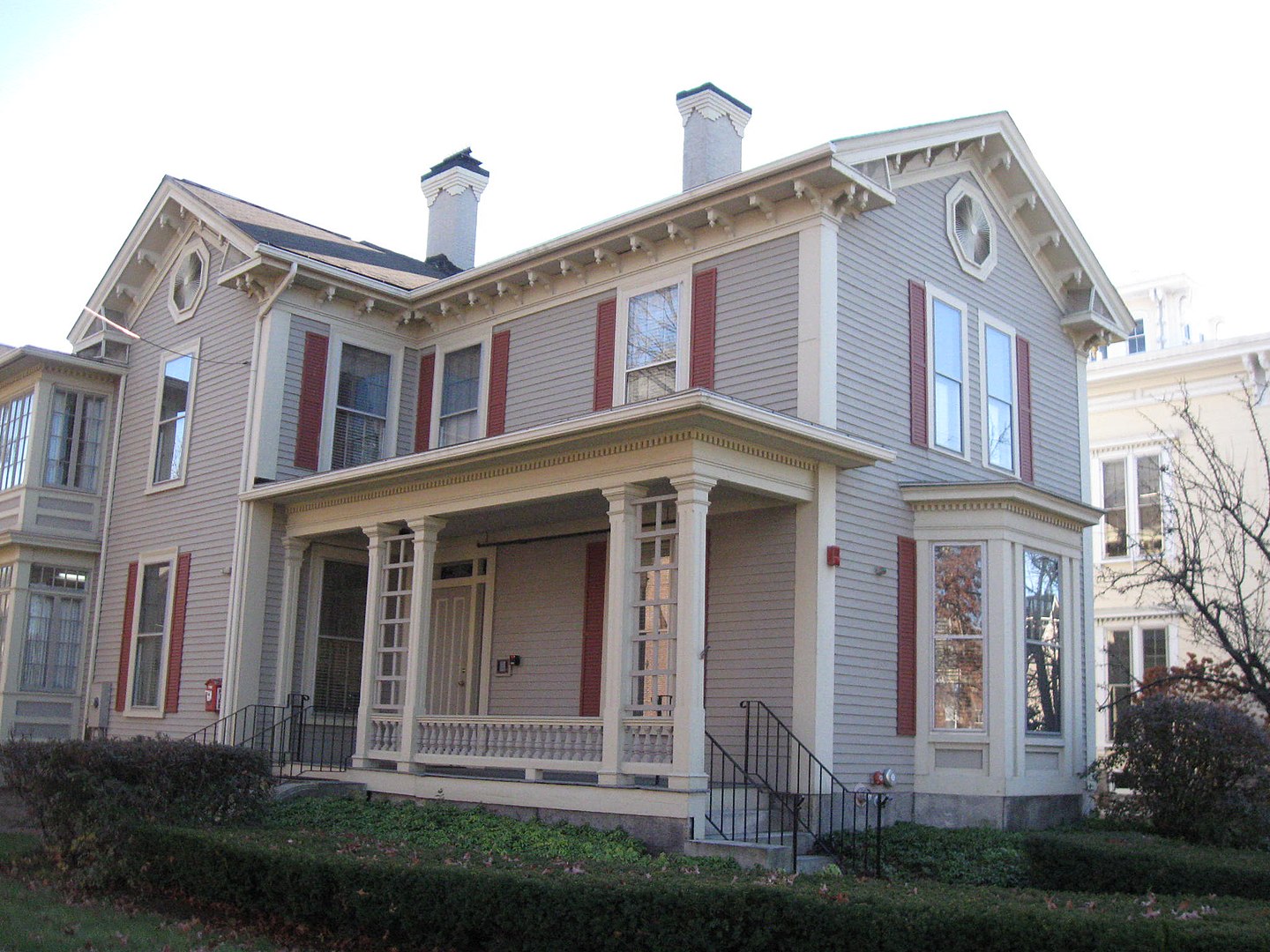 The Lewis Downing Jr. House (1851) was the home for fifty years to Lewis Downing Jr., the president of the Abbot, Downing & Company, a nationally known manufacturer of coaches, and later by a physician who went on to become governor.

In 1813, Lewis Downing's father established the carriage production business that eventually became the Abbot-Downing company. By 1826, Downing Sr. and his business partner, J. Stephen Abbott, developed a stagecoach especially designed for U.S. conditions, which proved to a highly successful endeavor. The partnership dissolved in 1847, but both men continued to produce hand-crafted coaches on their own.

The Civil War had provided a boost to the business as there existed high demand for ambulances, gun carriages, baggage wagons, and similar vehicles. But Downing Jr. oversaw the most significant period of growth for the business after the war. Downing Jr. opened shops New York and Vermont, and he expanded sales internationally to such locations as South America, Africa, and Australia (and later opened an agency in Australia, too).

Lewis Downing Jr. also served for twenty-three years as director (and later president) of the National State Capital Bank. Additionally, he worked as vice-president of the Loan and Trust Savings Bank, director of the Stark Mill in Manchester, and director of the Concord Street Railway -- its streetcars were fabricated at the Abbot, Downing & Company shops. Furthermore, he served as a delegate to the state's constitutional convention (1876), drew early maps and plans of Concord, helped author a two-volume History of Concord, actively participated in his local Unitarian Church, and sat on the board of directors for White Park, the city's first Victorian park.

However, the dawn of the industrial revolution, the emergence of the automobile industry, and the practice of mass production all took its toll on the Abbot, Downing & Company. Lewis Downing Jr. died in 1901 just as the business had all but collapsed.

A group of local investors purchased the company in 1912 with hopes of reviving the company, which had served as a major asset to the community. The group renamed the business the AbbotDowning Truck and Body Company and added motorized trucks an fire engines to its line. However, the effort proved fleeting; the company finally ceased operations in 1919.