The Washington Woolen Mill started operating in 1860, when its first water was poured over its water wheel. During the American Civil War, after the first and second battles of Fredericksburg, the Washington Woolen Mill was used as a field hospital. It was occupied by the Union Army in 1862. In 1864, it was the hospital for men of the Fifth Corps and for the army of the Potomac. Before the Civil War, the mill was in very good condition. Many female workers worked there until 1862. Then, during the Union's first occupation in 1962, it turned into a hospital and all its looms closed. 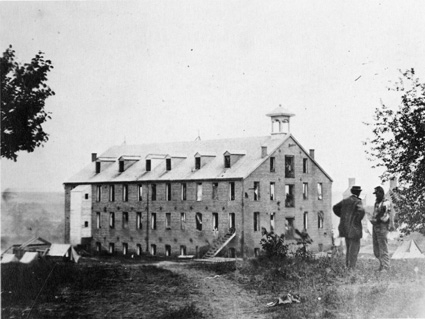 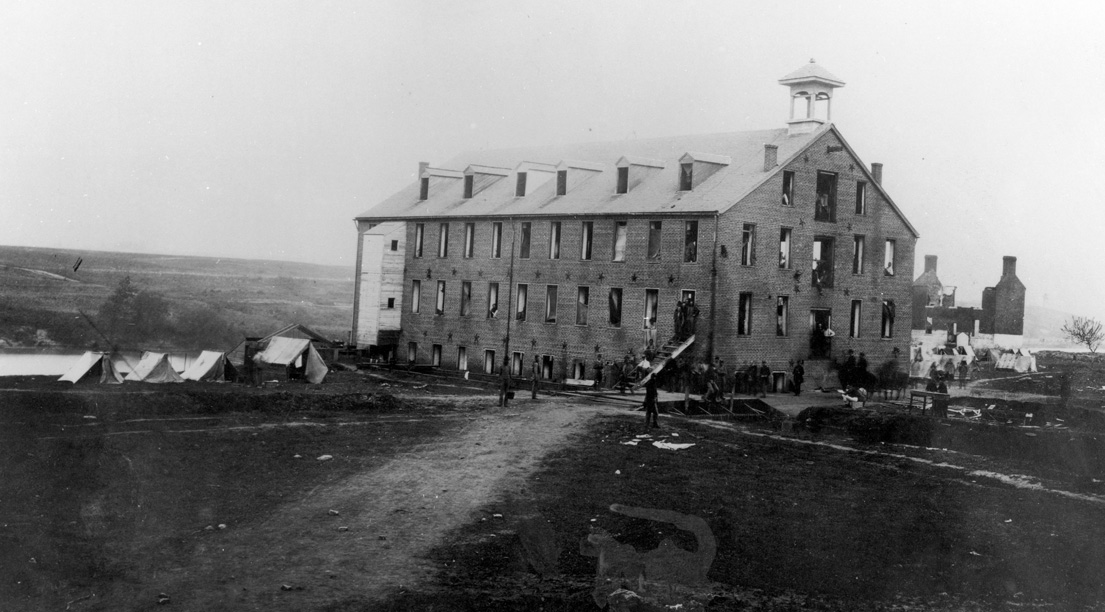 The Fredericksburg News of January 18, 1861 gives a description of the Washington Woolen Mill:

"This building is 120 feet long by 60 in width, and five stories high, including the basement. The machinery consists of nineteen 6-4 looms and eighteen 3-4 looms, giving employment to 35 female hands. There are also four spinning machines, running 1000 spindles—four setts of cards, one wool pick and one duster—three eye kettles, three fulling mills and a lace to wash wool—three presses for pressing and finishing cloth, and ten 3-4 and twelve 6-4 bars for drying cloth. In this department, in which males alone are engaged, constant employment is given to about 35 hands.

This establishment consumes about 800 lbs. of wool per day, and used $10,000 worth of warp since they have been running, all of which is manufactured in the neighboring village of Falmouth by the Messrs. Green. The products per day are about 500 yards of 6-4 kersey of the two colors yellow and slate, wich they sell at wholesale at 70 cents, and about 700 yards of the same color (coarse), at 37 ½ cnts, and also about 150 yards of 3-4 and 6-4 goods, which they sell at wholesale at 56 cents and 112 cents respectively. They have, since they started, shopped 361 bales of goods and have paid as much as $500 in freights in one trip—and their pay roll shows an outlay of $1000 per month in wages. The company are entitled to a power of 75 horses, but are only now using about 45."