The Dover Patrol Monument was given to the park as a gift by Sir Aston Webb, the English architect that designed the original Dover Patrol Monument located at St. Margaret's Bay in England, along with another replica that stands today in Cap Blanc-Nez, France. It stands at 75 feet tall and is made up of grey granite blocks. It has four sides, three with inscriptions and one with a shield-like mantle on what seems like a window. It is an exact replica of the original and was initially located in Fort Hamilton until 1961, when it was moved to the John Paul Jones Park in order to facilitate the construction of the Verrazzano Narrows Bridge. 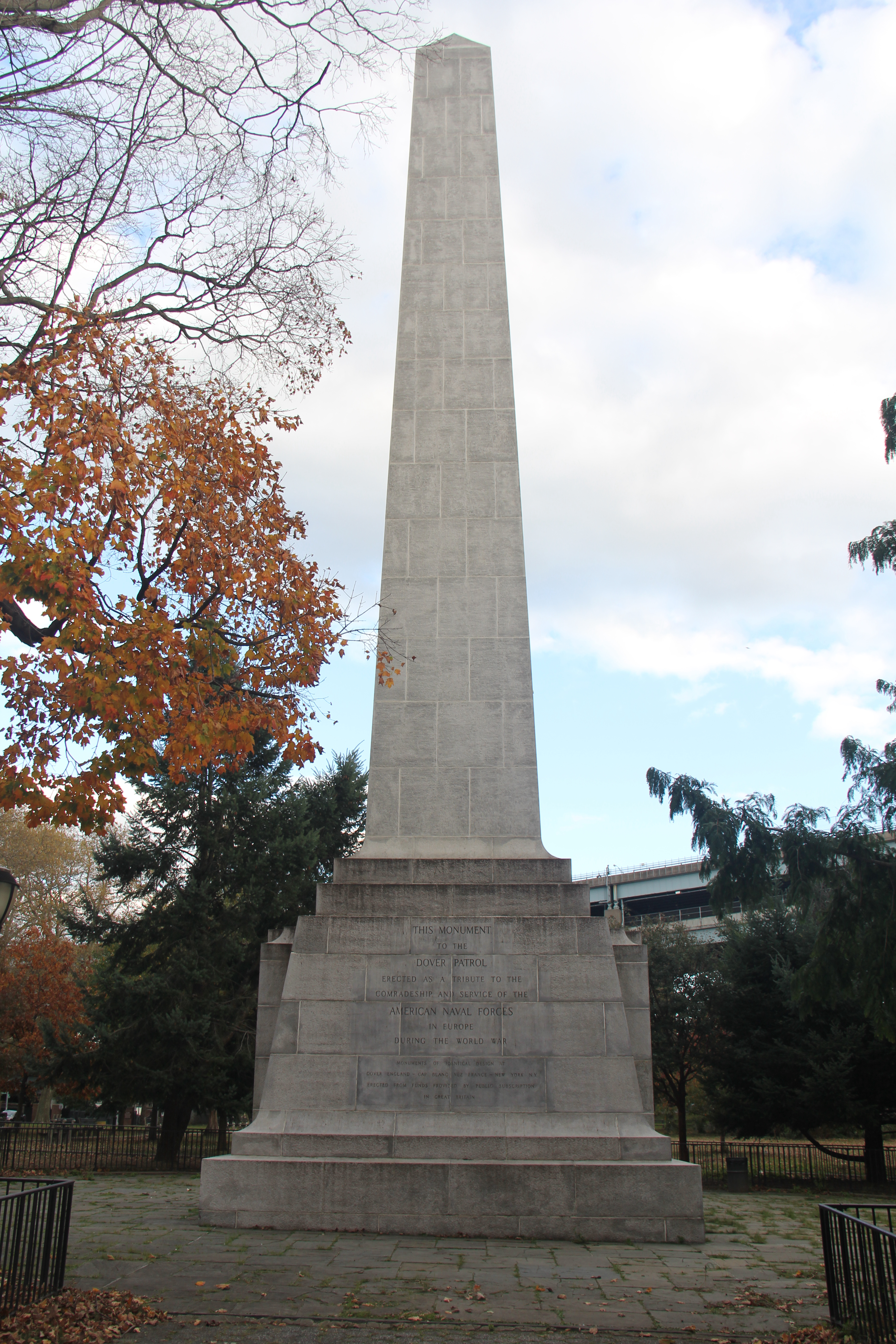 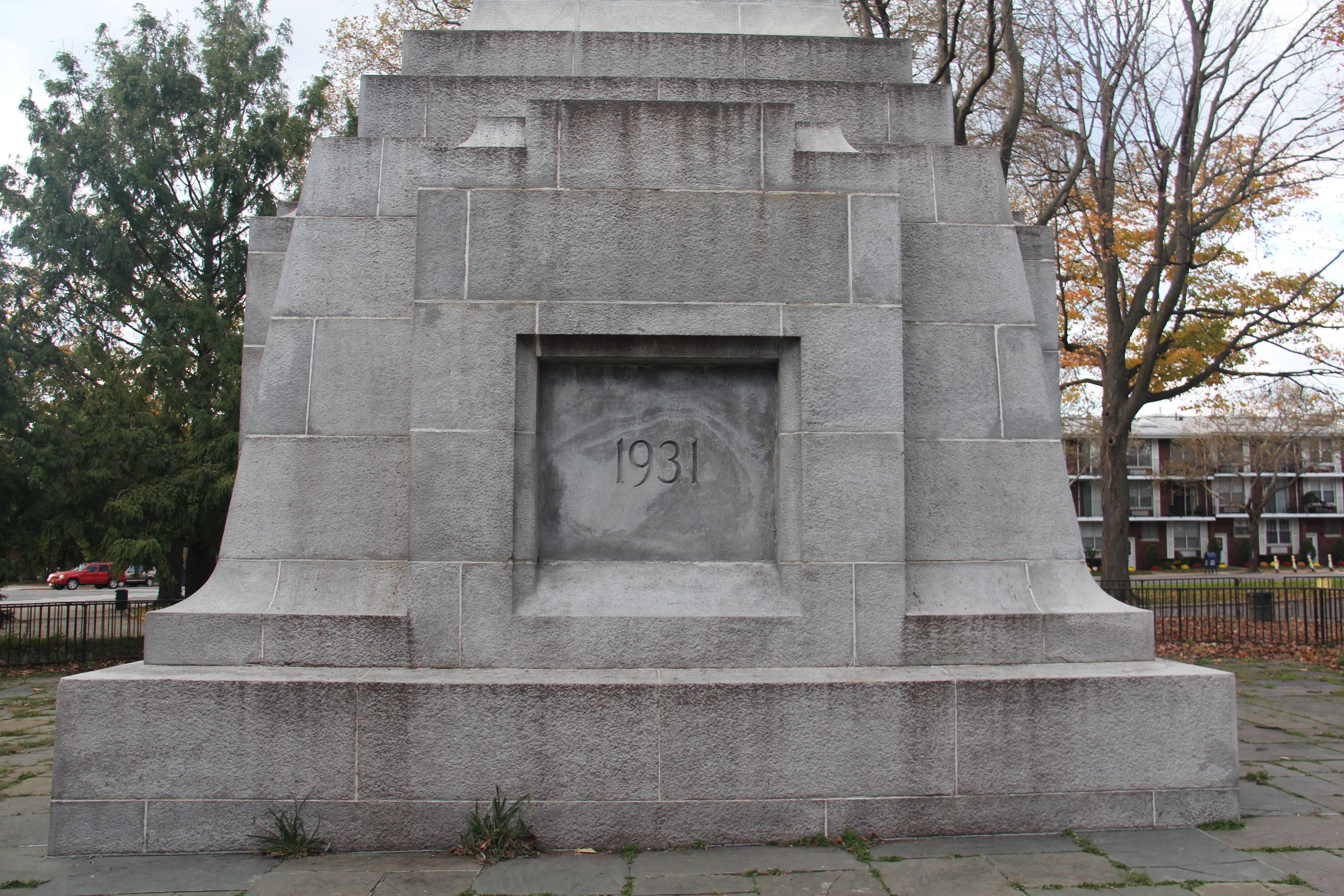 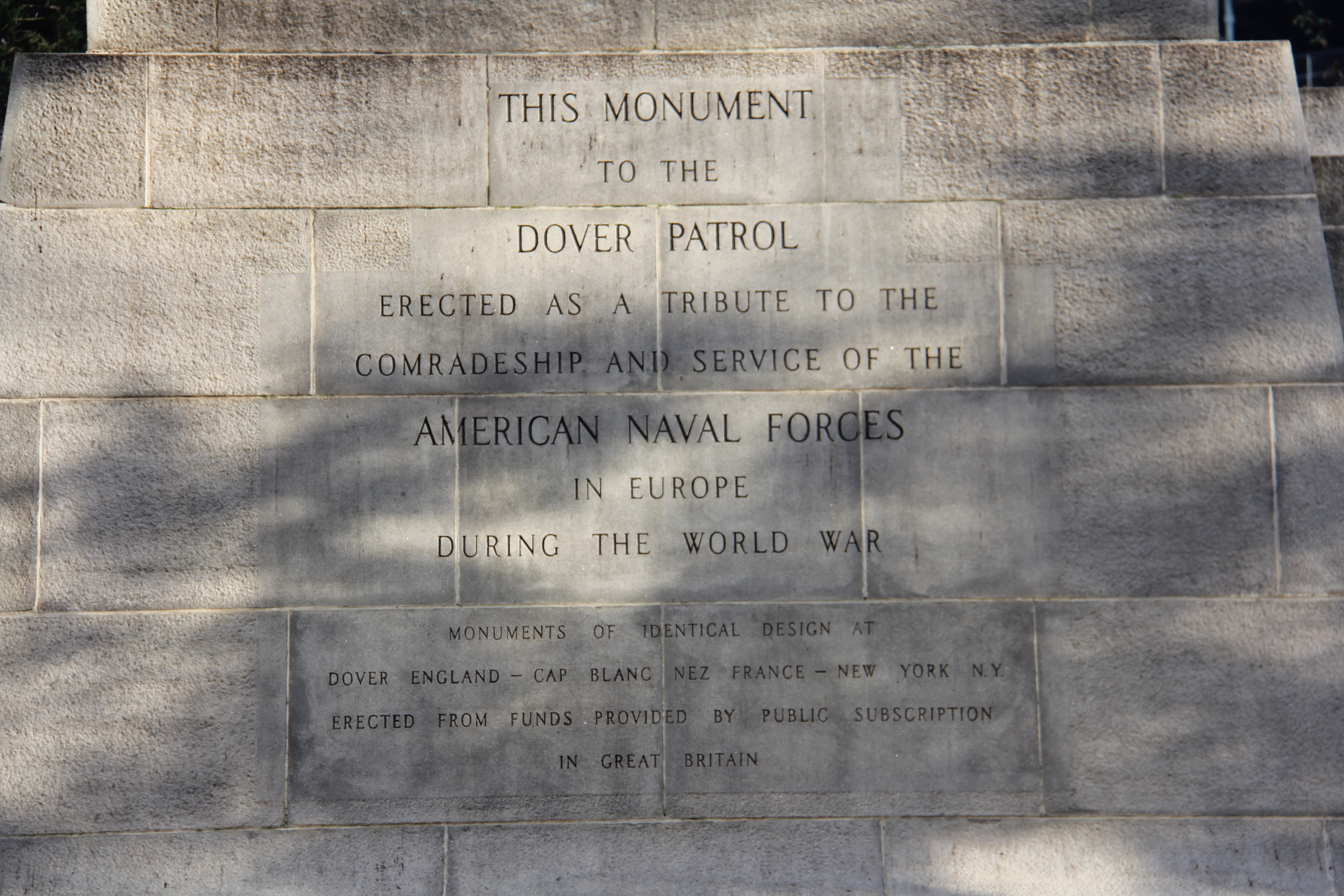 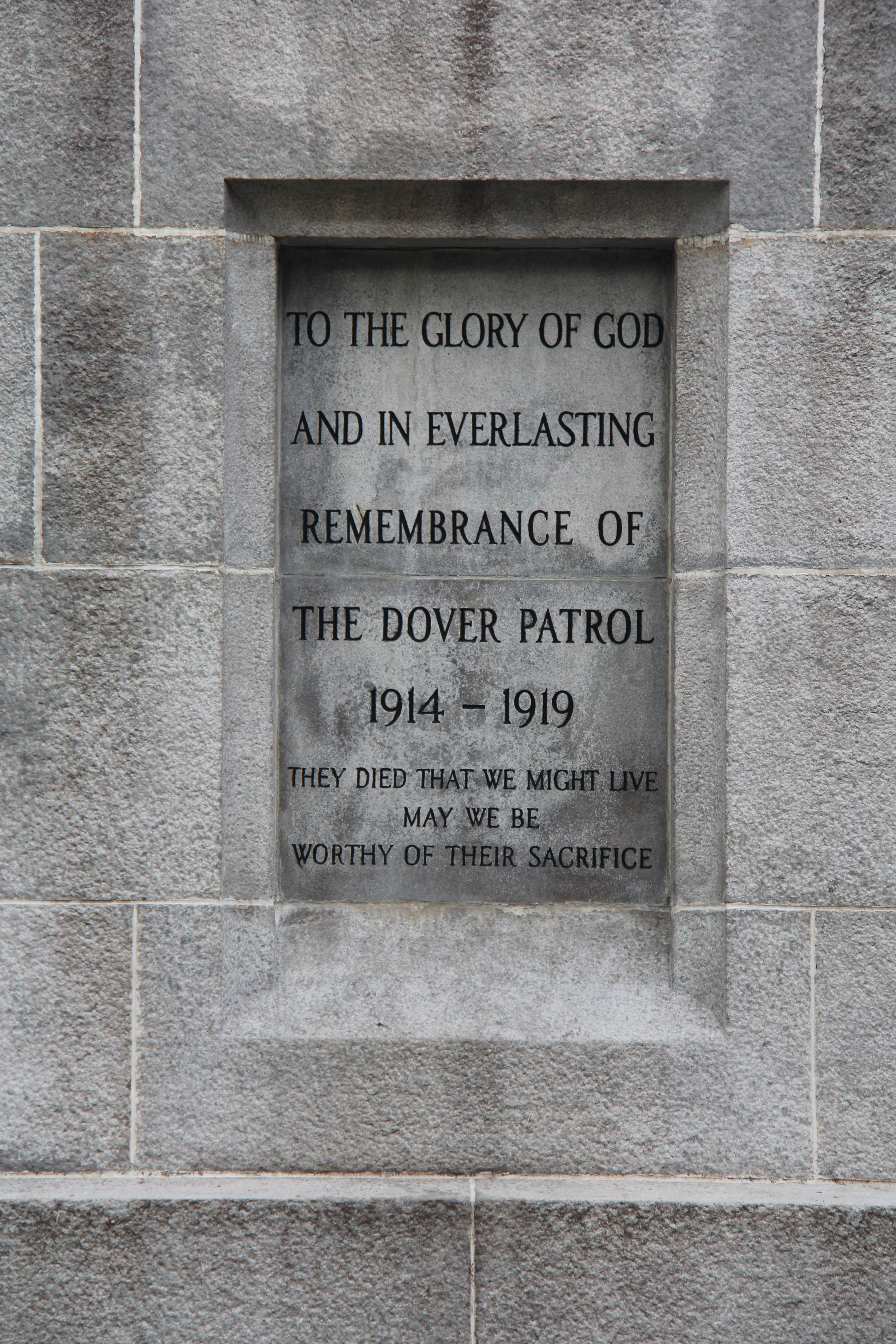 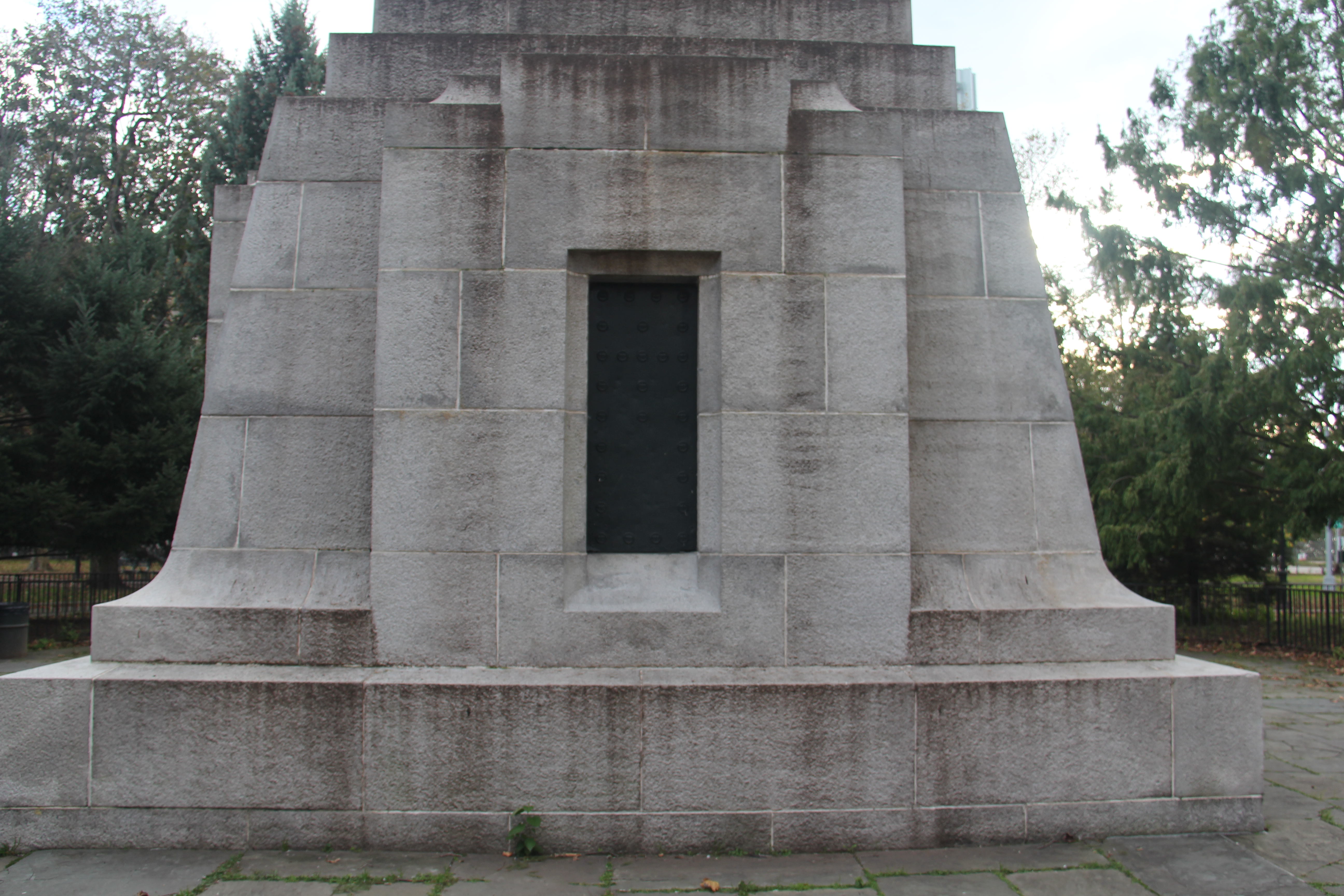 It honors the Dover Patrol, a unit of the Royal Navy based off of Dover and Dunkirk from 1914 to 1918 and whose primary mission was to safeguard the English Channel, preventing the German Navy from using it and therefore forcing it to take the long route through the North Sea) and preventing, though not always successfully, any attacks from German U-boats in the English Channel. Other responsibilities that fell on the Dover Patrol during the war include the escorting of Allied ships, for which they had an extremely high rate of success, and the transportation and send off of both air and naval forces.

It is perhaps best known for its involvement in the Raid of Zeebrugge, an unsuccessful operation in Belgium meant to prevent further German naval vessels from reaching the English Channel by blocking the port of Ostend, and perhaps of opening another front by providing transport to ground troops meant to reach Zeebrugee. Nevertheless the day of the operation strong winds prevented the initial smoke screen from proving effective, and the rapid change in the tides quickly dismantled the planned strategy and the positions of the vessels involved. This resulted in some attacks being rendered obsolete as some ships had been blown from their initial positions and their guns could no longer fire on the desired objectives, and some ships sustaining damage or even being sunk due to the mines placed around the area that they would have otherwise avoided.

On the first side, the following is inscribed: ""This monument/to the/Dover Patrol/Erected as a tribute to the/comradeship and service of the/American Naval Forces/in Europe/during the World War". The second side has the inscription "1931" on it, signifying the year of arrival of the memorial to the park , and the third side expresses: "To the glory of God/ and in everlasting/ remembrance of the Dover Patrol/ 1914-1919/They died what we might live/may we be/worthy of their sacrifice”.