Located just north of Deadwood, Tatanka Story of the Bison is a small tourist attraction dedicated to the Bison, which in the Lakota language is "tatanka." It was established by actor Kevin Costner, who starred in and directed the film "Dances With Wolves." The site features the Northern Plains Peoples Educational Interpretive Center, costumes from the film, tipis, and a large bronze sculpture called "Lakota Bison Jump" created by local artist Peggy Detmers. Lakota Indians also give regular presentations.

The Northern Plains Peoples Educational Interpretive Center features exhibits about the Bison and costumes from the movie "Dances With Wolves." 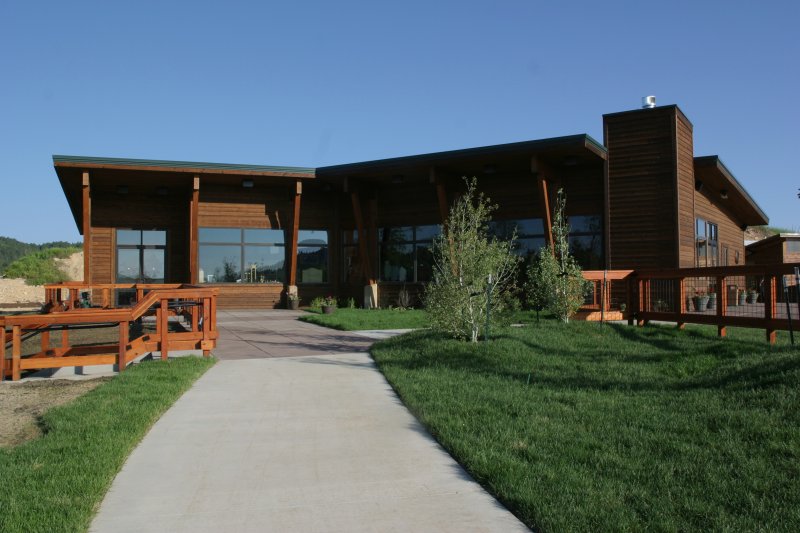 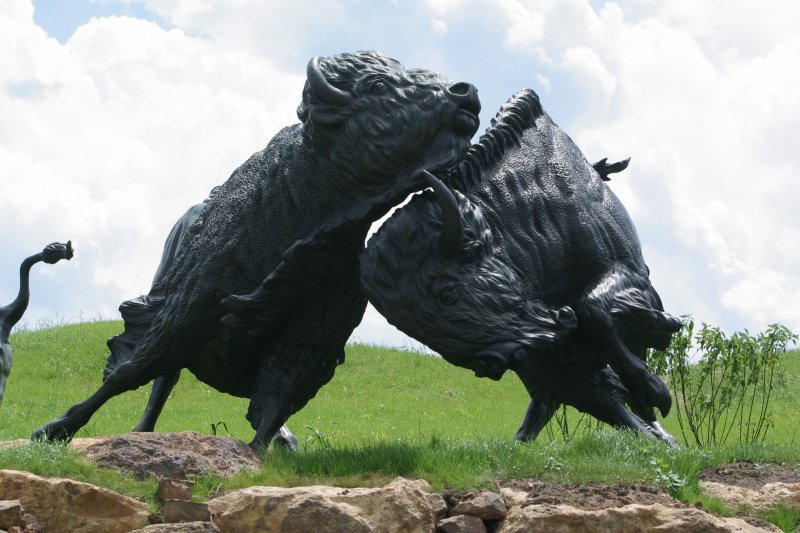 Costner established Tatanka Story of the Bison after he filmed Dances With Wolves, which was released in 1990. His original intention was to build a hotel resort that would feature the sculpture on its grounds (he commissioned Detmers to create it before a solid plan for the hotel was established). The hotel fell through but Costner went ahead with commission and building the interpretive center. The sculpture depicts three Native Americans on horseback hunting fourteen bison, some of which appear tumbling over a cliff. Due issues with funding, it took Detmers seven years to complete the sculpture when it was scheduled to take 3.5 years.