Proud craftsmen from many lands stand behind their handiwork in the marble finishing shed at Middlebury’s Marble Works, circa 1900 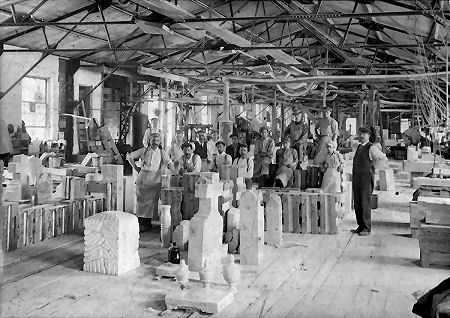 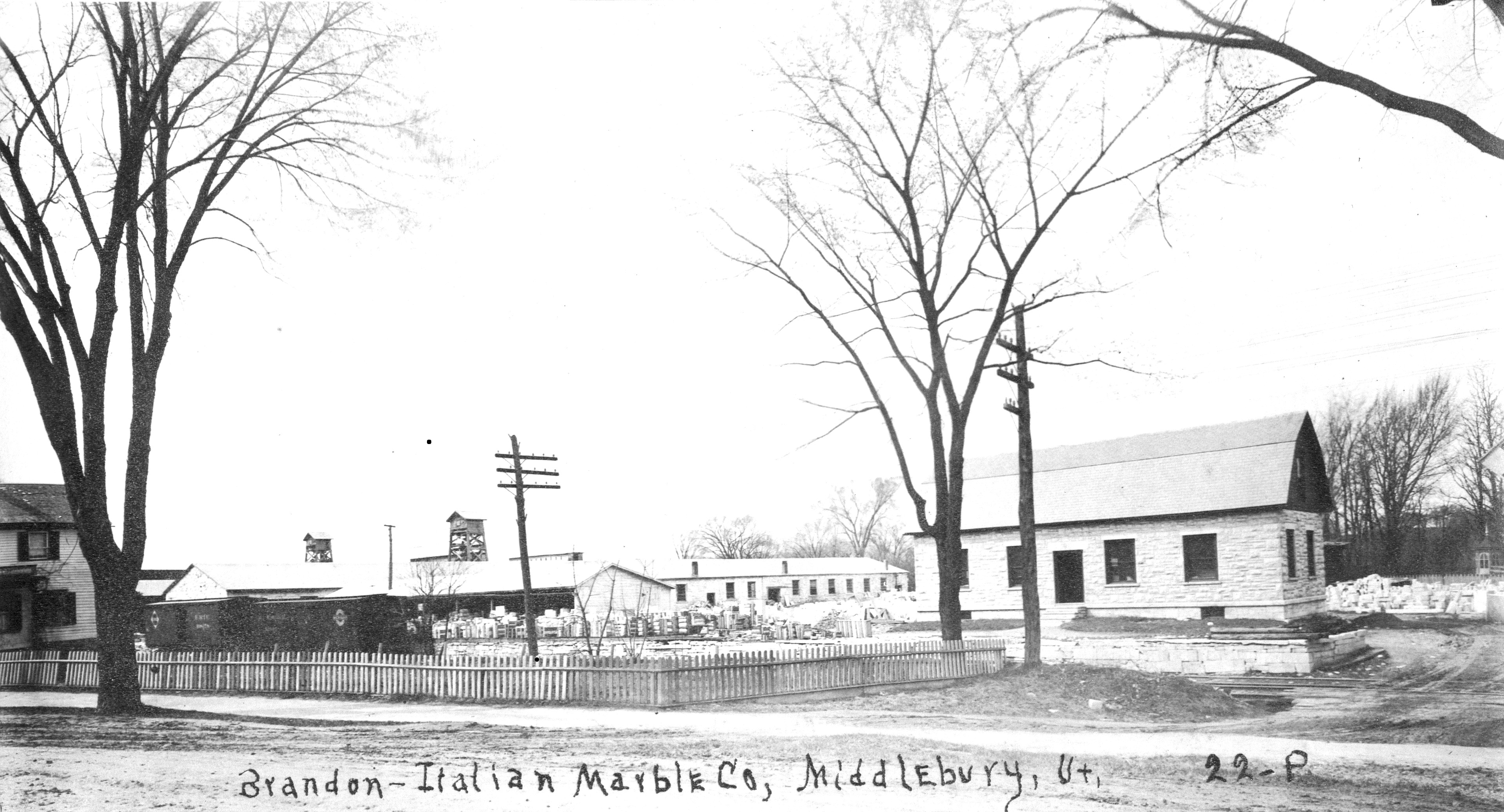 The Brandon Italian Marble Company is a Vermont residing company that began in the late 1800s and operated into the early 1900s. In 1898, a fire caused by a new mill in Brandon burned down the factory. The town of Milldebury offered the Brandon Italian Marble Company tax breaks so they could rebuild. The company soon moved to Middlebury and employed 175 men between 1899 and 1904. Due to the number of immigrants flooding America, out of the 175 men employed at the marble mill, half of the workers were men from Italy, Canada, Ireland, Hungaria, Sweden, Finland, Germany, and Russia. Workers lived close to the factories, mostly dwelling on North Pleasant, Seymour, and Weybridge Streets.

While the company provided the residents of Vermont with jobs, the work was dangerous. Falling rocks in the mines, loose clothing caught in machinery during the milling process, and lung diseases such as silicosis from breathing in marble dust took many of the workers’ lives. The labor was also strenuous and primarily completed by hand. Compressed air shot at rocks would create a hole large enough for dynamite. After the explosion, the workers would use twenty-pound sledgehammers to break up the stone.  Rocks were swung and beat into small enough pieces for a shovel to pick up the shattered rock and move it to a steel cart. When the cart was full, bells alarmed the person controlling the cart, and an electric-powered cable would take the heavy cart up to the mill.

The Vermont Marble Company purchased the Brandon Italian company in 1909. The production of marble in Middlebury continued until 1931 when an economic depression put the company out of business. However, this was not the end of the site. In 1940, a local quarryman George Palmer, got enough money together to buy out his employer and gain the rights to the marble rich land. Surprisingly, George wanted limestone instead of marble. Because both are very profitable and usually found together, Palmer had no trouble restarting operations on the site and building back a company producing only limestone. Yet, even Palmer’s company went out of business. In 1942, a damaged shaft in the crusher and a shortage of metal caused the main machine to be out of commission. George had no choice but to shut down the business and liquidate all assets.

The Brandon Italian Marble Company was one of the most successful marble companies in Vermont. In the late 1800s, the company was essential to helping advance Vermont.