The San Remo Apartment Building is known as one of the more premier luxury apartment buildings in New York City. Besides offering luxury that few other apartment buildings offer, it is also filled with rich history. Legendary architect Emery Roth built the San Remo and he carried an extensive portfolio that includes more than 80 other buildings in New York. What made the San Remo unique was the incorporation of the twin tower concept, the first building to have this feature. The twin towers each hold ten floors, atop the lower seventeen floors, and this layout provided more access to air and light for tenants. Some of the notable residents of the San Remo Apartments have included: Steven Spielberg, Rita Hayworth, Zero Mostel, Steve Martin, Mary Tyler Moore, and many more. Due to its prime location on the Upper West Side and its luxury offered, the San Remo is one of the more sought after apartment buildings in New York. Through all of the decades of changes in the "city that never sleeps" and after some extensive renovations, the San Remo has remained true to its original unique design given by Roth. 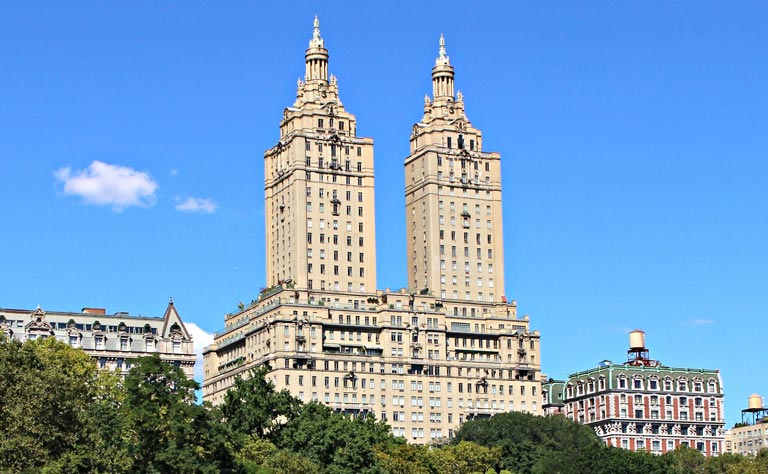 View of The San Remo Apartments from Central Park, 1932 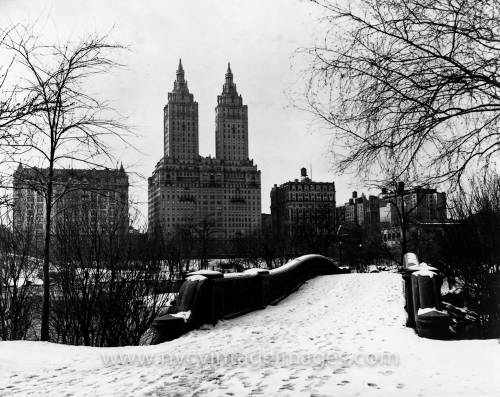 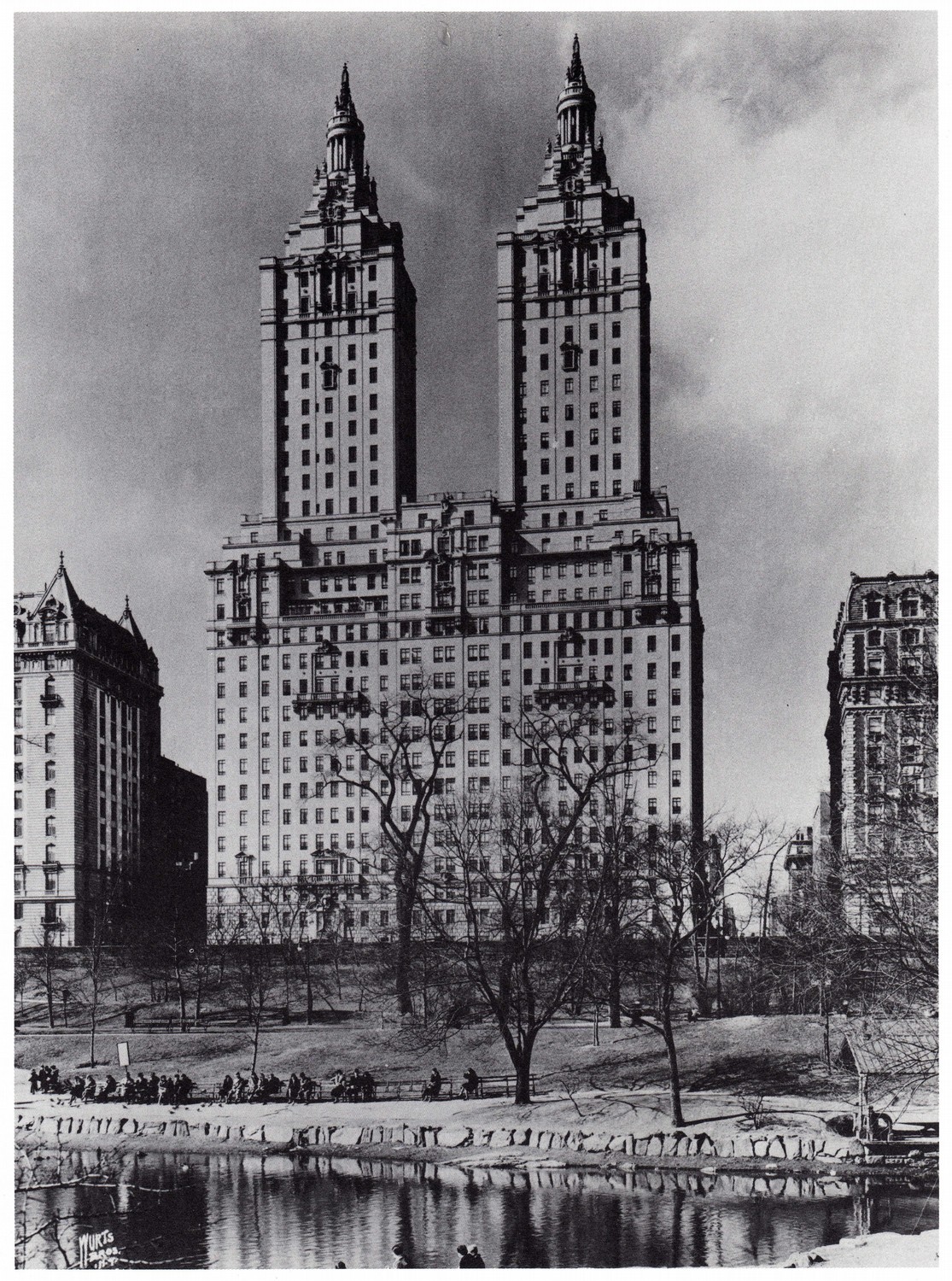 The San Remo is located on the Upper West Side of New York along Central Park West and has been home to famous artists and entertainers for nearly a century. Architect Emery Roth, founder of Emery Roth and Sons, famously designed more than 80 buildings in the Big Apple. Construction on the San Remo began in 1929, just before the market crashed and after New York enacted the Multiple Dwellings Act, allowing for residential buildings to be built with more stories permitting there were also larger yards added. It opened in 1930, at the beginning of the Depression, which left many of the apartments empty and forced the apartment building to file for bankruptcy. To make matters worse, the bank that held the San Remo's mortgage also went out of business and the building was sold over the existing mortgage for a remarkably low price. In an effort to rent out more apartments, many of the two-story apartments were subdivided, adding twenty more units to the building, to make them more affordable.

The building itself is a U-shape that covers the entire block of Central Park West between 74th and 75th Streets. Roth designed the building where it set 70 feet away from the street on all sides. From Central Park, the twin towers, each one being ten floors on top of the bottom seventeen, are apparent but are not symmetrical. The twin towers were originally added to only cover water towers, but they eventually became so reflective of Roth's unique style they soon were his signature. Roth was inspired by Greek architecture and mimicked the style by adding two circular "temples" at the top of each tower and they were featured in the original Ghostbusters movie. The building is a light brick that is over a base of limestone. Italian-Renaissance style is also reflected in the stone, terracotta, and metal detail.

A majority of the apartments have had few owners, therefore, much of the original Art Deco designs in the bathrooms have been untouched and kitchen features remain. Since its opening in 1930, many notable names have resided in the San Remo. Steve Jobs purchased an apartment that covered the top two floors of one of the towers, renovated it, and then sold it to Bono. Other famous names who have lived there include Steven Spielberg, Demi Moore, Dustin Hoffman, Zero Mostel, Rita Hayworth, Steve Martin, and Barry Manilow. The proximity to Central Park and such places as the Museum of Natural History and the New York Historical Society only adds to the appeal of the San Remo and continues to make it one of the most sought after apartment buildings in New York.

This tour is a work in progress, and more entries will be added soon.