Located in Aldie, Virginia, Oak Hill Estate served as the long-time home of the fifth president of the United States, James Monroe. Monroe inherited the 2,000 acre plantation in 1808 and began construction on the Oak Hill that stands today in 1820 while he was still president, with Thomas Jefferson drawing the interior plans for Oak Hill. First, Monroe divided his time between Oak Hill and his other home on the University of Virginia campus, but from 1827 to 1830, he and Elizabeth Monroe lived at Oak Hill full time. Elizabeth Monroe died at Oak Hill in 1830 and a despondent James moved to New York to live with his daughter, where he died the following year. Although Oak Hill is a National Historic Landmark, it is a privately owned home and not open to the public. 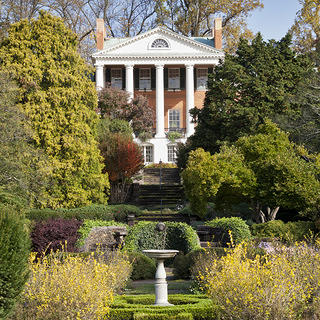 The Front of the Estate 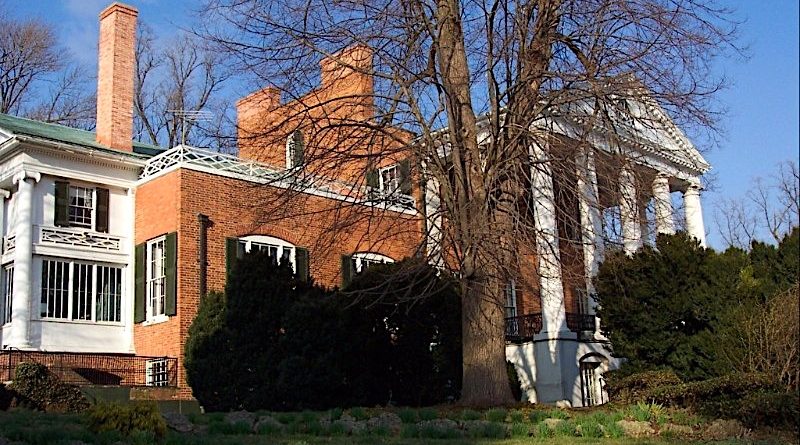 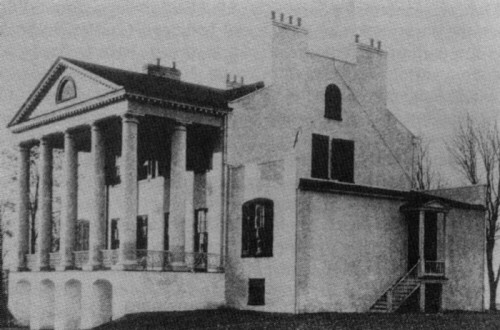 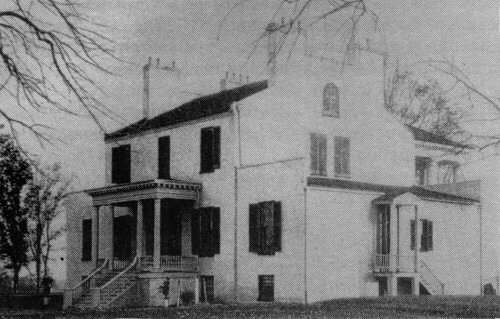 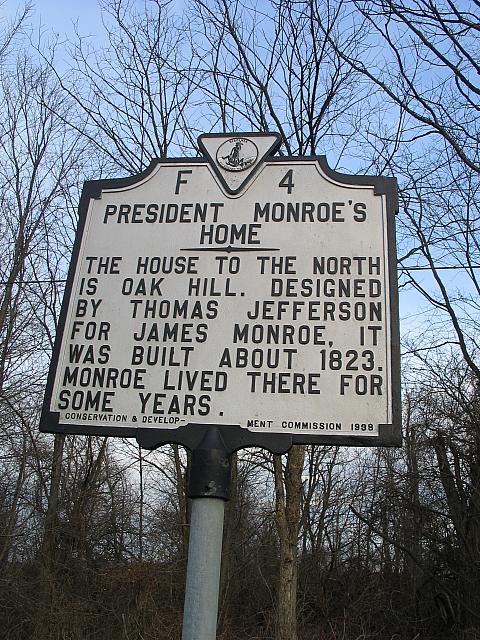 One of the Drawing Rooms in Oak Hill 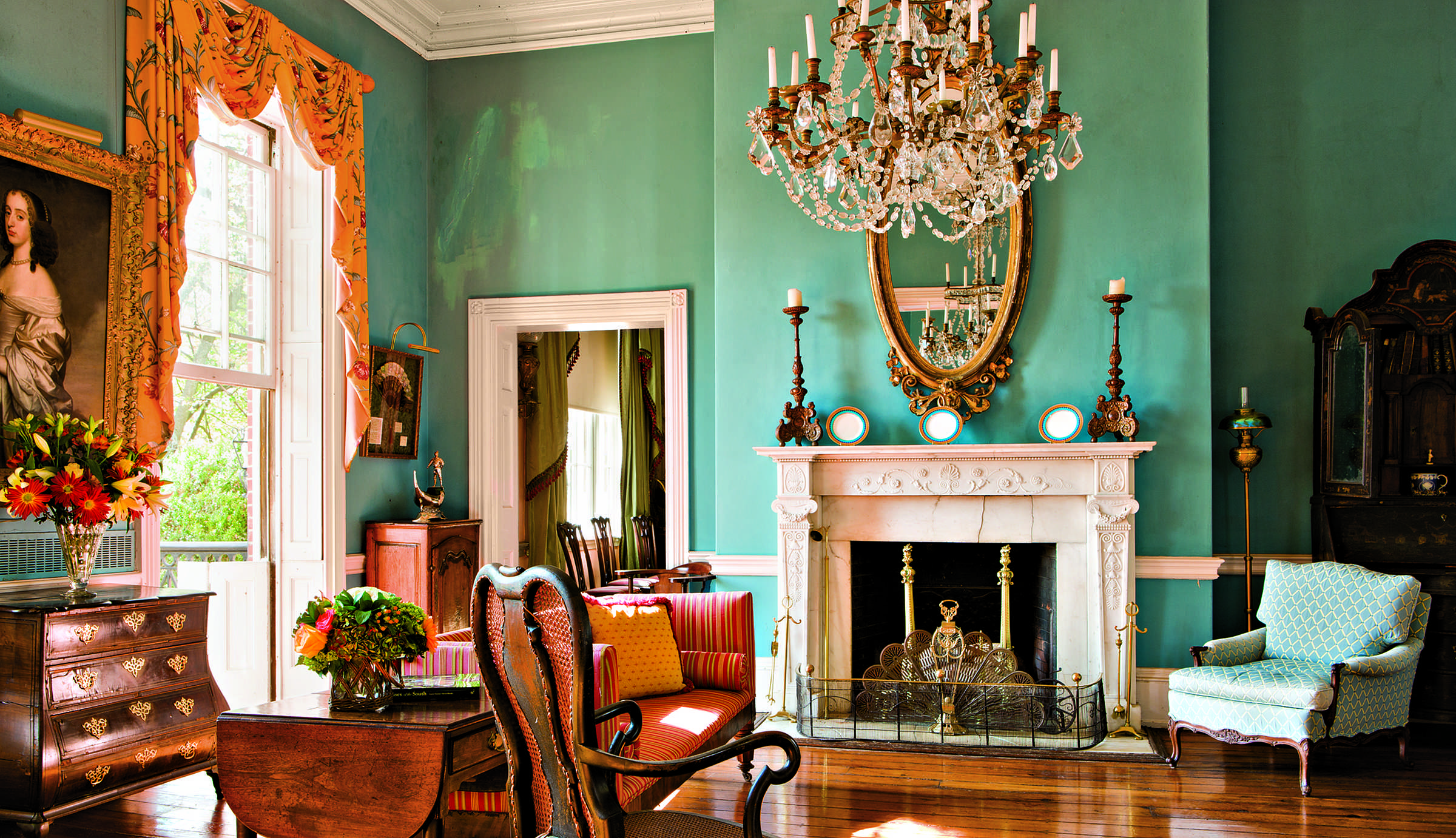 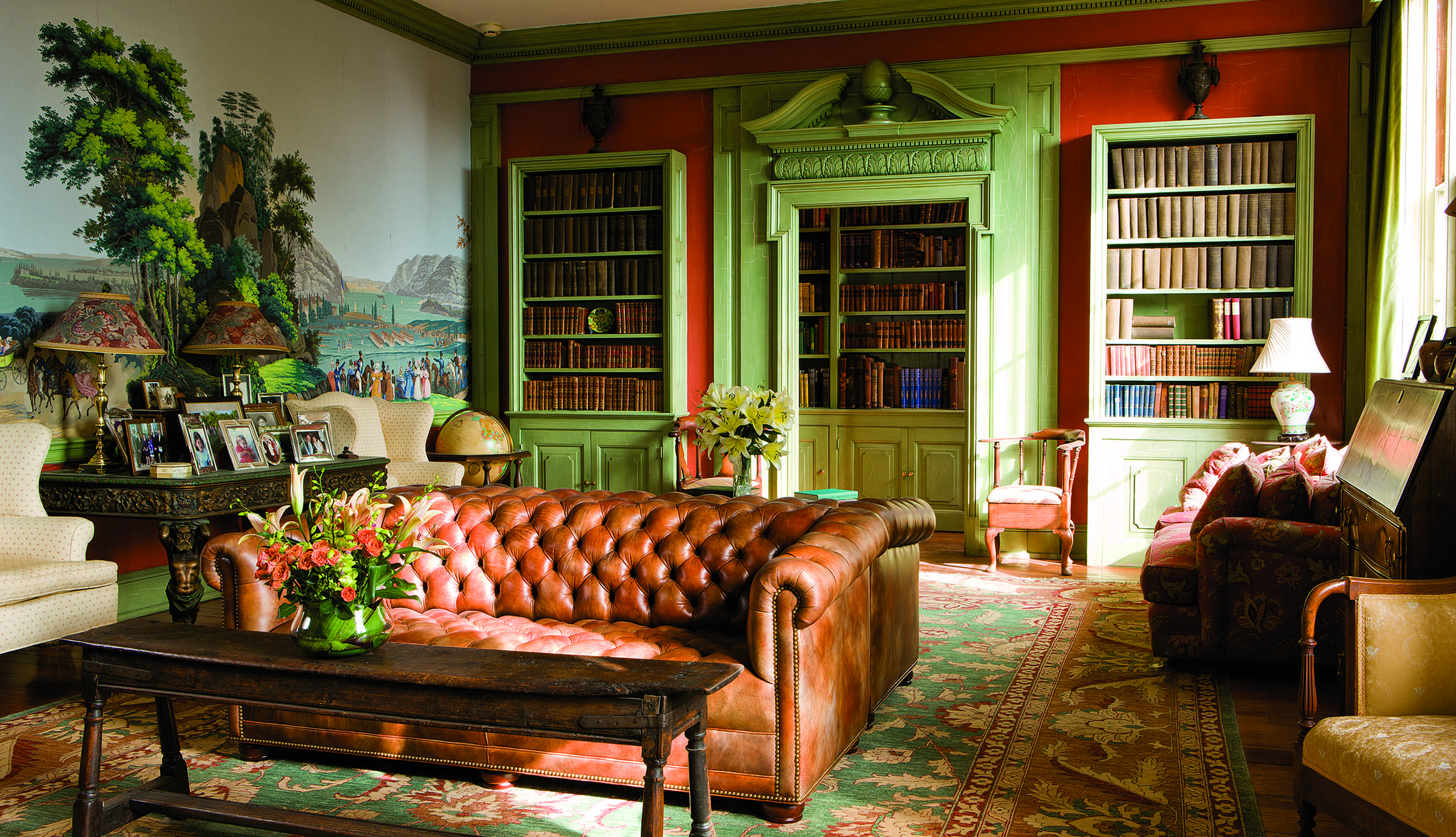 James Monroe purchased the land that he would build Oak Hill Estate on in 1794 along with his uncle, Judge Joseph Jones. Jones built a small, timber-frame house on the property and lived there until his death in 1808, when James Monroe and his wife Elizabeth inherited the home and 2,000 acres. After the War of 1812 ended and James Monroe was elected president, the Monroes decided to build a more stately, elaborate home, one that was fitting for a president and first lady. Although Aldie is located some 40 miles from Washington and was a day's carriage ride away in the 1820s, Monroe chose designers and architects working in D.C., James Hoban and Benjamin Latrobe, to construct Oak Hill. One of Monroe's closest friends, Thomas Jefferson, is said to have designed the interior of Oak Hill. This would explain the neoclassical design that is always seen at Jefferson's Monticello as well as at the University of Virginia.

The facade features a simple portico, a Jeffersonian feature, and there are no grand staircases, something Jefferson would famously avoid including. The South Portico sits on a high foundation that looks out to the Bull Run Mountains and oversees lush gardens. Inside, there are two mantels that the Marquis de Lafayette sent to Monroe from overseas. Oak Hill was completed in 1823 and it was that year that Monroe completed what would become known as the Monroe Doctrine in the library of the estate. The Monroe Doctrine had three key elements: Europe will cease colonizing in the new world, the U.S. would refrain from interfering in Europe's affairs, and European nations would not intervene in governmental affairs in the western hemisphere. During her husband's presidency, Elizabeth was in poor health and was unable to fulfill the normal duties that go with being first lady, so Oak Hill became her place of refuge. After leaving office in 1825, James Monroe joined his wife at Oak Hill and enjoyed a simple, quiet life and wrote his autobiography. In 1830, Elizabeth Monroe died at Oak Hill and was buried in the garden there. Her husband moved to New York to live with his daughter and died there in 1831.

Monroe's two daughters sold Oak Hill after their father's death and the now 1,200 acre plantation remains in private hands. The interior and the exterior of the home have remained well-preserved, even after a number of different families have owned the estate. In addition to the main house with the Roman Doric portico, the original smokehouse, springhouse, as well as other outbuildings built during Monroe's time still stand. Although Oak Hill is not open to visitors as other presidential homes are, there is no denying the critical role this estate in Loudoun County played in world history, when the last president of the Revolutionary War generation sat down in his library and created the Monroe Doctrine.

University of Illinois at Urbana-Champaign

University of Illinois at Urbana-Champaign