The Little White House was the second home built by New York Governor and future President Franklin D. Roosevelt in the quaint town of Warm Springs. FDR first came to Warm Springs in 1924 hoping to find a cure for the infantile paralysis (polio) that had paralyzed him from the waist down in 1921. Swimming in the 78-degree, buoyant spring waters brought Roosevelt no miracle cure, but it did bring improvement to his muscles. FDR was elected president in 1932, the same year this house was completed. Roosevelt kept the house during his four terms in office and used this as both a personal and a presidential retreat. It was at the Little White House that FDR died on April 12, 1945. Since 1948 the home has served as a state historic site and museum dedicated to the life of Roosevelt and his life in Georgia. 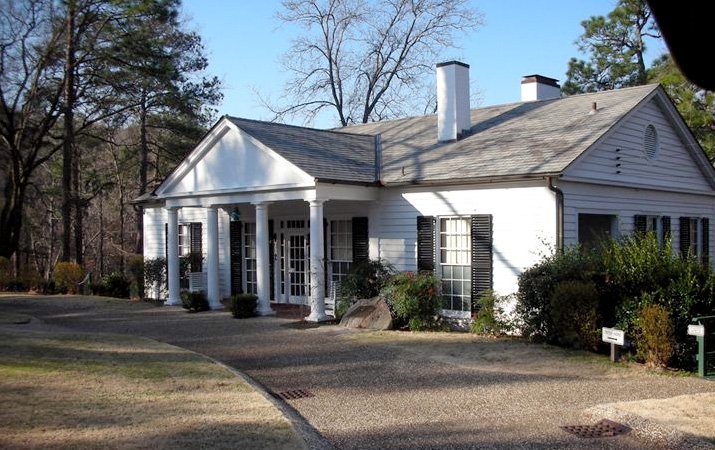 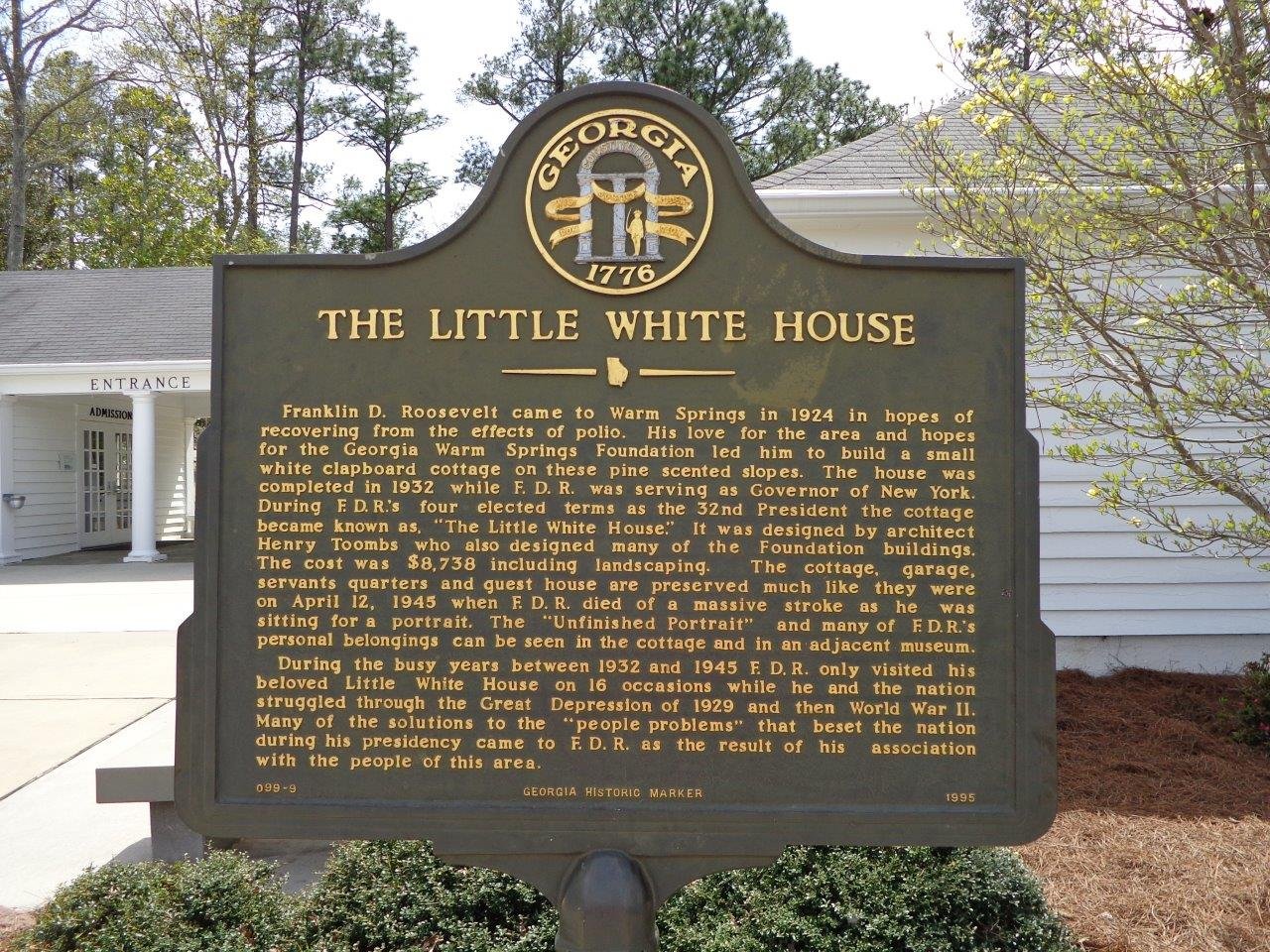 The front of the Little White House 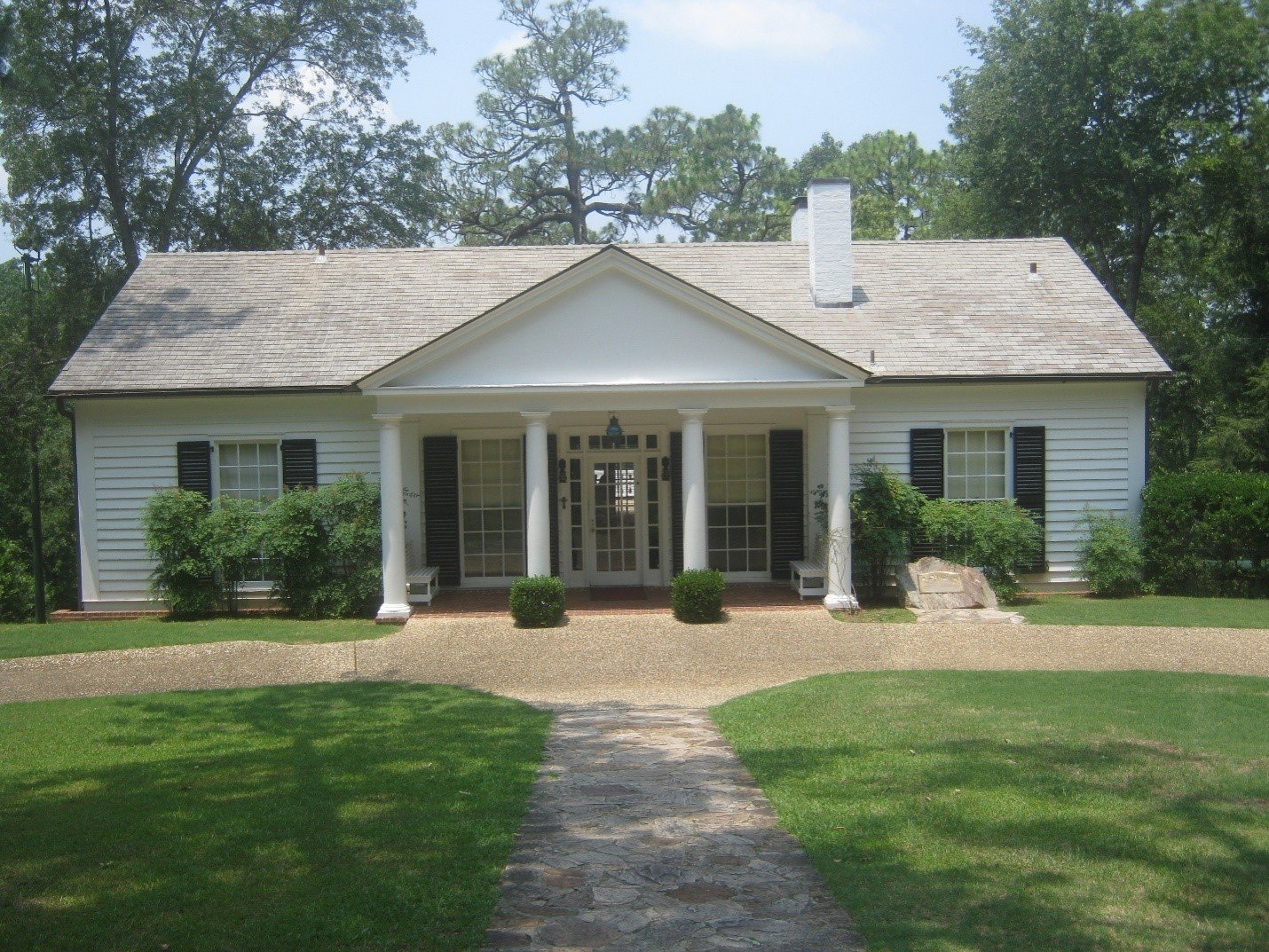 Governor Franklin D. Roosevelt and his daughter Anna in the living room of his newly-built home, the Little White House 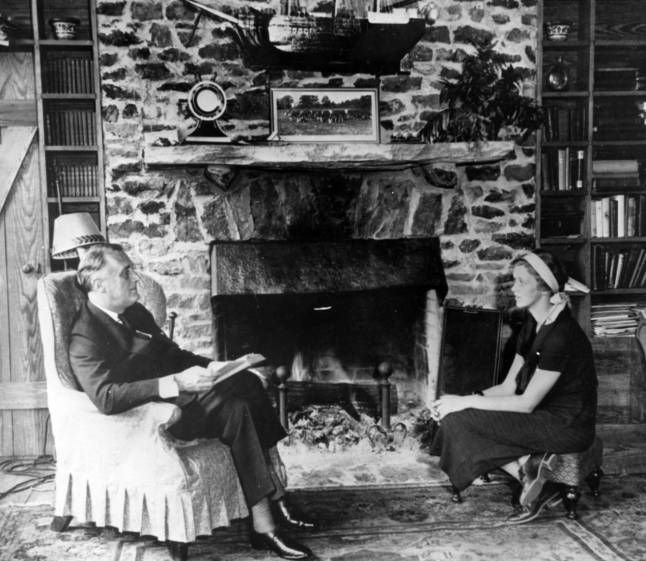 Eleanor Roosevelt, FDR, their son Elliott, and his wife Elizabeth "Betty" on the porch of the Little White House in 1932 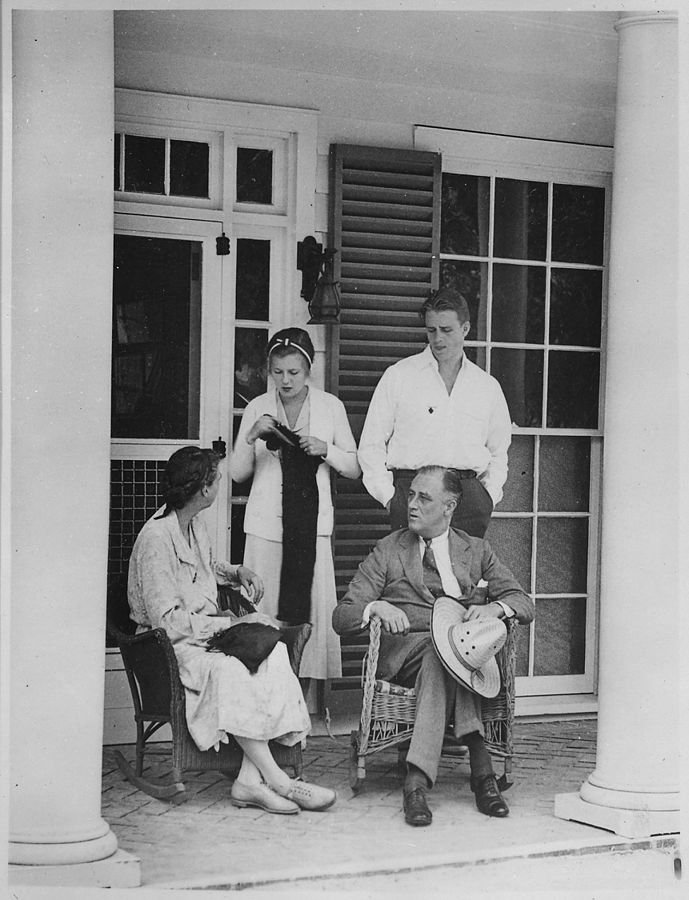 FDR's bedroom in the Little White House, where he died after suffering a cerebral hemorrhage in 1945 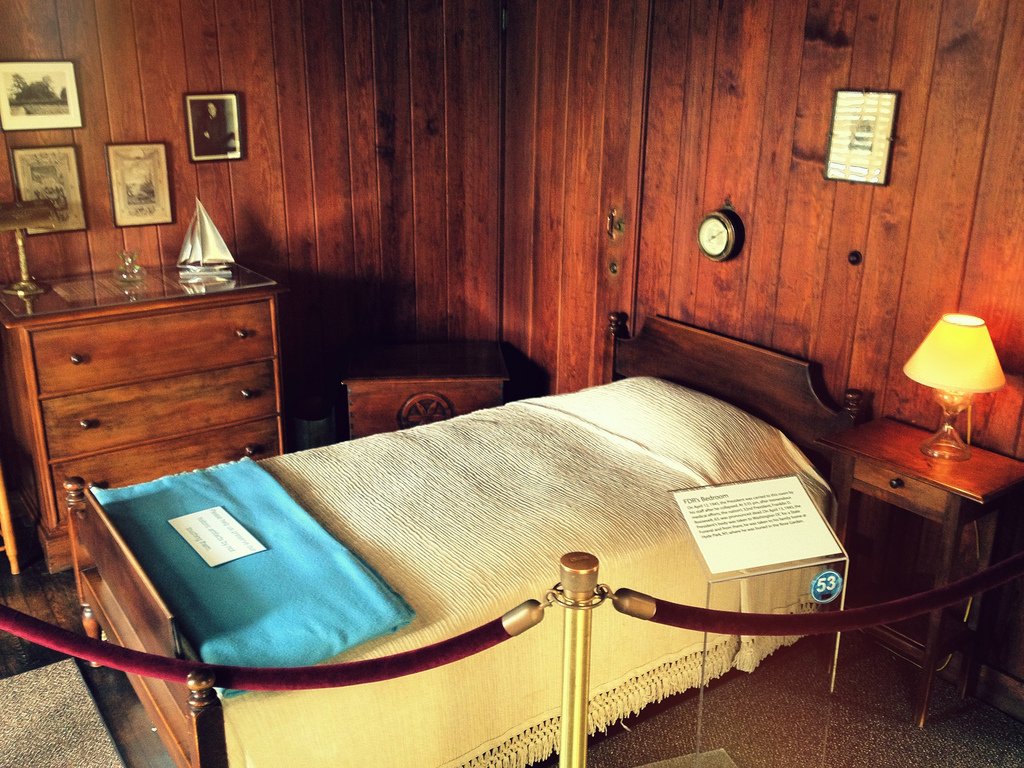 One of the final photographs of FDR taken by Madame Elizabeth Shoumatoff's photographer, Nicholas Robbins, on April 11, 1945 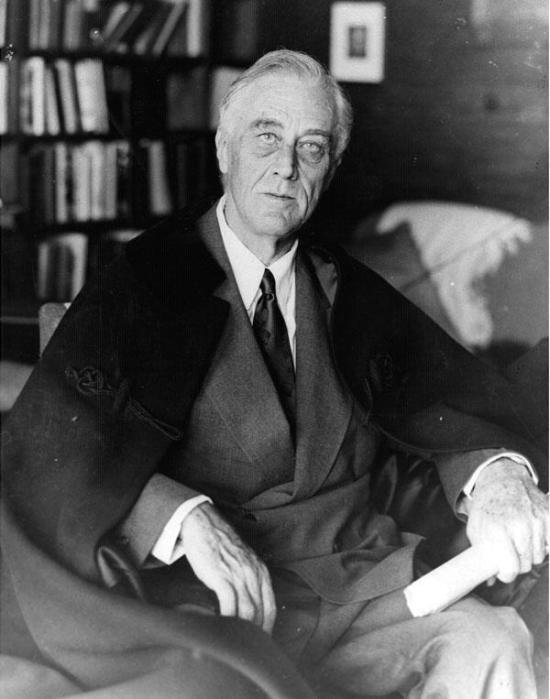 Franklin D. Roosevelt first set foot in Warm Springs, Georgia in October 1924. It was three years after he had been stricken with polio at the age of 39 and he had heard about the natural spring waters of the area containing healing powers for paraplegics. From 1924 until his death in 1945, FDR believed that the waters did in fact help his muscles, but it was the town and the people that captured FDR's heart and mind.

In 1932, shortly before he was elected president and while he was Governor of New York, FDR built the simple cottage known as the "Little White House." Throughout his presidency, FDR would return to the Little White House and Warm Springs to escape the rigors of Washington. Many New Deal programs were conceived in Warm Springs as FDR was witness to the plight of the farmers and the poverty that had devastated the South. Because of the New Deal, new schools were built in the region, electrical power was established, roads were paved, and many other innovations were installed.

FDR also loved to retreat to the nearby Dowdell's Knob, with its beautiful overlook of Georgia. Here he would host picnics, grill hot dogs, and eventually contemplated the fate of the world during World War II. The war exhausted FDR and took a heavy toll on his health. On April 12, 1945, he was sitting for a portrait with Madame Elizabeth Shoumatoff and suddenly collapsed from a massive cerebral hemorrhage. He died less than two hours later in his bedroom at the Little White House.

Visitors are able to view the "Unfinished Portrait" in the museum at the Little White House, which also features his 1938 Ford convertible with hand controls, some of his Fireside Chats, gifts from the people of Warm Springs, and many other historical items. Before his death, famed journalist Walter Cronkite narrated a short video featuring historic footage of FDR swimming in the pools in Warm Springs and from his funeral in April 1945. In addition to the main house, visitors can also tour the servants' quarters and guest house, where visiting heads-of-state would often stay. As one of the most visited historic sites in the state of Georgia, the Little White House offers a unique glimpse into the life of the 32nd president, who grew-up on an aristocratic estate in New York, but who found inspiration and solace in this small Georgia town.

This driving tour includes three stops in Roosevelt's beloved Warm Springs where he owned two homes and made numerous visits during the 1920s and throughout his Presidency. The tour concludes at the state park that was constructed during the Great Depression and named in his honor.