The White Plains Rural Cemetery, organized on December 16, 1854, is a historical site in Westchester County notable for its varied and extravagant memorials. it is an early example of the expansive rural cemetery, which featured winding roads and elaborate landscaping, and included lager assertive monuments.

One of the children's graves at the White Plains Rural Cemetery 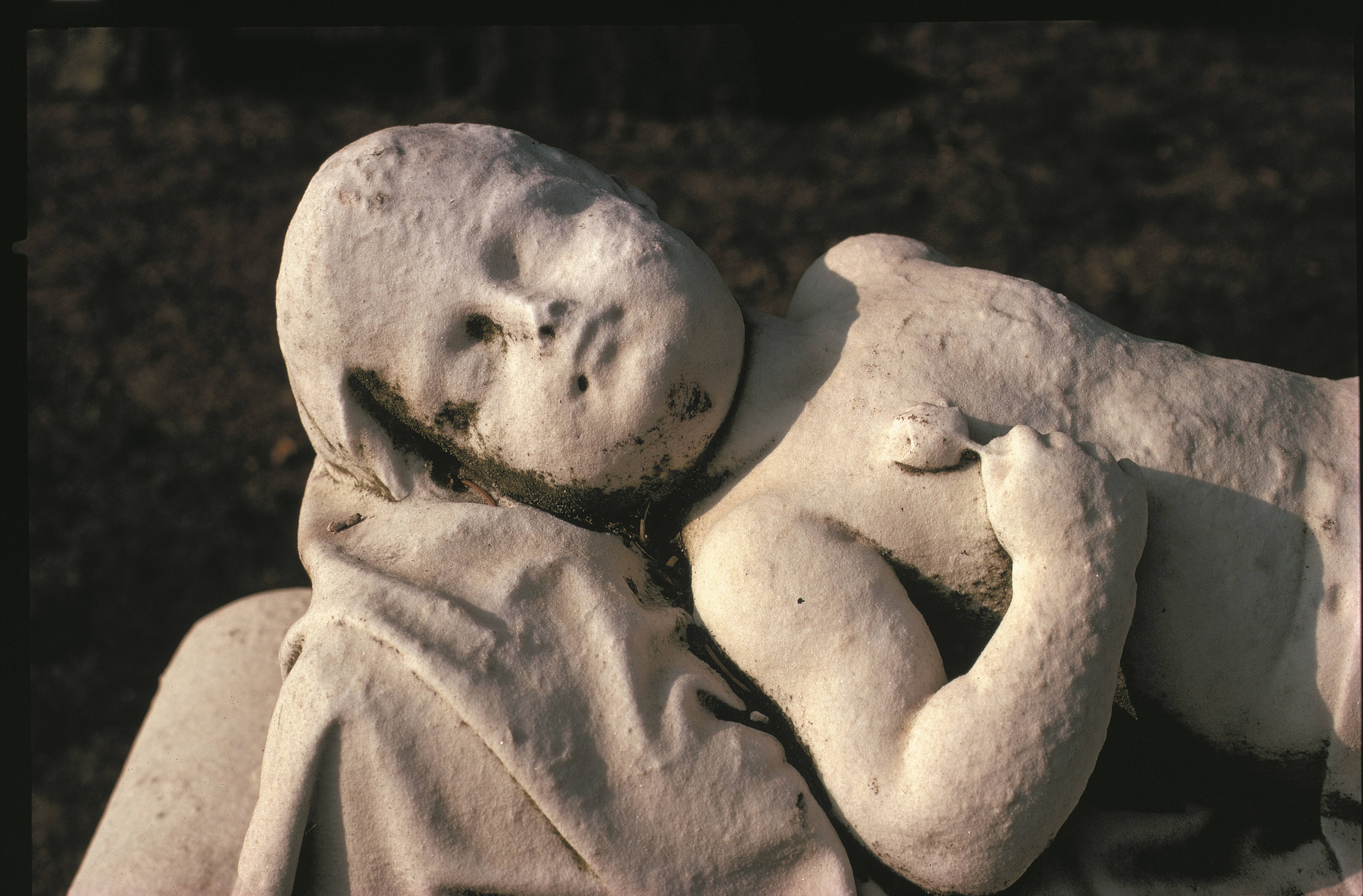 An image of the Nash Family Plot 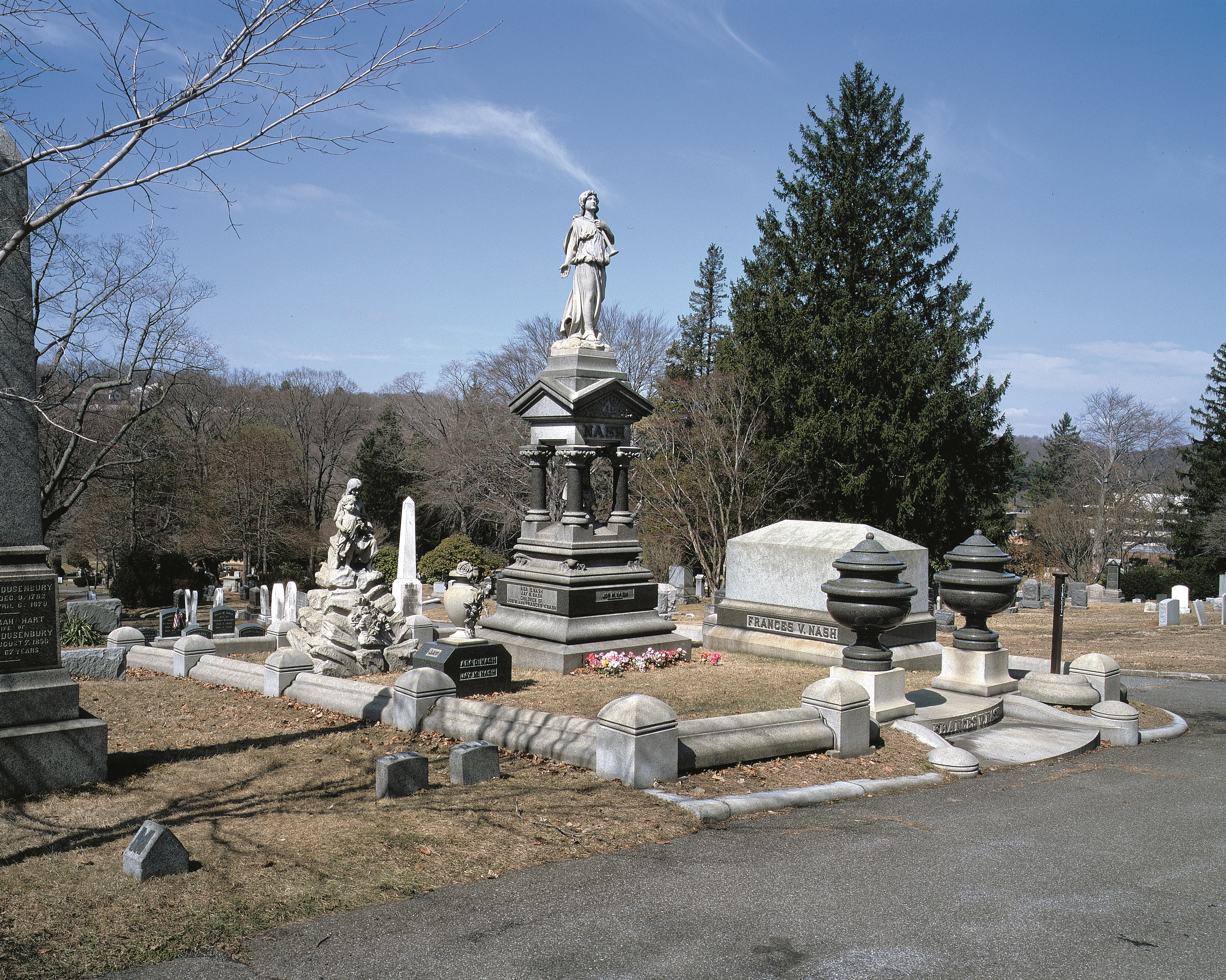 The White Plains Rural Cemetery, located on 167 North Broadway, is a historical site in Westchester County notable for its beautiful setting and the varied architecture of its monuments. The Cemetery, founded in 1854, is an example of the new secular burial parks which were not on the site of church yards, and featured winding roads, hilly landscapes and vistas. The design of many monuments located in the Cemetery became increasing flamboyant, and many prosperous families looking for a peaceful place to bury loved ones were attracted to the cemetery. (2)

One of the unique monuments at the White Plains Rural Cemetery memorializes Samuel J. Walton, who died on August 20, 1898 from disease or wounds from fighting in the Spanish-American War. The marker, which appears as the cut stump of a tree, includes an area where the bark appears to be shaved away which displays the engraved words “Love And Patriotism.” While most tree-stump stone monuments are made of limestone or marble, this is made of granite, a challenging material for sculptors to use to reproduce the fine detail of bark. (1)

Another distinct grave site with markers in granite at the White Plains Rural Cemetery is the Nash Family Plot. Family plots were a typical feature in cemeteries at this time, and this is the largest in this cemetery. The Nash Family Plot is outlined by a low wall and has polished urns at the entrance. Looking at the entry, you will see the name of Frances V. Nash the family member who ordered the whole granite ensemble, in raised letters on the steps. At the center of the plot is the tall monument which includes an angel statue and a portrait bust for Job M. Nash, a Cincinnati businessman who died in 1894. Buried at corners of the plot are two children named Ada and Jay. (1)

The unfortunate fact of child mortality rates in the 19th century is reflected in the large proportion of children’s graves at the White Plains Rural Cemetery and at other contemporary cemeteries. At the White Plains Rural Cemetery there are symbolic statues at children’s graves, including unopened flower buds on broken stems, cherubic angels and sleeping babies. (1)

Along with all the wealthy families that have loved ones buried at the White Plains Rural Cemetery there are also some famous names as well. One of these is Dr. Olivia Juliette Hooker (1915-2018), a well known psychologist and professor. (3) Another one is Ralph Waite (1928-2014), an actor known for playing John Walton in the TV series The Walton’s. Another burial of note is Carl “The Truth” Williams (1959-2013), who was one of the top ranked heavy weight boxers. (4)

White Plains Rural Cemetery was added to the National Register of Historic Places in 2003.

Picturing Our Past by Gray Williams

Picturing Our Past by Gray Williams

Westchester County in the Gilded Age