Dating back to the 1870s, the University of California Botanical Garden now includes thirty-four acres and features some of the most diverse landscapes in the world. The garden's first glass conservatory was completed in 1894 and modeled after the Crystal Palace in London. Today, the garden includes over 13,000 different plant species. While many of these plants are native to California and the United States, others are considered rare and endangered species from around the globe. The facility serves both as a public-facing center of education and an active part of the university's research programs.

Entrance to the UC Botanical Garden at Berkeley (present day) 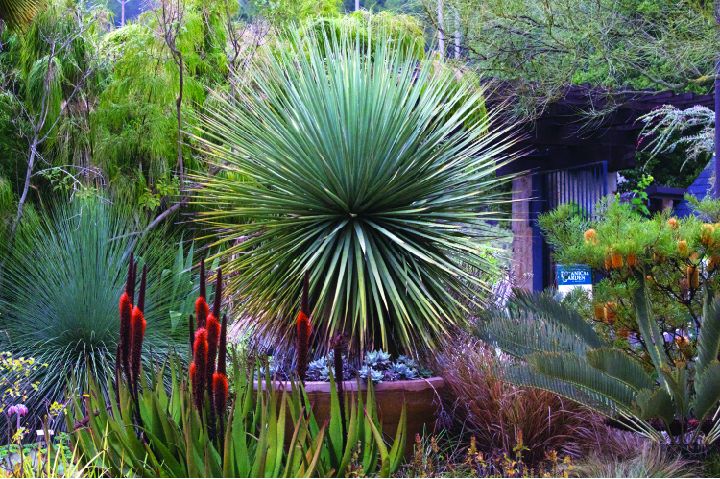 The glasshouse-style conservatory at the University of California Botanical Garden at Berkeley (1894), modeled after the Crystal Palace in London, England 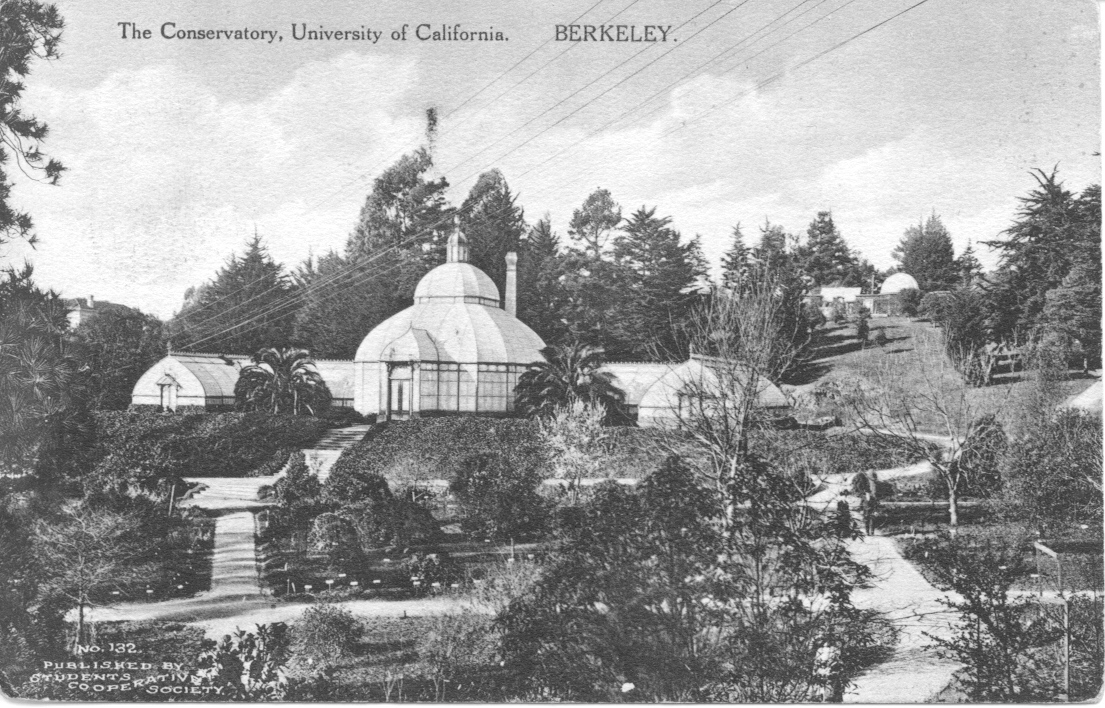 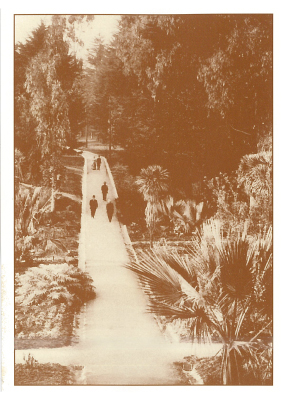 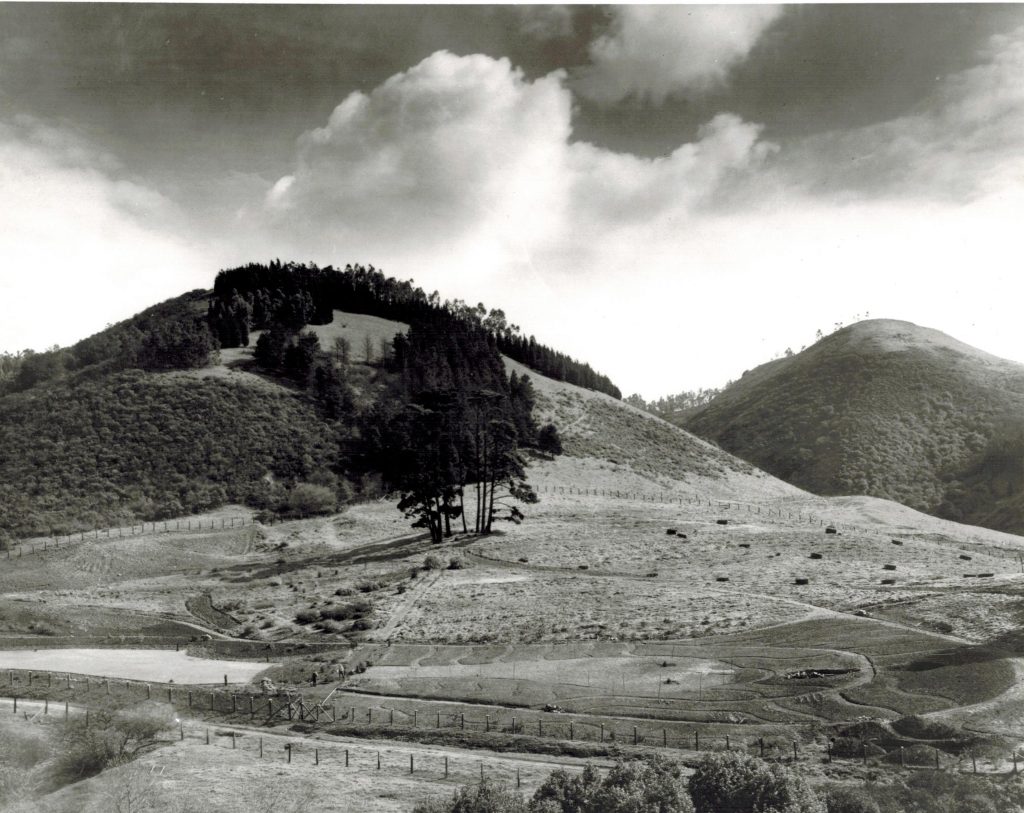 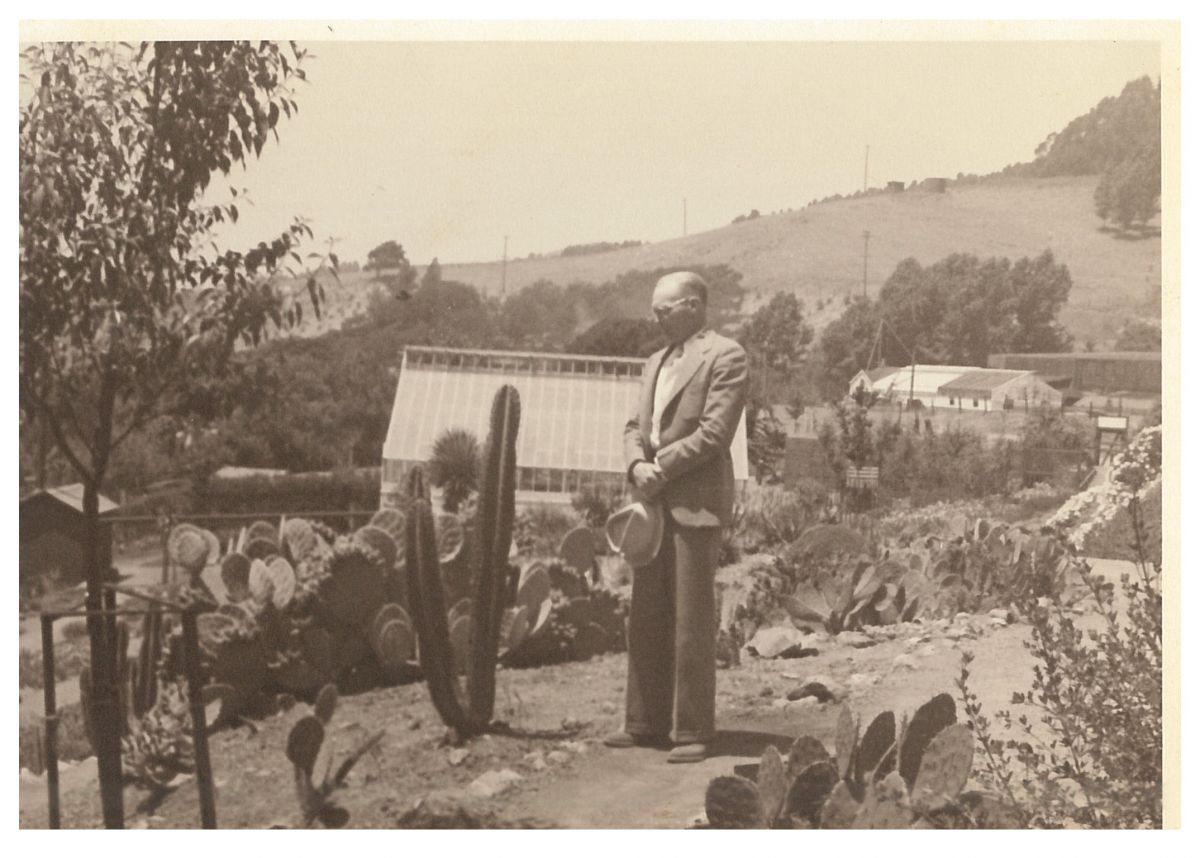 Curator, Thomas Goodspeed, was appointed Director of the UC Botanical Garden in 1934 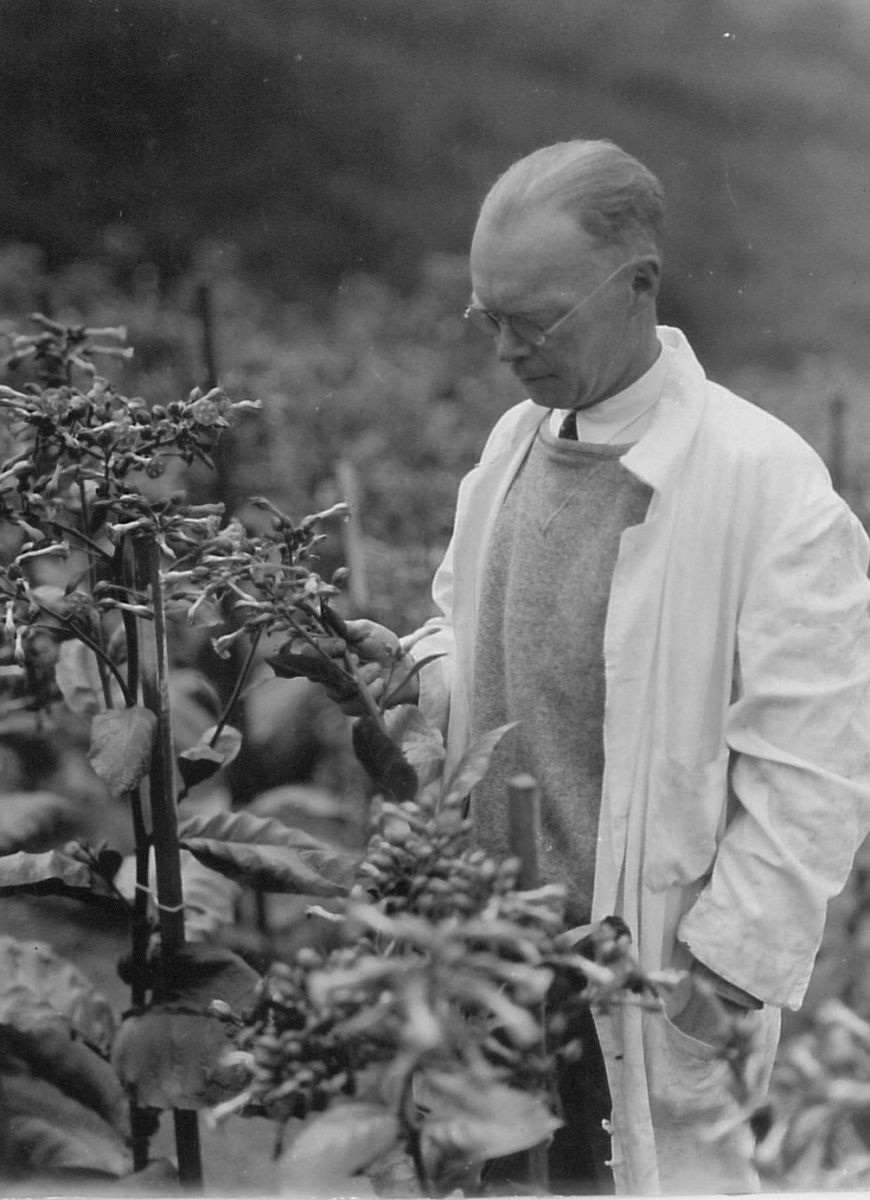 The origins of the garden date back to the 1870s when the effort to create a small botanical garden on the campus was spearheaded by Dr. Eugene W. Hilgard (1833-1916) the university's Dean of Agriculture. The garden was comprised of plants known for their practical and economic uses.

The botanical garden was formally established in 1890 by E.L. Greene. At that time, Greene was serving in an inaugural role as the university's first Chairman of the Department of Botany. Under his leadership, a far more extensive living plant collection was established along with an intentional method of education and public outreach. Native trees, shrubs, and herbaceous plants were gathered to reflect the indigenous plant life of California and the Pacific coast more broadly. In the first two years after the garden was officially founded, Greene and his team were able to assemble some six hundred different plant species to add to the university's living plant collections. Throughout the course of the following decades, the plant collections grew to a total of 13,000 species, representing a diversity of plant life from around the globe.

In 1894 the university built its first formal glasshouse-style conservatory. Made of glass and steel, it was modeled after the Crystal Palace in London, England and designed by Lord & Burnham at the cost of $16,000. The university's Dean of Agriculture, Dr. Eugene Hilgard, who has been hailed as "the father of soil science", advocated for the project and was closely involved in seeing it through. Hilgard personally traveled throughout Europe to survey similar conservatories in several of the great botanical gardens, while he collected ideas for the project. When the conservatory was finally completed, it housed towering palm trees and other tropical plants for display in the main exhibition space. In 1924, however, the conservatory was demolished as the campus was expanded to make way for additional parking and new buildings.

In 1928, the botanical garden was relocated to its current home in Strawberry Canyon, which encompassed 34 acres and was situated north of the main campus. This spot was considered to be an ideal location. The curator of the garden, Thomas Goodspeed, stated that:

“the eastward moving air draft from the Golden Gate … with consequent moderating influences on summer temperature and humidity, permit an association of plants, birds, and mammals not duplicated elsewhere in middle western California.”

Goodspeed planned the design of the new botanical garden in conjunction with J.W. Gregg, Professor of Landscape Design at the University. In particular, Goodspeed made the decision to group plants according to their native habitats. This type of site planning still remains a central tenet of the botanical garden's design philosophy. In 1932, a rock garden was established, featuring cacti and succulent plants. This later became known as the Deserts of the Americas collection. Under the care of the garden's curator, this garden included some plants that were native to California, along with other non-native species collected during an expedition to the Andes Mountains in South America in 1935.

In 1933, the Civilian Conservation Corps worked to improve the land in Strawberry Canyon, while creating roads and building check dams. The garden's curator, Thomas Goodspeed, was thereafter appointed to the position of Director in 1934, a post that he held until 1957. During his tenure, he expanded the garden to include a Rhododendron Dell, a New World Desert, and a California Redwood Grove. Along with these additions, Goodspeed also added a Chinese Dawn Redwood collection, following a plant collecting expedition in China. Throughout his career, Goodspeed also undertook six expeditions to the Andes Mountains in South America to add to the botanical garden's living collections. In addition, Goodspeed added new living plant specimens acquired during an expedition to Africa, and he also oversaw the addition of water plants following the creation of a new Japanese water garden and reflecting pool.

In the 1980s, another wave of expansion began with the creation of a Chinese Medicinal Herb Garden. In 1989, the botanical garden came under the management of the University's College of Natural Resources. In 2005, a new entrance gate and plaza were completed, and the garden moved to a diversified model of funding. Previously state-funded, the non-profit garden now receives half of its funding from the state, in addition to grants and private donations.

In 2015, the botanical garden celebrated its 125th Anniversary with the renovation of its Redwoods Amphitheater. This unique space and other places within the botanical garden frequently feature public programs, concerts, lectures, and events. Many of these programs and events are accessible for all ages. There is a general daily admission fee, but this is waived on the first Wednesday of the month, and children under age six are admitted daily free of charge. In the 21st century, this non-profit botanical garden also continues to serve as a major research center, as well as a hub for public education, in accordance with the mission of the University of California at Berkeley.

9 AM - 5 PM Daily (Except Tuesday) Closed on Tuesdays. Note that there is a fee for admission.