THERE ARE MANY structures and monuments throughout Ontario connected to the province’s Black community, whose history extends back into the early 19th Century. Although London had a relatively small Black community until the 1980s, there are several historic sites and monuments from the pre-Civil War era, when Canada was a safe haven for thousands of escaped slaves. There are, as well, many resources in London for Black History studies, some of which are listed.

Blacks in Canada Before the Civil War

By 1860, more than 200,000 Blacks could be found in Canada West (Upper Canada prior to 1841), most of whom had left the United States in order to escape either slavery or the restrictive life free Blacks were forced to lead even in the northern states in the years before the Civil War. While the free Blacks could emigrate on their own, most of the escaped slaves, known as ‘fugitives,’ arrived in Canada via the Underground Railroad which developed in the 1820s and 1830s. The Underground Railroad was a network of escape routes and sanctuaries manned by abolitionists, Quakers and former slaves, who provided food, lodging, directions and transportation. In some cases, fugitive slaves traveled as much as 1000 miles with little more than a compass and a loaf of bread.

In strictly legal terms, Canada West was a haven for Blacks, slaves and free. Although slavery was practiced within the province in the 17th and 18th centuries, the number of slaves remained small and a direct trade from Africa to Canada was never established. The Upper Canadian Act Against Slavery (1793) prohibited the importation of slaves into the province and by 1834, slavery itself was declared illegal throughout the British Empire. However, prejudice and racist attitudes persisted. The black population, including former slaves and free people of colour, dramatically increased following the United States Congress’ passing of the Fugitive Slave Act of 1850. The Act also required state and local authorities to assist in the return of escaped slaves.

While the Black population of Canada West greatly increased after 1850, there were already several Black settlements in southwestern Ontario, some of which had been specifically established to provide a home for escaped slaves. While many were short-lived, during the time they flourished, Black settlements were proof that former slaves could build successful lives for themselves, refuting claims to the contrary.

Erected in 1851 on land donated by the Crown, the Sandwich First Baptist Church (a National Historic Site) represents the once numerous Black border-town churches which were built to serve the rapidly increasing numbers of Underground Railroad settlers. This church received, sheltered, and assisted many of these new arrivals. All members were required to aid in its construction by giving donations or making bricks. It replaced a log cabin on Hill Street in Olde Sandwich Towne whose use as a Black church dated back to the early 1820s. 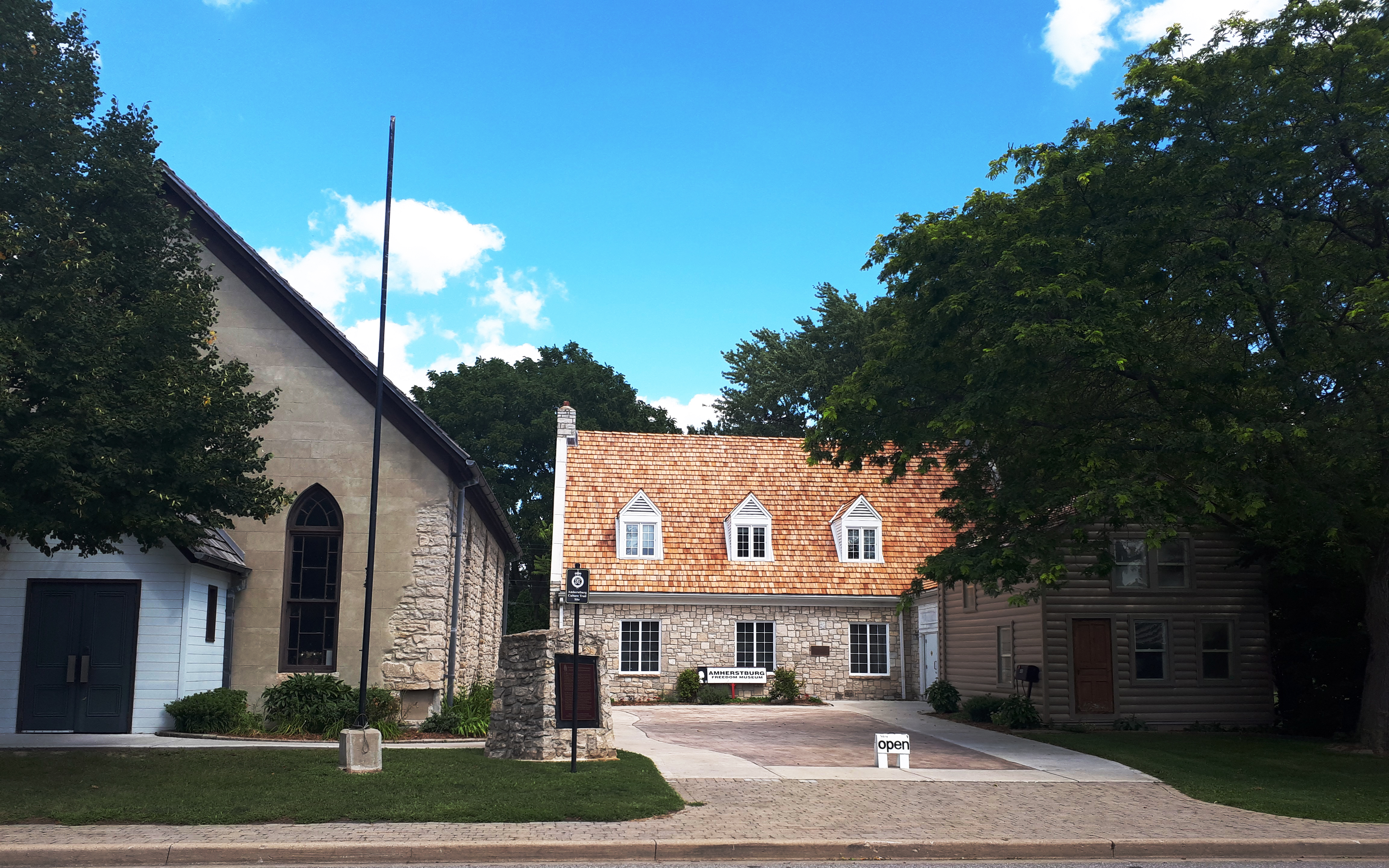 The Amherstburg Freedom Museum offers exhibits and archives that preserve and share Amherstburg’s connection to the Underground Railroad. The site includes Nazrey AME Church, National Historic Site and a terminus of the Underground Railroad, and the Taylor Log Cabin from the same period that looks like the occupants just stepped out for a moment. It is entirely appropriate, and even necessary, that the Museum was established in Amherstburg. Amherstburg meant freedom, as the Canadian destination for many freedom seekers escaping enslavement in the United States. The Museum is uniquely situated to resource a profound history, steeped in its surroundings, to further extend public knowledge and enjoyment.

This tour will demonstrate the various locations fugitive slaves made names for themselves and became successful in different ways after their emancipation or escape.

This interactive tour allows you to explore the prominent African-Canadian history in various parts of Southwestern Ontario.