The John B. Mahaffey Museum Complex is located in Fort Leonard Wood, Missouri, and features five separate areas: the US Army Engineer Museum, the US Army Military Police Corps Museum, the US Army Chemical Corps Museum, the Fort Leonard Wood WWII Complex, and the Military Vehicle Complex. Tours of the complex are self-guided and at no cost to visitors. All five of the sections contain artifacts from the earliest days of the US Army to the present day, thus showing the development of the Army’s capabilities and the importance of each command area. Although the Fort Leonard Wood specific sections of the museum have been in place for over 30 years, the Engineer museum moved from Fort Belvoir in 1990 and the Chemical and Military Police museums moved from Fort McCellan in 1999.

Entrance to the John B. Mahaffey Museum Complex 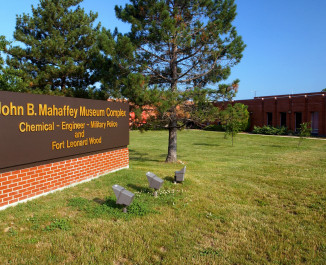 Display of historic gas masks in the Chemical Corps museum 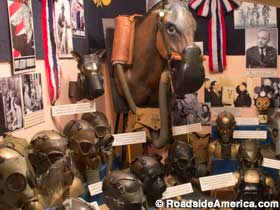 Diorama of an MP directing traffic across Remagen Bridge during WWII 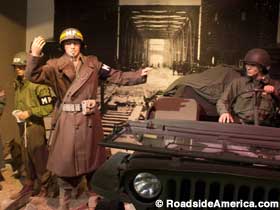 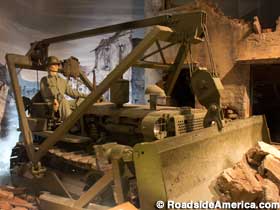 Display of a survey Engineer 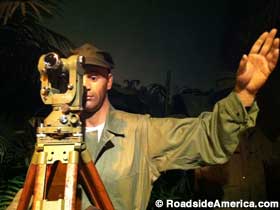 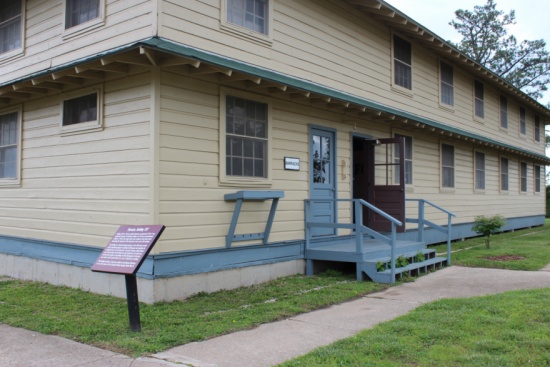 An engineering vehicle used for earthwork in combat environments 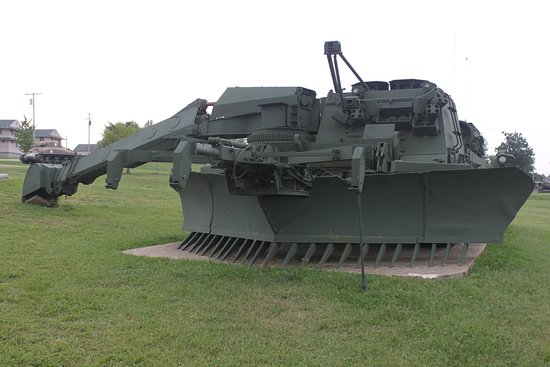 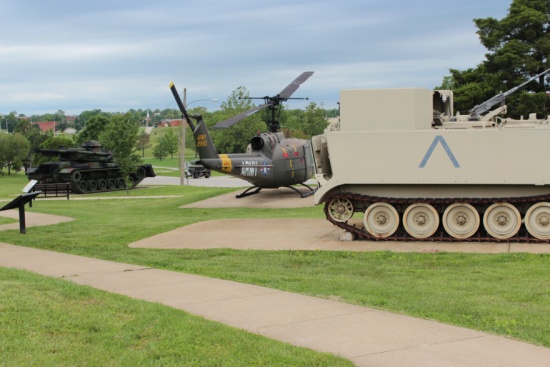 Fort Leonard Wood is home to three major US Army Commands – Military Police, Engineering, and the Chemical Corps. These commands and their history are preserved in their own section of the John B. Mahaffey Museum Complex, all housed in the same building. Approximately 100,000 people visit the museum complex each year, and the collection of artifacts is constantly expanding and improving. Visiting the museum is free to the public, but it is on post, so a valid ID and consent to a vehicle search will be required in order to visit.

The Army Engineer’s Museum has many exhibits that show the capabilities of engineers in the past up to the present. Each of these exhibits also play a part in showing the role of engineers in maneuver support for the frontline soldiers. The role of Army Engineers includes tasks such as building barracks, clearing landmines, constructing permanent or temporary bridges, and general route assurance. This is all reflected in exhibits that show the development of Army engineering equipment, landmine warfare, bridging in combat environments, and topographic engineering and surveying.

The Military Police (MP) Museum also plays a key role in explaining just what MPs do in the Army. Not only do they do the simple tasks of directing traffic and checking ID cards at the gate, but they also control checkpoints in mission critical locations, such as Checkpoint Charlie in Berlin during the Cold War, and escort VIPs who travel overseas. The mission of the MP museum is “to collect and preserve the material history of US Army MPs from 1775 to the present.” (US Army Military Police Corps Regimental Museum) They also aim to promote the heritage and traditions through educational programs, training support for soldiers, and their public exhibits. The exhibits are generally uniforms, accessories, and equipment related to MP units, Provost Guard units, and the US Army Criminal Investigation Command.

The Chemical Corps Museum covers the role of the Chemical Corps in the production and use of chemical weapons. There is also a new exhibit that helps explain how remaining stockpiles are being securely stored and destroyed. The chemical section of the complex hosts an extensive collection of gas masks and chemical suits and shows the evolution of chemical protection throughout the history of the US Army Chemical Corps. The importance of Chemical, Biological, Radiological, and Nuclear (CBRN) defense is depicted by the maps, pictures, and dioramas showing the effects of chemical weaponry on soldiers during WWI. They even feature a display of a Doomsday Truck that was designed to protect any surviving people from anything toxic that might remain in the air after a CBRN attack. These are all just pieces of the massive repository of artifacts that this museum holds in order to boost the educational value of a visit to the museum.

One unique project of the museum complex is the restoration of a World War II company area. This area features six WWII era buildings that are accurately restored to show a soldiers life during the 1940’s with period correct barracks, company headquarters, officer quarters, a supply building, and a dining facility. Most of the buildings are open to the public to enter and explore freely.

Surrounded by the WWII buildings, the final section of the museum complex is the outdoor display of military vehicles. This includes displays of tanks, armored vehicles, combat bulldozers and steam shovels, artillery pieces, tracked combat engineer vehicles, multiple rocket launchers, a Vietnam era river boat, a Huey, and MP vehicles. Every vehicle included in the Military Vehicle Park has been fully restored to period correct colors and markings and are well cared for to maintain peak condition.