This building was constructed in 1882 to serve as Eureka's U.S. Post Office. Frederick Axe, who was the postmaster at this location, had the building constructed at his own expense. It replaced an older post office which was in a smaller storefront on Second Street. The upstairs floor served as a meeting hall for civic clubs and lodge meetings. The property was later purchased by a sign-maker and nationally-renowned magician, "Sign" Smith. Thereafter, it became known as the Sign Smith Building. 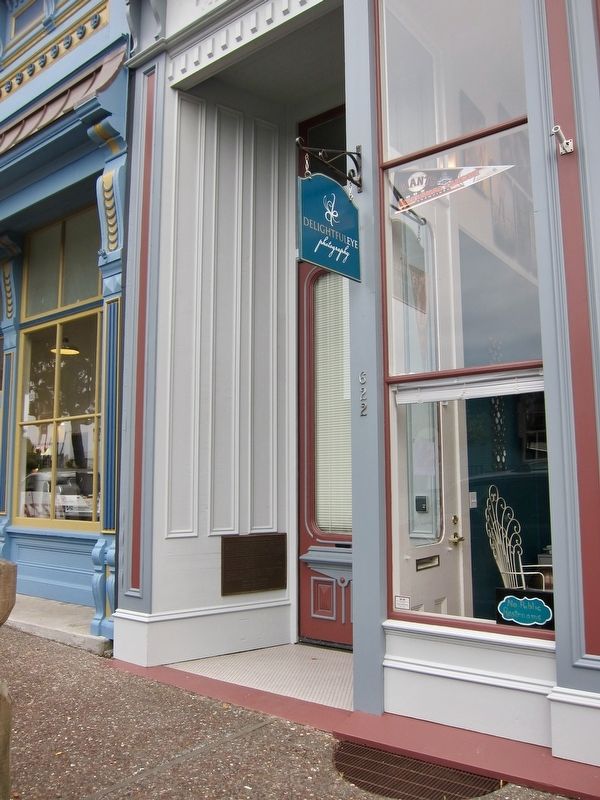 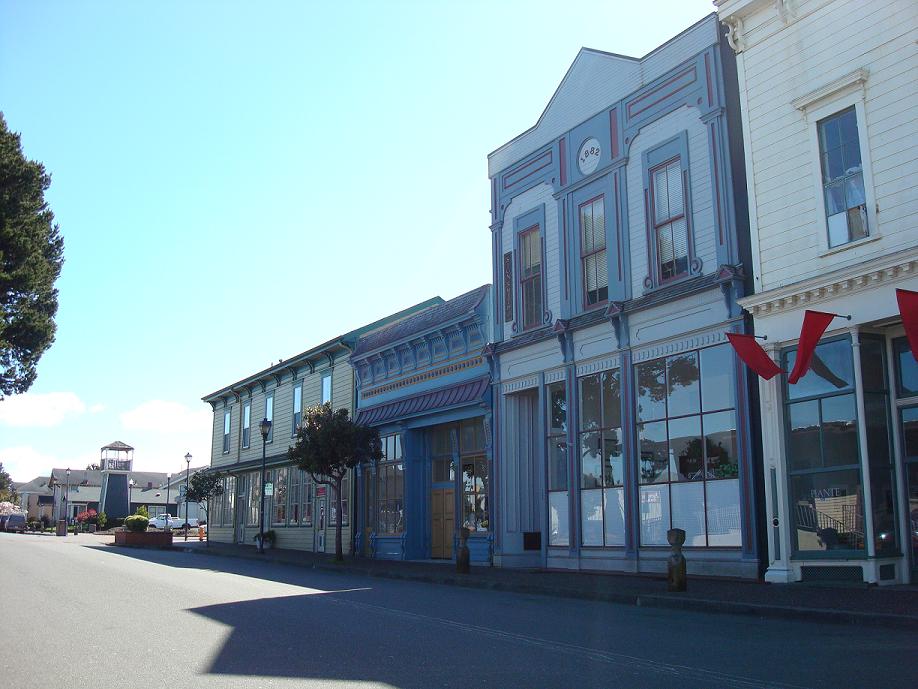 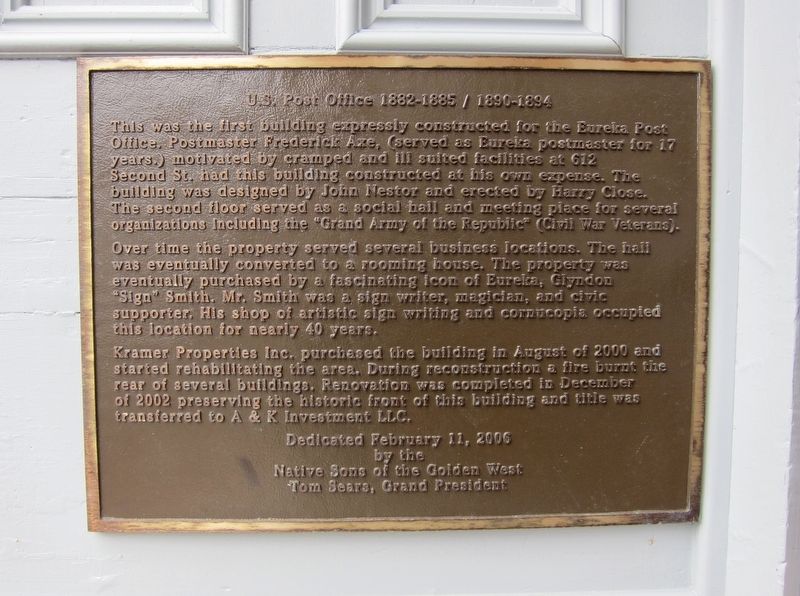 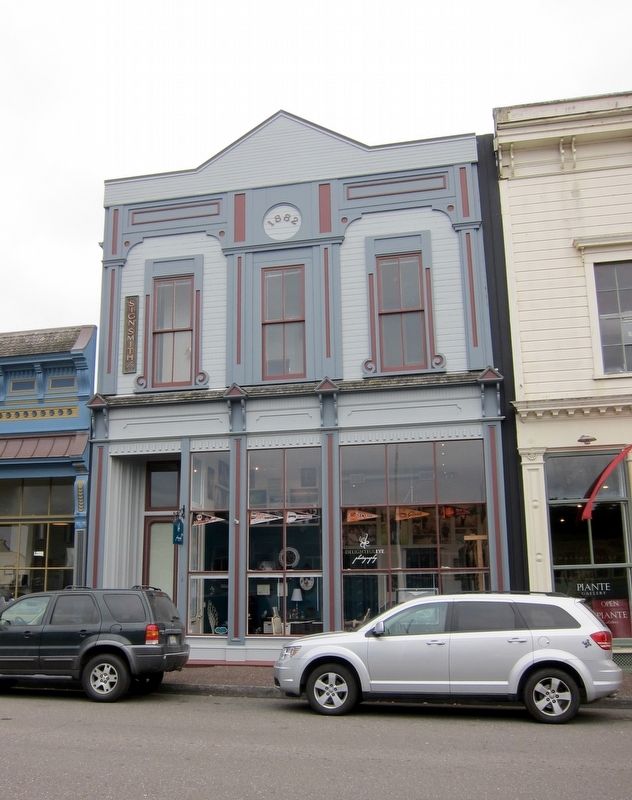 In the late nineteenth century, Frederick Axe served as the long-time postmaster of Eureka. After enduring cramped quarters while overseeing a tiny post office on Second Street, he decided to have a new building constructed at his own expense. This post office served Eureka from 1882 to 1885 and again from 1890 to 1894. Fred Axe held the position of postmaster in Eureka for a total of 17 years.

On the second floor of the building, a meeting hall was made available for use by social clubs as well as for civic gatherings and events. It was often used for the meetings of a Civil War veterans organization, called the "Grand Army of the Republic." Later, the property was converted into a boarding house, until it was purchased by the unusual entrepreneur, Glyndon "Sign" Smith. "Sign" Smith was a sign-maker, professional magician, and philanthropist who opened a shop in this building. The shop offered customers a cornucopia of quality products, as well as artistic signs handmade to order.

Sign Smith's shop remained in operation for forty years. During this time, the property became known locally as the Sign Smith Building. It is still referred to by this name today. Sign Smith was the longest serving member of the Rotary Club of Eureka. He served for sixty-nine years and created a generous endowment fund. A committee named in his honor to administer this endowment has helped to fund numerous charitable and civic projects in Eureka over the years.

After the property changed hands in 2000, a renovation was undertaken. However, a fire caused the rear of the building to become damaged. After the renovation was completed in 2002, this space has housed various commercial tenants. In 2006, a historical plaque was placed on the property by the Native Sons of the Golden West. The marker appears near the front entrance. The original date of construction (1882) also appears on the facade of the building.