The Siege of Boonesborough

The Siege of Boonesborough took place from September 7-18 1778, when a force of Shawnee indians attacked a Kentucky settlement after their leader, famed frontiersman Daniel Boone escaped Shawnee capture. The site of the settlement of Boonesborough has been made into a state park, where the siege is reenacted yearly. The siege has also been dramatized in an episode of the 1964 CBS series "The Great Adventure"

Replicas of the cabins used in the fort. 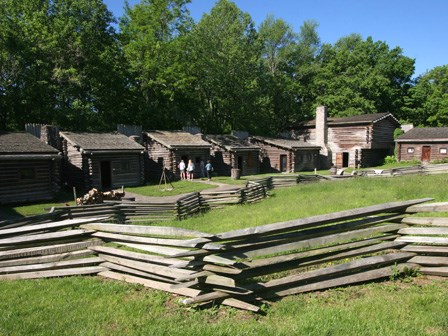 sketch of what the settlement looked like in the 1770s

A photo of one of the reenactments of the siege 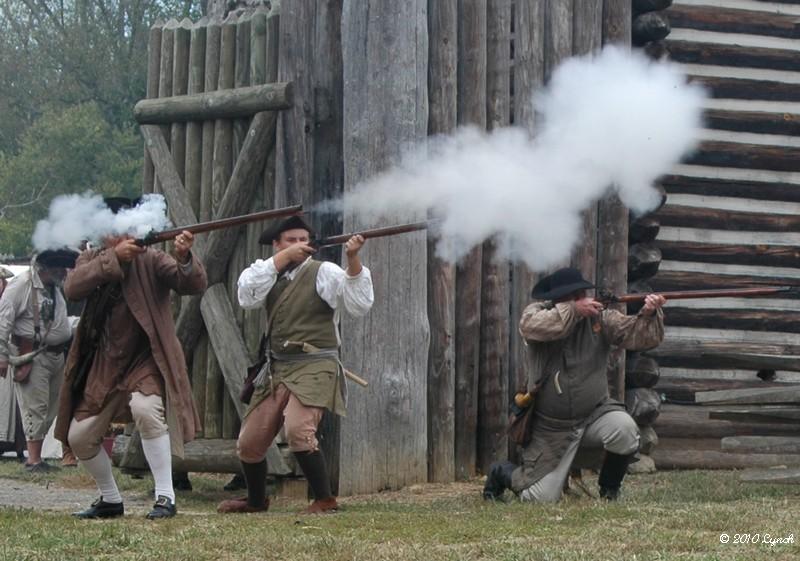 The settlement of Boonesborough was founded in 1775. The Native American population were not happy about settlers expanding into Kentucky and settling over their hunting grounds, and subsequently sided with the British when the American Revolution broke out. One of the lead antagonists of the settlers was Chief Blackfish of the Shawnee. Raids broke out among the forts in the west, with Americans venturing out of their forts being very likely to be captured or killed. The indians also destroyed crops and killed cattle, so the settlers had no choice but to venture out of Boonesborough. Eventually, Daniel Boone was captured along with some of his men in a surprise attack. Blackfish wanted to capture the fort soon after Boone's capture. But Boone convinced him that the women and children were not strong enough to survive the winter as prisoners. But Boone soon escaped capture and returned to Boonesborough.

After Boone's escape, Blackfish gathered a force of about 450 Native Americans and a small group of allied white men to siege the settlement. The settlement tried to reach negotiations with the indians, but were ultimately unsuccessful, and soon gunfire began to erupt from both sides, although it is unclear which side fired first. Gunfire was exchanged over several days, and Boone, who was mistrusted upon his return over rumors of him becoming loyal to Britain began to spread after the settlers learned he willingly surrendered to the Shawnee, began to assume the role of leader once again, and urged the settlers to conserve their gunpowder. The Shawnee launched their final assault on September 17, trying to set fire to the fort, but they were soon forced to retreat. The settlers only suffered two fatalities in the siege.

After the siege, charges were brought against Daniel Boone, claiming that he was "in favour of the British Government", after Boone had willingly surrendered to the Shawnee in order to save the lives of his men. The court later found Boone not guilty and was made a major due to his heroic actions. Despite being cleared of the charges, the experience was still a humiliating one for Boone, who spoke little of the incident since.