St. Peter's Church was established in 1866, and in 1868, parishioners built a school staffed by the Congregation of Sisters of St. Agnes, as well as a convent for the sisters. The sisters taught at St. Peter's until 1969. In 2000, the church became part of the Holy Family Catholic Community. 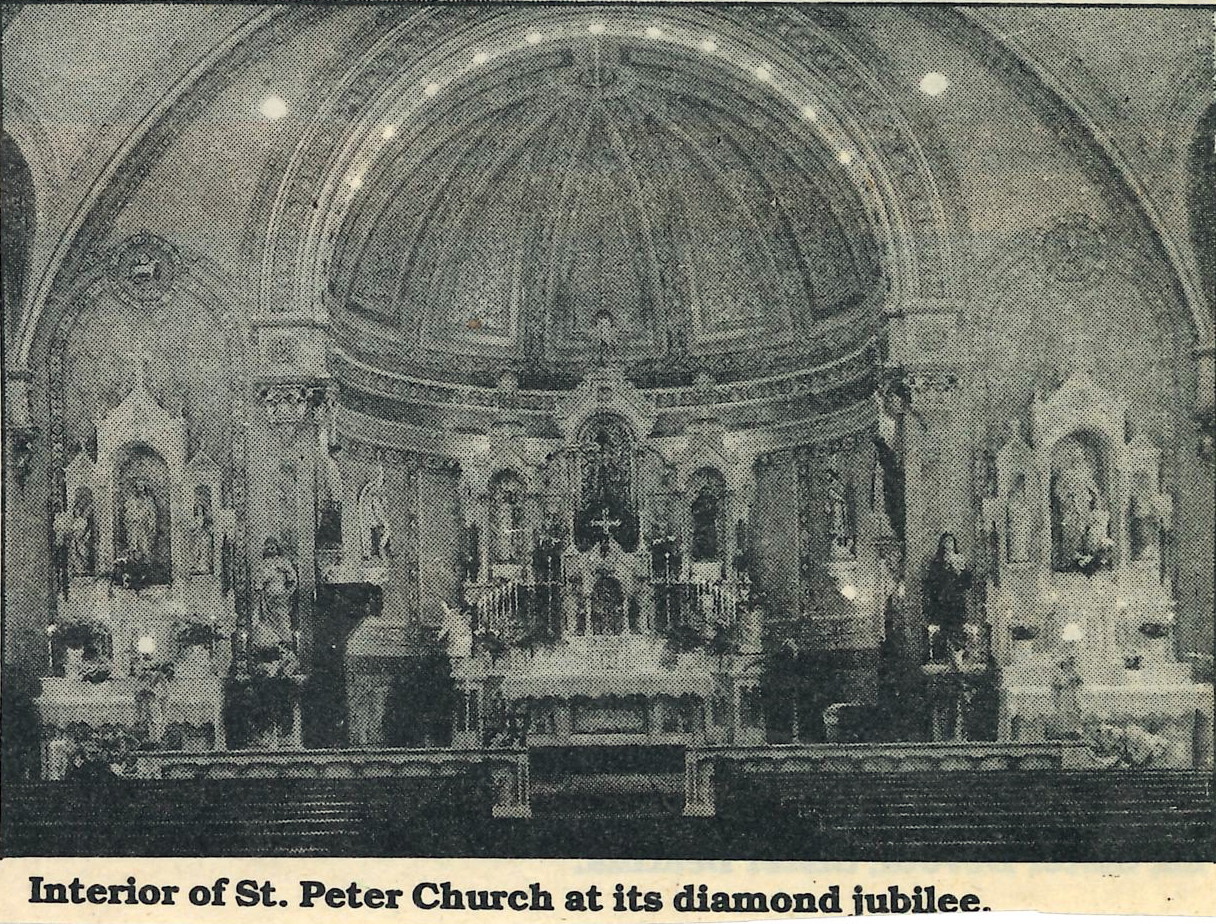 St. Peter's Parish was organized in 1866 by 42 families, mostly of German origin. B.F. O’Laughlin donated two acres of land and a wood frame church was built for a cost of $2724.29. Two more acres were donated by Martin Gruenheck, which were used for St. Peter’s Cemetery.

Two years later, a school and convent for the Sisters of St. Agnes were constructed. Church meeting minutes from 1884 state that Sister Cecilia’s regular pay was $140, plus two bushels of cleaned wheat from each family. By 1906, the teachers’ salary was $400 with “no further inclusions.”

A pipe organ was purchased in 1898, and in 1914 construction began on a new church after $22,000 had been raised from parishioners. The Immel Construction Company completed the work.

The parish was served by the Capuchin Fathers of Mt. Calvary but didn’t receive its first resident pastor until 1927. Father Charles Schmitz and church trustees raised $24,000 to build a parsonage for Schmitz.

In 1932, the church was renovated with altars, stations of the cross, and new pews and in 1941, central heating was added.

St. Peter’s School closed in 1969 due to funding problems and the withdrawal of the sisters who taught there.

In 2000, all Fond du Lac area Catholic churches merged into one parish — Holy Family. Mass continues to be celebrated at St. Peter’s on Wednesdays and weekends.