Fort Massachusetts was constructed as part of the nation’s Third System of Coastal Defense. During its construction, the U.S. Army Corp of Engineers faced a harsh environment, hurricanes, yellow fever epidemics, and the Civil War. The fort was finally completed in 1866. While all other buildings on Ship Island from the 1800s disappeared with the military, Fort Massachusetts still stands today and is located on the north side of Ship Island, Fort Massachusetts was built between 1859 and 1866, and during the Civil War, Confederate troops briefly occupied the fort in 1861 before it was recaptured by the United States and served as a Union naval fort. Construction of the fort continued during the war. Despite its exposed location, the fort has largely been able to withstand harsh weather. Hurricane Camille (1969) and Katrina (2005) failed to significantly undermine the structure. The fort and island are a part of the Gulf Islands National Seashore, which is administered by the National Park Service. The island, which is 12 miles from the mainland, is accessible by private boat or a public ferry. The fort is open to visitors.

Fort Massachusetts was built between 1859-1866. It is well preserved and is open to visitors. 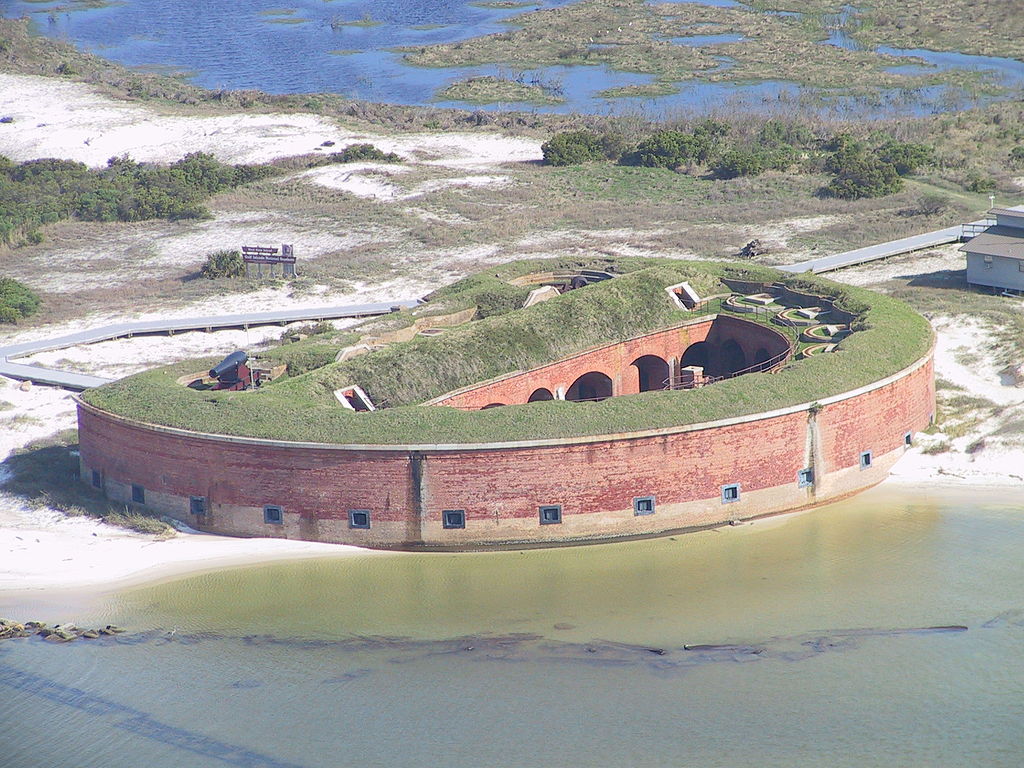 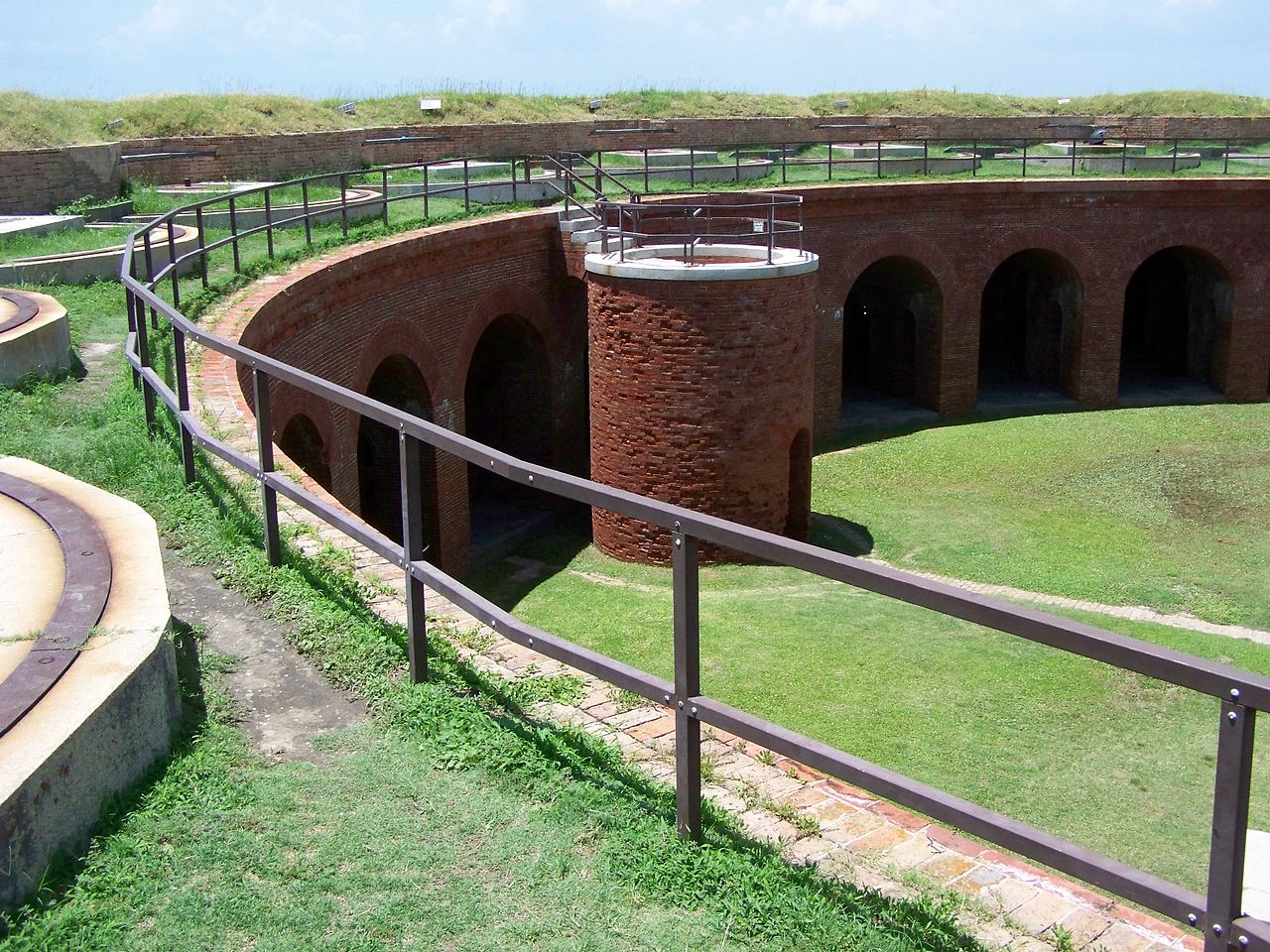 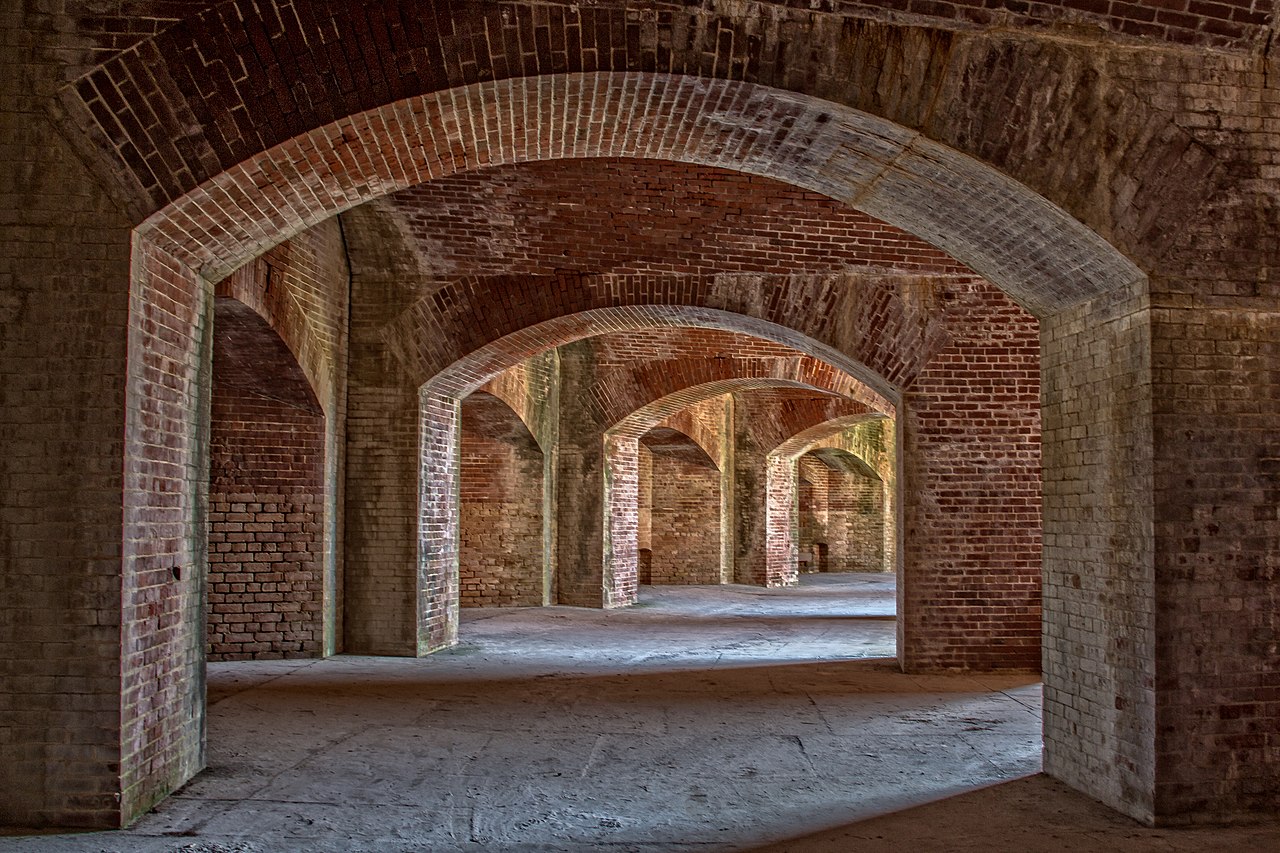 Following the War of 1812, the War Department studied and planned the construction of masonry fortifications for coastal defense. Because of Ship Island's natural deep-water harbor and its location near important ports, this small island was viewed as an important strategic location. However, the fact that it was remote posed logistical problems which delayed construction until the mid-1850s. By the start of the Civil War in 1861, the walls of the fort stood only 6 to 8 feet above the level of the sand.

Shortly after Mississippi seceded from the Union in January, 1861, Mississippi militiamen took possession of the island and the unfinished fort. They soon abandoned the island, however, given the difficulty and expense of provisioning a garrison on the small island. Confederate troops returned in June and mounted several cannons on the island. On July 9, the small Confederate battery engaged the USS Massachusetts, but the brief exchange of cannon fire resulted in few injuries and little damage to the ship. This 20-minute exchange would be the only military engagement in which Ship Island or the fort would be directly involved. It also led to the island's nickname as "Fort Massachusetts" (the Army never gave the fort an official title).

The Confederate battery again abandoned the island in mid-September. The Union occupied the island and used it as a staging area for the campaign against New Orleans in the spring of 1862. During the campaign, as many as 18,000 U.S. troops were stationed on the island. Through the remainder of the war Union ships stopped at the island for repairs and to pick up supplies. Several companies of the 2d Louisianna Native Guard, one of the first African-American regiments in the United States Army, were stationed on the island for almost three years. The island's harsh environment took its toll on many of the men. More than 230 Union soldiers eventually died and were buried on Ship Island during the Civil War. The remains of many of the casualties were later reburied at Chalmette National Cemetery, near New Orleans. The Corps of Engineers finished the fort shortly after the war. Unsurprisingly, it was a lonely outpost, manned by an ordnance sergeant until 1903.

After 1903, the lighthouse keeper of the Second Ship Island Lighthouse, which was built in 1886, was responsible for maintaining the fort in a state of readiness should it ever be needed for coastal defense (the First Ship Island Lighthouse was built in 1853 and operated until 1885; it finally collapsed in 1901). The second lighthouse operated until 1957 but was destroyed by an accidental fire in 1972 (a replica was built but Hurricane Katrina destroyed it in 2005).

The fort has been restored on a few occasions and sand is also spread around it to keep seawater at bay. It was added to the National Register of Historic Places in 1971.

All images via Wikimedia Commons: https://commons.wikimedia.org/wiki/Category:Fort_Massachusetts_(Mississippi)