On September 29, 2018, Phillips Academy renamed the Great Quad in honor of African American alumnus Richard T. Greener, class of 1865. According to Head of School John Palfrey, the dedication of the Quad was made possible by an anonymous donor and funds gathered by Andover’s Knowledge and Goodness Campaign. 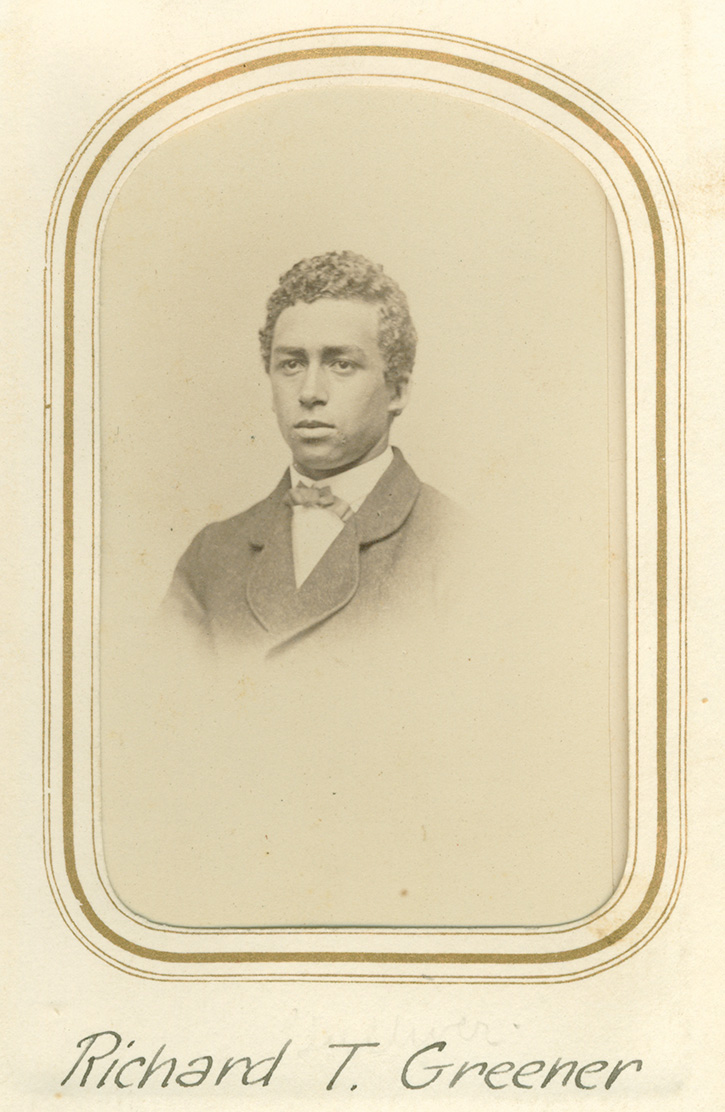 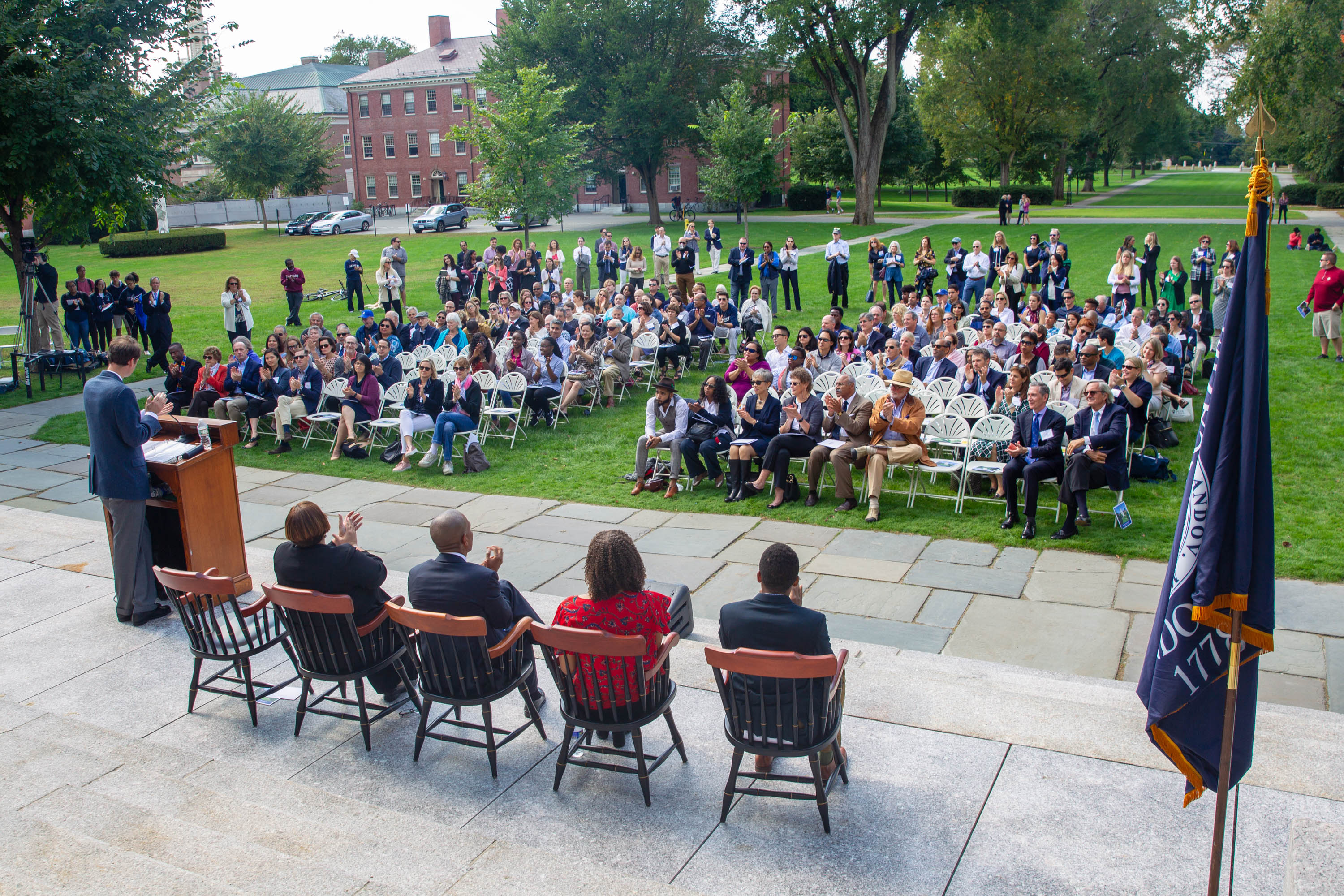 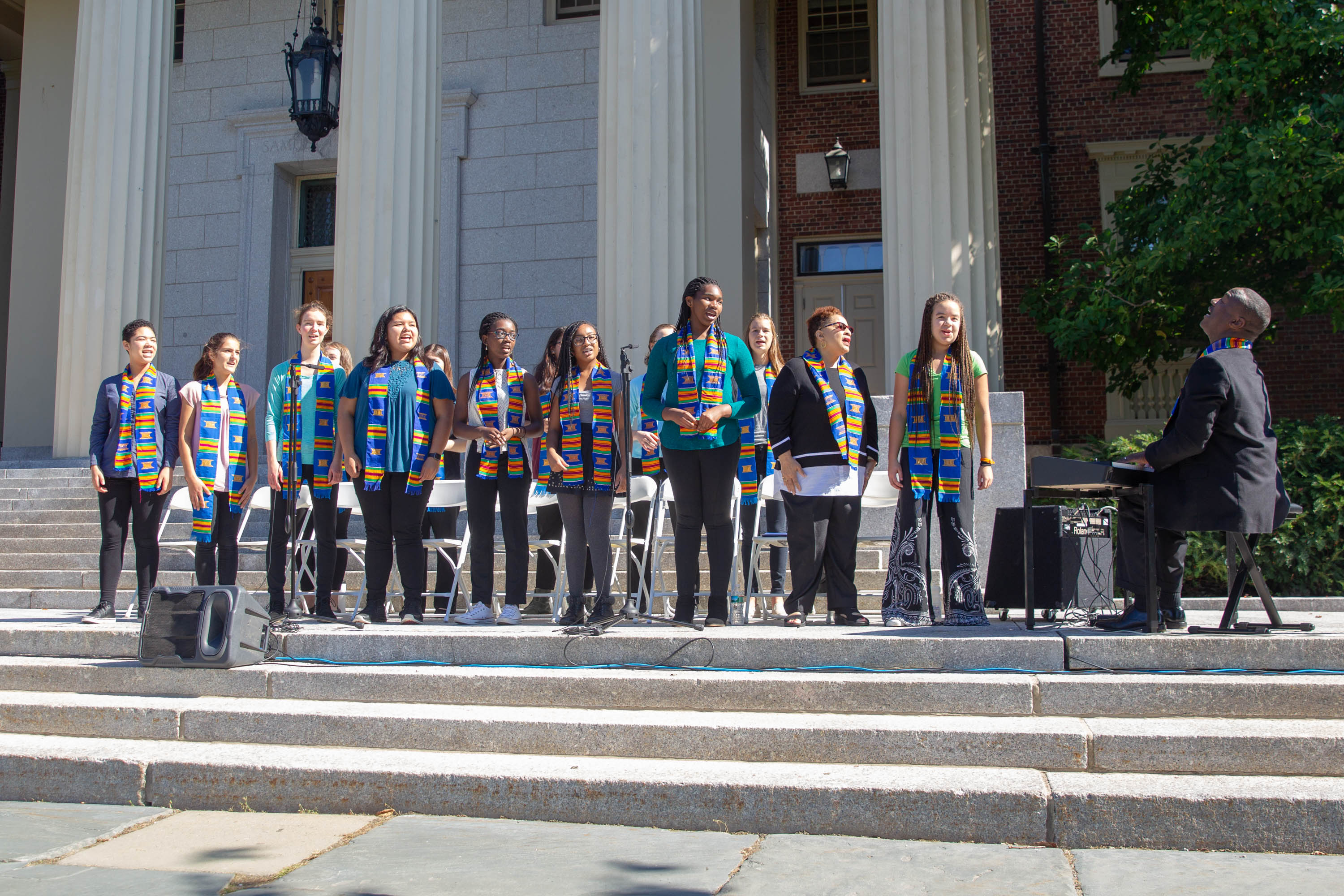 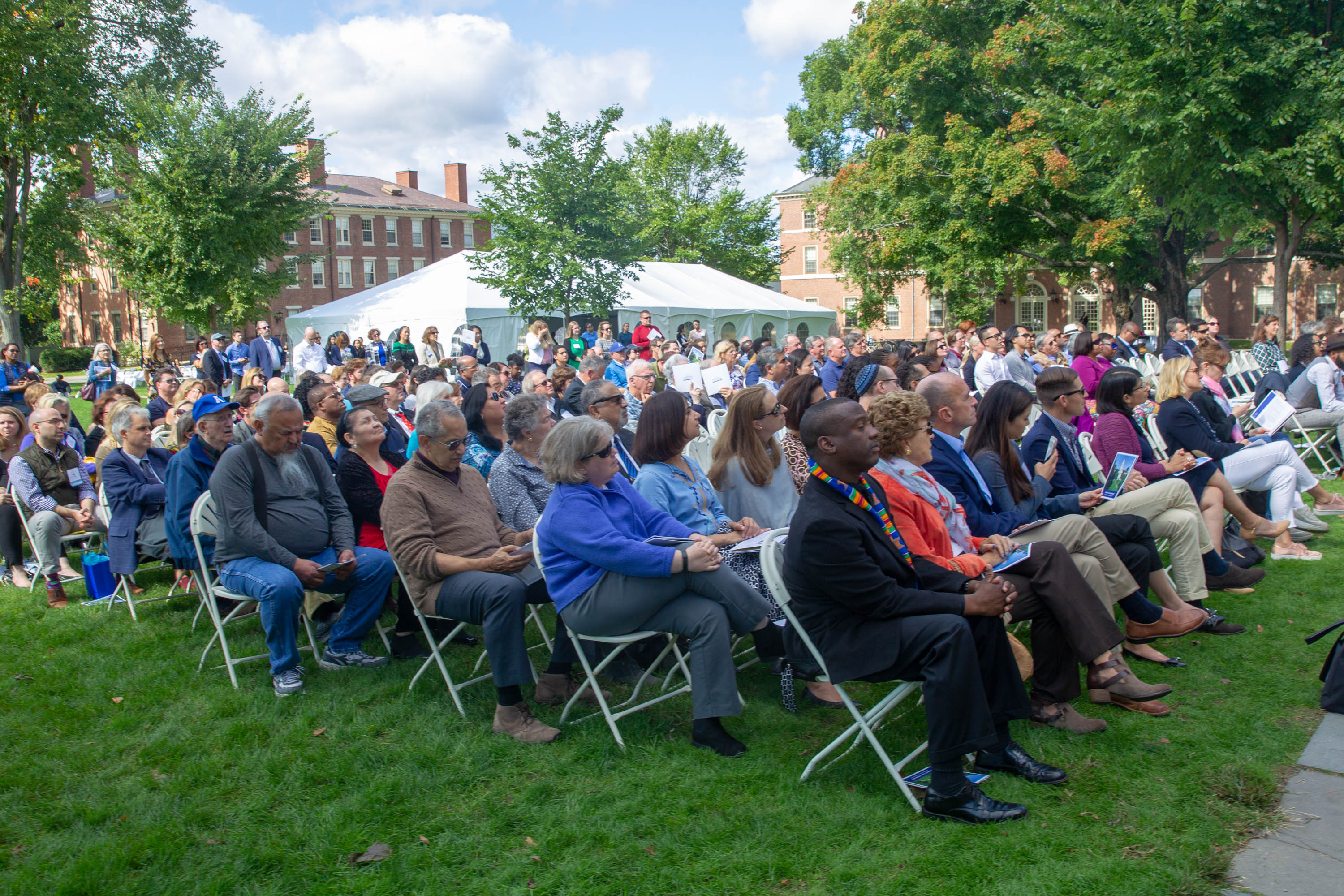 A group from the class of 1865 with a framed photograph of Richard Greener in the center, 1915 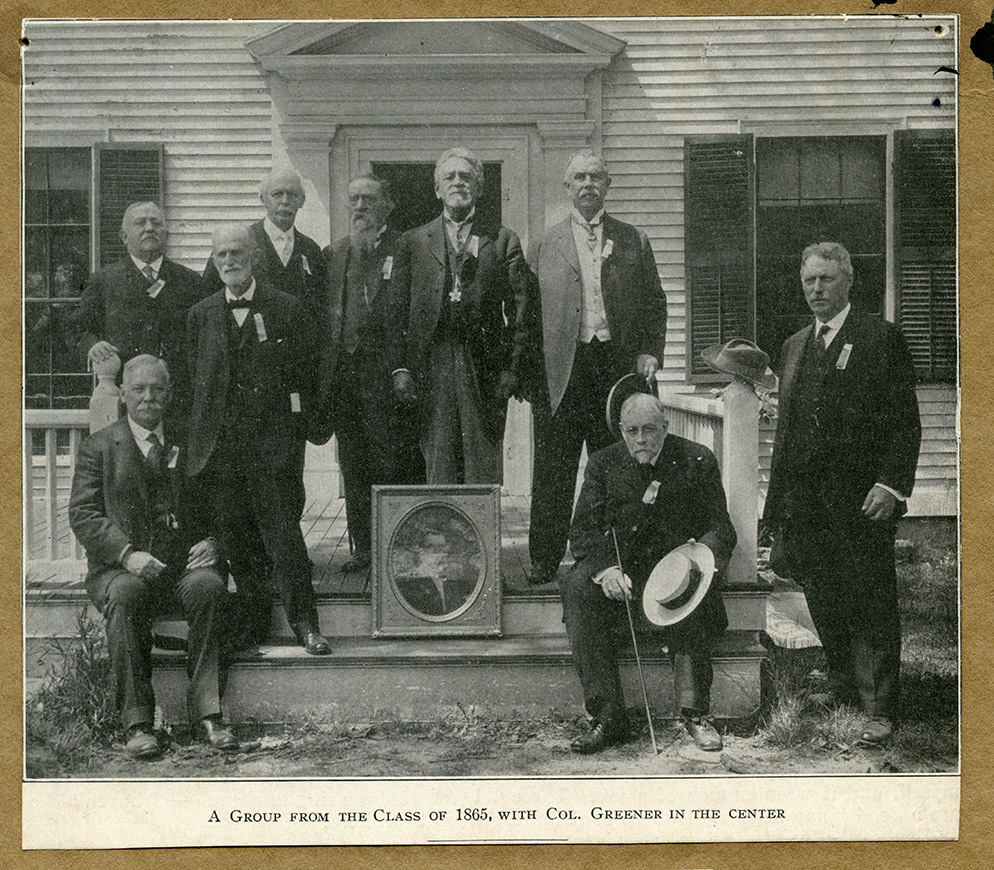 Richard Theodore Greener was born in 1844 in Philadelphia. After graduating from Phillips Academy in 1865, in 1870 he was the first African American to graduate from Harvard College. He was editor of the Mirror of the Philomathean Society, a student publication, while at Andover. Greener was an active and notable voice for the rights of Black Americans in the Reconstruction period, serving as both dean of Howard University Law School and associate editor of Frederick Douglass’s newspaper, New National Era. He also held a key U.S. diplomatic post in Vladivostok, Russia, during the Russo-Japanese War. A deeply loyal alumnus, Greener referred to his time at Andover as “my awakening.”